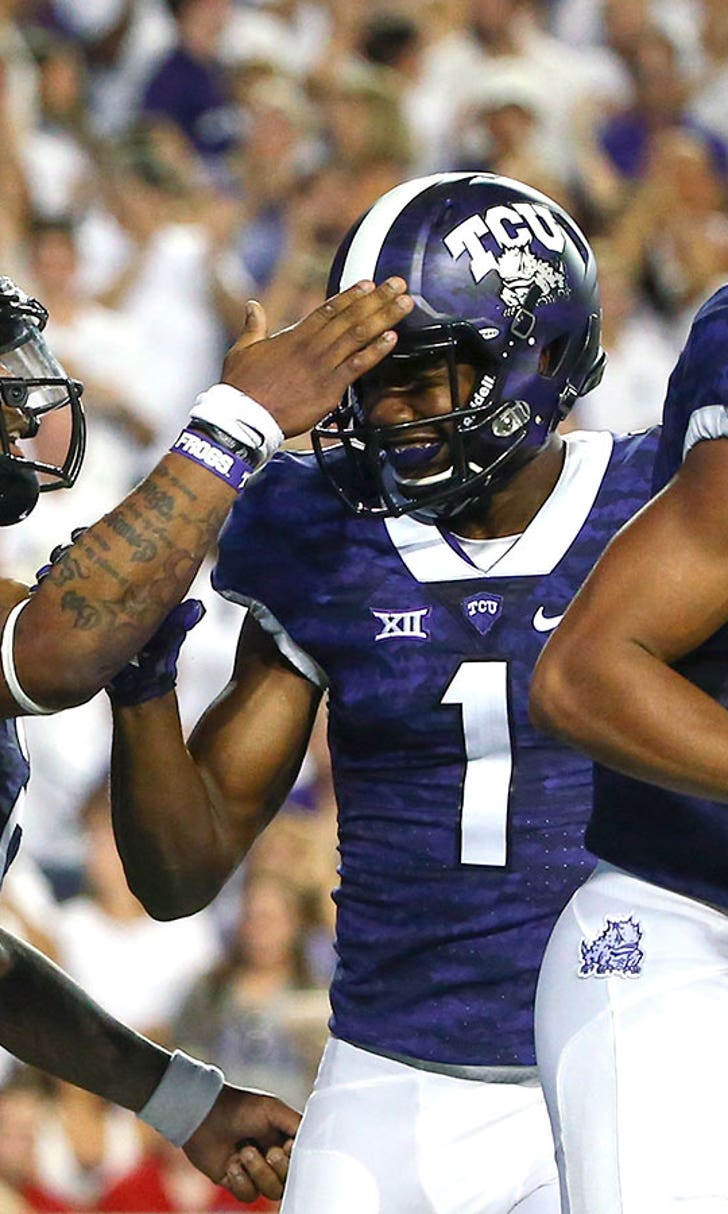 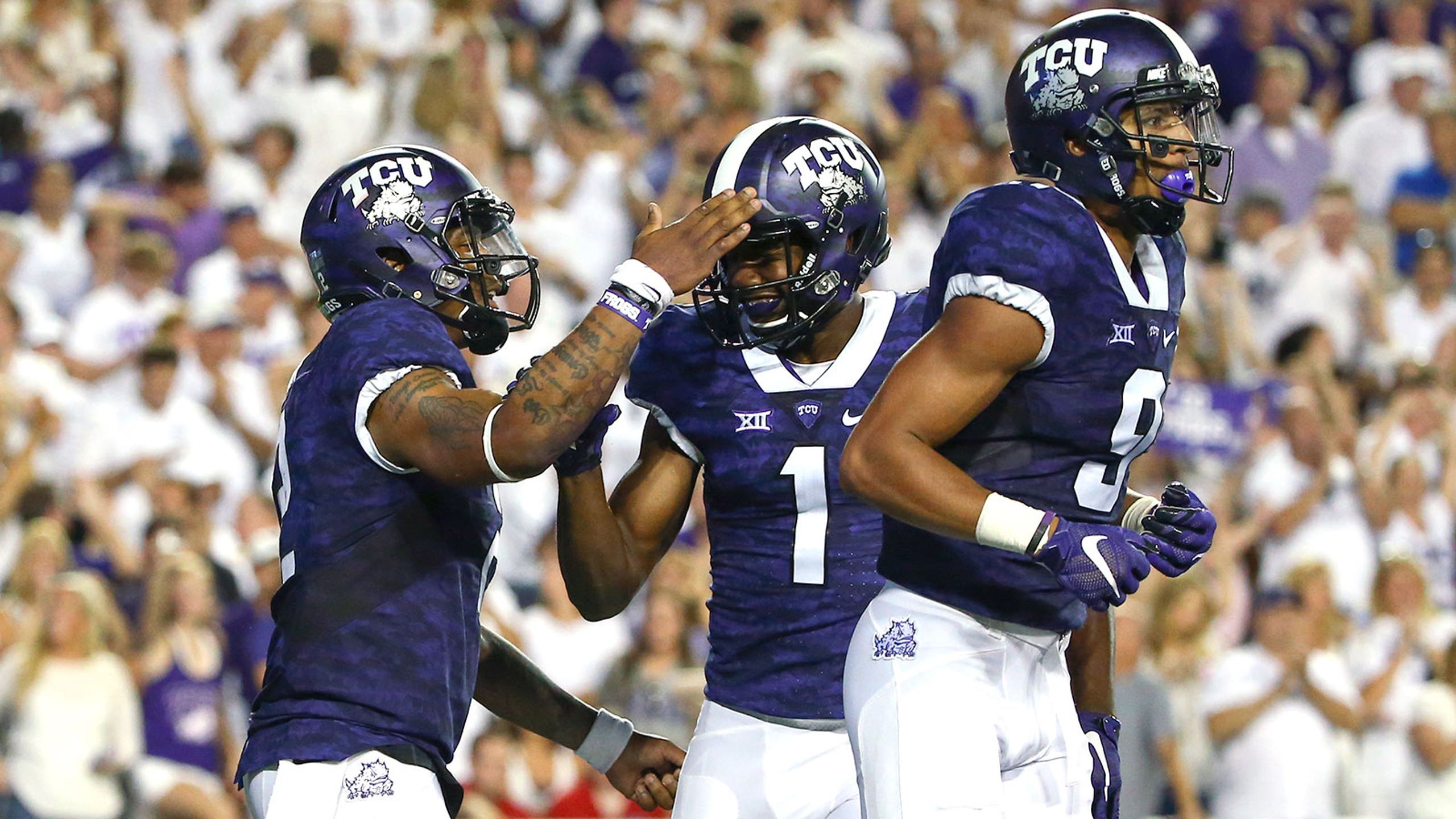 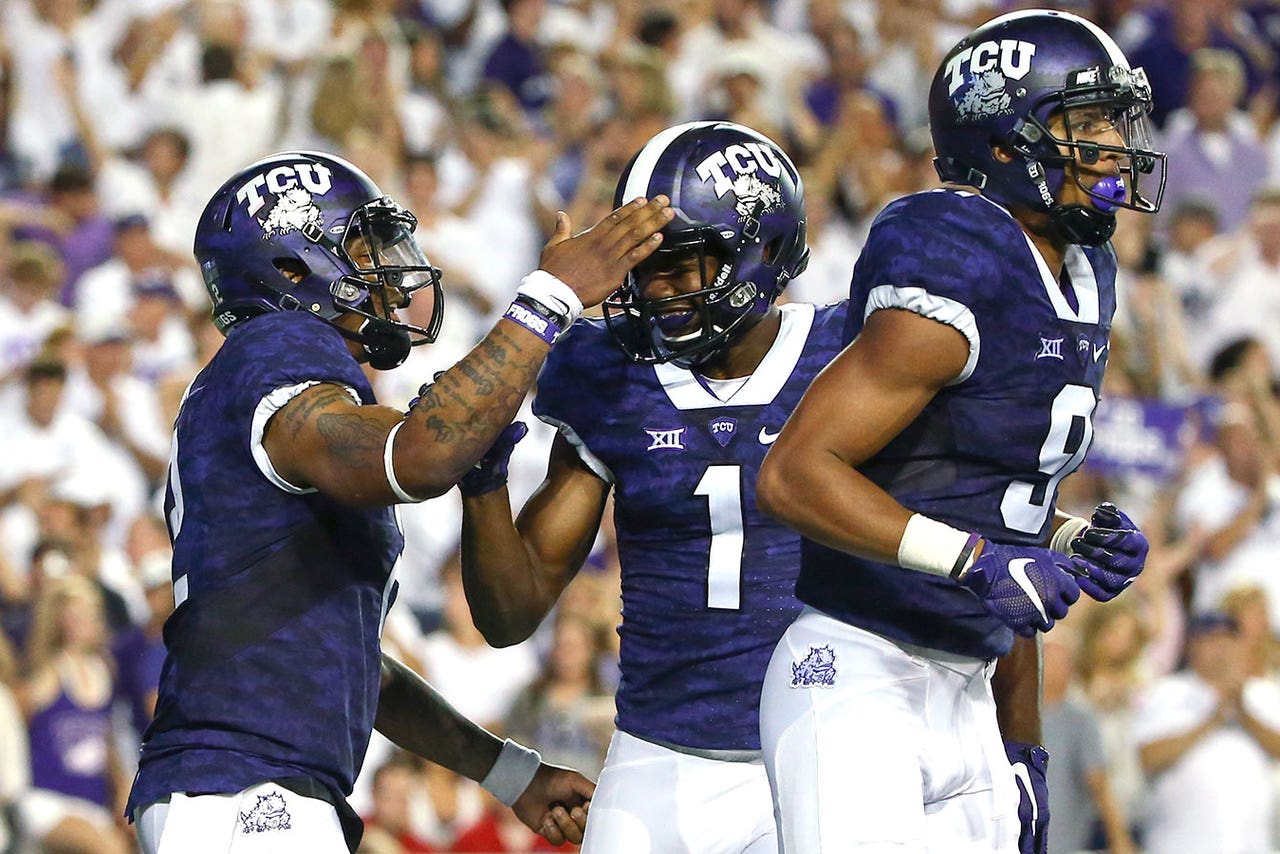 The most dangerous pass-catch combination in college football officially resides at TCU. Quarterback Trevone Boykin and wide receiver Josh Doctson were both among the 20 semifinalists named Monday for the Maxwell Award recognizing the collegiate player of the year.

TCU is the only school to have more than one semifinalist. The senior Boykin, along with Mississippi State quarterback Dak Prescott, are the only repeat semifinalists from last year. A Heisman candidate, Boykin ranks second nationally in total offense (431.4 yards per game) and third in passing efficiency (177.2 rating), while completing 66.7 percent of his pass attempts.

He has 28 touchdown passes and just five interceptions, and is averaging 365.9 yards a game. He's also TCU's second-leading rusher with 524 yards, averaging 6 yards a carry.

Also on Monday, Boykin was named a semifinalist for the consecutive year for the Davey O'Brien Award, given to the nation's top college quarterback.

When Boykin takes to the air, chances are he has the 6-foot-3 senior Doctson targeted. Doctson has 71 receptions, a new TCU single-season record, and 46 more than the next highest on the Horned Frogs. He has 14 touchdowns and leads the nation with 156.3 receiving yards per game. He has joined former Texas Tech star Michael Crabtree as the only receivers in the last 20 years to have six straight games with at least 100 yards receiving and two touchdown catches.

Boykin and Doctson lead No. 5 TCU into a critical Big 12 matchup Saturday at No. 12 Oklahoma State, which has matched the Horned Frogs' records of 8-0 and 5-0 in Big 12.