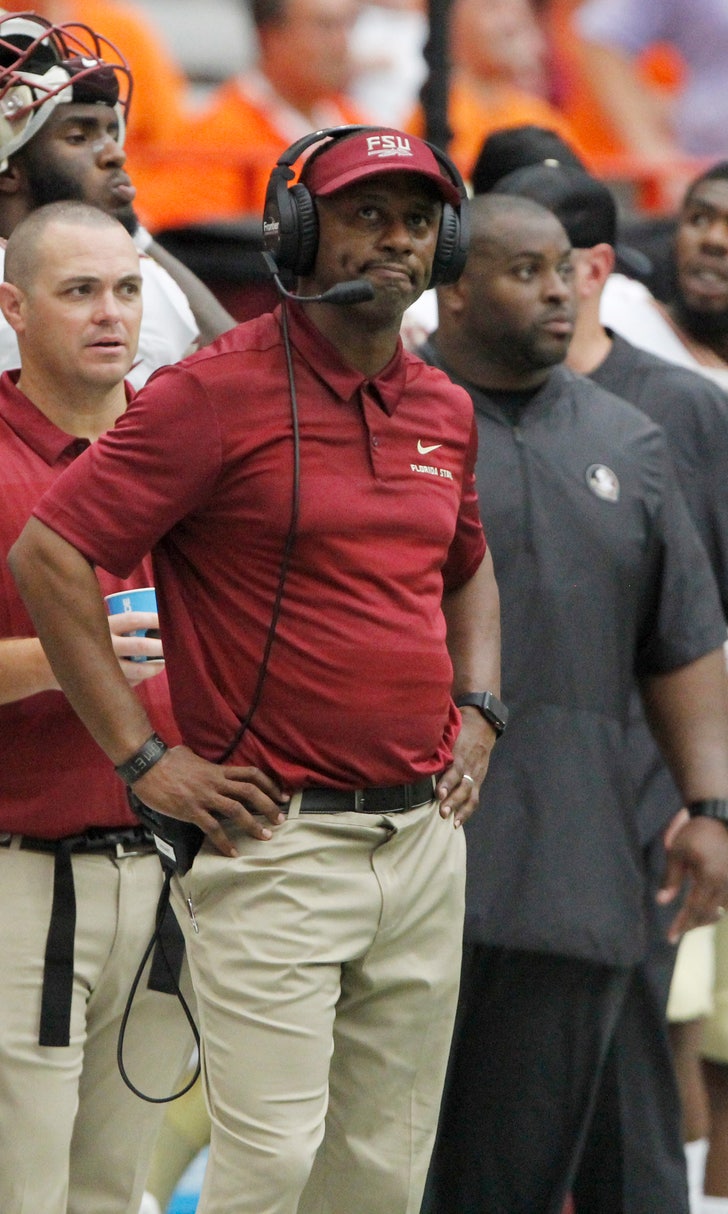 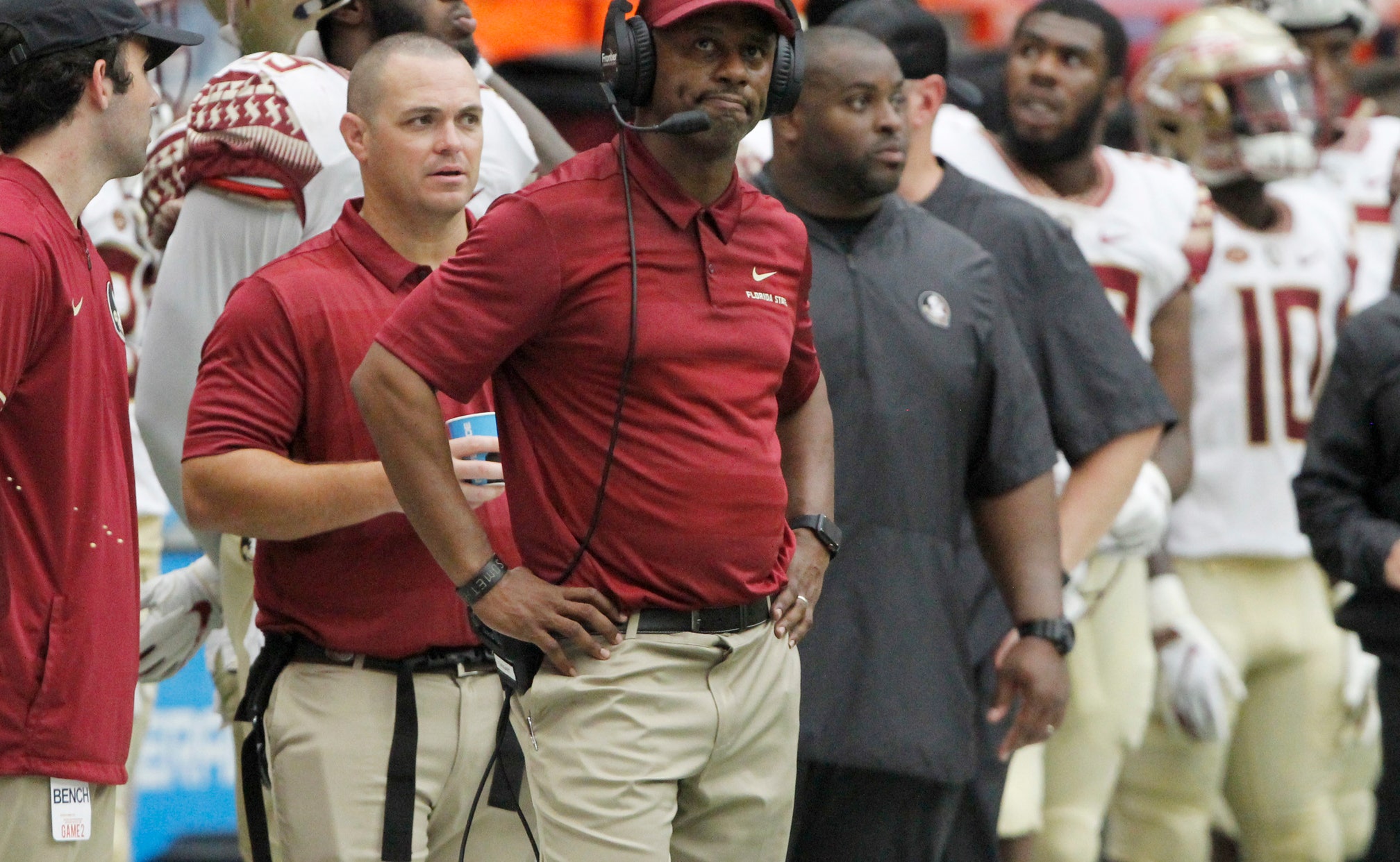 Taggart has just one win in his first three games in Tallahassee. But that's not new for him. Taggart went 2-10 in his first seasons at Western Kentucky (2010) and South Florida (2013). And while he started last year 4-1 in his only season at Oregon, the Ducks finished the regular season 7-5.

"We all want things right now, including myself," Taggart said. "But I think we all got to understand that sometimes they don't come our way, but we got to find answers and stay the course."

Taggart remains focused on the road ahead.

He is defiant that the Seminoles' offensive line problems are correctable in practice through better fundamentals and technique. He has supported quarterback Deondre Francois, who has struggled to make quick decisions in the face of a constant pass rush. And he is encouraged about the performance of the Seminoles' defense, which has kept them in games despite being forced to stay on the field for long stretches.

The Seminoles (1-2) have managed just 10 points in their losses to FBS teams, which is also the same number of sacks they have allowed. They will be without their top linemen, Landon Dickerson and Derrick Kelly, on Saturday when they host Northern Illinois (1-2).

Taggart believes that over time Florida State's offense will improve.

"I know at South Florida with our new offense, it took time because guys wasn't accustomed to going fast, they wasn't accustomed to no-huddle, those type of things," Taggart said. "Going out to Oregon, it was a little different because they had been doing those things. Coming to Florida State, you see how some of those things we're still getting acclimated, getting better at each and every week."

"Our job is to be disruptive and win our 1-on-1s," NIU coach Rod Carey said. "I think we have a good opportunity to do that."

Some other things to look for when Florida State plays host to Northern Illinois on Saturday:

OFFENSES COULD USE A REBOOT

NIU has scored 37 points in three games this season while Florida State has managed 46 points (36 of those coming in a win over FCS foe Samford).

Rod Carey's first game at NIU came against Florida State in the 2013 Orange Bowl. When Dave Doeren left to take the job at N.C. State in December 2012, Carey was promoted and has led the Huskies to a 45-26 mark.

"That was a special time for all of us," Carey said. "Going to the Orange Bowl, this program, this university, this city and obviously me personally . It was such a blur. Experience is the biggest way I've changed. Understanding that you're never ready for this job. You need to have good people around you. Coaches are like quarterbacks - we get way too much credit and way too much blame."

NIU is facing Florida State for a $1.6 million guarantee. Administrators have used the paydays to help fund football and athletics at the school while players have embraced a tradition of not just playing Power 5 teams but often beating them.

Florida State will play on Saturday without a pair of offensive linemen, Dickerson (ankle) and Kelly (leg). Taggart also announced that tailback Khalan Laborn (knee) is out for the season, and that defensive back Isaiah Bolden (shoulder) is likely out for the season.

Dickerson suffered an ankle injury in the season opener against Virginia Tech and has not returned to practice. Taggart said there is no timetable for his return.

"I know his rehab is going very well and he's itching to get back out there," Taggart said. "Hopefully sooner than later."

Reserve safety Calvin Brewton has left the team, a Florida State spokesperson confirmed. Brewton played in the Seminoles' first two games but did not record any stats. He primarily played on special teams during his three-plus seasons in Tallahassee.