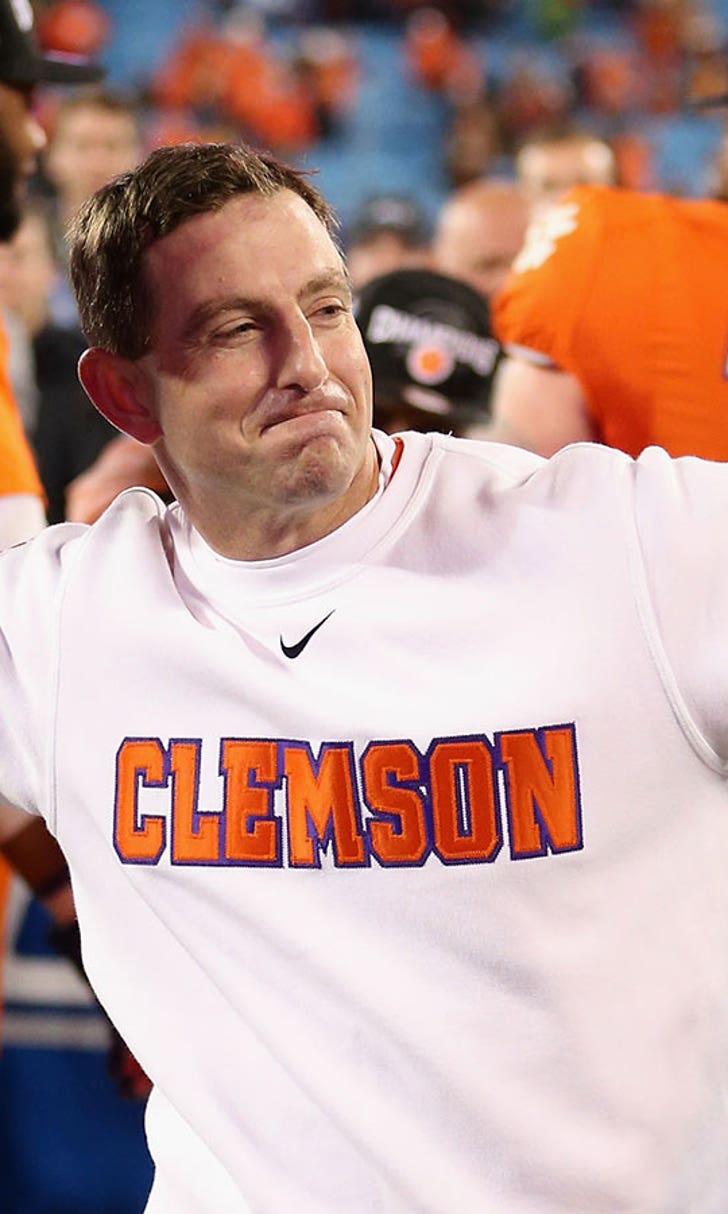 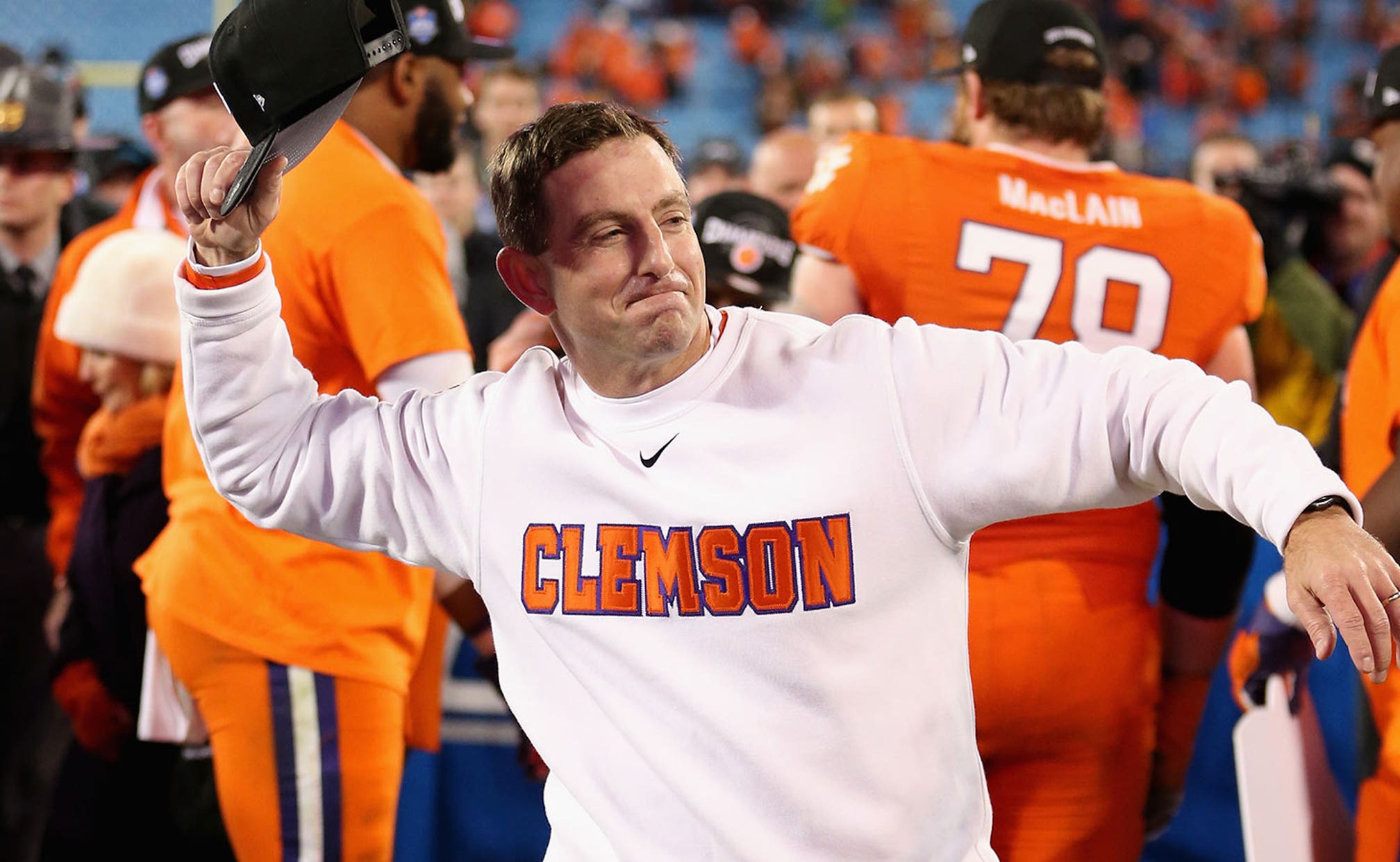 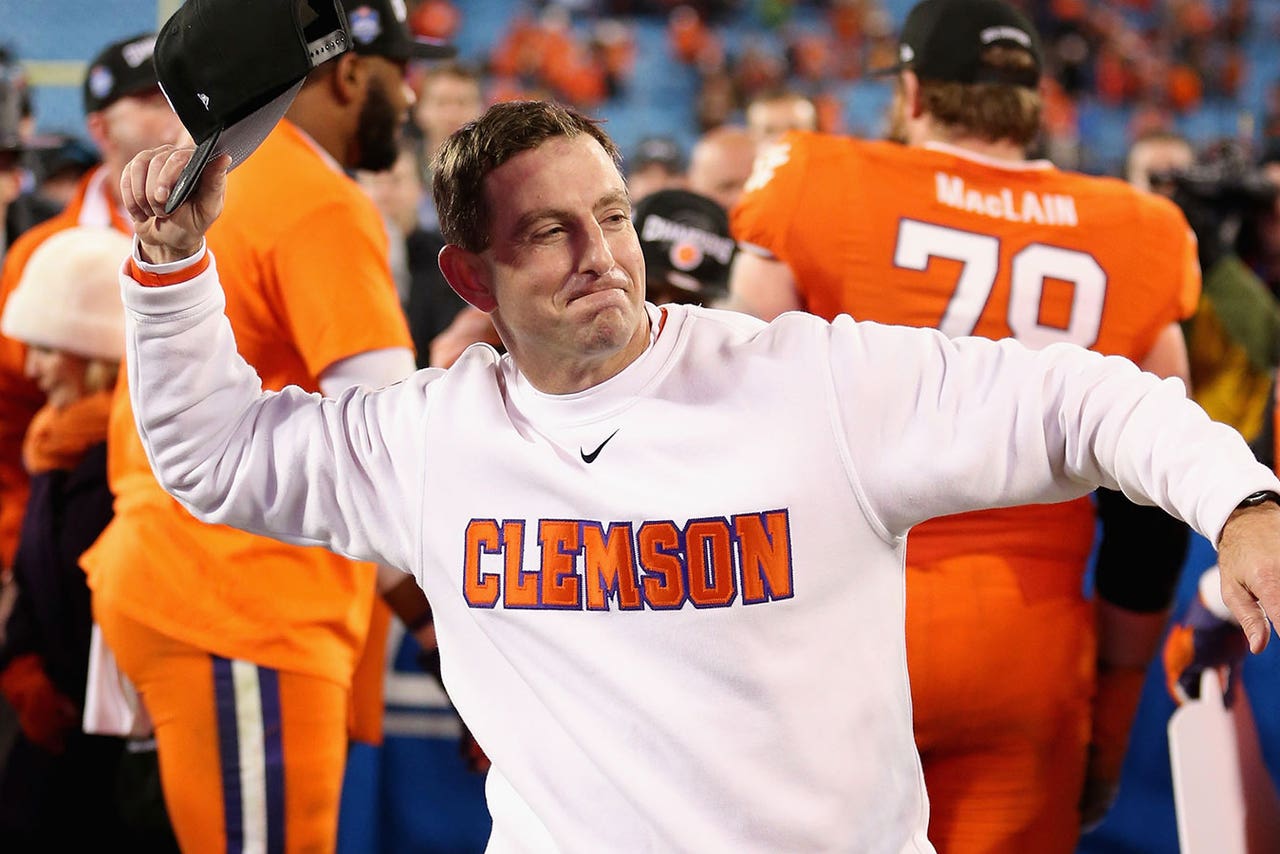 Clemson's Dabo Swinney is The Associated Press college football coach of the year after leading the Tigers to an unbeaten regular season and the longest run as the No. 1 team in the country in school history.

"I am very honored to receive the AP National Coach of the Year award," Swinney said in a statement to the AP on Monday. "Football is a great team sport and any individual honor is a result of having a great group of players and staff. I am blessed to have student-athletes and coaches that believe in what we do. This award is a reflection of their hard work and commitment."

Swinney is the first Clemson coach to win the award, which was first handed out in 1998, and the first ACC coach since Jim Grobe from Wake Forest in 2006. Last year's winner was TCU's Gary Patterson.

Behind Swinney, the Tigers (13-0) won the Atlantic Coast Conference and enter the College Football Playoff as the top seed. Clemson will face fourth-seeded Oklahoma in the Orange Bowl semifinal on Dec. 31 for a spot in the national championship game. Clemson's last and only national title was 1981.

The 46-year-old Swinney is in his seventh full season leading Clemson after being promoted from wide receivers coach in 2008. Since going 6-7 in his second full season with the Tigers, Swinney has won at least 10 games each year, building one of the most consistently successful programs in the country.

"After seven years of beating the drum, our foundation has taken root," Swinney told the AP in an interview last month. "I have to continue to protect that culture. And you do that through every decision that you make. Staying true to who you are.

A willing and enthusiastic postgame dancer and always good for a memorable sound bite -- "Bring your own guts!" -- Swinney has become a star during Clemson's best season since the Tigers won the 1981 national title. He hosted a pizza party for thousands of Clemson fans at Memorial Stadium after the Tigers won the ACC title game and rented out an amusement park for his players last Saturday.

This season started with high hopes for Clemson, but some caution. The Tigers had to replace most of the starters from last season's top-ranked defense, along with offensive coordinator Chad Morris, who left after last season to become SMU's coach.

Under Venables, who was hired away from Oklahoma after the 2011 season, the defense is tied for ninth in the country, allowing 4.68 yards per play.

The offense under co-coordinators Jeff Scott and Tony Elliott, who were promoted from within by Swinney, is 22nd in yards per play (6.43) and set a school record with nine straight games of at least 500 total yards.

Swinney's ability to surround himself with quality coaches might be his greatest strength.

"Good coaches are a dime a dozen. Guys that know football, dime a dozen," Swinney said. "Good coaches that are about the right things. Good men. Good husbands. That's a whole different deal." 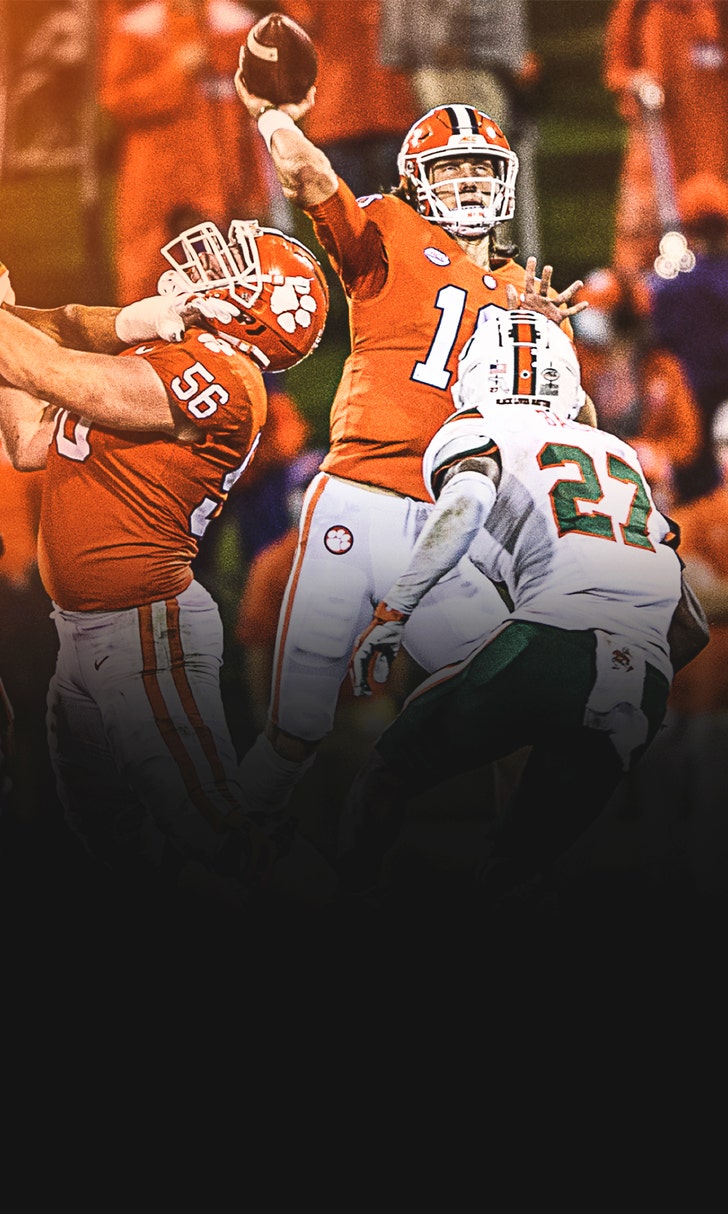