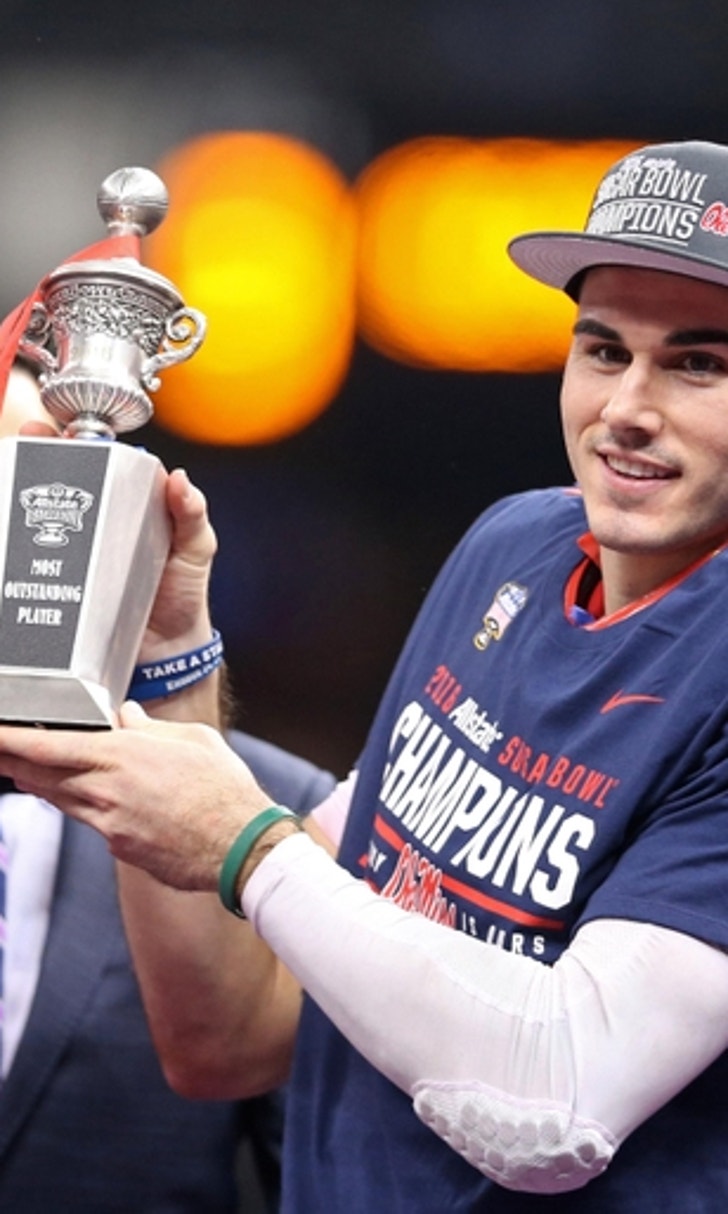 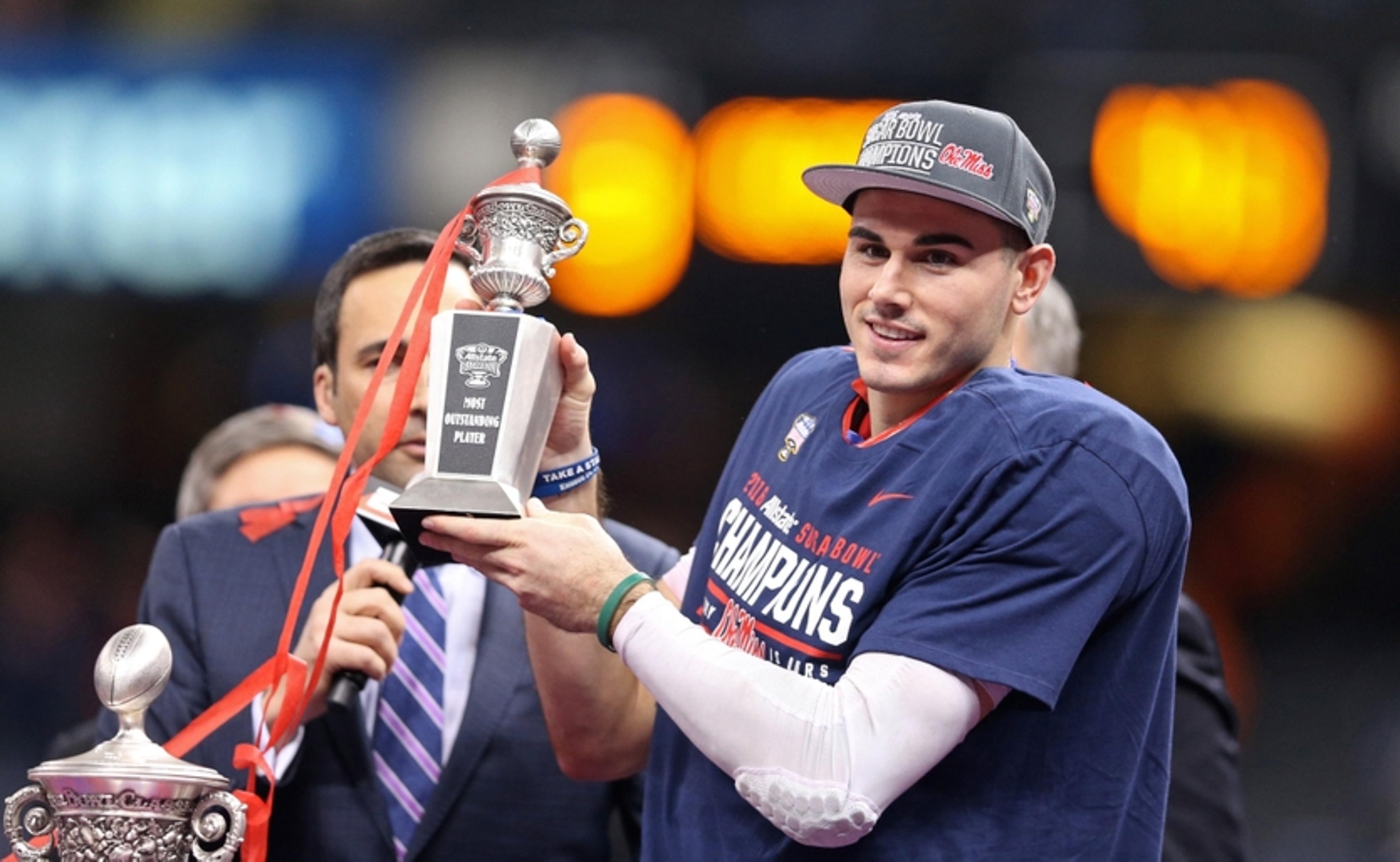 Sugar Bowl: The MVP for Each Team if They Win

Here we take a look at who will be the MVP for either Auburn or Oklahoma in the Sugar Bowl depending on which team wins on January 2.

We are less than a week away from the Sugar Bowl matchup between Oklahoma and Auburn, so it’s time to start breaking down the matchup.

Today we are going to look at who the MVP will be for each team in the Sugar Bowl. There are certain players for each team that will need to step up in order for their team to win.

Usually these are pretty obvious, and for the most part they are offensive players.

Some of the past Sugar Bowl MVP winners include Chad Kelly, Ezekiel Elliot, Trevor Knight and Teddy Bridgewater.

Two of those guys are having successful careers in the NFL, while the other two capped off outstanding careers in college football this season.

Sometimes an MVP will come out of nowhere in a big game like this, but as you can see from recent history, the best players on your team usually make the difference.

I think that will be this case in this year’s Sugar Bowl as both teams rely heavily on one player from the offense to gel everything together.

If these two guys don’t perform for their respective teams, then they have little chance of winning the Sugar Bowl.

So as we prepare for the big game next Monday, let’s take a look at who the MVP will be for each team if they win the Sugar Bowl:

The junior quarterback has been outstanding the past two seasons throwing for at least 3,669 yards and 36 touchdowns in those two years.

He finished fourth in the Heisman voting last year and third this year.

Mayfield threw for at least 200 yards in every game this year except for the West Virginia game, which was played in a blizzard. In six of their games he threw for over 300 yards, and against Texas Tech he threw for 545 yards.

In eight of their games this year he had a completion percentage over 70 percent, and he’s thrown at least 2 touchdown passes in every game this year.

What I’m trying to say is, the Oklahoma offense depends heavily on the success of Baker Mayfield.

The Auburn defense gave up 223.6 yards per game through the air this season, playing in a conference that is not great at passing the football.

Mayfield will be the second or third best passer the Auburn defense has seen all year behind Deshaun Watson and Chad Kelly.

Watson threw for 248 yards and a touchdown to beat Auburn, while Kelly threw for 465 yards on 59 attempts and 3 touchdowns in a loss to Auburn.

So I guess it’s possible for Mayfield to have a big day against Auburn and still lose.

However, if Oklahoma is going to win this Sugar Bowl it’s going to be because Baker Mayfield was successful throwing the football. I think if he eclipses the 300 yard mark and throws for 3 touchdowns this will be a difficult game for Auburn to win.

It’s no secret that at the height of Auburn’s success this year sophomore running back Kamryn Pettway was literally carrying the offense.

Playing in just eight games this year he received 185 carries for 1,123 yards for a 6.1 average and 7 touchdowns.

Auburn did not lose a game this year when Kamryn Pettway had 25 or more carries. In a four game stretch where the Tigers beat Mississippi State, Arkansas, Ole Miss and Vanderbilt, Pettway carried the ball 121 times for 770 yards, including a career-high 236 yards against Ole Miss.

That heavy workload may have caught up with him as he was injured late in the Vanderbilt game in what looked like another long touchdown run to seal the win.

After that he missed the Georgia and Alabama A&M games, and then was limited to just 12 carries for 17 yards against Alabama.

With almost two months to heal, Auburn fans hope we get to see a healthy Kamryn Pettway in the Sugar Bowl. If the Tigers are going to have any chance of winning they’ll need the 240 pound running back to be at full strength.

The Oklahoma defense gave up 160.8 yards rushing per game during the regular season this year, so I could see Pettway going off for 175-plus yards on 25-plus carries and a couple of touchdowns.

If that’s the case I think Auburn wins the Sugar Bowl and Pettway is the runaway – get it – MVP.