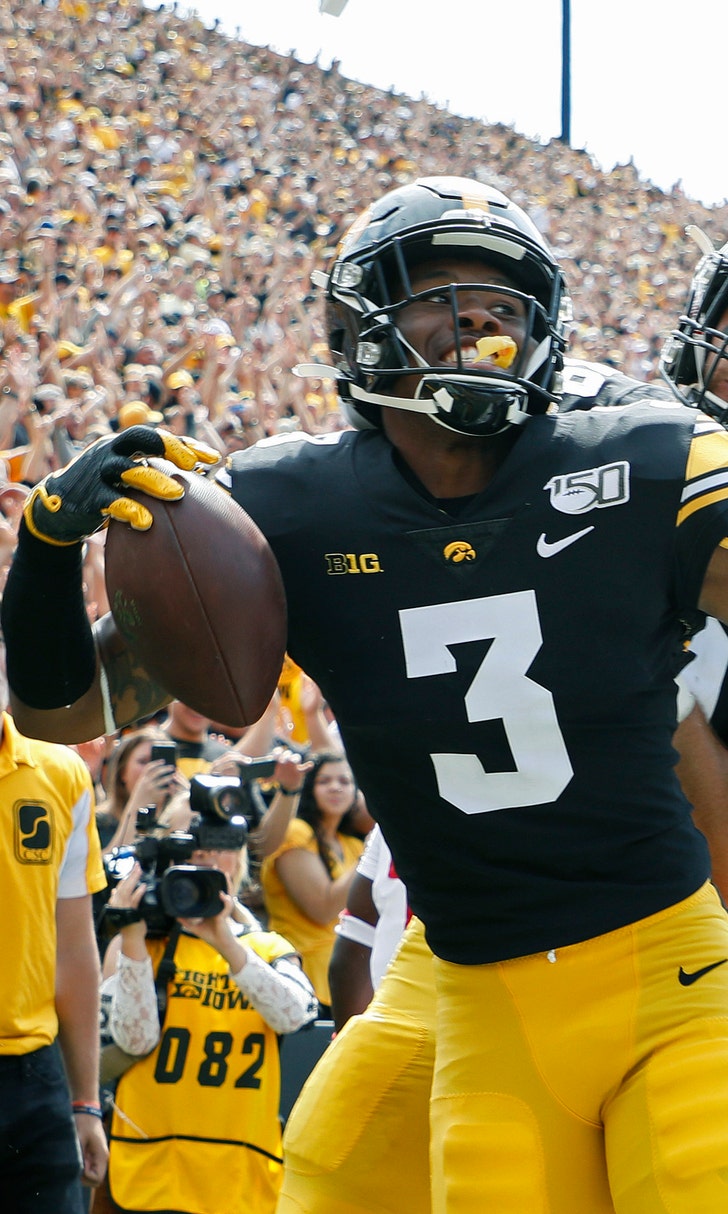 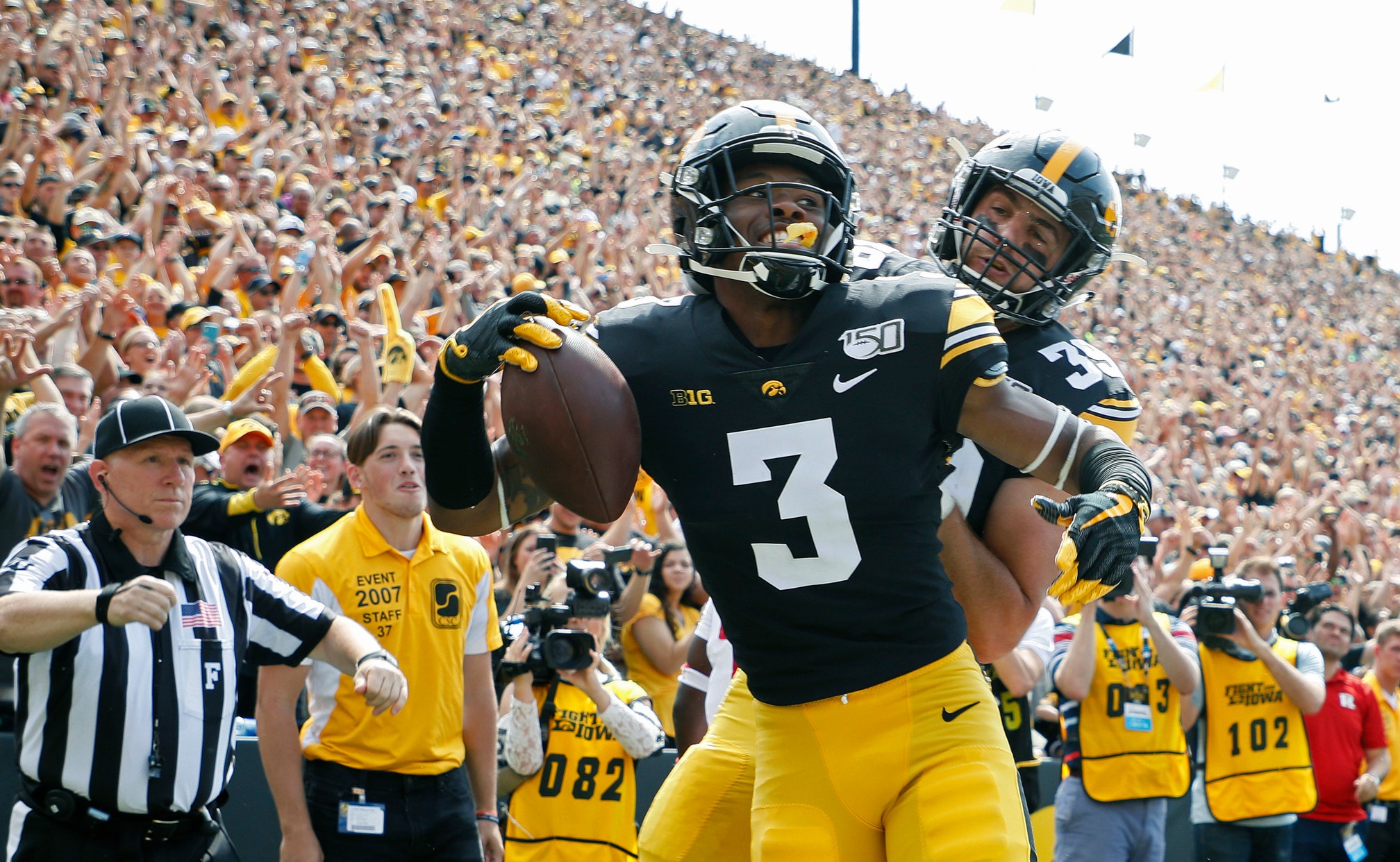 Which made sense, since T.J. Hockenson and Noah Fant would go on to be first-round selections in the NFL draft.

It's different this season for the No. 19 Hawkeyes, who play Saturday at Iowa State.

Eleven players have receptions so far this season. The lone tight end with any catches, Shaun Beyer, has just three receptions for 30 yards, and those came in the season-opening win over Miami (Ohio).

"Last year, our real experience and talent, our best talent, was at the tight end position," coach Kirk Ferentz said Tuesday. "You kind of go where your talent is, in some ways, and everyone else fills in around it. We're a little bit more able to make people respect us out wide now than we were maybe two years ago. And hopefully that can continue to develop."

Wide receiver Ihmir Smith-Marsette, who leads the Hawkeyes (2-0, 1-0 Big Ten) with eight receptions for 148 yards, said it was no surprise the tight ends got the catches a year ago.

"Now, everybody's involved," he said. "Now, it's like everyone we have can impact the game."

The wide receivers have made the biggest impact. Junior Brandon Smith has five catches for 48 yards. Redshirt freshmen Tyrone Tracy Jr. and Nico Ragaini each have four receptions, as does sophomore Oliver Martin, who transferred from Michigan early in the summer.

All six of quarterback Nate Stanley's touchdown passes have gone to wide receivers: Smith-Marsette has three, and Smith, Tracy and Martin each have one.

"It's not like one person on the team is making all the catches," Ragaini said. "Everyone is getting some love, which is awesome for all of us. They can't double-team all of us."

Stanley said it doesn't feel all that different to him.

"It all depends on what the defense gives us," he said. "We have route concepts that the tight ends are involved in. But if the defense takes them away, they're taken away. We have other options."

Those options now have experience. Stanley, in his third season as the starting quarterback, hasn't missed a start in 28 games. Smith-Marsette and fellow junior wide receiver Smith have been playing since they were true freshmen. Martin caught 11 passes for Michigan last season.

"You get that experience on the field, where you see things differently, everything slows down," said Smith-Marsette, whose 113 receiving yards in last Saturday's 30-0 win over Rutgers were a career high. "Being older, you can lead the younger guys, what you see out there, what needs to be done. The more experience definitely helps me, helps Brandon."

"I think it shows up in the speed in which they play," said Stanley, who needs 15 more touchdown passes this season to become Iowa's all-time leader in that category. "Those guys, they're all out every single play. One, they've physically prepared themselves to play and two, they know what they need to do."

Stanley appreciates the multiple options, but spreading the ball around isn't something he considers.

"When I'm out on the field, I don't really realize who has many catches, who doesn't," he said. "But it is important for us having that many guys, and not missing a beat on the field."

Smith-Marsette called it a "nice rotation" that challenges defenses: "You can't just heavily guard one person, or two people. It's pretty much been the fact of who can make the next play."

Everyone, it seems, wants to make that next play.

"There is that aspect," Smith-Marsette said. "We push each other, we feed off each other, every day. Somebody's slacking, we tell them, 'Hey, let's go.' It's starting to show on Saturdays."

"They can't really guard one person, because we're all making the big catches," Ragaini added.