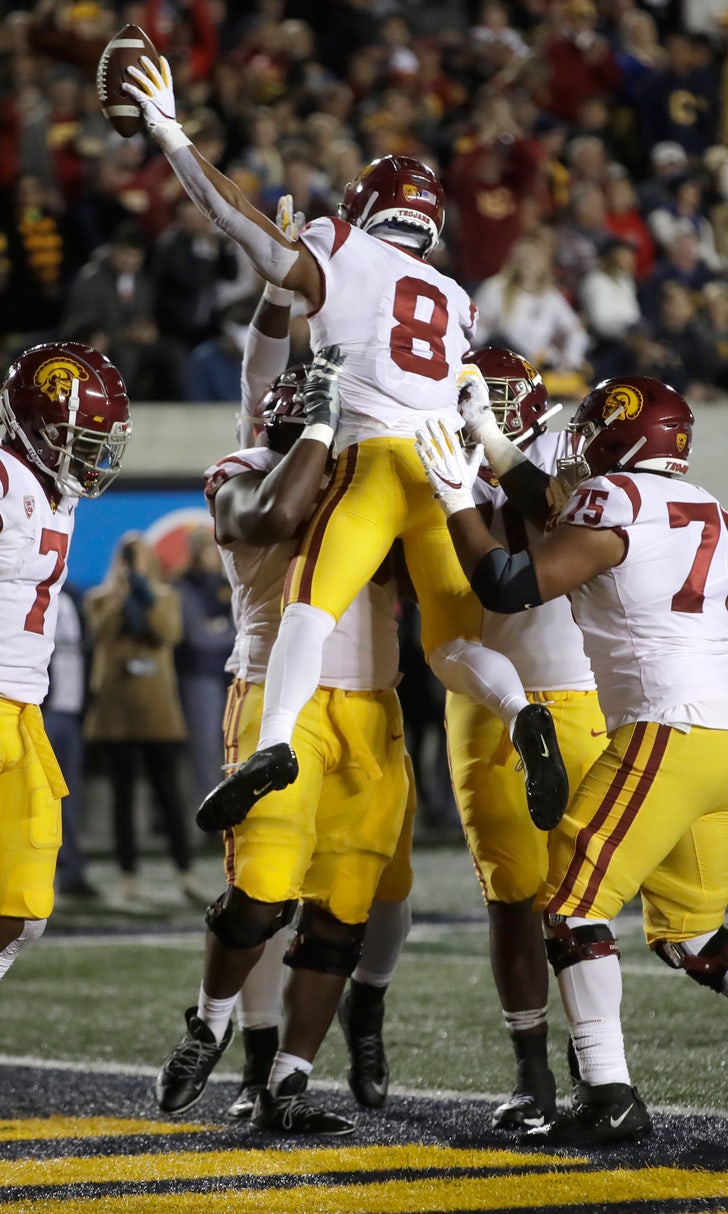 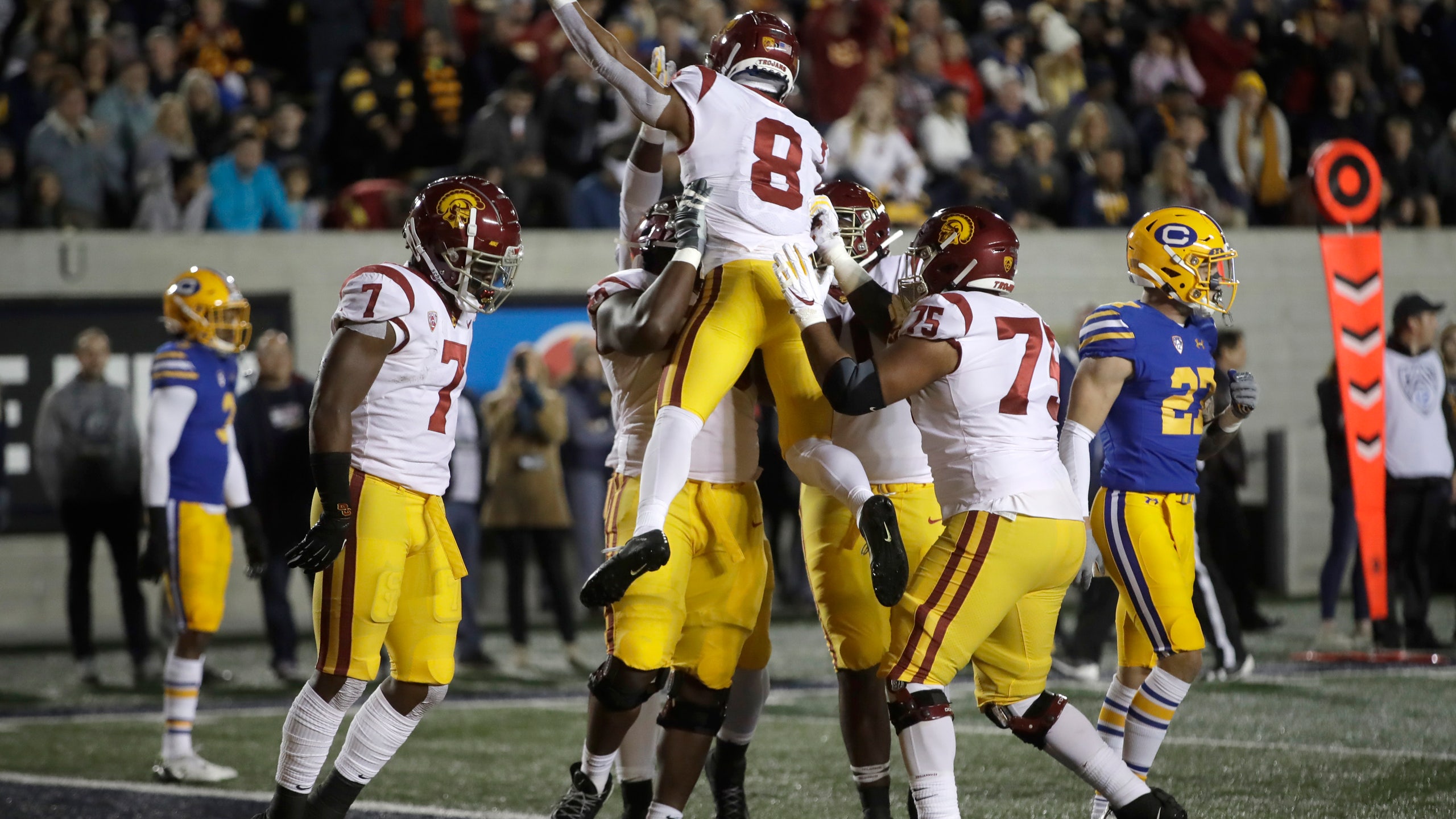 BERKELEY, Calif. (AP) — The matchup between Southern California’s dynamic passing game and California’s stingy pass defense was a mismatch and so was the game between the Trojans and Golden Bears.

Kedon Slovis had his third 400-yard passing game in the past four weeks and threw four touchdown passes, leading Southern California to a 41-17 victory over California on Saturday night.

“He’s showed up and been the same guy week in and week out,” said receiver Michael Pittman Jr., who had 11 catches for 180 yards and a touchdown. “He's getting better and he's showing us that he's an elite college quarterback.”

Slovis followed up 400-yard games against Colorado and Arizona State by completing 29 of 35 passes for 406 yards. He threw touchdown passes on the final drive of the first half for the Trojans (7-4, 6-2 Pac-12) and the opening drive of the third quarter to keep USC in the race for the Pac-12 South title. The Trojans are a half-game behind Utah but holds the tiebreaker based on a head-to-head win.

The Golden Bears (5-5, 2-5) had no answer for Slovis and USC's talented group of receivers and lost for the fifth time in six games. After entering the day allowing a conference-low nine touchdown passes on the season, Cal was picked apart by Slovis.

“We have to own this, all of us,” coach Justin Wilcox said. “We knew we’d have to perform well against a team with that type of talent. Now we have to regroup and regroup fast.”

Slovis connected on an 18-yard touchdown pass to Amon-Ra St. Brown to cap USC's opening drive and then helped the Trojans break open a tie game with his TDs surrounding halftime.

He also connected on a 33-yard touchdown to Pittman on a third-and-12 in the final minute of the first half to make it 17-10. He then threw a 50-yard pass to St. Brown on the opening drive of the third quarter, setting up an 8-yard TD pass to London to make it a 14-point game. London finished with six catches for 111 yards.

“The one thing he's doing a really job of is he’s giving his kids a chance to make plays,” coach Clay Helton said. “You’re not seeing a lot of overthrows. That’s a mark of a good quarterback, giving your kids an opportunity to make plays for you.”

USC: The Trojans have bounced back from a blowout loss at home to Oregon by beating Arizona State and Cal on the road the past two weeks. But they will still need Utah to lose to either Arizona or Colorado to have a shot at making the Pac-12 title game.

California: The Bears were hoping to get a boost from the return of quarterback Chase Garbers, who missed the past four games with a right shoulder injury. Garbers led a TD drive to start the game but then left the game in the second quarter after appearing to hurt his left shoulder on a keeper. Garbers finished 4 for 10 for 33 yards and Cal was unable to move the ball consistently under Devon Modster either. The Bears need to win one of their final two games against Stanford and UCLA to become bowl eligible.

Tattersall remained down for several minutes as players and coaches from both teams kneeled out of concern. He was strapped to a board and gave a thumbs up before being taken off on a cart. Cal said Tattersall was alert and has movement in his extremities. He was taken to the hospital out of precaution but was expected to be discharged.

“It’s been positive news,” Wilcox said. “Very scary. Anytime something like that happens there’s a lot of concern for him. Our thoughts and prayers are with him but we have got some positive news here in the last 10-15 minutes.”

USC lost defensive end Christian Rector on the opening drive for targeting on a hit against Cal running back Christopher Brown Jr. Brown didn’t return to the game but the Bears scored on DeShawn Collins' 5-yard run on the next play.