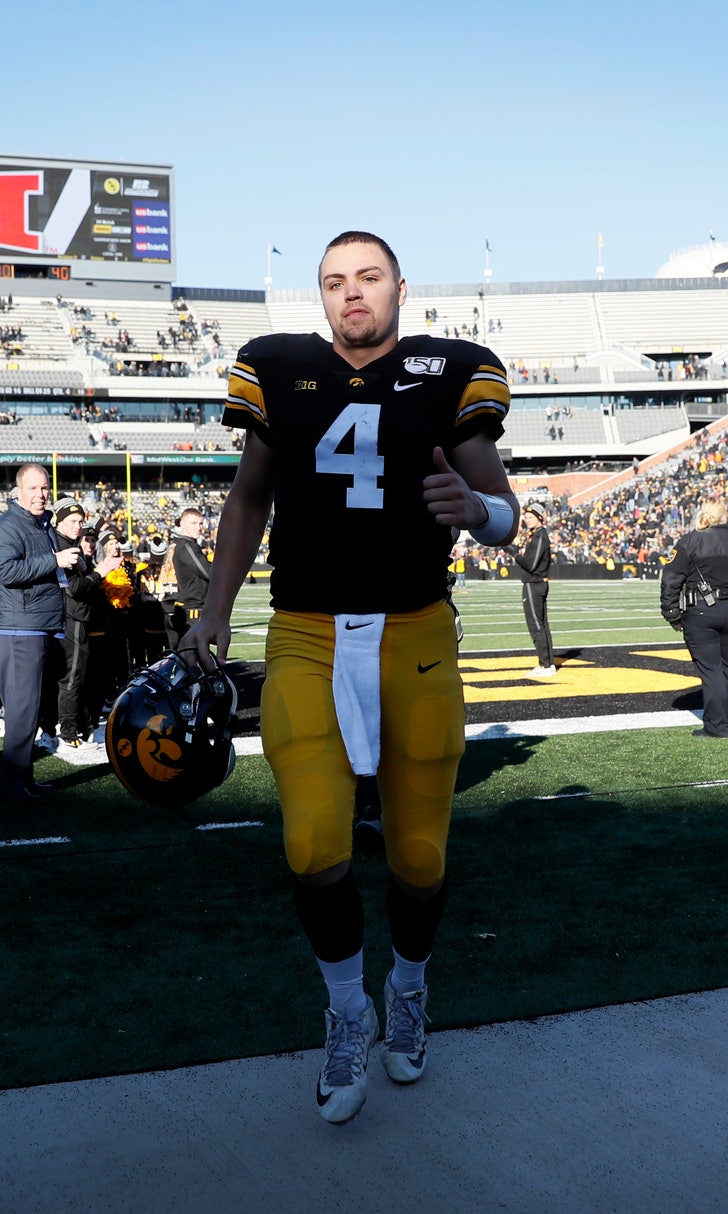 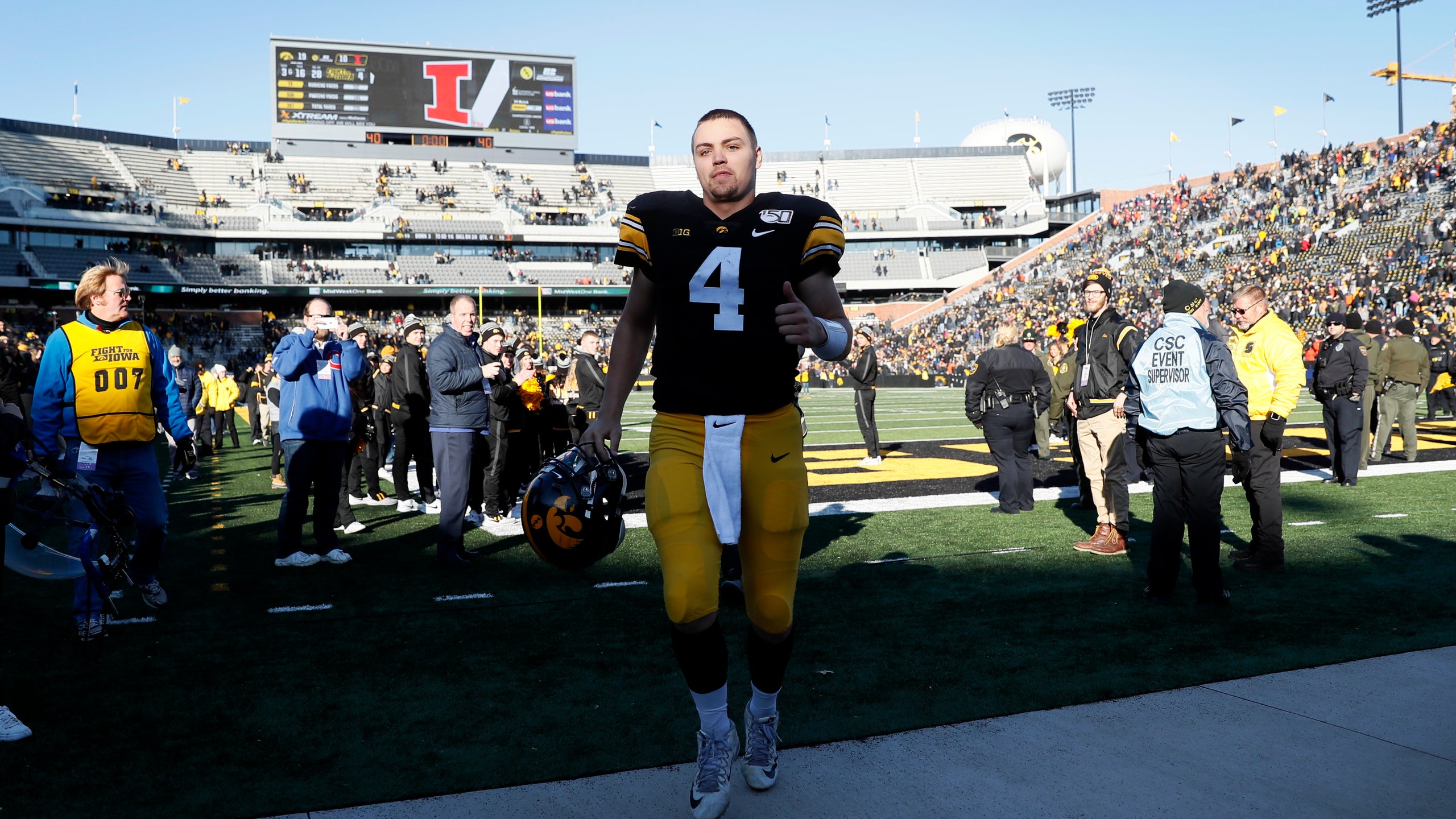 Stanley poured all he had into being a three-year starter for the Hawkeyes, and those efforts will be reflected in the program’s record books.

Stanley, who will start his 38th game for No. 19 Iowa (8-3, 5-3 Big Ten) on Friday against Nebraska, is 10 yards away from becoming just the third Hawkeye to throw for 8,000 yards. He is also second in school history with 66 touchdown passes, and Iowa is 25-12 in games Stanley has started.

The Hawkeyes have asked Stanley to handle more than ever, on and off the field. Stanley has answered the challenge as a senior, ranking second in the Big Ten with 2,639 yards while providing understated but steady leadership from the sport’s most scrutinized spot.

“Growing up, I was pushed hard in sports. I was coached hard,” Stanley said. Leadership “just comes from knowing how to handle the ups and downs and tough situations. We get put through tough situations pretty much every day....the one thing you can control is your attitude.”

Stanley wasn’t a high-profile recruit coming out of Menomonie, Wisconsin, where his father was one of the team’s assistant coaches. But Stanley showed enough as a true freshman in 2016 that Iowa used his redshirt — even though the program had a senior quarterback in C.J. Beathard.

It was assumed that Stanley would be handed the job ahead of the 2017 season. But the competition to replace Beathard was so heated that Stanley wasn’t named the starter until less than a week before that year’s opener.

Once Stanley won the job, he never came close to giving it up.

Stanley threw for 333 yards and five TDs in is second career game, a 44-41 win over Iowa State on the road, and he finished that season with 26 touchdowns.

Stanley entered his junior year subject to speculation that he could shoot up NFL draft boards with a strong season, given his 6-foot-4, 243-pound frame and strong arm. Stanley never quite matched those expectations, but he again finished with 26 TDs while evolving into more of the vocal leader that his position demands.

Stanley said he has leaned on the team’s psychologist, Dr. Carmen Tebbe Priebe, to help understand and overcome the challenges that come with being the face of a Big Ten program.

Stanley said he learned he tends to make mistakes when he allows himself to get too excited during games. Stanley has since learned to use techniques to increase what he calls his mindfulness.

“You can really learn how to optimize your performance, how to narrow your focus,” Stanley said. “Different things that can get you in the right mindset. She’s really great at helping you figure those things out. And, along the way, if you are dealing with something or something comes up, you can talk about anything. It’s not just football.”

Stanley was occasionally subject to criticism over not being able to win more big games on the road. But with Stanley under center, Iowa has dominated most of their border rivals except for Wisconsin.

Stanley went 0-3 against his home-state Badgers, a fact that no doubt irks him. But Stanley went 3-0 against Iowa State, Illinois and Minnesota, and with a win on Friday he will finish his career 3-0 against the Cornhuskers.

“Going back over the last four years, anytime I’m asked about Nate, the first thing I talk about is the mental approach that he takes,” Iowa coach Kirk Ferentz said. “His work ethic, his ability to study and process.”