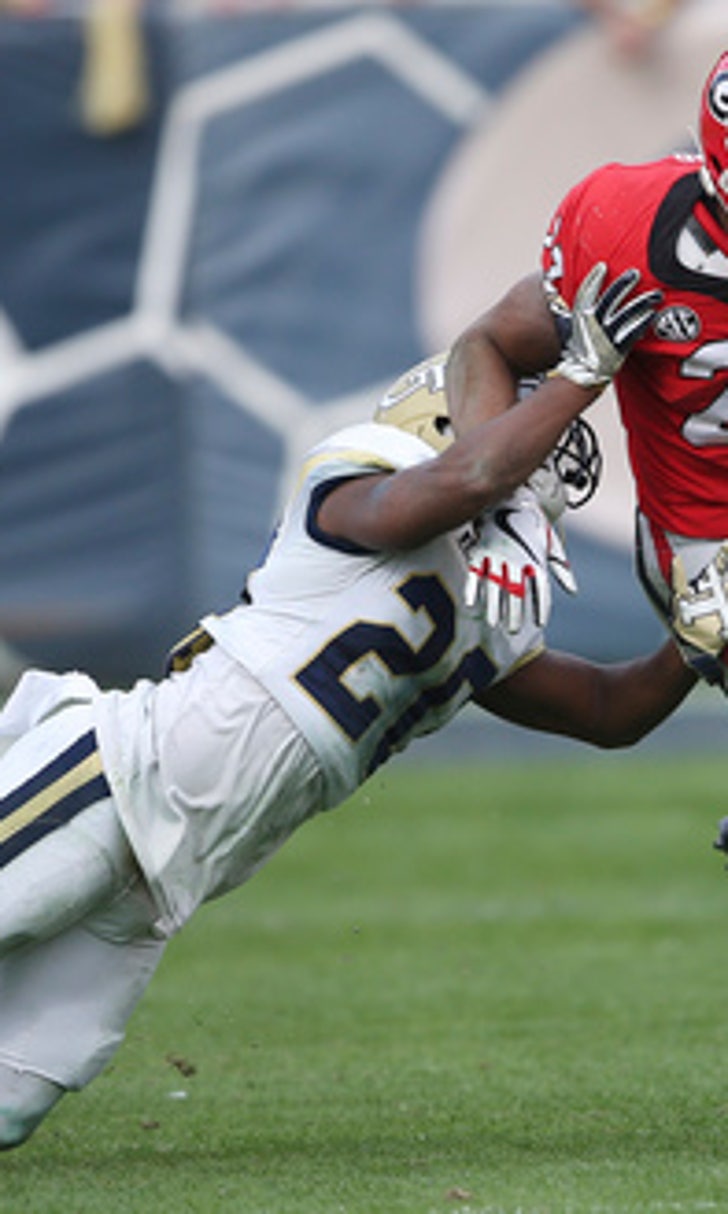 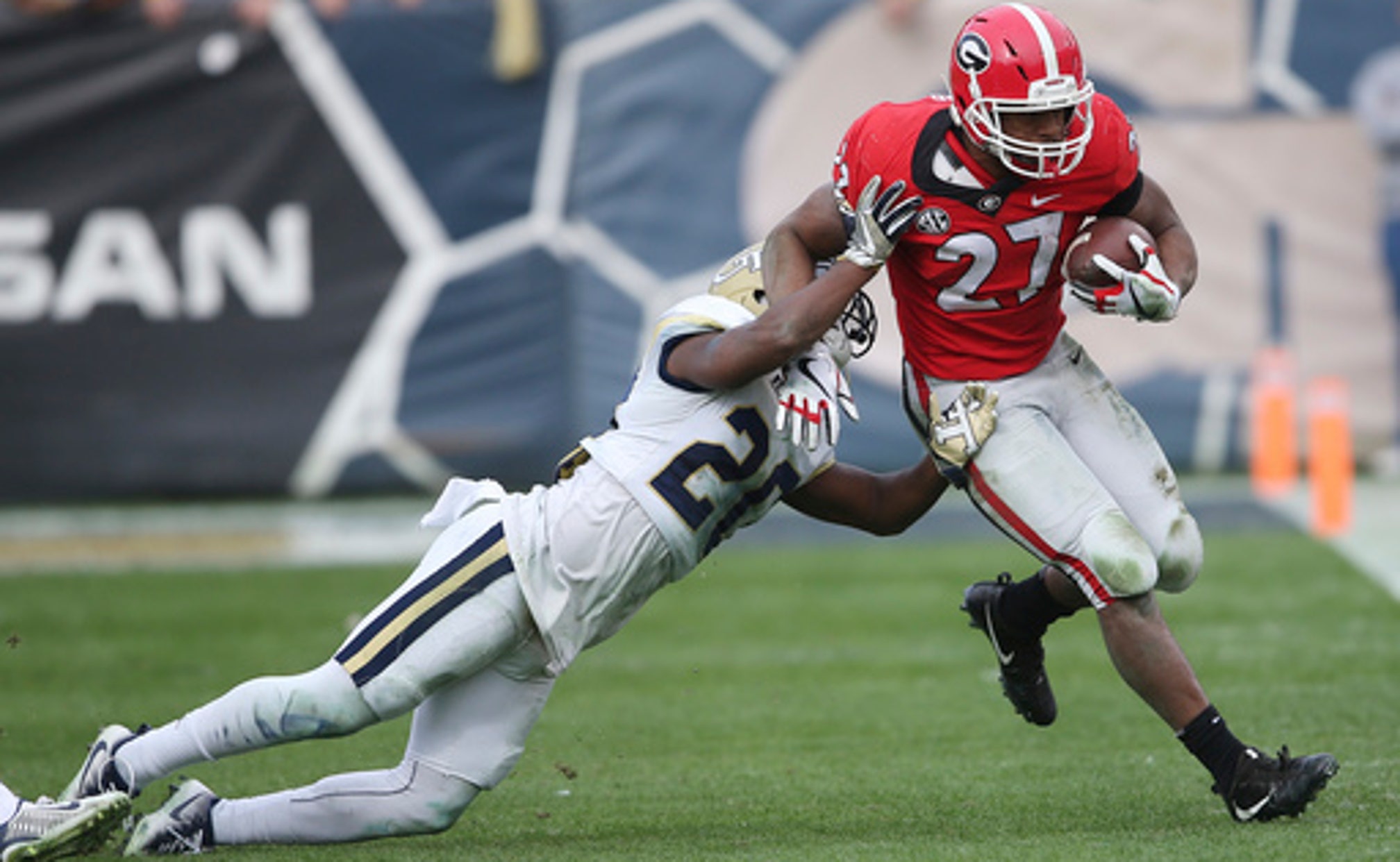 SEC Rematch: No. 6 Georgia gets another shot at No. 4 Auburn

The Georgia Bulldogs get another crack at perhaps the hottest team in college football.

It wasn't a long wait.

The sixth-ranked Bulldogs face No. 4 Auburn for the second time in four weeks Saturday in the Southeastern Conference championship game at Mercedes-Benz Stadium with a chance to avenge their only loss. The prize: Almost certainly a playoff spot.

''Of course, they're going to have a crowd, there's no doubt,'' Tigers coach Gus Malzahn said Sunday. ''This being for the SEC championship, it's as big as it gets, no matter revenge or not and all that. We're expecting their best. You're talking about one of the more talented teams in all of college football.''

The Bulldogs had hardly been challenged since a Week 2 victory over No. 15 Notre Dame. Then they came to Auburn and were thoroughly walloped on both sides of the ball, getting outgained 488-230.

Georgia will have no shortage of motivation.

''You don't shake a memory,'' Bulldogs coach Kirby Smart said. ''You put it in their face and you challenge people, and you play more physical. You strike people and get off blocks and if you're on offense, you strike people and stay on blocks. Fundamentally, we've got to play better than we played last time. We've obviously got to play with a little more composure to avoid the knucklehead decisions that we had in the game.''

The Tigers have been rolling along with five straight wins since a loss to LSU.

The big question facing Auburn is the health of star tailback Kerryon Johnson. The SEC's leading rusher appeared to hurt his left shoulder on a goal line hit late in the third quarter but scored on a 1-yard touchdown run on the next play.

Johnson, who ran for 167 yards and caught a 55-yard touchdown pass in the first game against Georgia, went down again in the fourth after several more carries. Malzahn said he's not sure of his status for the game.

''I know that physically if he can (play), he will,'' he said. Running back Kamryn Pettway remains out with a fractured shoulder blade, Malzahn said.

On the other side, the Tigers shut down Nick Chubb, Sony Michel and Georgia's normally powerful running game in the first meeting. Partly thanks to four sacks, the Bulldogs produced just 46 yards on 32 carries.

Georgia and Auburn have staged the longest running rivalry in the Deep South but they've never met in the SEC championship game. The Bulldogs are in the title game for the first time since 2012 and haven't won an SEC championship since 2005.

The Tigers won in 2010 and 2013 with much less impressive seasons in between.

The two programs and head coaches are quite familiar with each other. Smart faced Auburn plenty of times as a former Alabama defensive coordinator and over the past two seasons with the Bulldogs. He also was one of Malzahn's chief competitors for the Auburn job after the 2012 season.

All that familiarity aside, Smart says the game won't ultimately be decided by information overload.

''It's going to come down to flat back, hat speed, playing physical, who can get all the blocks, and who can tackle,'' he said. ''That's what football usually comes down to.''

Both Smart and Malzahn have faced the same team twice before. Malzahn was offensive coordinator during Auburn's 2010 national championship run when the Tigers beat South Carolina a second time in the SEC championship game.

Smart was at Alabama in 2011, then the Crimson Tide lost the regular-season meeting to LSU and won the rematch in the national championship game.

''The biggest difference was how far apart the games were,'' he said.