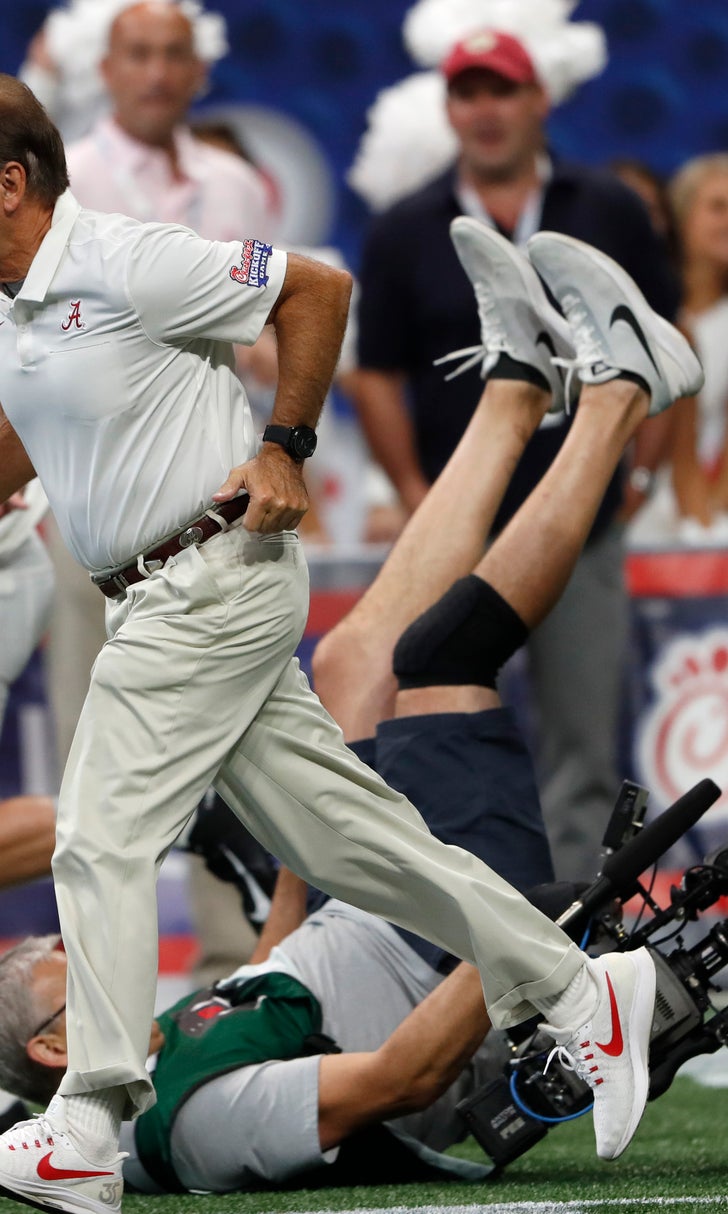 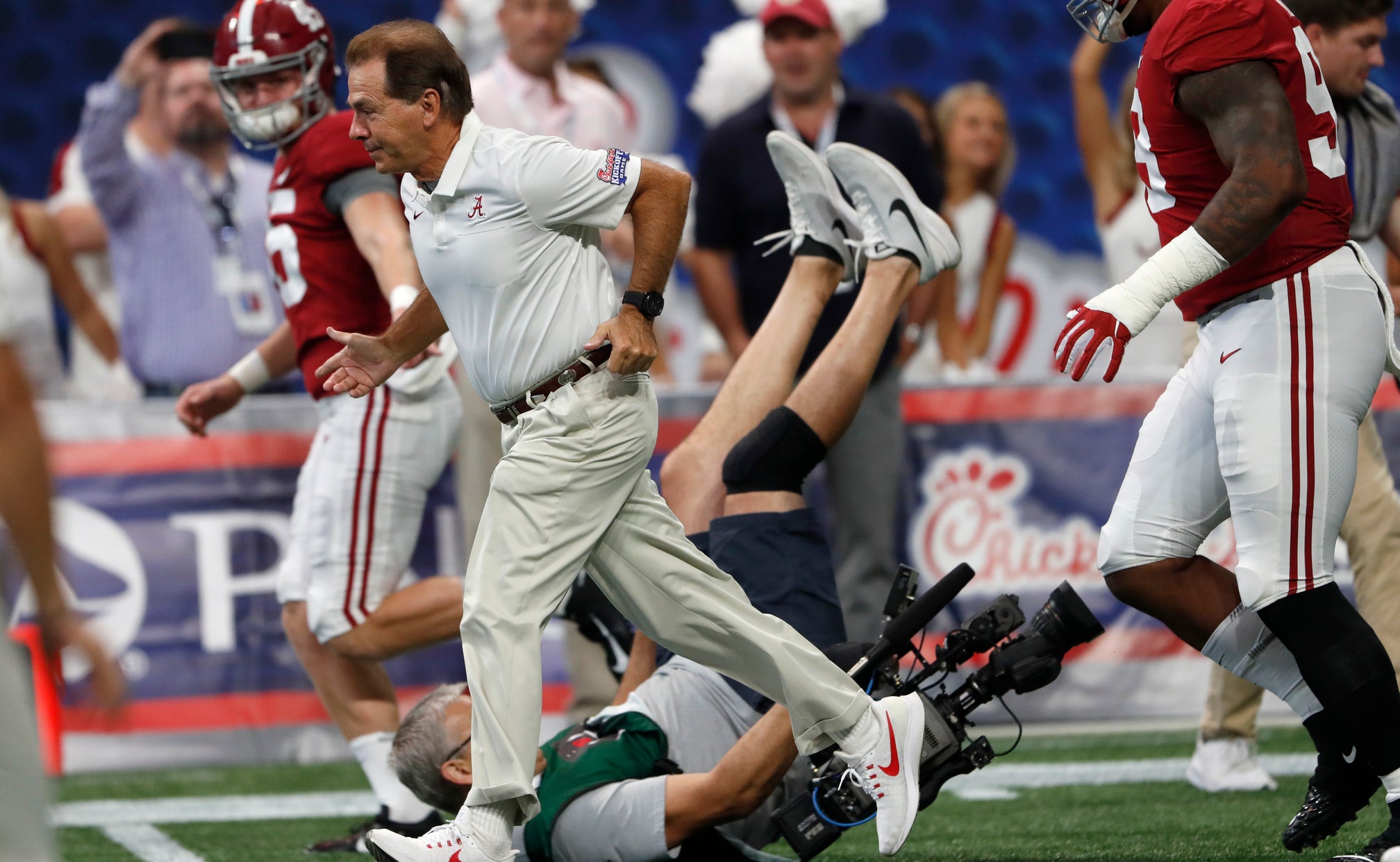 TUSCALOOSA, Ala. (AP) — The heat is on for No. 2 Alabama, and it has little to do with the next opponent.

The Crimson Tide (1-0) faces New Mexico State (0-1) Saturday in a mid-afternoon game at Bryant-Denny Stadium with temperatures that could be in the high 90s. The heat might be the biggest issue for Nick Saban's team, which is favored by 55-1/2 points.

Alabama will be more focused on execution than its opponent after failing to score in the opening quarter against Duke .

Saban, as always, talked about how much respect he has for New Mexico State. He also brought up an unusual analogy for early season challenges: Etch A Sketch.

New Mexico State opened with a 58-7 loss to No. 22 Washington State and faces an even bigger challenge. The Aggies have lost their last three games and five straight away from home.

Of course, the always zoned-in Saban isn't known for relaxing at all for a lesser opponent. The trick is making sure his players — and the fans who have to decide whether to brave the heat — follow suit.

Here are some other things to look for in the New Mexico State-Alabama game:

This could be a chance for quarterback Tua Tagovailoa's backups to see significant action. Mac Jones and freshman Taulia Tagovailoa, Tua's little brother, both got into the Duke game. Taulia handed off to Jerome Ford for a long touchdown run late in the game. It will be interesting to see if he has a chance to compete with Jones for the No. 2 spot.

Tua Tagovailoa could have a chance for some big plays however long he's in the game. Washington State quarterbacks burned New Mexico State for 507 passing yards and six touchdowns. Tide receiver Jerry Jeudy is coming off a huge game against Duke.

Despite an early fumble, third-team Alabama tailback Jerome Ford rebounded with a long touchdown in the opener. Brian Robinson Jr. is looking to establish himself behind Najee Harris. Freshman Kielan Robinson could get plenty of carries, too.

This is a chance for the Aggies' top players to see how they stack up against one of the nation's elite programs. That includes halfback Jason Huntley, who returned three kickoffs for touchdowns last season and topped 500 yards both rushing and receiving. Linebacker Javahn Fergurson led the nation in tackles per game last season.

Alabama has some streaks it wants to continue. The Tide has won 83 consecutive games against unranked teams, 17 straight home openers and 26 in a row at Bryant-Denny Stadium.

Tough To Go Against The Tide
Top-ranked Alabama has looked unstoppable. Can rival Auburn find any way to stop the Tide in Saturday's Iron Bowl?
5 days ago
those were the latest stories
Want to see more?
View All Stories
Fox Sports™ and © 2020 Fox Media LLC and Fox Sports Interactive Media, LLC. All rights reserved. Use of this website (including any and all parts and components) constitutes your acceptance of these Terms of Use and Updated Privacy Policy. Advertising Choices. Do Not Sell my Personal Info