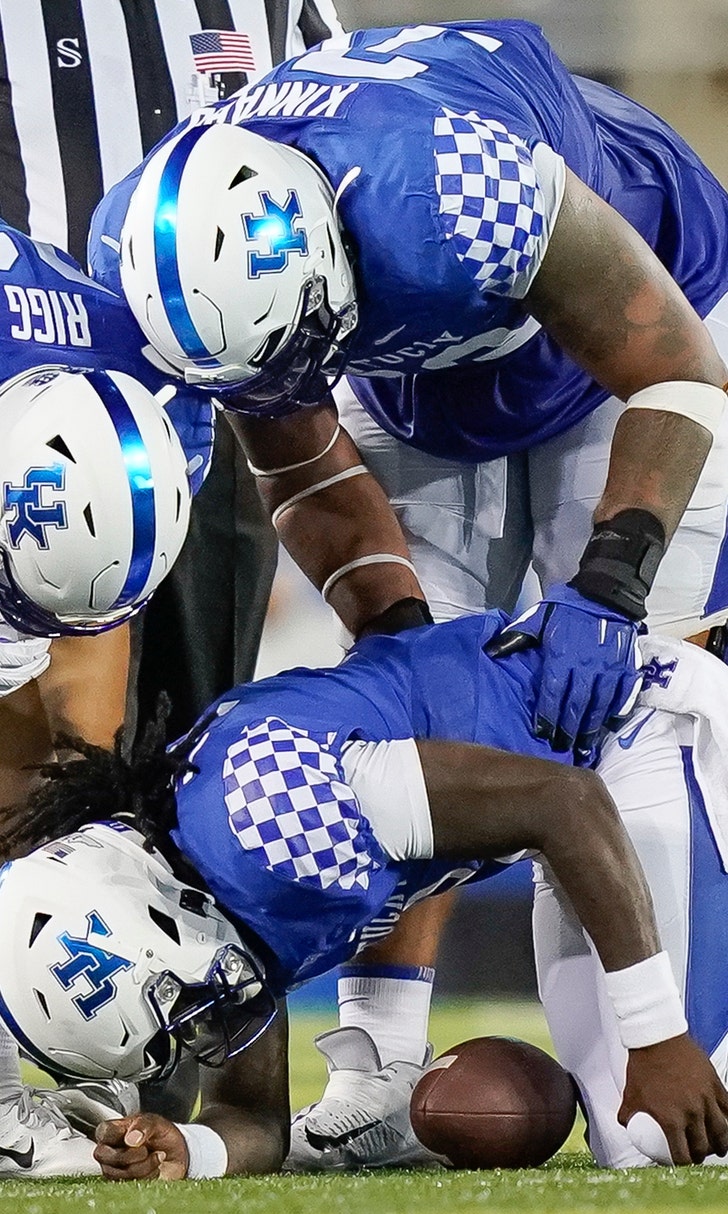 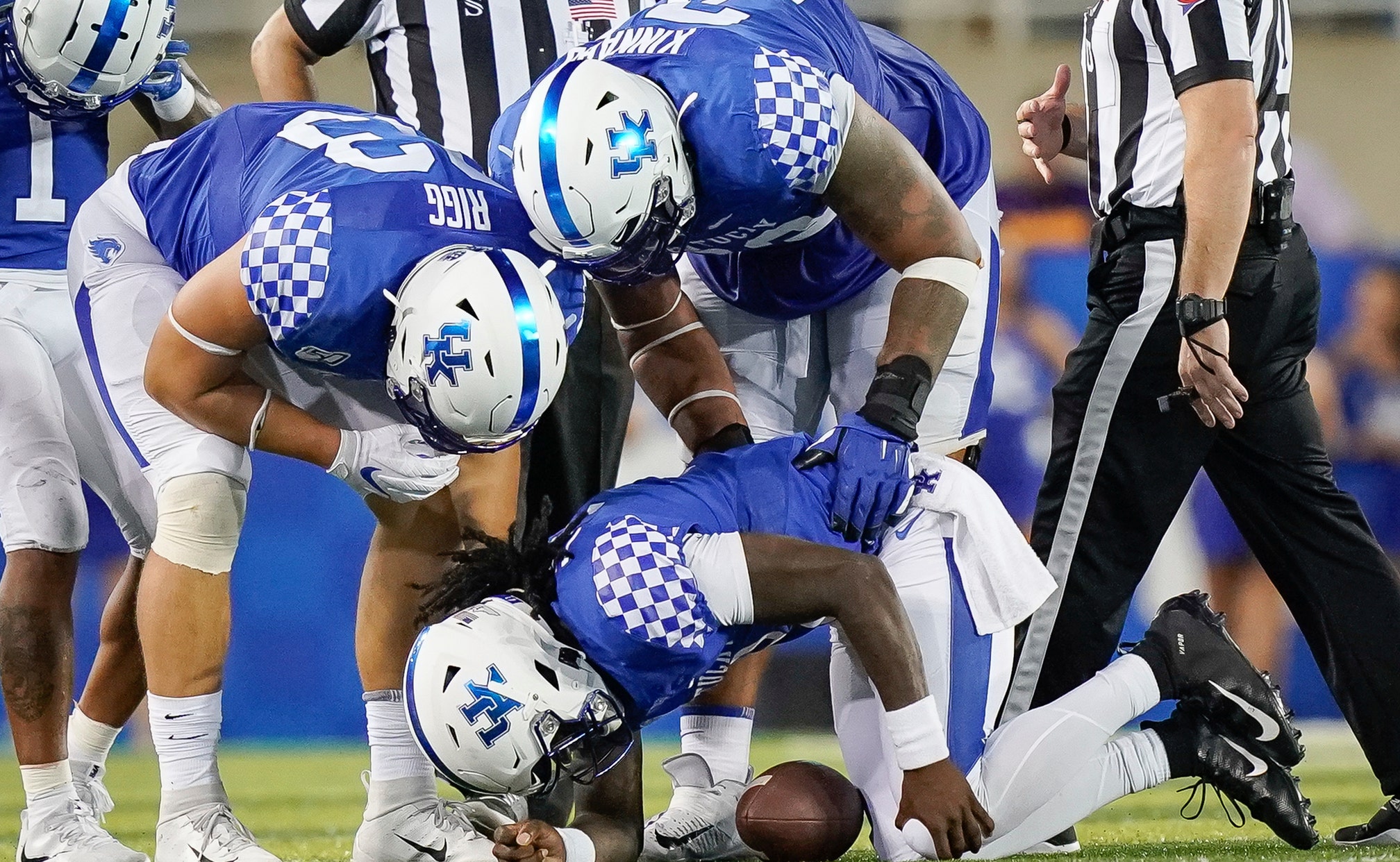 previous story
No. 9 Florida avoiding any 'revenge' talk against Kentucky
next story
No. 16 Texas A&M looks to bounce back against Lamar

LEXINGTON, Ky. (AP) — Kentucky quarterback Sawyer Smith is no stranger to replacing an injured teammate in an emergency, having done it last fall at Troy.

Things turned out well for him and the Trojans, so he's not fazed by his current challenge as Kentucky's new starting QB. He needed a few plays to grasp the urgency of taking over for injured Terry Wilson in just his second game with the Wildcats, though Smith soon settled in to toss a 54-yard touchdown on his first pass against Eastern Michigan.

He's just as eager to see if that's the beginning to another successful chapter in Lexington.

"It's good experience to have, and it makes you more comfortable," Smith said this week.

Comfort matters a lot considering Smith will make his first Kentucky start Saturday night against No. 9 Florida (2-0) in the Southeastern Conference opener for both schools. The junior transfer takes over for Wilson, who is out for the season after tearing his left patellar tendon late in the third quarter of Kentucky's 38-17 win over EMU.

A few months after arriving on campus prepared to be the backup, Smith now runs an offense that entered the season prepared to ride Wilson's arm and feet. Though it remains to be seen whether the 6-foot-3, 219-pound Florida native can run, two touchdowns and 76 yards on 5-of-9 passing against EMU answers initial questions about his throwing.

Not to mention, his poise and pocket presence.

"I think that's a big deal that Sawyer has been through this," coach Mark Stoops said. "So, it's nothing new to him. He has a lot of confidence.

This game or any game won't be too big to him. He'll be very comfortable out there and stay within himself and rely on his players around him to make plays."

He won five starts — including the Dollar General Bowl, where he was named Most Valuable Player — and completed 63% of his passes for 1,669 yards and 14 touchdowns. After graduating in July from Troy with a social science degree, Smith transferred to Kentucky with hopes of playing in the SEC.

That opportunity comes sooner than expected, though he did hit the ground running learning coordinator Eddie Gran's system.

"I said after camp after the 29 practices, 'do we need a second game plan?'" Gran said. "We were fully prepared to do that if something happened to Terry, and after the camp we did not have to have a second play call sheet.

"He knows the whole offense and it's been a really good for learning curve for us and him."

Smith's rise is even more critical because Kentucky (2-0) lacks experience behind him.

The two-deep chart lists sophomore Walker Wood as the backup with freshman Amani Gilmore in the mix. Their workloads have obviously increased given the circumstances.

So has Smith's, though it's no different for any player who's a snap away from being in the game. It also helps that he has faced Power Five programs such as Clemson and Nebraska, even in limited roles.

The exposure paid off when Smith became the starter at Troy, and he's motivated to maintain his track record with the Wildcats.

"I've been practicing like I've been the starter," Smith said. "Obviously, it's a different role. But nothing's really changed. They've rallied behind me."