On this week's edition of Breaking the Huddle, FOX Sports college football analyst Joel Klatt welcomed in Ohio State coach Ryan Day ahead of the return of the Big Ten, and also broke down his top 10.

Klatt began by asking Day about the feeling in the OSU locker room heading into game week, after Ohio State was at the forefront of the fight for Big Ten football to return to play after the season had been postponed.

"I'm just proud at how they've handled this – all of this. And I know that the leadership, the toughness and the sacrifice that these guys have made, I just believe that it pays off in the long-run." 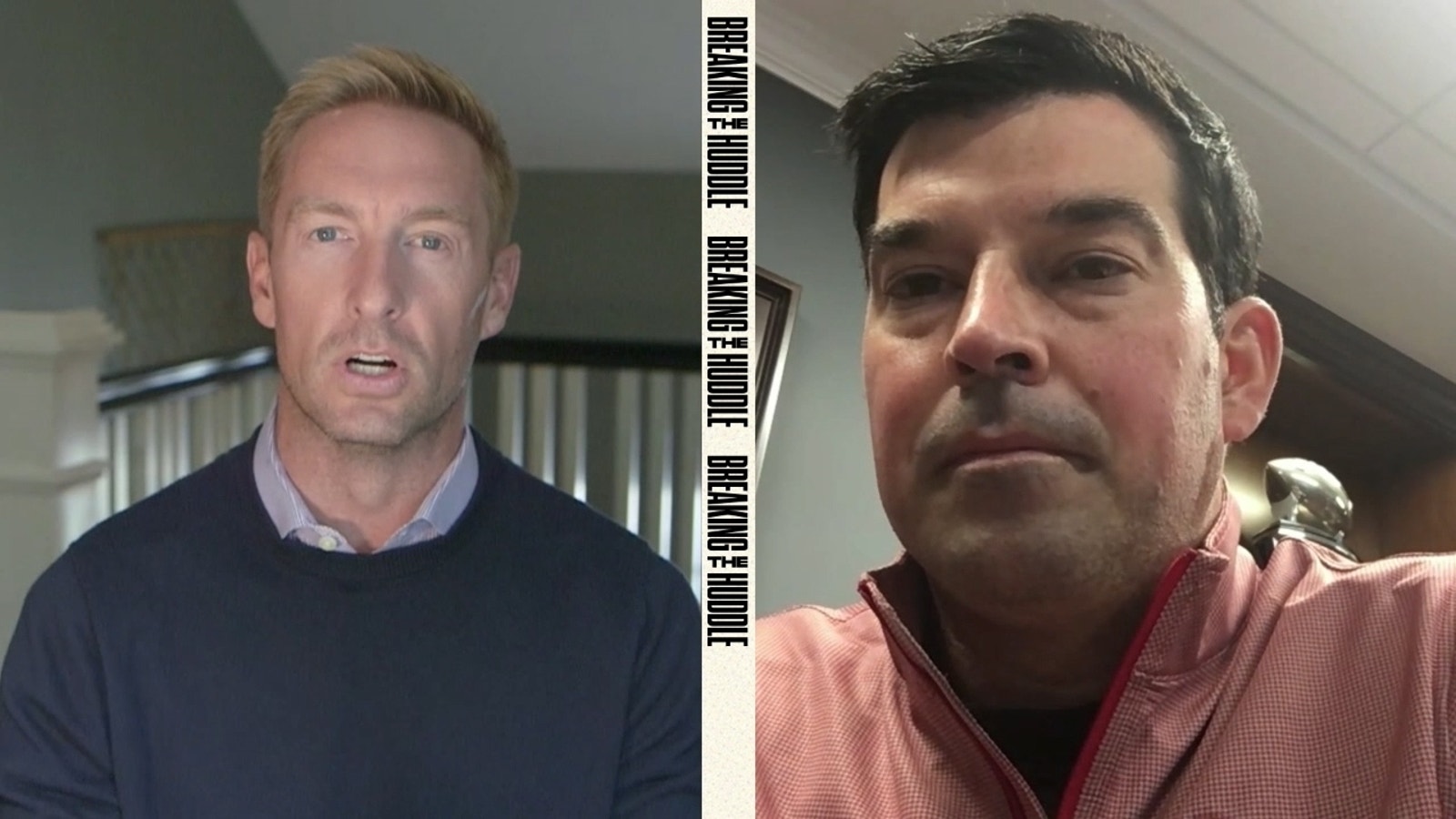 Klatt then moved to Ohio State quarterback Justin Fields, who was beginning his journey before Day was named head coach of the Buckeyes. Day reflected on Field's growth as a playmaker and a leader.

"I'm as proud of his development off the field as well as on ... He's very determined. He does not like to lose ... I'm very proud of how he's gone about his business."

Speaking of talent, Day went on to discuss all the playmakers that departed for the NFL last season and how the younger guys have stepped up. Amid the pandemic, practice has been altered, but that hasn't swayed the athletes from continuing to hone their craft.

And Day believes fully in his entire team's ability to compete at the highest level, starting this Saturday.

"I'm confident about our will to win – our intensity. The fact that our guys are going to play really, really hard and that's something that we take pride in."

With the Buckeyes now back in the fold, Klatt laid out his current top 10, including OSU and his three "Cinderella story" teams.

The first of the Cinderellas was No. 10 BYU, who sits at 5-0 for the first time since 2008, and quarterback Zach Wilson is largely the reason why.

The Cougars have scored more than 40 points in four of their five games this season, including last week against Houston, when Wilson led BYU in passing (400 yards for four touchdowns) and rushing (40 yards on nine carries).

"BYU is on pace right now at 5-0 to potentially be a New Year's Six team ... I don't believe the playoff committee will keep them out of the New Year's Six if they are 10-0."

Through five games, Wilson has passed for 1,641 yards and 12 touchdowns to just one interception. He's also rushed for 100 yards and six touchdowns.

"We have yet to see the playoff committee keep an undefeated Power 5 champion out of the playoff, and if Oklahoma State is able to do that, then they will go – regardless of what is truth about their recruiting rankings."

The talk normally surrounds Oklahoma or Texas as the team-to-beat in the Big 12, but this year, Oklahoma State has quietly risen to prominence. The Cowboys national championship odds are +1500.

The Cowboys are competing with the elite, and their toughest test of the season comes this weekend when No. 17 Iowa State comes to town.

And finally, Alabama came in at No. 2, with its national championship odds at +300.

This season, Jones has thrown for 12 touchdowns to just two interceptions.

Klatt discussed how Jones' statistics are ahead of former Heisman winner Joe Burrow's at the same point in the season last year, including completion percentage (78.3), yards per attempt (13.2), passing yards per game (379.5) and quarterback rating (220.1).

"Mac Jones is trying to follow in the footsteps of Joe Burrow ... Could we have back-to-back years when the unheralded veteran quarterback has a monster year to win the Heisman Trophy? It might happen."