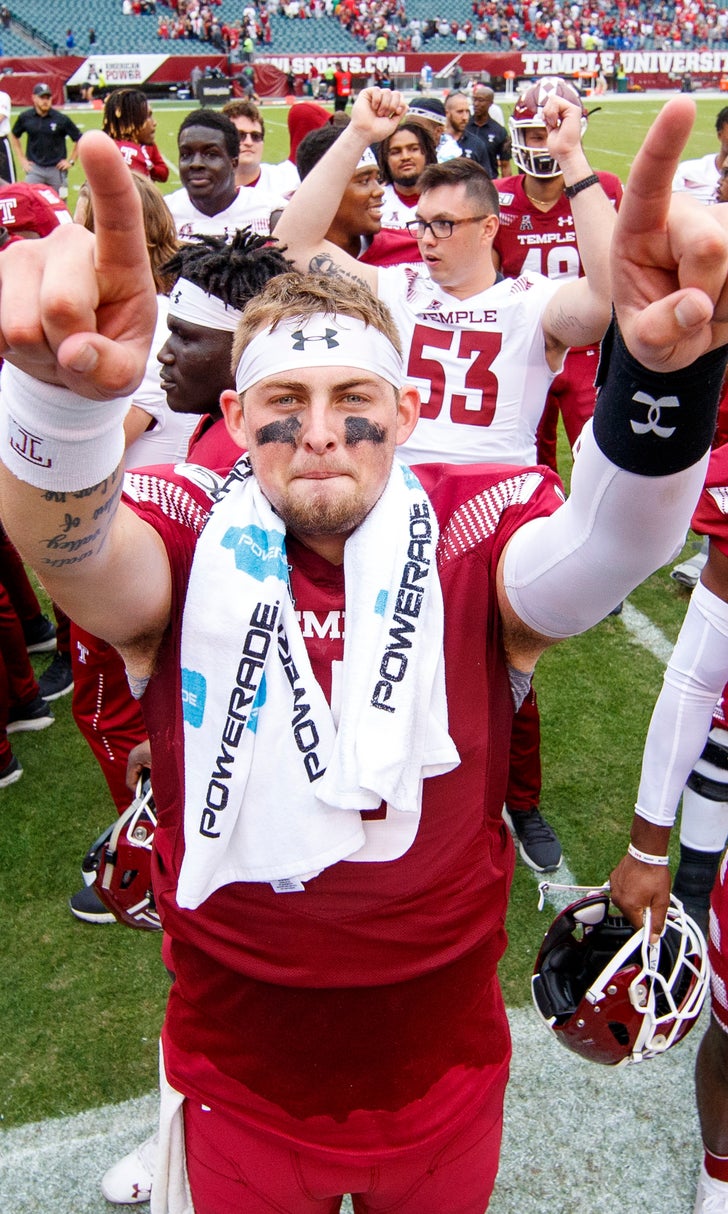 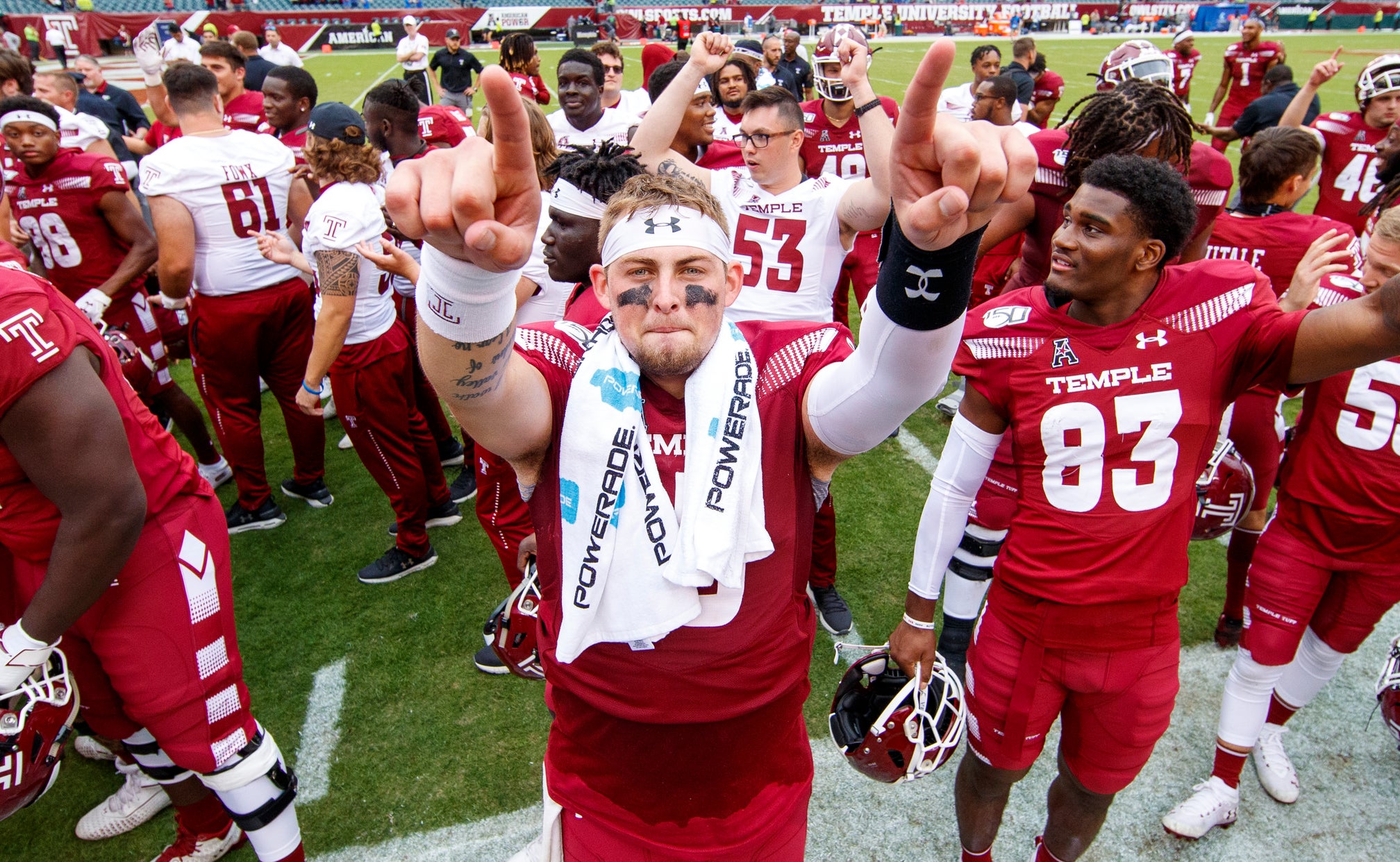 PHILADELPHIA (AP) — The bass speaker was pumping loud enough in Temple's locker room to rattle the lower hallways of Lincoln Financial Field after the Owls go done making some noise in the American Athletic Conference.

The final decisive play came with some debate. Joey Magnifico seemed to make diving catch to convert a fourth-and-10 with 1:50 left in the fourth quarter, but it was called overturned and ruled incomplete after video review.

"I thought he laid out," Tigers coach Mike Norvell said. "I thought he had his arms underneath it. I know there was movement within the ball but that's a pretty big Jumbotron and it looked like his arm was underneath it. They did call it a catch on the field, and so I guess they had a more conclusive angle to decide that it need to be overturned. From my vantage point, it looked like it was a catch."

The American Athletic Conference issued a statement, backing its officials.

"The ruling was that the Memphis play didn't have control of the ball as it hit the ground," AAC assistant commissioner of communications Chuck Sullivan. "There was enough video evidence to overturn the ruling (of a catch on the field.)"

Brady White passed for 355 yards and two scores for Memphis (5-1, 2-1 American), which fell behind 16-0 as the Owls (5-1, 2-0) turned the Tigers' mistakes into points. The Owls could have buried Memphis early, but the first three Memphis turnovers were turned into Will Mobley's three field goals.

Jager Gardner ran for a score and Isaiah Wright and Brandon Mack caught touchdown passes for Temple. Russo's 12-yard touchdown to Mack made it 30-21 with 12:48 left in the fourth.

Kenneth Gainwell had eight catches for 98 yards and rushed 19 times for 107 yards and a touchdown for Memphis.

Memphis: Even with the turnovers, Memphis showed the offensive firepower that it has. The Tigers still were able to compile 492 yards - almost 200 more than the average defensive yield that Temple had for its first five games of the season.

Temple: Temple's offense runs best when it gets its running game going with Re'Mahn Davis and Gardner. Temple is averaging 165 yards per game on the ground in six games this season with that tandem combining for 966 yards on 190 carries and eight touchdowns.

"To beat two ranked teams, it just is what it is," Temple linebacker Shaun Bradley said. "It's just one game at a time. We just keep pushing forward. It's not that big a deal.

Memphis: Entering Saturday at the No. 23 spot, the Tigers are likely to fall out of the poll after appearing in it for the first time this week.

Temple: The Owls have wins over two teams that were ranked in the Top 25 at the time of their contest, though Maryland has crashes since then. Temple might not break into the rankings this week but with No. 2 SMU and UCF up next, it has plenty of chances to impress.