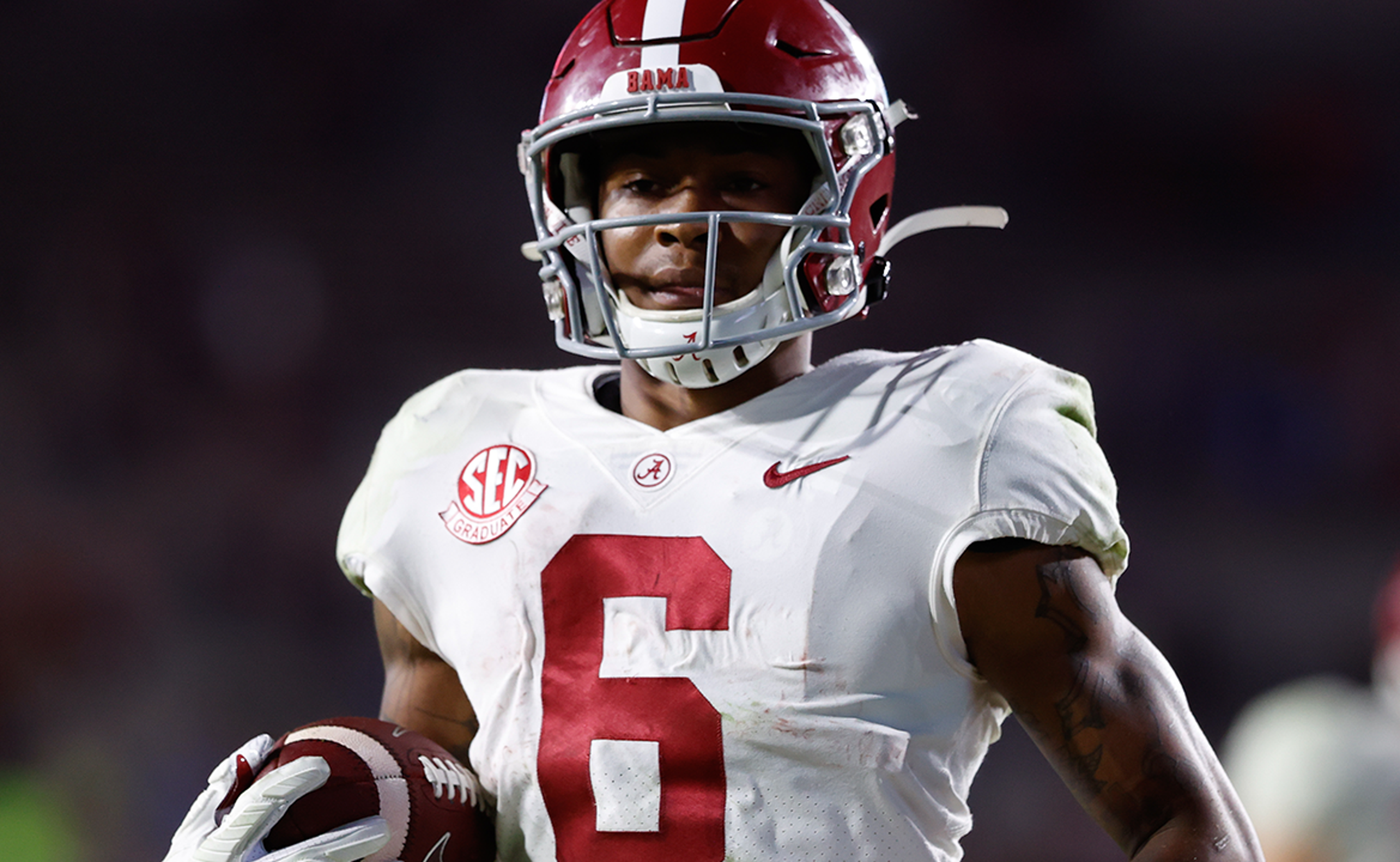 In a big SEC win for the Alabama Crimson Tide, wide receiver DeVonta Smith made a bevy of highlight-reel plays against the Georgia Bulldogs and their outstanding defense.

By the end of the night, Smith had caught 11 balls for 167 yards and two touchdowns, which earned him Playermaker of the Week honors from FOX Sports college football analyst and former USC superstar Reggie Bush.

Coming into the contest, Georgia was ranked fifth in scoring defense, but Smith seemed to have no problem escaping coverage and moving the chains for the Crimson Tide. He explained his strategy against the Bulldogs to Bush.

"It shows your versatility, shows your ability to jump and get the ball in the air, and shows your chemistry with Mac Jones."

On Saturday, Alabama QB Mac Jones completed 75 percent of his passes for 417 yards, four touchdowns and just one interception, and Smith credited his relationship with Jones as the key to the Alabama offense.

"It comes down to trust – Mac believing in us, and him just giving us a chance."

Outside of Smith, Jones has plenty of weapons at his disposal. The wide receiver corp boasts not only Smith, but Jaylen Waddle and John Metchie III, who each scored touchdowns against Georgia.

According to Smith, there exists a friendly competition among the receiving group – but it's still competition.

Smith is leading the way, and currently ranks No. 9 all-time in the SEC in receiving touchdowns (27).

"Three years ago, I probably wouldn't be expecting to do this right now ... It means going out there and knowing I came somewhere where the standard is high, and I'm playing to that standard."

Alabama's national championship odds are second-best in the nation behind Clemson (+300), but Bush would bet on Smith and the Tide this season if he had to put his money up.

"The sky is the limit for you and this offense."

Check out the entire interview here: