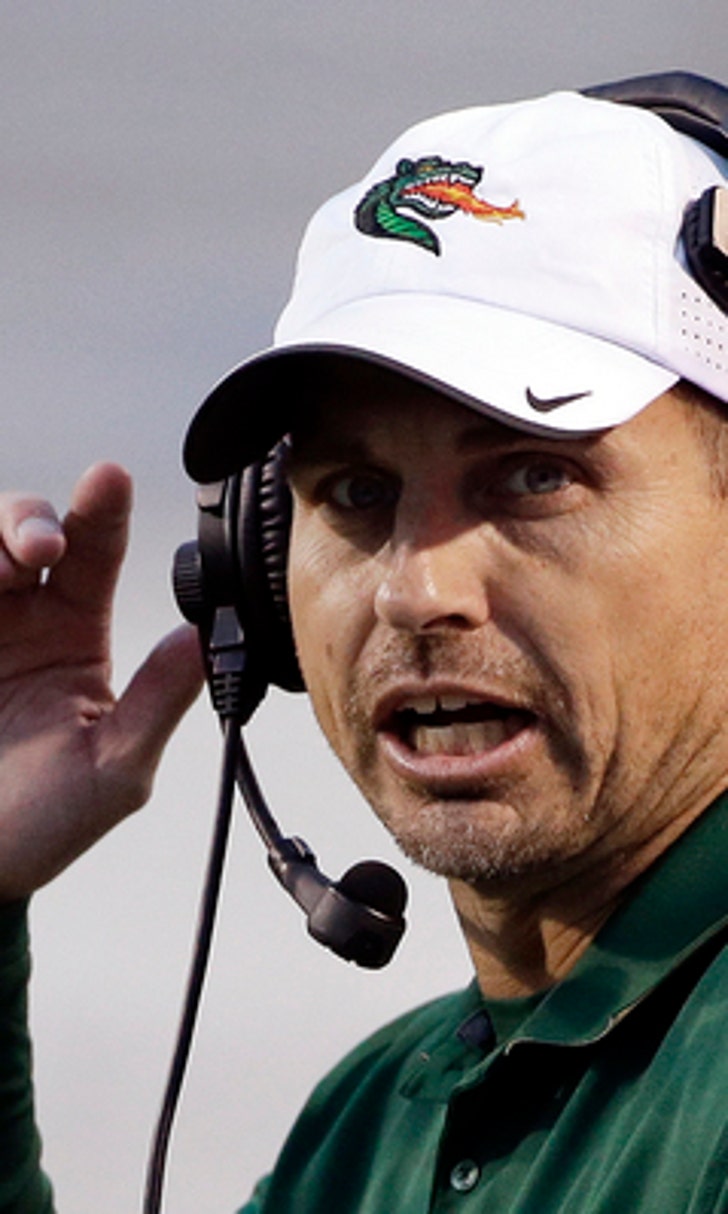 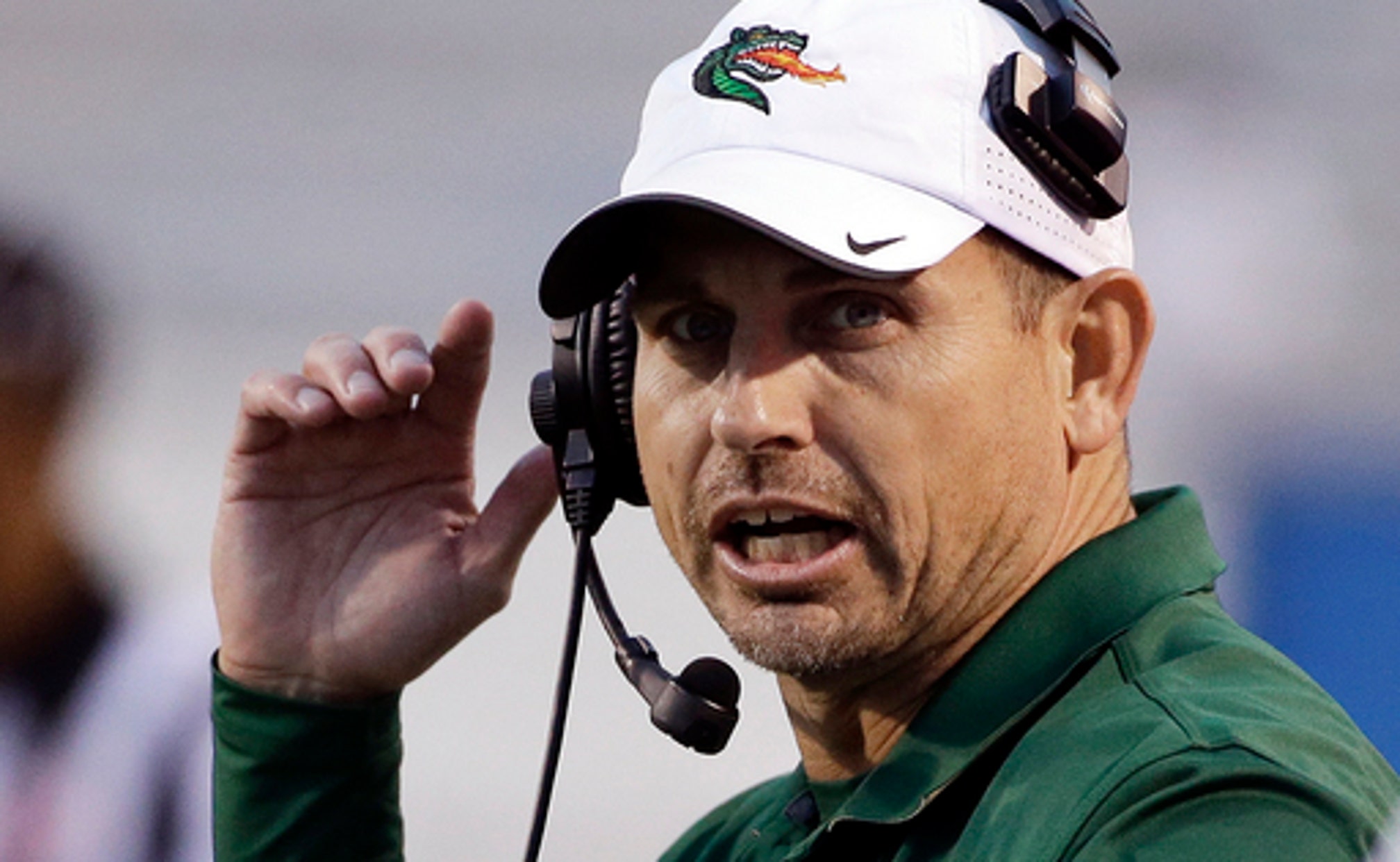 Reborn UAB has something to celebrate this signing day 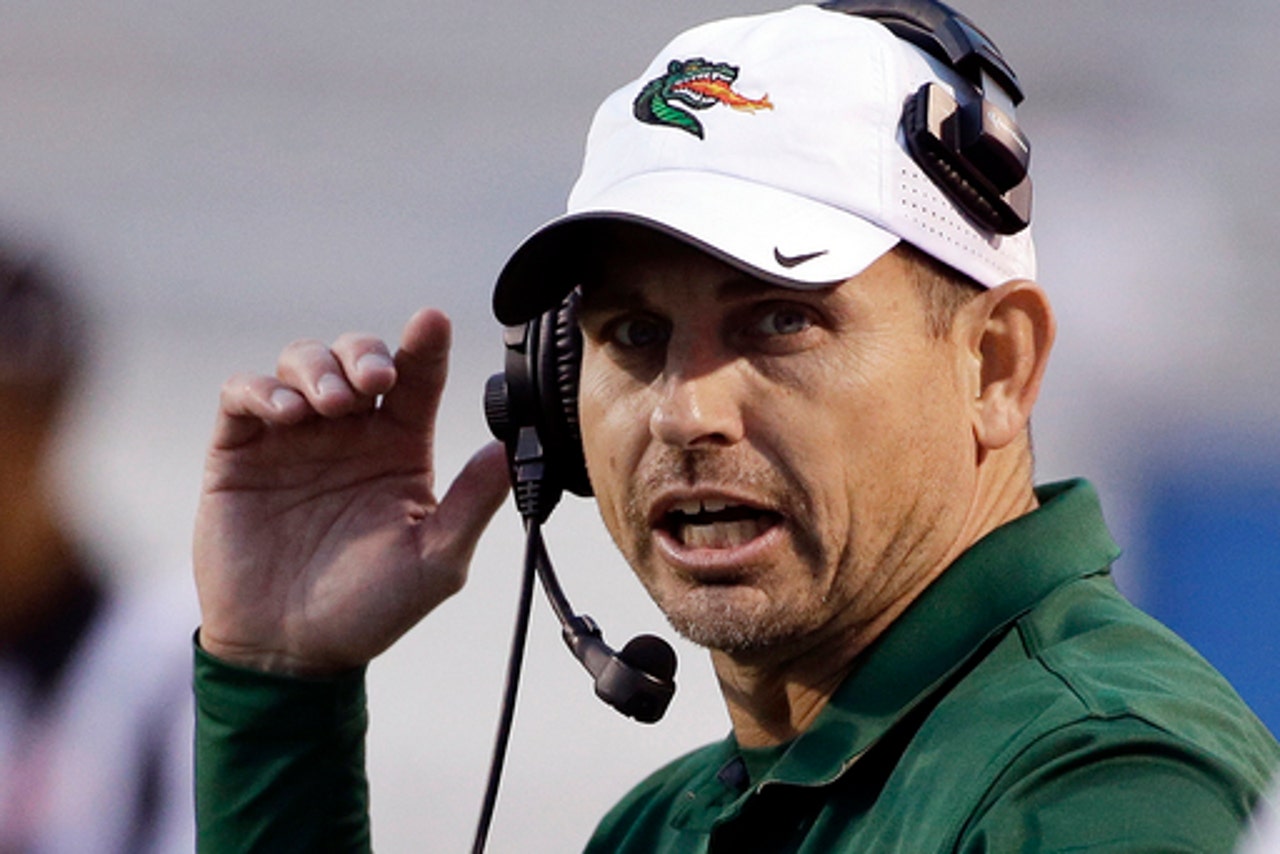 The UAB Blazers will have just as much to celebrate on Wednesday as all the programs collecting five-star recruits and gaudy national rankings.

The Blazers are back in the recruiting business, and in a big way.

UAB, which had eliminated football, might end up with a class of up to 45 players by the end of the annual signing day. Coach Bill Clark and his staff are rebuilding almost from scratch.

''These last few weeks are the most important in the history of UAB football,'' Clark said. ''That's easy for me sitting here but just by sheer numbers, you're setting the tone.''

Indeed, UAB had more than 20 mid-year signees - not all of them have enrolled - and expects to land another 23 on Wednesday. The NCAA cleared the Blazers to sign 20 extra players this offseason to help accelerate their return to a level playing field.

In Clark's debut season, UAB eliminated the football program - along with rifle and bowling - in December 2014 after the Blazers were bowl eligible for the first time in a decade. Then an outpouring of financial and emotional support prompted university President Ray Watts to bring all three sports back last June.

Clark's team will take the field again in 2017, led by a number of the players joining the fold this offseason plus others who have returned or stuck it out.

UAB didn't have the big carrot dangled by other programs. There won't be immediate playing time for any of them.

So Clark shared his vision for the Blazers - including improved facilities and possibly a new stadium - and preached patience. It was no easy sell to teenagers eager to play.

The biggest name in this signing class is former Notre Dame running back Greg Bryant, who got a chance to start over much like the program. He spent last season living out of a hotel room in Miami with friends while attending classes at ASA College, playing in only one game.

Initially he wasn't really interested in UAB or even taking the coaches' calls with more prominent programs like Louisville, Auburn and Utah expressing interest. UAB could offer something they couldn't: Early enrollment.

''I bought into that vision of coach Clark's and bringing all these JUCO guys together and bringing the program back, and really make history,'' said Bryant, who left Notre Dame after he was ruled academically ineligible for the 2015 season. ''Nobody really knows what we do behind the scenes and nobody really knows behind the scenes how many players we've got, how many good players we have. It's all coming together perfectly.''

The once-prized prospect wasn't sure he could have afforded to stay in school after starting the fall crammed into a hotel room with four others. The number of roommates dwindled but he was still stuck living out of hotels through the season.

At UAB, he was allowed to enroll in January 2016 instead of having to wait possibly an extra year to get eligible elsewhere.

''Coach Clark, he really did me a favor, because I was living in hotels in Miami,'' Bryant said. ''He said I could come in as soon as the semester was over. Any other school I would have had to wait another semester and probably be enrolled by December. I just bought into what coach Clark was saying and I got in with a 2.0'' GPA.

Bryant did not meet NCAA standards for immediate eligibility on the field but can compete after spending an academic year at UAB.

The Blazers have already lined up some 65 players, including about 30 walk-ons.

When they return they'll face a full Conference USA schedule and a road game against Florida.