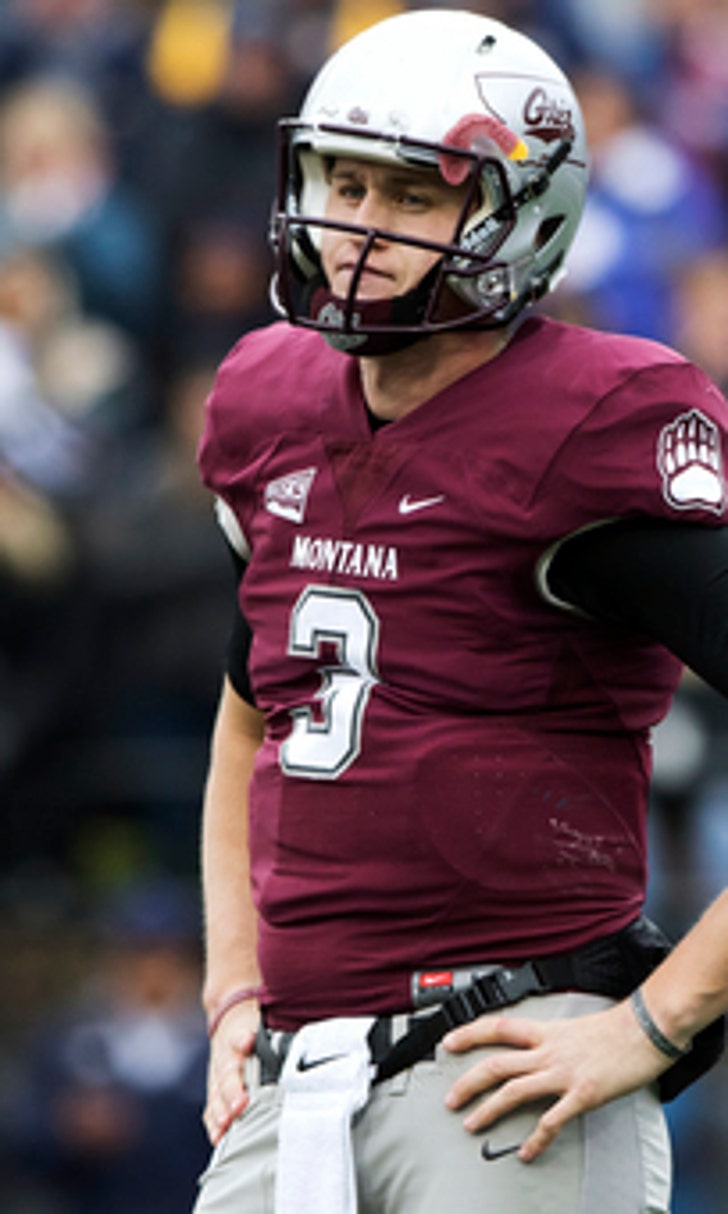 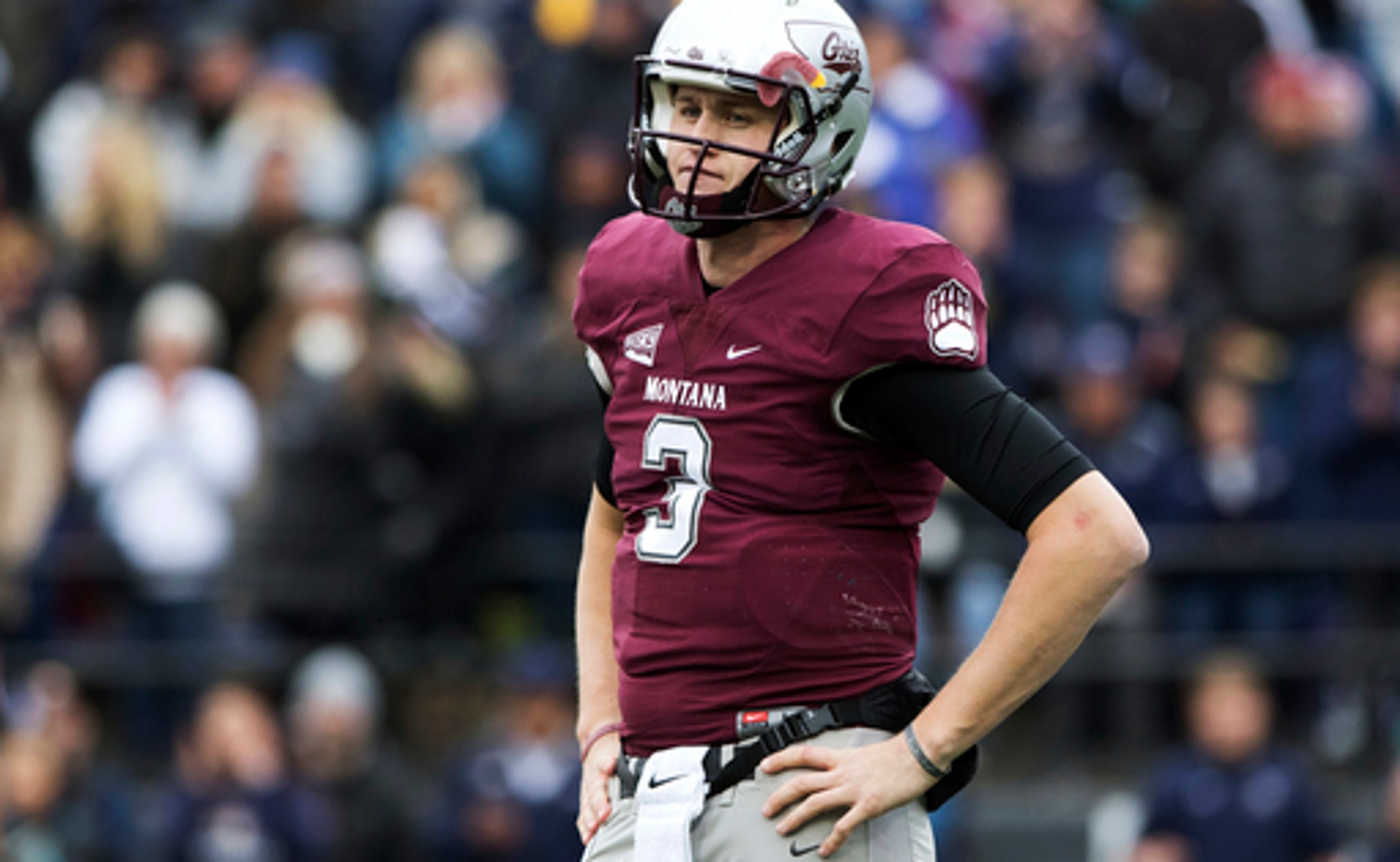 They're watching the Super Bowl, studying two of the best.

How did Matt Ryan make that throw to Julio Jones? Why did he take that sack? What defensive coverage did Tom Brady see on this touchdown pass?

''He's been phenomenal, a great student of the game, really wants to learn, has a high energy level and he's open to new ideas,'' Brunner said about Gustafson, who played at Montana.

Labeled the ''next Carson Wentz'' last fall because he also went to a FCS school, Gustafson won't be drafted with the No. 2 overall pick in this year's draft. Mitch Trubisky, Deshaun Watson, DeShone Kizer and Pat Mahomes are considered the top prospects in a weak quarterbacks class.

But plenty of QBs picked in later rounds have been successful. Dak Prescott, The Associated Press Offensive Rookie of the Year, was chosen in the fourth round a year ago, while Jared Goff and Wentz were Nos. 1-2 overall.

Joe Theismann and Rich Gannon were fourth-round picks. Mark Brunell and Steve Grogan were picked in the fifth round. Marc Bulger, Matt Hasselbeck and Brady (he's another story) were sixth-round choices. Ryan Fitzpatrick was a seventh-round selection.

Gustafson and East Carolina's Philip Nelson have potential to be surprises, the longshots who become a success story. They're the other quarterbacks in this year's draft. Both guys have spent the past two months training along with 44 other college players at Test Football Academy.

''They are being put through the most intense six to eight weeks of their life prior to the NFL combine,'' said Kevin Dunn , the owner and CEO. ''Just getting their body right, their mind prepared. Every ounce of what it takes to make it to the next level, we cover within these four walls.''

Dunn and his team at Test Football Academy are sort of a ''Quarterback University.'' Joe Flacco, Zach Mettenberger, Brian Hoyer, Mark Sanchez and Alex Tanney have trained there. Each worked with Brunner, who started 30 games for the New York Giants between 1980-83. Brunner, who once beat out Phil Simms for the Giants job, threw six TDs passes in two playoff games following the 1981 season.

''Our quarterbacks go through more of an intense, grueling, positional session than any other position,'' Dunn said.

Outside the class room, they focus on improving shoulder strength and rotational power to get more velocity on their throws. They also work on their footwork, mechanics and becoming more lateral because they'll need to be more efficient in moving in smaller pocket space.

Gustafson, a lanky 6-foot-7 with a strong arm, outplayed Wentz in his first career start during his junior season. He had 434 yards passing and three TDs to lead Montana to a 38-35 upset over North Dakota State in the 2015 season opener.

Wentz eventually led the Bison to their fifth straight FCS champion that season, was drafted by the Eagles and started 16 games, going 7-9. Gustafson threw for 2,785 yards, 25 TDs and eight interceptions as a senior.

He wasn't invited to the combine, but worked out for scouts at the NFLPA Collegiate Bowl and will get another chance to impress at his Pro Day on March 13.

''It's an honor and very humbling to hear people say you're like a guy who went No. 2 in the draft,'' Gustafson said. ''It was awesome to see him play the way he did. The Eagles certainly have a bright future with Carson.''

''He's really an exceptional player,'' said Martz, who coached the National team. ''I think Philip is a starter in the league. I'm certain of it. He's a good leader and has a real presence.''

Nelson played two seasons at Minnesota, transferred to Rutgers and finished his collegiate career at ECU.

''It was an honor to play under the guidance of some great NFL educators and mentors,'' Nelson said. ''The lessons from the staff and playbook analysis have helped me continue to develop as a QB. I plan on continuing to work on that foundation for success on the next level.''

Gustafson, Nelson and all the players training at Test Football Academy are working hard to prove they deserve an opportunity in the NFL. They eat, train, sleep and focus on football all day, every day.

For Gustafson, it's a long way from home.

''It's been a little different,'' he said. ''You hop on the highway at any point and you'll see more cars, more traffic than the entire five-hour ride from Billings to Missoula. You get people honking at you and you try to make the adjustment to it as fast as you can, but it's been great to experience a different lifestyle, a different culture and get out of my comfort zone a little bit.''

Gustafson and Brunner hit it off right away.

''It's been absolutely awesome,'' Gustafson said. ''When you get a football guy like Scott, having so much knowledge and the guys he's worked with, you see the success stories, you see everything. Scott is a real professorial guy, he's a great teacher. He knows what he's talking about. He's a guy you trust right away.''

Geir Gudmundsen, the facility's director of football operations, summed it up nicely.