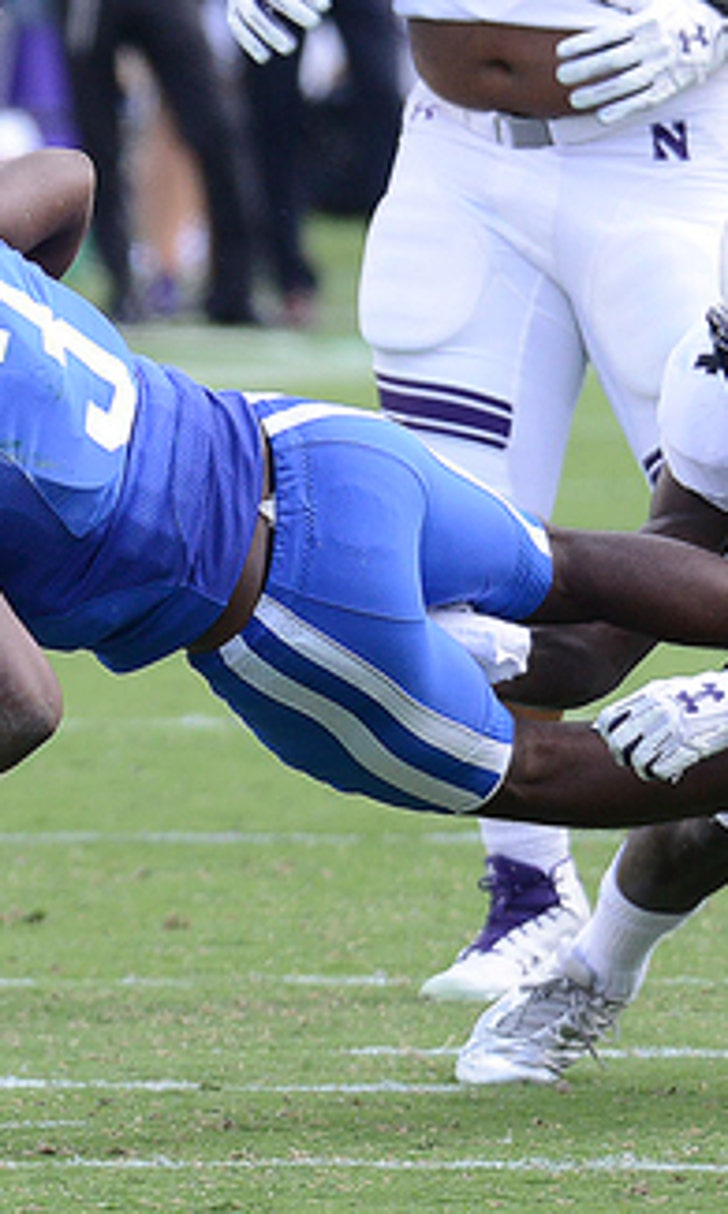 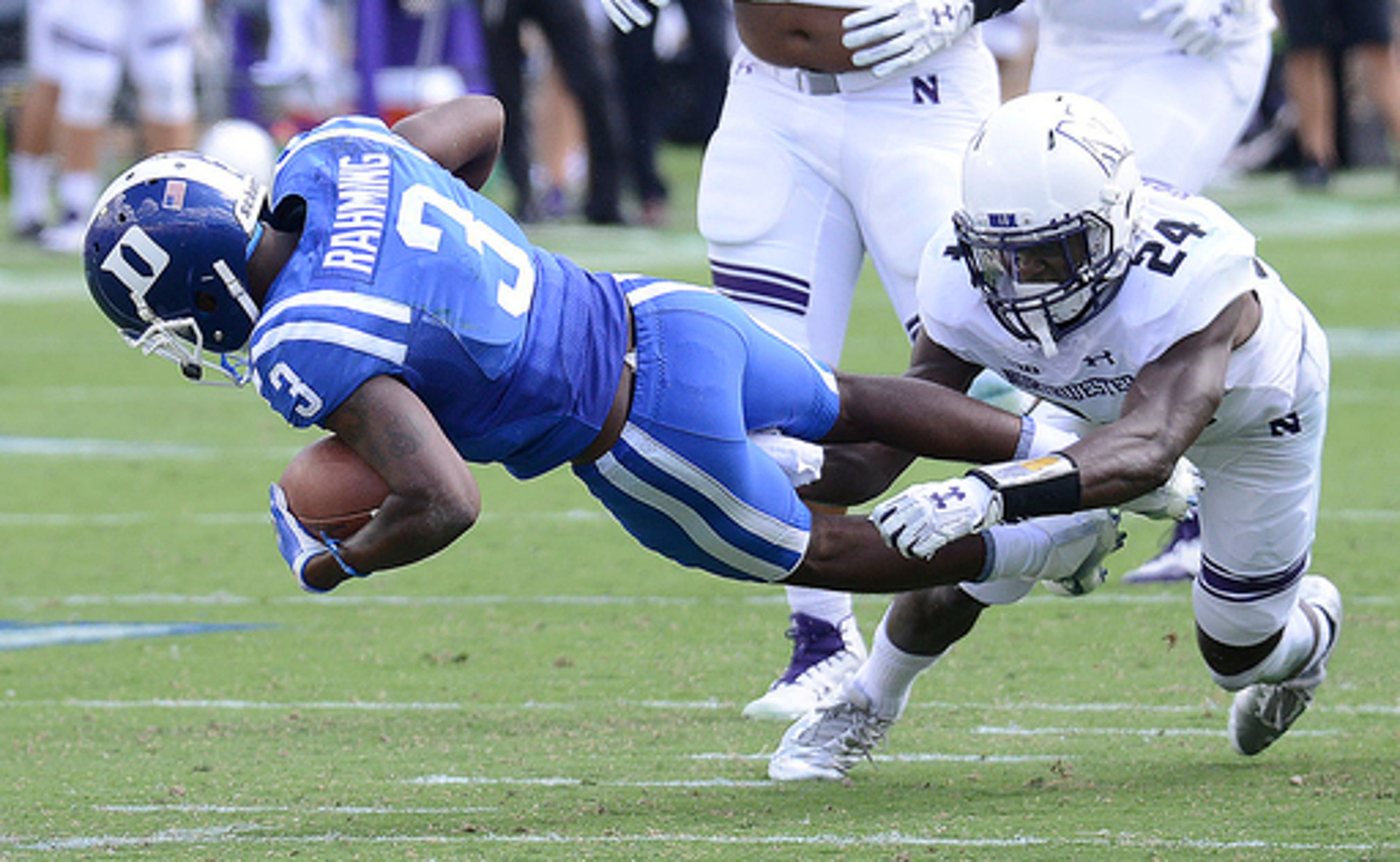 DURHAM, N.C. (AP) Daniel Jones wasn't happy when his stretch of 202 consecutive passes without an interception came to an end.

So, Duke's sophomore quarterback took out his frustration on the Northwestern defense.

Jones accounted for 413 total yards and four touchdowns, and the Blue Devils cruised to a 41-17 victory over the Wildcats on Saturday afternoon.

Jones shook off his first interception since the middle of last season to pass for 305 yards and two touchdowns and rush for a career-high 108 yards and two scores.

Jones' streak of consecutive passes without an interception, longest in the nation, ended in the first quarter with a pick by Montre Hartage. Jones responded with touchdowns on the Blue Devils' next three possessions - a 52-yard pass to Chris Taylor and scoring runs of 11 and 4 yards - to get Duke out to a 21-10 halftime lead.

''It definitely irritated me,'' Jones said of the interception. ''That was a tough point in the game, but you've got to have a short memory with that and be able to get back to what you're doing.''

Jones added a 1-yard touchdown pass to Davis Koppenhaver in the second half and Shaun Wilson had a late touchdown run to turn it into a rout.

T.J. Rahming made 12 catches for 127 yards and Mark Gilbert had two interceptions for the Blue Devils. Overall Duke outgained the Wildcats 538-191, including limiting them to 22 rushing yards.

Justin Jackson's 5-yard touchdown run at the end of the first half was all Northwestern's first-stringers could muster. Quarterback Clayton Thorson was 11 of 29 for 120 yards and two interceptions.

''We got outcoached, out-executed, outplayed,'' Wildcats coach Pat Fitzgerald said, ''and that starts and ends with me.''

NORTHWESTERN: The Wildcats' early-season play continues to be concerning. They trailed Nevada 17-7 at home and 20-17 midway through the fourth quarter before rallying to escape in their home opener, and were downright non-competitive against Duke. Northwestern accumulated more than 15 yards on only three of its 13 drives.

DUKE: Jones continues to impress, as does the Blue Devil defense. A week after holding FCS North Carolina Central to seven points and 158 total yards, Duke was every bit as stout against a better opponent, limiting the Wildcats to just over 1 yard per carry and recording four sacks and three turnovers.

''We watched a lot of film and we saw that a lot of their route concepts were kind of repetitive,'' said Gilbert, whose two interceptions were the first of his career. ''Just by watching film we were able to prepare very well.''

Duke's next possession after Jones' pick appeared to end in a turnover as well. Jones' pass over the middle was tipped and intercepted by Godwin Igwebuike at the Northwestern 3-yard-line, but Wildcats safety Jared McGee was called for targeting on the play, nullifying the interception. Three plays later, Jones ran in his 11-yard touchdown to give Duke its first lead at 7-3 and begin the stretch of three straight possessions with a score.

''That was huge,'' Jones said. ''We really needed a touchdown there and to be able to get that second chance was good for us and the momentum.''

Northwestern's Jackson entered the game second among active FBS running backs with 4,238 career rushing yards, but was held to 18 yards on seven carries by the Duke defense. It was the fewest rushing yards in a game in his career.

Part of the reason for Northwestern's low offensive output was it couldn't stay on the field. The Wildcats converted just 1 of 10 third downs, compared to 15 of 22 on third downs for Duke.

NORTHWESTERN: The Wildcats return home to face Bowling Green for their nonconference finale before opening Big Ten play at Wisconsin on Sept. 30.

DUKE: The Blue Devils play host to Baylor in the first matchup between the schools since 1958.