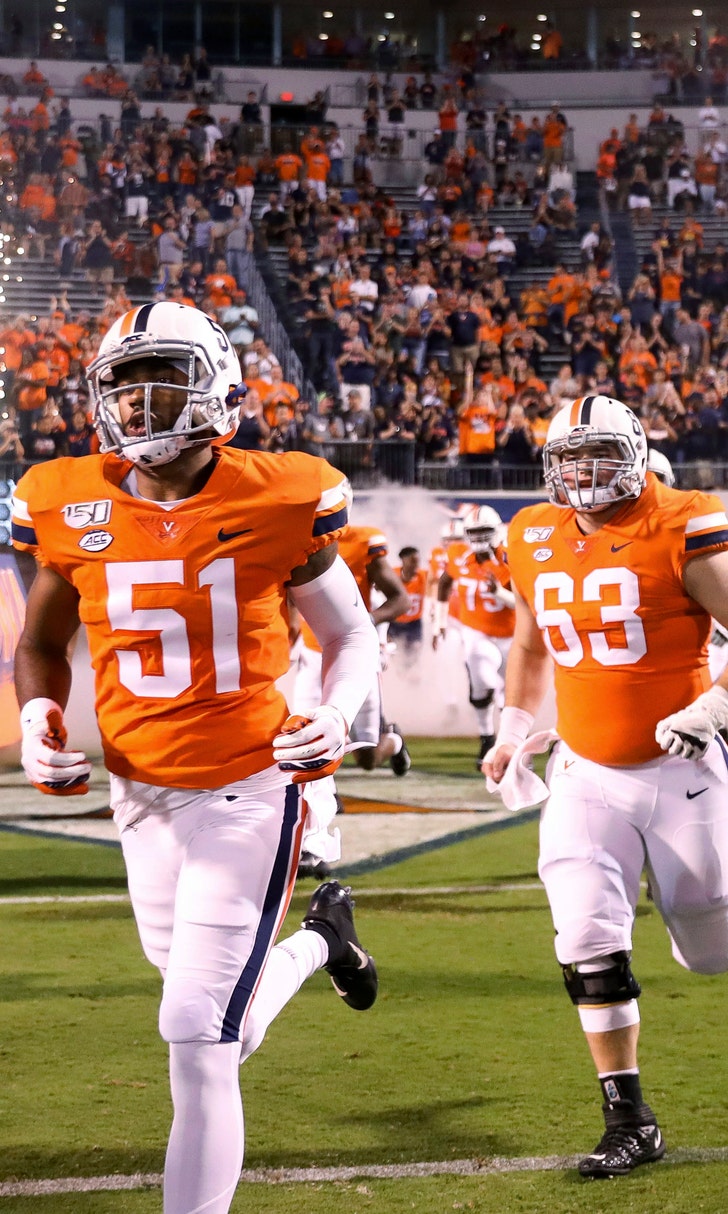 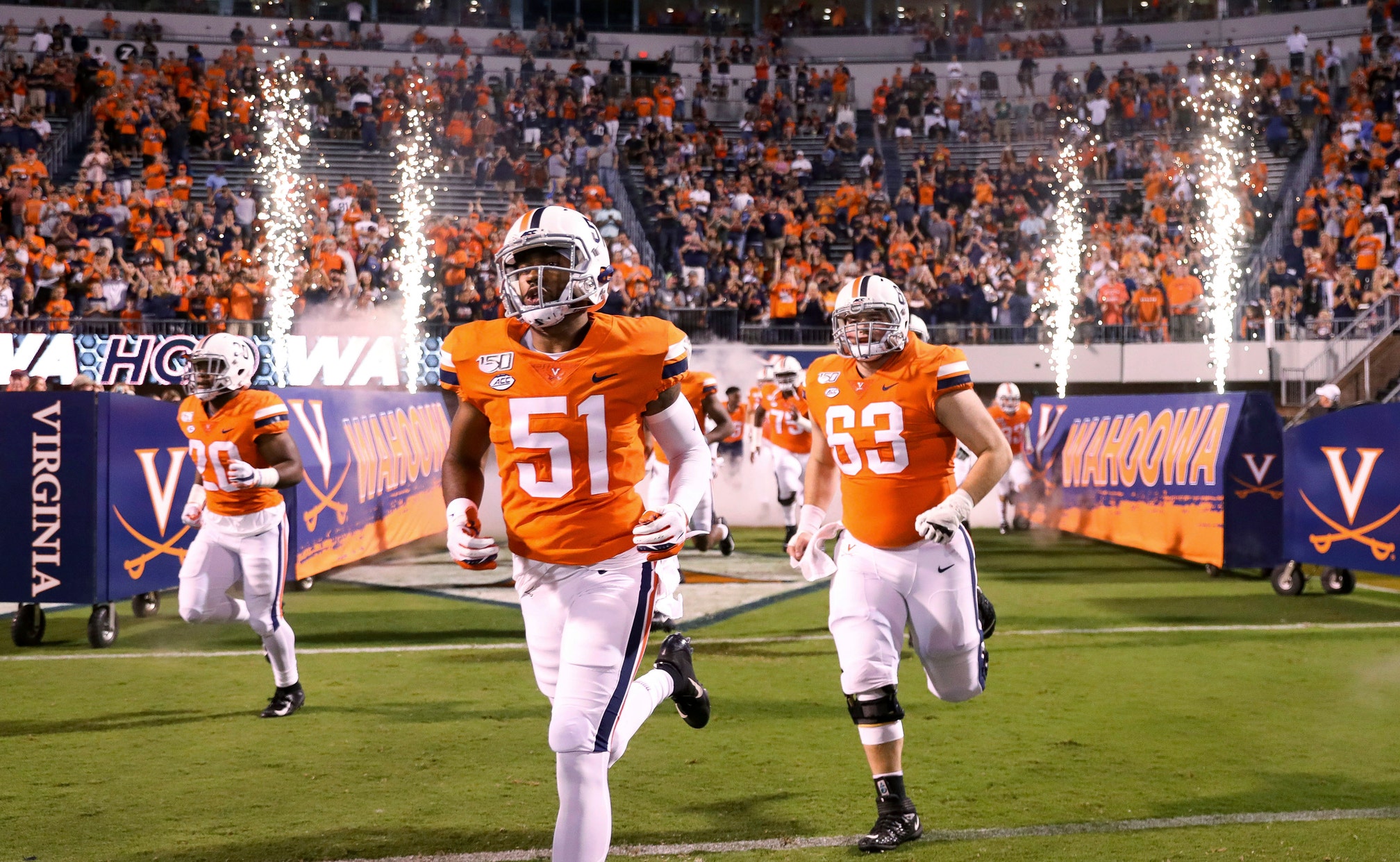 CHARLOTTESVILLE, Va. (AP) — Bronco Mendenhall viewed Virginia's game against William & Mary as something of a measuring stick for how far the Cavaliers have come in his three-plus years as coach, and the way they took command quickly and never let up left him pleased.

"It reflects maturity and again, experience, and so I take that as a step in the right direction," Mendenhall said after Bryce Perkins threw for two touchdowns and ran for a third and Virginia took an early 21-0 lead and drubbed the Tribe 52-17 on Friday night.

Letting up, even after leading 35-3 at halftime, was never an option, linebacker Jordan Mack said.

"We just keep playing the game, keep the throttle down and whatever the score is, just come out ready to play," he said.

Joe Reed caught a 40-yard touchdown pass and returned a kickoff 100 yards for the Cavaliers (2-0), who spoiled the return of former coach Mike London, the 2011 Atlantic Coast Conference coach of the year who was fired after the 2015 season and replaced by Mendenhall.

"I think they scored every which way you could," London said.

William & Mary (1-1) got its only points against Virginia's first team after recovering a muffed punt at the Cavaliers' 13 yard-line in the second quarter. The Tribe began the fourth quarter trailing 45-10 and having gained just 75 yards. It finished with just 193 yards as the Cavaliers got after freshman quarterback Hollis Mathis from the start. One week after running for 127 yards, he managed just 10.

"I don't know about rattled him as opposed to they got after him and they covered all the gaps and made sure that he was going to be under duress when he threw the ball," London said.

Mathis did not complete a pass in just four attempts and was intercepted once.

The Tribe intercepted Perkins twice, ending his string of 145 passes without an interception, and got another pick when Arman Jones picked off backup Brennan Armstrong and returned it 47 yards for a score. William & Mary has forced four turnovers in both of its games.

"If there is a time to have those, now was the time," coach Bronco Mendenhall said of Perkins' miscues.

Perkins' other touchdown pass was a 15-yarder to transfer Terrell Chatman, his roommate when they started their careers at Arizona State. The Cavaliers also scored on Nick Grant's 85-yard interception return and freshman Mike Hollins' 9-yard run on his first college attempt.

William & Mary: Hollis Mathis set a program record with 127 rushing yards in the Tribe's opener, but was no match for the Cavaliers' swarming defense. He finished with 10 yards on 15 carries. His quickness will serve him much better against FCS-level competition, but his throwing needs much work. His lone attempt at throwing deep was very poorly thrown and never had a chance of reaching the receiver.

"We actually wanted to stop him before he ever got started," Mendenhall said of Mathis' scrambling ability.

Virginia: The Cavaliers have now won 10 of their last 15 games, and while they never drew more than 43,128 fans to 61,500-seat Scott Stadium last season, their student section was packed for this game and the announced crowd was 45,250, the largest since 48,609 saw them lose 10-0 to rival Virginia Tech with a chance to end the Hokies' long bowl streak in the 2017 season.

"It was noticeable the support we had today," Mendenhall said. "I really noticed the student section."

Hollins was hardly touched on his first scoring run and showed the ability to gain yards in traffic, too.

He finished with 78 yards on just 11 carries.

The game was the first for Virginia since they beat Duke 49-28 in 1989 that the Cavs did not have to punt.

It also was the first time since a 48-29 victory against Akron in 2002 that they scored on offense, defense and special teams.