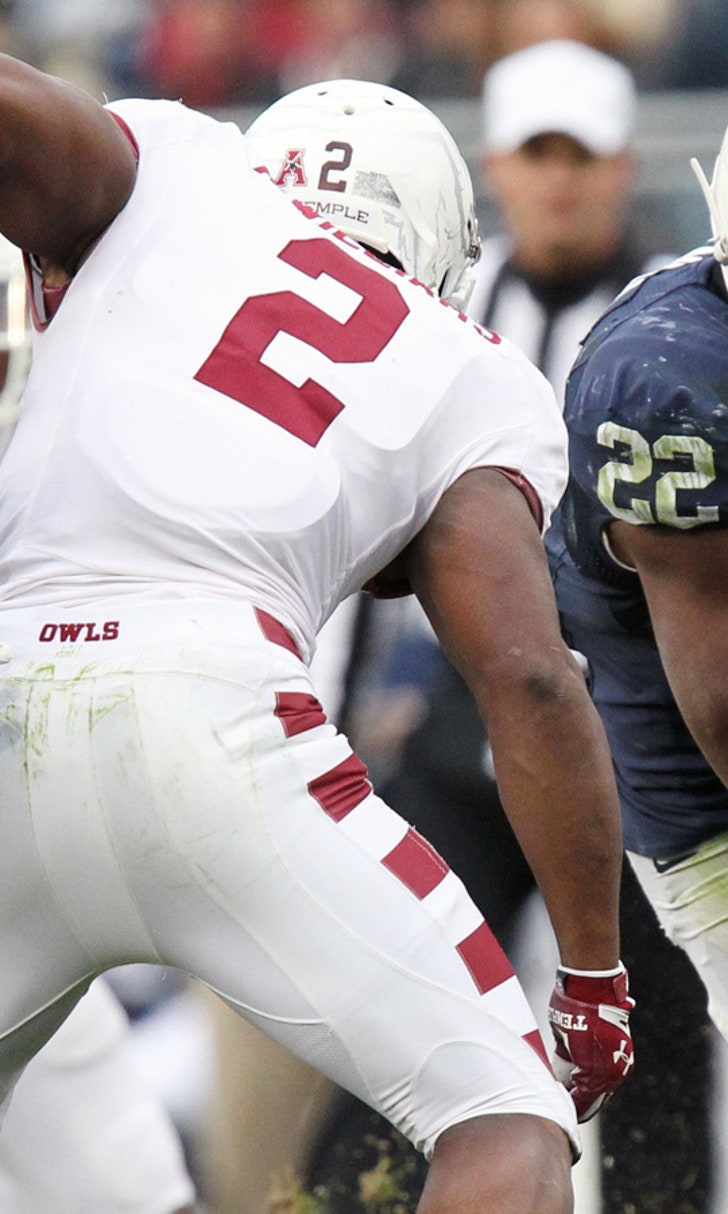 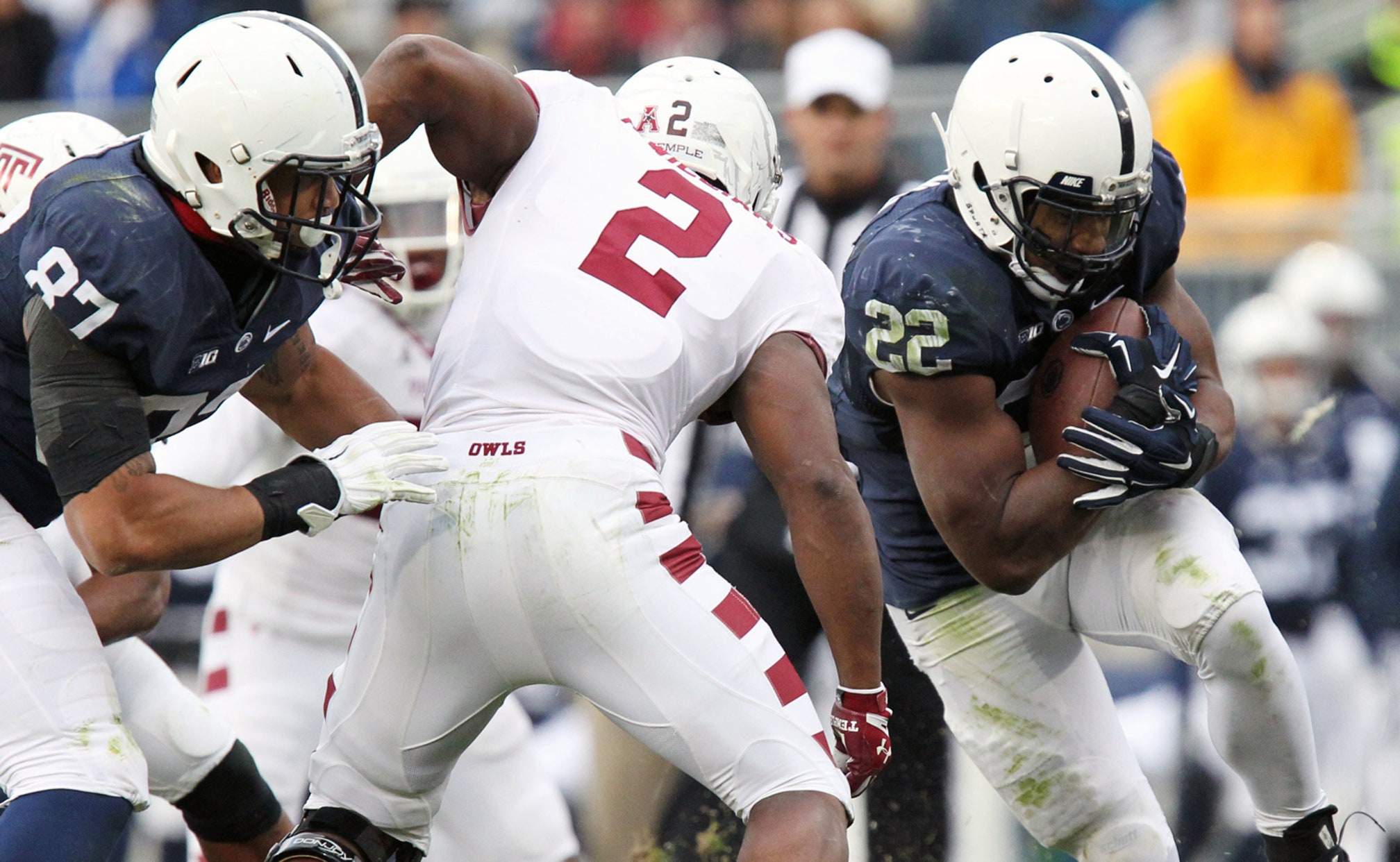 Penn State bowl-eligible for first time since 2011 with win vs. Temple

STATE COLLEGE, Pa. -- Penn State capitalized on five Temple turnovers, Akeel Lynch rushed for 130 yards and the Nittany Lions defeated the Owls 30-13 on Saturday to become bowl-eligible for the first time since 2011.

Penn State was ineligible for postseason play for four years as a result of NCAA sanctions from the Jerry Sandusky child sex abuse scandal. The NCAA lifted those sanctions Sept. 8.

Grant Haley, one of four Penn State freshmen to play in the secondary, returned a Walker pass 30 yards for a touchdown and a 27-13 lead. Christian Campbell, Adrian Amos and Jesse DellaValle also had interceptions and Austin Johnson recovered a Walker fumble.

Penn State wasn't without its own sloppiness as Temple set itself up three times with short-field opportunities with a fumble and two interceptions.

Walker was 17 of 38 for 187 yards and the four interceptions. Penn State quarterback Christian Hackenberg was just 12 of 26 for 112 yards and a pair of picks.

Tyler Matakevich returned Hackenberg's second interception 41 yards and Penn State was guilty of blocking below the waist to set up the Owls at the 16. But Deion Barnes stuffed Jamie Gilmore on a third-and-1 run up the middle and Austin Jones tied the game at 6-6 on a 25-yard field goal with 6:52 left in the third quarter.

The Lions took control with their ground game when Belton swept right for 37 yards to the 38. Lynch went over the 100-yard mark for the third time in his career when he started out over left tackle, shifted left, broke a tackle by Alex Wells and broke free for the 38-yard score and a 13-6 lead.

Penn State appeared to have the game in hand when Temple's Walker, under pressure by linebacker Brandon Bell, was intercepted by Adrian Amos, who returned it 33 yards to the 8. Belton scored from there to pad Penn State's lead to 20-6, but Temple immediately countered.

Walker found a wide-open Jalen Fitzpatrick who beat Penn State's Jordan Lucas and hauled in a 75-yard scoring pass to close the Owls' deficit to 20-13.

Rolling Over the Defense
After a dominant performance in a win over Georgia, Reggie Bush named Alabama's DeVonta Smith his 'Playmaker of the Week.'
19 hours ago

What You Need to Know: Big Ten Begins
Here comes the Big Ten, featuring a top 25 matchup and the return of Justin Fields in its debut weekend.
23 hours ago

Alabama Makes Statement Against Georgia
Nick Saban continued his absurd win streak against former assistants as Mac Jones had a star-making, breakout performance.
6 days ago
those were the latest stories
Want to see more?
View All Stories
Fox Sports™ and © 2020 Fox Media LLC and Fox Sports Interactive Media, LLC. All rights reserved. Use of this website (including any and all parts and components) constitutes your acceptance of these Terms of Use and Updated Privacy Policy. Advertising Choices. Do Not Sell my Personal Info