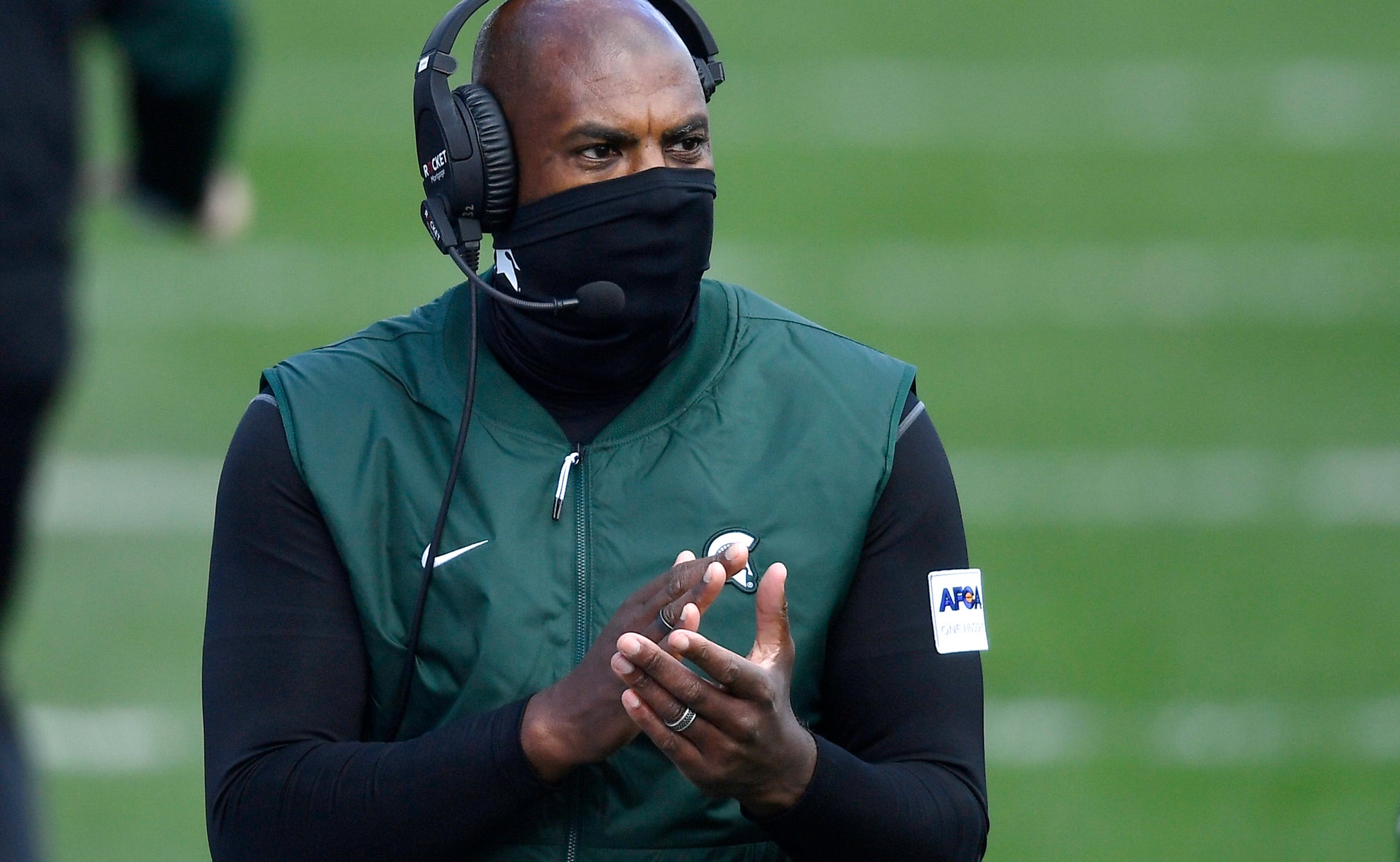 Editor's Note: This content is sponsored by FOX Bet, which was developed by a division of Flutter Entertainment in partnership with FOX Sports, a unit of FOX Corporation. FOX Bet is solely responsible for this content and the products and services it provides.

The one certainty in rivalry games is uncertainty.

Rosters might not line up equally, or programs might be at different points in the college football pecking order, but it doesn’t always matter. Just the sight of the other team’s laundry across the way – a neighboring school, a long-time antagonist – can change the dynamic of a team's make-up.

For the Michigan Wolverines and Michigan State Spartans, two teams whose first meeting took place in 1898, that couldn’t be more true. And when they meet Saturday afternoon in Ann Arbor for the Big Noon Kickoff on FOX (12 noon EDT), that lesson will be lurking on the brain of everyone in the Great Lake state.

The line is one of the highest spreads in the history of the rivalry, which will play its 113th meeting Saturday.

Michigan has won the past two years and three of the last four. In 2019, it was all Wolverines, as they romped to a 44-10 victory over the Spartans in the final game of the rivalry to feature long-time Michigan State head coach Mark Dantonio.

Michigan leads the all-time series, 71-36-5, and has won three of the last four, after the Spartans went on a three-game rivalry winning streak from 2013-2015.

The Wolverines were one of the great unknowns heading into this season, thanks in large part to an offensive attack that seemed light on experience, but that might have changed after Michigan traveled to Minneapolis and was highly impressive in a 49-24 season-opening victory over the Golden Gophers.

Quarterback Joe Milton threw for 225 yards and a touchdown, while rushing for 60 yards and another score. Michigan’s running backs – a big question coming into the year considering Jim Harbaugh planned to use a rotation of four backs –grinded out 256 yards on the ground, while the Wolverines defense recorded five sacks.

All is well then, right? Well, maybe not.

Michigan’s problem under Harbaugh has been keeping prosperity going and playing consistently from the beginning of the season to the end – especially against arch-nemesis Ohio State. Games against Michigan State fall into the “you should win it” category, but there have also been times over the years where the Wolverines have sputtered and either barely eked out a win or were upset.

For the Spartans, let’s start with the obvious storyline, which is that Dantonio – the winningest coach in Michigan State history – won’t be on the sidelines for the Spartans in this rivalry for the first time since 2006, after compiling an 8-5 record against Michigan.

Mel Tucker, who was previously the defensive coordinator at Georgia and was a graduate assistant at Michigan State in the late 1990s, took over and was rudely introduced to head coaching last Saturday, when Rutgers broke its 21-game Big Ten losing streak with a 38-27 win at East Lansing.

A key guy to keep an eye on is Rocky Lombardi, the Michigan State quarterback who threw for 319 yards in the Rutgers loss. There are some playmakers here, especially with Jayden Reed and Jalen Nailor on the outside.

The question for Michigan State, however, is whether they can force Milton into coughing up the football. If Michigan State has any chance of hanging around in this one, it must force turnovers.

Here is a quick look at the other five matchups in this week's Super 6:

Fresh off a heartbreaking 24-21 loss to Oklahoma State last Saturday, the Cyclones get a bit of a break against a Kansas squad that has averaged just 15 points per game this season. Brock Purdy could have a monster day, as the junior quarterback is going against a Jayhawks defense that allows 437.6  yards of total offense per game. In addition, Kansas has lost its five games by an average of 30 points per game this season.

LSU bounced back last weekend with a 52-24 victory over South Carolina, and Tigers quarterback Myles Brennan threw for 430 yards. However, a lower-body injury figures to keep Brennan out of Saturday's matchup. Meanwhile, Auburn’s Gus Malzahn is back on the hot seat after losses to Georgia and South Carolina, and ugly wins over Arkansas and Ole Miss.

The Cowboys are establishing themselves as the best bet to make a run at the College Football Playoff out of the Big 12, thanks to their defense, which has allowed an average of only 12 points per game and held opponents to under 200 yards per game passing and rushing. Keep an eye on Chuba Hubbard, Oklahoma State's superstar running back who has rushed for more than 100 yards and scored a touchdown in each of the last three games.

A lot of starch was taken out of this matchup with the Nittany Lions’ 36-35 overtime loss to Indiana last weekend. Penn State quarterback Sean Clifford didn’t get going until the fourth quarter, and the Nittany Lions' running game has been decimated by injuries. Meanwhile, Ohio State took awhile to get its offense cranked up before cruising to a 52-17 victory over Nebraska last week. Quarterback Justin Fields finished the day 20-for-21 for 276 yards and two touchdowns against the Cornhuskers.

Oklahoma is seeking a third straight win over Texas Tech, which ended a three-game losing streak last Saturday at home against West Virginia. Sooners QB Spencer Rattler has thrown for 352.8 yards per game and has become more confident under center. Meanwhile, Texas Tech needs to solve its defensive issues, as the Red Raiders are yielding almost 500 yards per game.

One of the best weekend slates on the college football schedule is a great reason to sign up for the FOX Super 6. Download the app today and start picking these six games for free. You could win $25,000!

Jaret with the Jets
Buffalo's Jaret Patterson smashed records last Saturday. His reward? An easy selection as Reggie's Playmaker of the Week.
4 hours ago