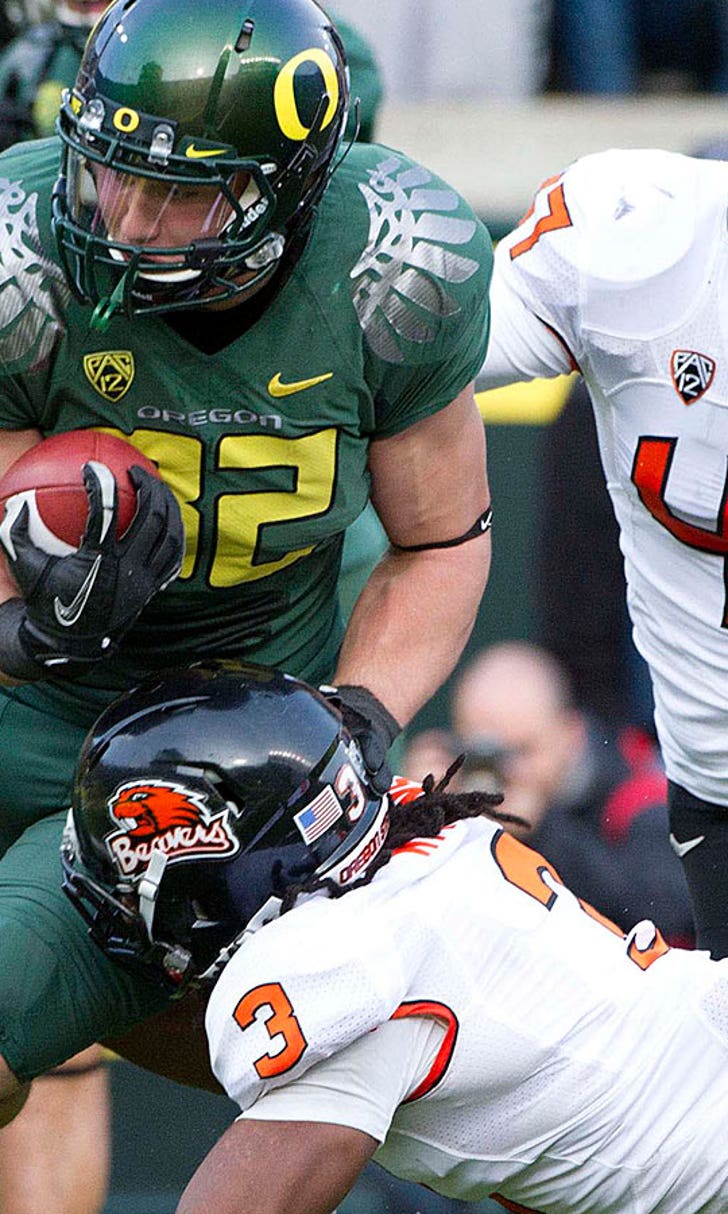 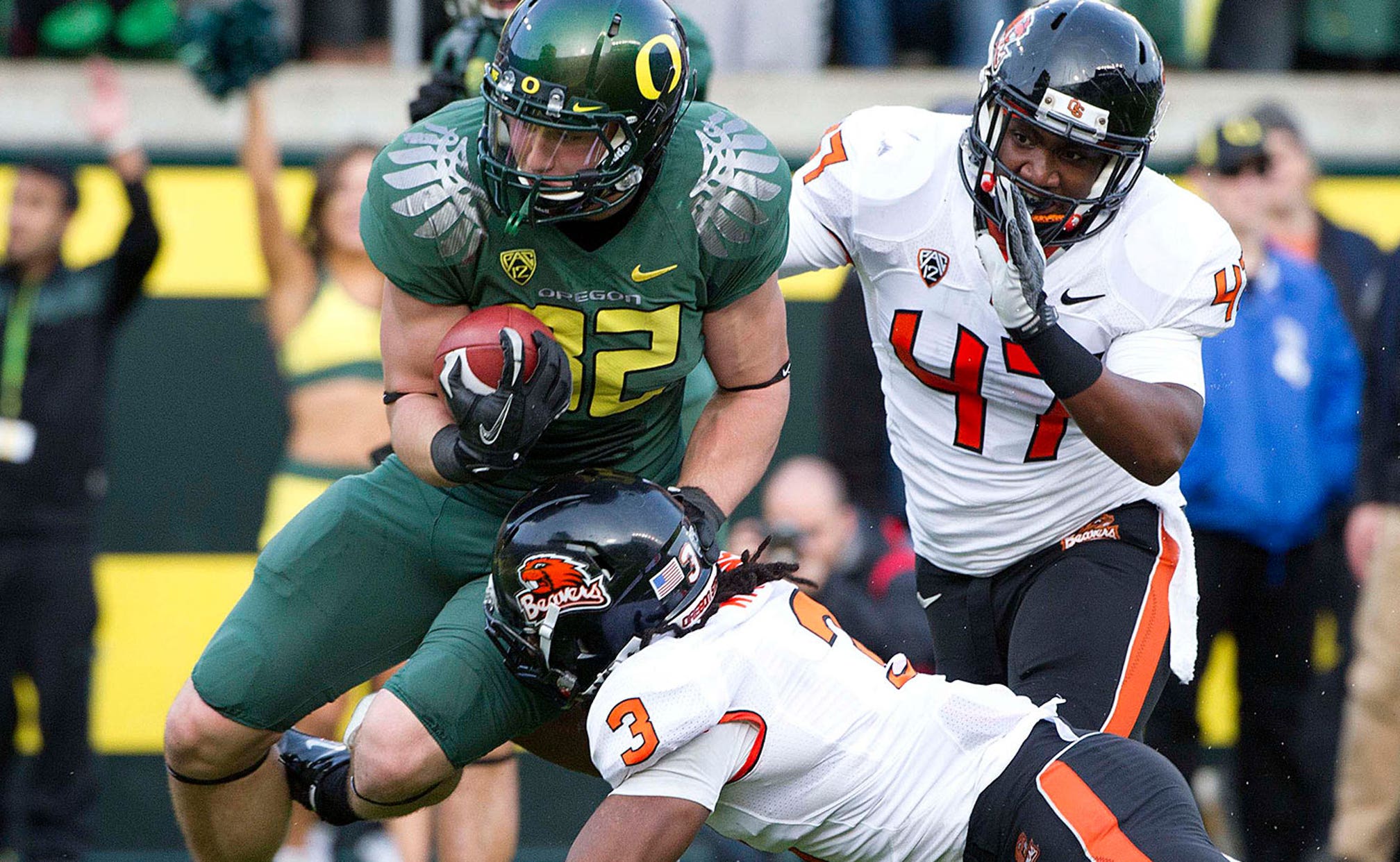 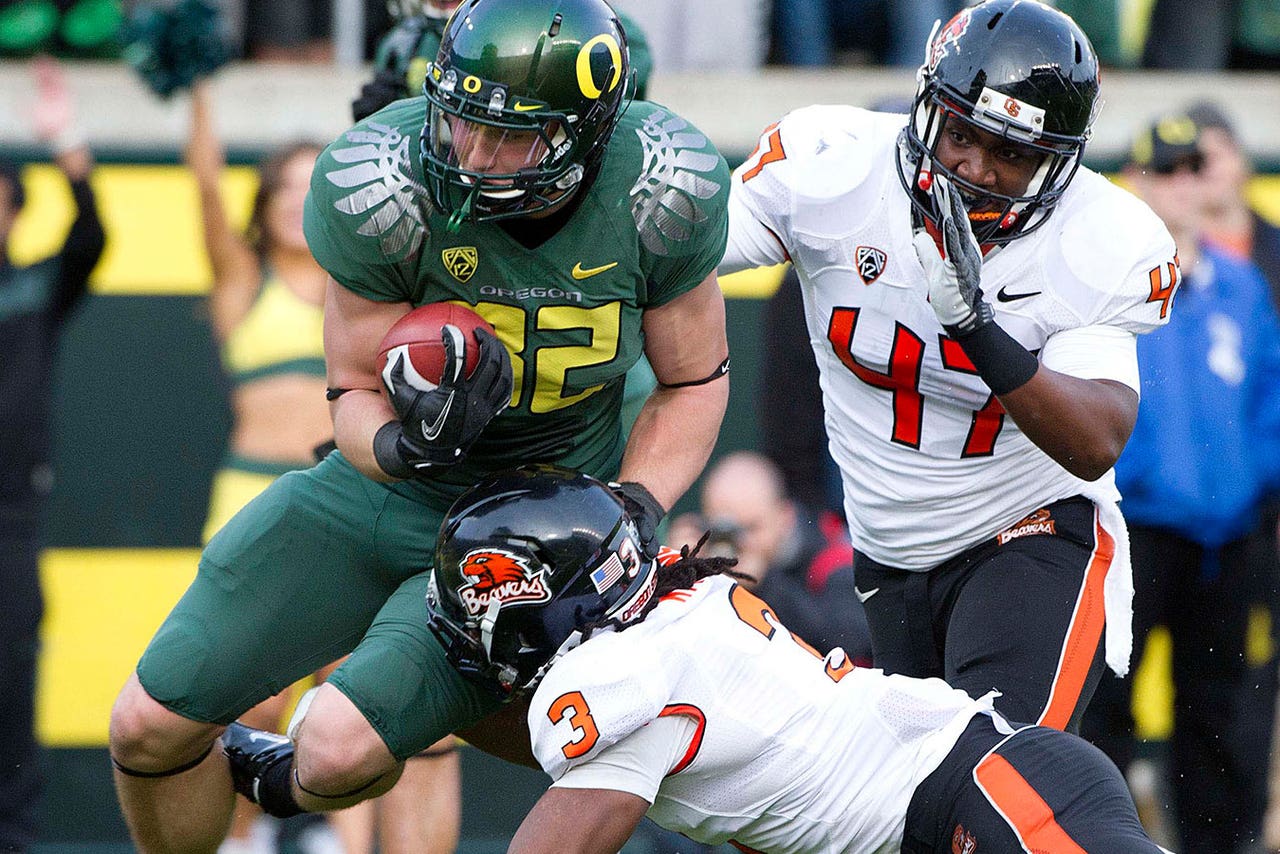 Oregon says it will look into the allegations of former Ducks tight end Colt Lyerla, who says he was promised a house and car if he attended the school.

"The University of Oregon takes seriously any allegation of a rules violation and the compliance department will thoroughly examine the information to determine its validity as we do in all cases," the department announced in a statement.

According to a longform piece by SB Nation published Wednesday, Lyerla says his family was in support of him attending USC until, "I was promised a house, a car, all these things," by an Oregon booster.

Lyerla knew the man had the means to deliver on his guarantees. Tammy knew that as well, too, and now she leaned on her son to sign with the Ducks, a change Lyerla believes was made with the best intentions, but inspired by her precarious living situation. "All of a sudden, it was 'You need to go to Oregon. That's the best place for you. They're going to take care of you,' he says. "My mom was really impressionable. When it was me and my mom in high school, it was $600 a month for the both of us. That's how we lived ... anything good financial-wise that would take care of me or take care of her, she was going to go for it."

Despite the alleged promises, Lyerla said he never received the gifts.

Lyerla, a native of Hillsboro, Oregon, played in three seasons for the Ducks.