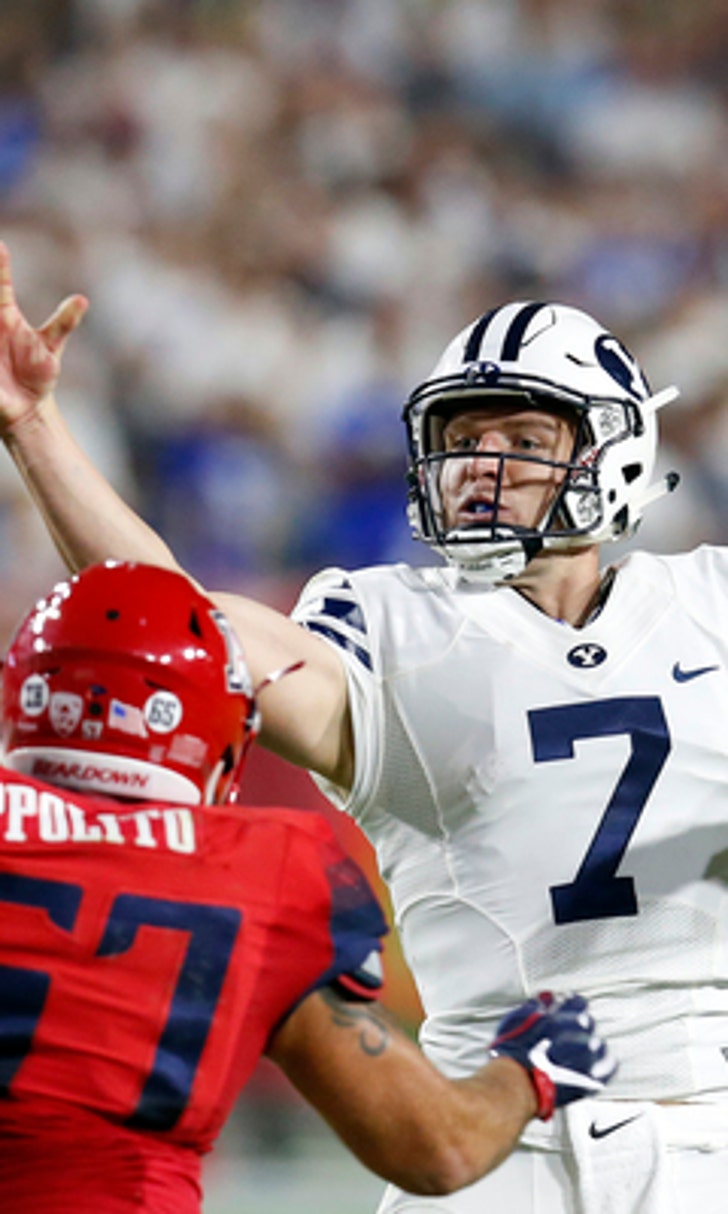 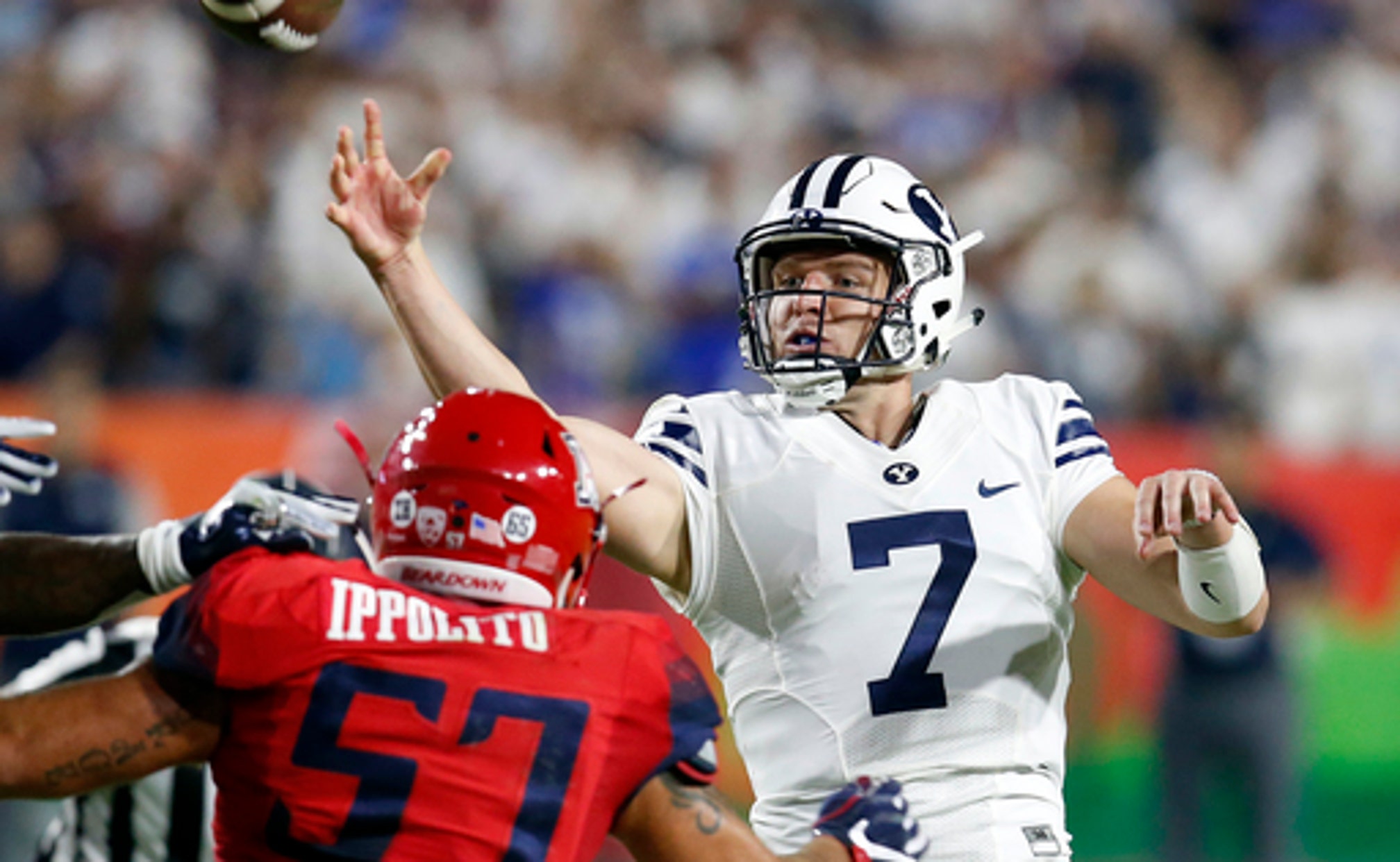 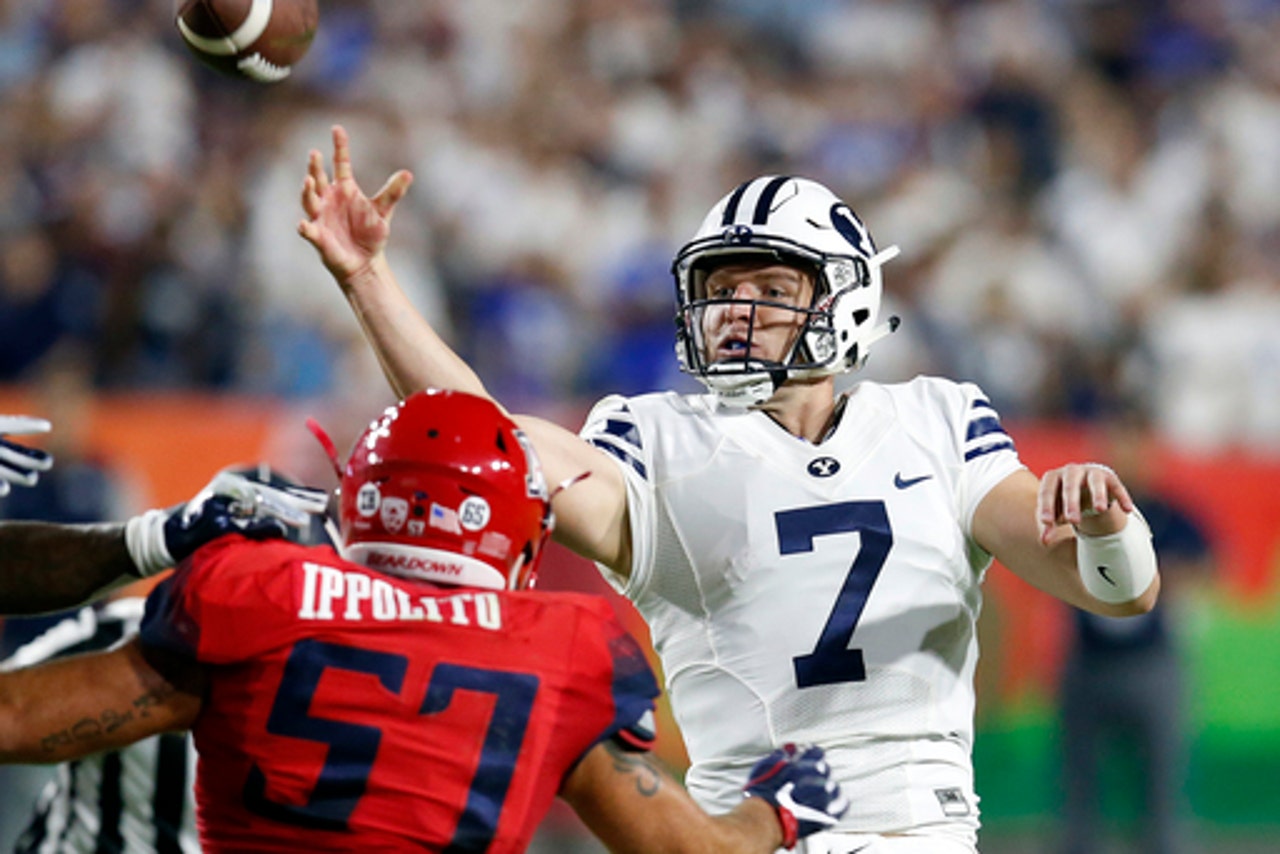 Arizona's Nick Wilson scored on a 49-yard run with 1:26 left and the Wildcats failed on the 2-point conversion, giving the Cougars a final chance at University of Phoenix Stadium.

BYU started its final drive on its own 31 and quickly moved down the field to set up Oldroyd's kick. The freshman split the uprights, raised his arms and rain toward BYU's sideline after hitting a winning kick in his first career game.

Taysom Hill was sharp after missing most of last season with a foot injury, hitting 21 of 29 passes for 202 yards and a touchdown.

BYU's defense pressured Arizona quarterback Anu Solomon all night and had two interceptions, including one by Kai Nacua in the fourth quarter.

Solomon, named the starter just before the game, threw for 213 yards on 20-of-30 passing.

Wilson also scored on a 15-yard run in the fourth quarter and finished with 138 yards rushing.

BYU: Williams looked like he had never left and Hill was solid in his return, coming through when the Cougars needed him to. Despite some breakdowns in the fourth quarter, BYU's defense was solid, holding Arizona's quick-hitting offense in check most of the night.

Arizona: The offensive line, one of the team's most experienced groups, could not solve BYU's pressure until late. The defense, solid for most of the night, allowed the Cougars to quick-hit their way down the field to set up the winning kick. Arizona entered the season with plenty of questions and didn't get many answers.

BYU: The Cougars continue a brutal start to the season at Utah next Saturday, followed by games against UCLA and West Virginia.

Arizona: The Wildcats play their home opener against Grambling State next Saturday.