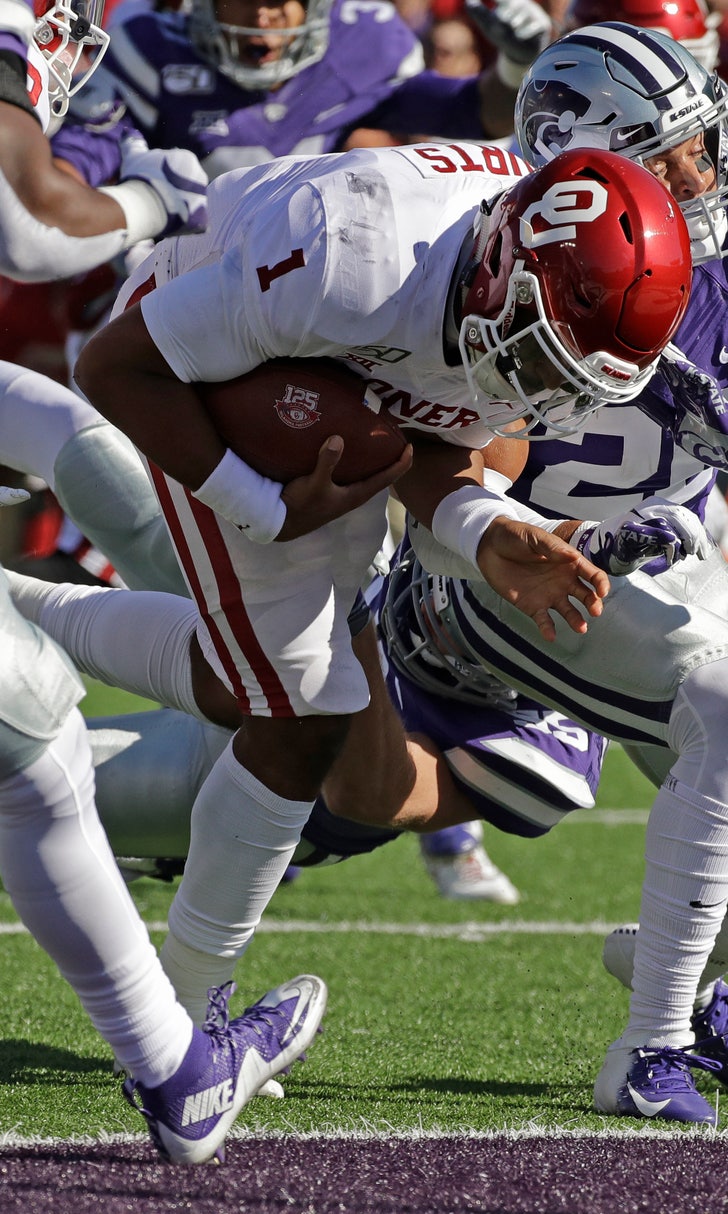 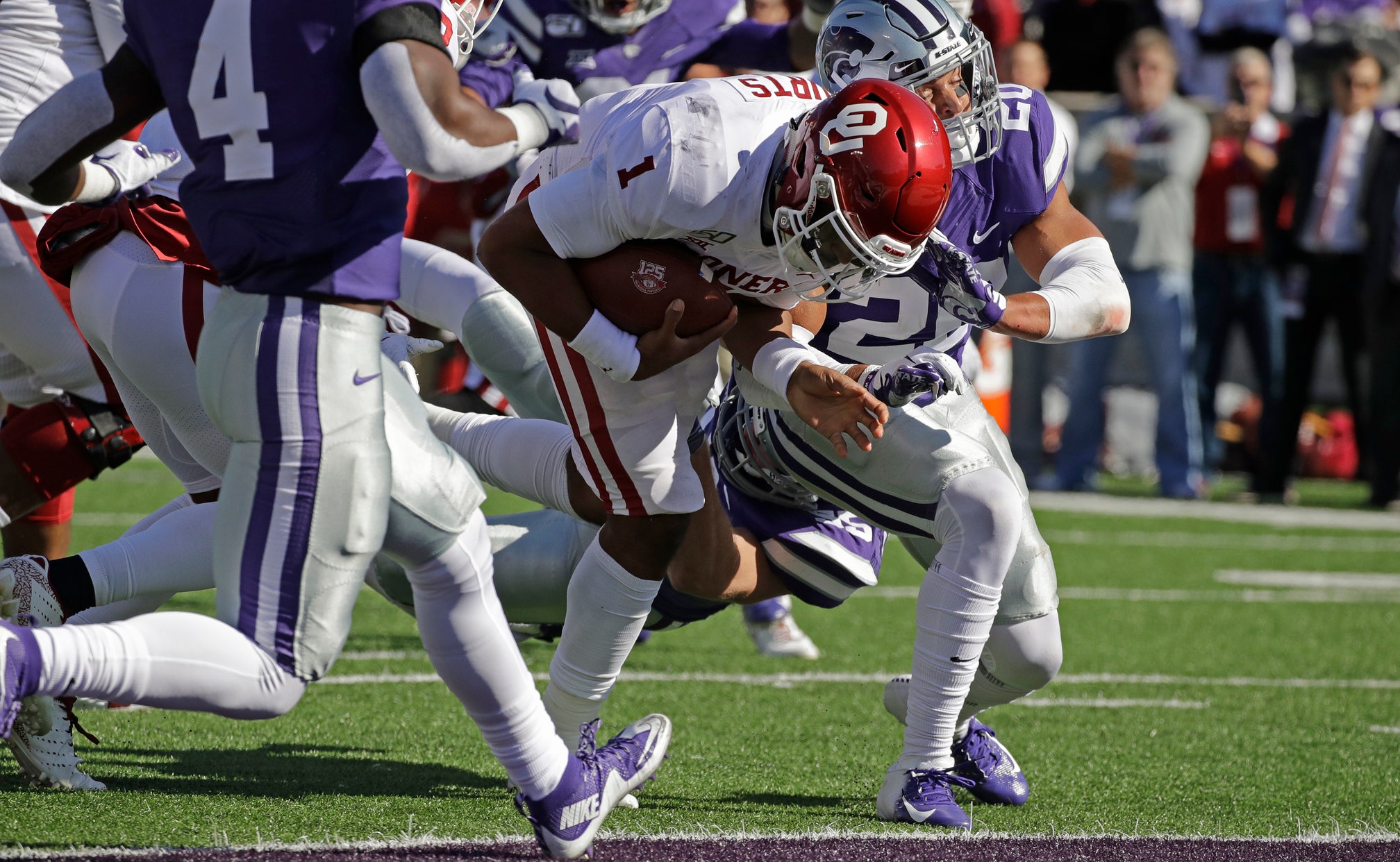 Oklahoma likely will need to win out to keep its College Football Playoff hopes alive. The Sooners also need a victory to improve their chances of winning a fifth consecutive Big 12 title. Iowa State has hopes of reaching the conference championship game for the first time. Beating Oklahoma and muddying the race behind Big 12 leader Baylor would certainly increase the Cyclones' chances of getting there.

Oklahoma: QB Jalen Hurts. His Heisman campaign took a slight hit with the loss to Kansas State, but the senior still leads the nation in passer efficiency and ranks second in total offense and third in yards per carry.