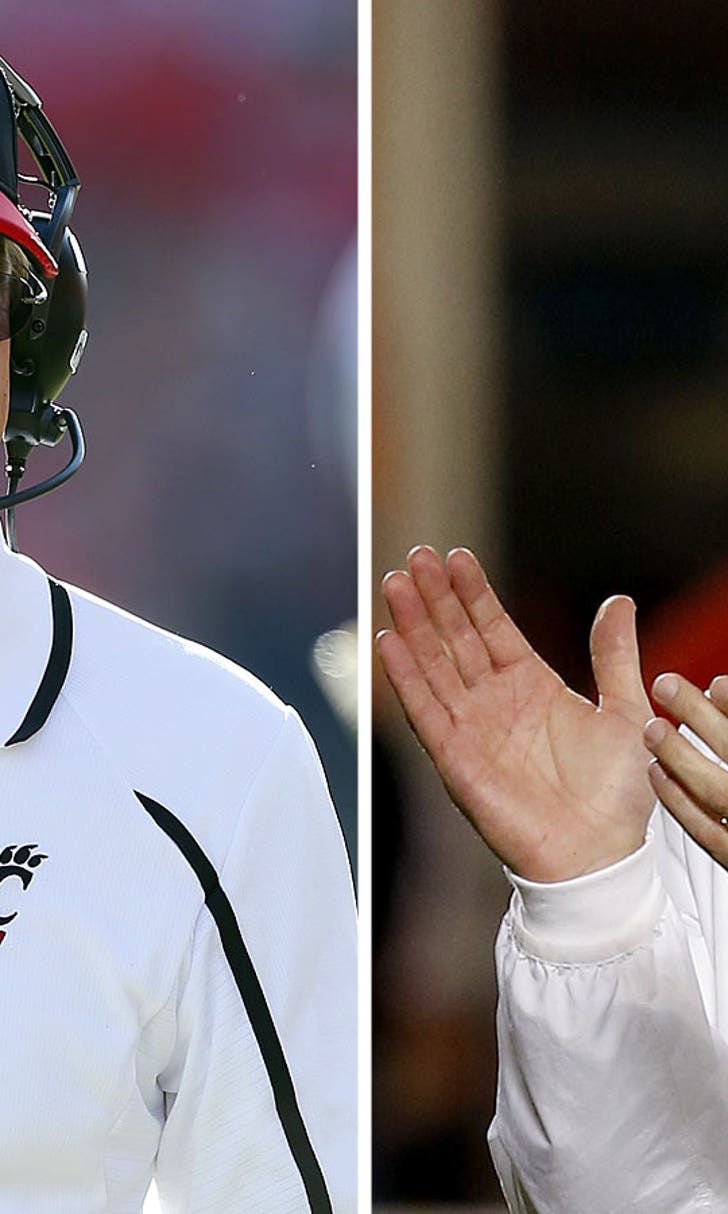 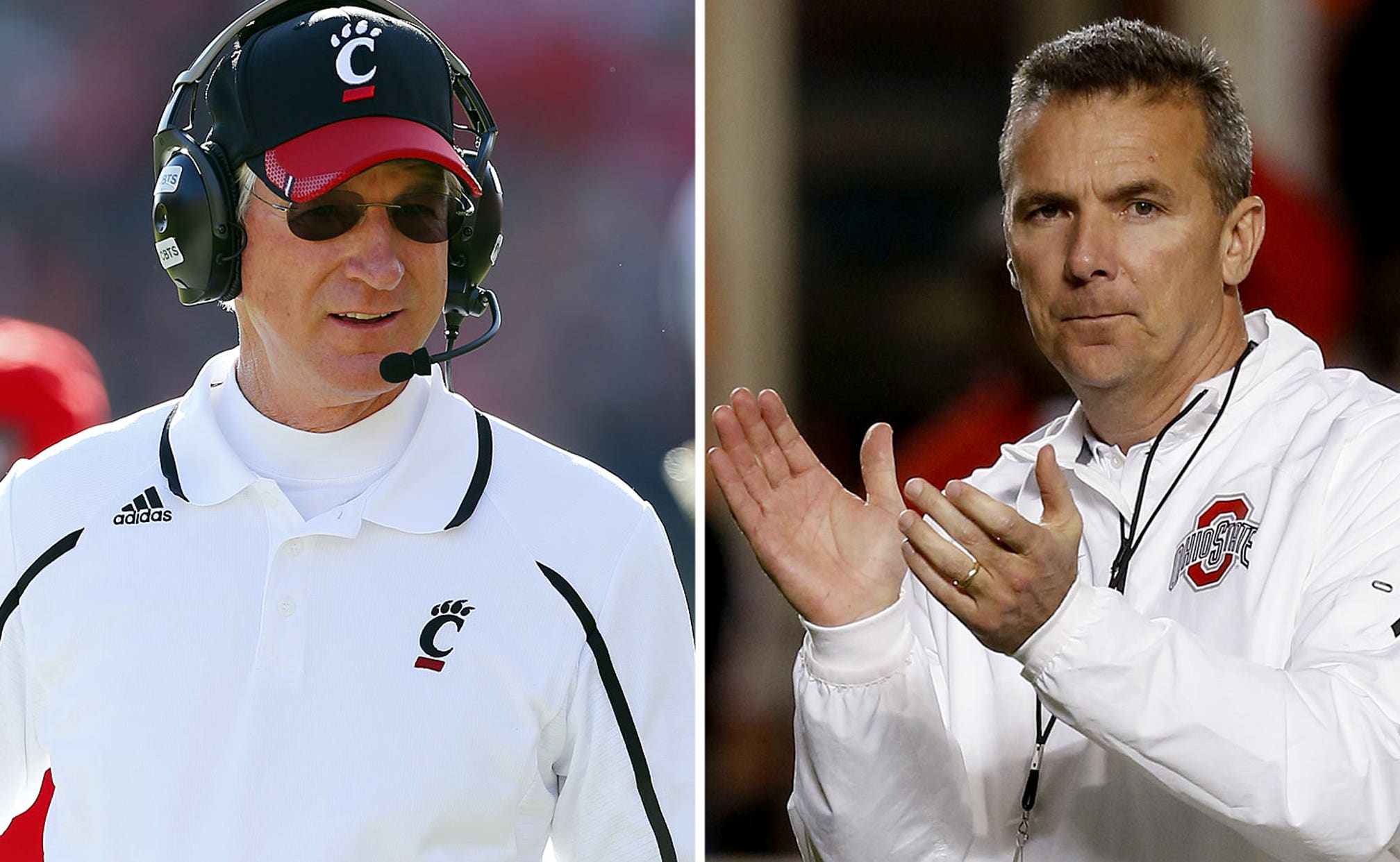 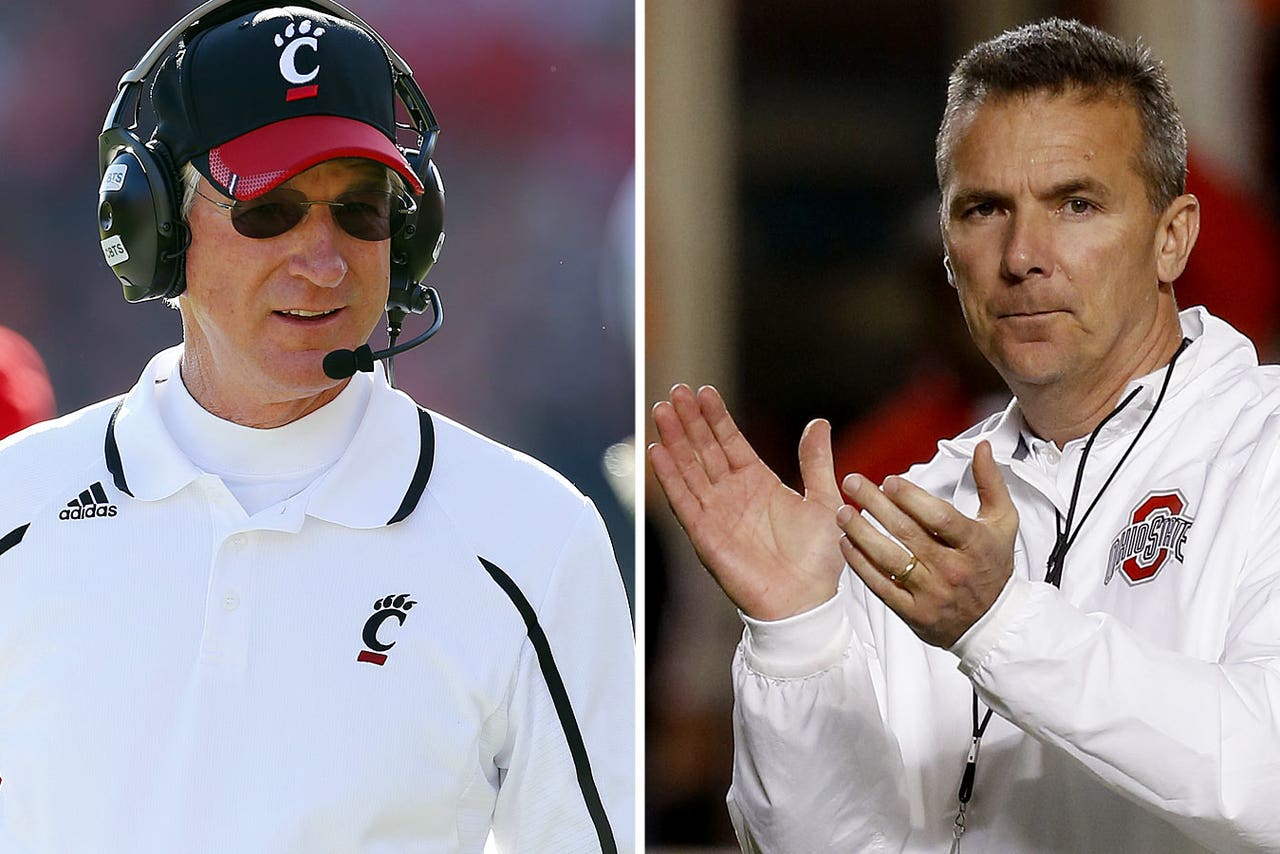 COLUMBUS, Ohio -- Only one coach who has gone up at least twice against Urban Meyer in his 13 years as a head coach has a perfect record against him.

That bit of trivia looms large since Tommy Tuberville, who was at Auburn when he shocked superior Meyer-led Florida teams in both 2006 and 2007, will be in charge of Cincinnati (2-0) on Saturday night when it plays against Meyer and No. 22 Ohio State.

The only other coach other than Tuberville's 2-0 mark with a winning record against Meyer is Nick Saban (2-1).

''He's got a reputation. He's a fine football coach and a friend,'' Meyer said. ''We went back and we've done our due diligence (on his teams). Whether it be a pooch kick or (whatever). So we're doing our homework.''

Here are some key factors in whether Tuberville adds to his dominance:

HE'S A GUNNER: UC's Gunner Kiel has lived up to his devil-may-care name by completing 50 of 76 passes for 689 yards and 10 TDs in his first two games as a collegiate QB.

Still, the nephew of former Notre Dame signal caller Blair Kiel has never faced anything like a roaring, partisan crowd of 105,000.

''Hopefully he doesn't recognize how many people are there,'' Tuberville said.

Ohio State (2-1), which had gaping pass-defense problems a year ago, is hoping to be in Kiel's face.

''He's pretty calm back there, so we have to bring a lot of chaos,'' safety Vonn Bell said. ''We have to get him mixed up in the head.''

ON THE OTHER SIDE: No one knows what precisely to make of Ohio State's attack. It was just OK in the opening-game win against Navy, looked lost in the defeat to Virginia Tech and scored at will against hapless Kent State.

J.T. Barrett, the freshman who took over when Braxton Miller was lost for the season after shoulder surgery, will face a huge challenge.

''That first loss, it was a lesson we took and we learned from,'' WR Michael Thomas said. ''Now every game we have something to prove just because of that.''

''Everything is fixable,'' said DE Silverberry Mouhon. ''We're going to go out there and get all the little nicks and nacks out (before we) go to Ohio State.''

FAMILY TIES: Meyer and his wife Shelley are Cincinnati grads, as were his father and grandfather. Meyer's sisters GiGi and Erika are also UC grads; GiGi is vice provost for undergraduate affairs there and Erika once upon a time was the homecoming queen.

''(I have a) very strong emotional attachment'' to Cincinnati, said Meyer, who is 1-0 against his alma mater, leading Florida to a 50-24 win over the Bearcats in the 2010 Sugar Bowl.

Both teams also have lots of assistant coaches and players with close connections to the other side.

CENTER OF (THE STATE) ATTENTION: While the Buckeyes bask in the national limelight, UC is largely ignored. Ohio State, despite a loss, is ranked. The Bearcats are unbeaten and still mustered 185 fewer points in the latest Associated Press poll.

''I feel like they get all the publicity, and we're just grinding away,'' said Cincinnati WR Shaq Washington.

The Buckeyes and their fans barely notice the Bearcats, it seems. H-back Jalin Marshall underscored that when asked if the game means a lot to the Bearcats.

''I'm sure it does -- always being looked down upon by us, being in the same state, not the best team in the state,'' he said. ''I'm sure they're going to give us all they've got.''

LAST TUNEUP: Both teams jump into conference play next week. The Bearcats entertain Memphis in the American Athletic Conference opener, while the Buckeyes travel to oppose Maryland in its first Big Ten game.