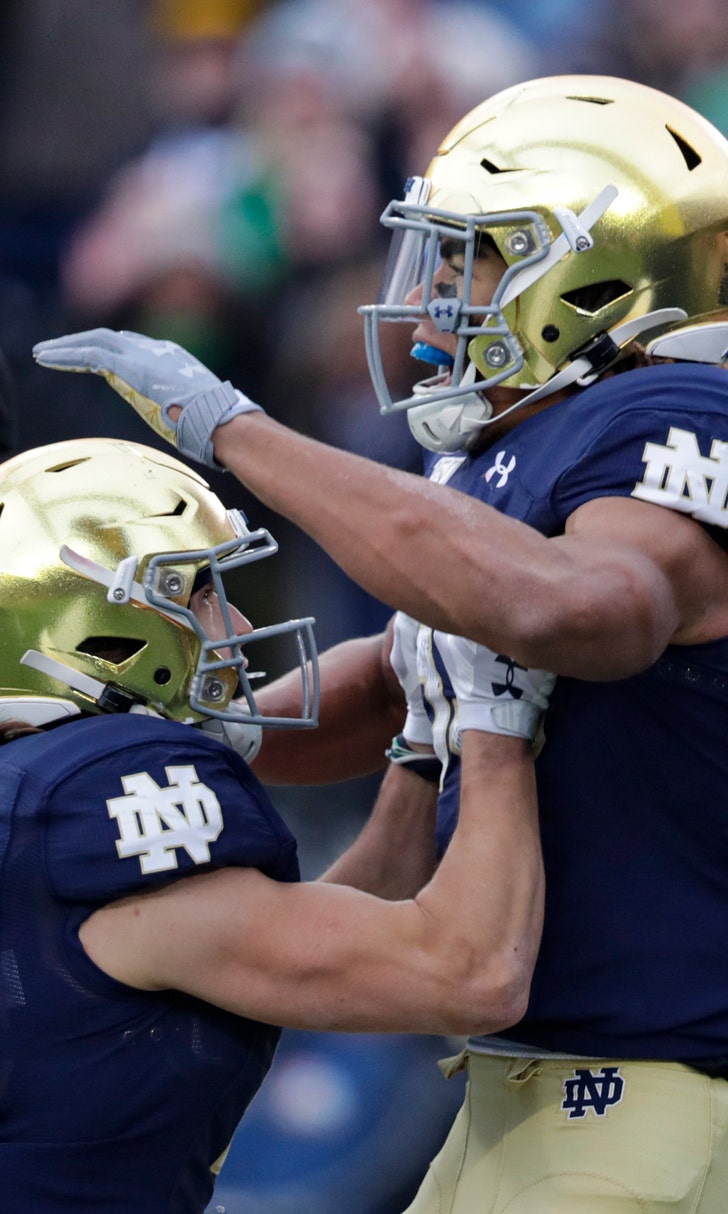 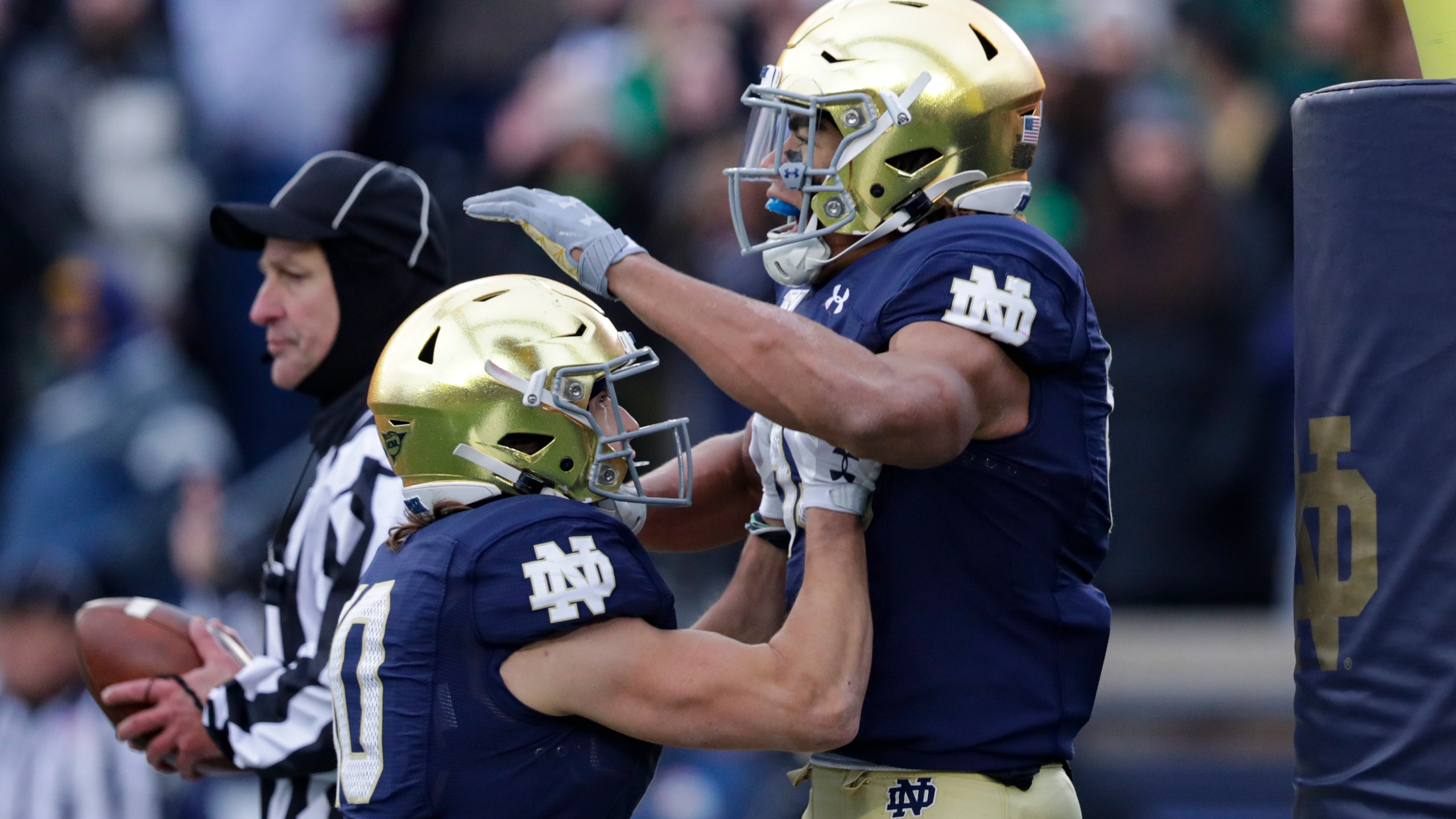 The Fighting Irish seek their third straight 10-win season and will try to keep their slim hopes of getting into a New Year's Six bowl alive. The Cardinal are playing out the string after getting eliminated from bowl consideration for the first time since 2008 with last week's loss to California.

Stanford QB Davis Mills vs. Notre Dame’s pass D. Mills has thrown for 787 yards the past two games but faces an Irish secondary that has been extremely stingy of late. Notre Dame has held its last five opponents to under 140 yards passing and has allowed only 43% of passes to be completed.

Notre Dame: WR Chase Claypool. Claypool has TD catches in three straight games and has 27 catches for 392 yards and six scores over the past four weeks. He tied a school-record with four TD catches against Navy two weeks ago.

Stanford: RB Cameron Scarlett. Scarlett has rushed for 787 yards and six TDs in his final season at Stanford. He ranks 20th in career yards rushing with 1,633 and 10th with 23 TD runs.

Stanford has won five straight at home against Notre Dame. ... The Irish have held the opposition scoreless in the first quarter six times this season and have given up just 34 points overall in the opening quarter. ... Notre Dame QB Ian Book's five career games with at least four TD passes are second in school history to Brady Quinn's seven. ... The Irish have won three straight games by at least 30 points for the first time since 1989. ... Stanford has 98 wins this decade after winning just 47 in the previous 10 years. ... The Cardinal have won 22 straight nonconference home games since losing to Notre Dame in 2007, including all 17 under coach David Shaw. ... Stanford had nine tackles for loss last week against Cal and at least in 124 straight games.

'Michigan State was a whole new world'
In our series of Black History Month Stories, RJ Young looks at how Michigan State championed integration and changed college football.
7 hours ago

Texas Justice
Earl Campbell is arguably the greatest Longhorn ever. He might not have gotten there without one judge's courage, RJ Young writes.
2 days ago

Gus Johnson wins Jake Wade Award
FOX Sports announcer Gus Johnson is the winner of a prestigious award for "outstanding contributions" in the media to college sports.
3 days ago
those were the latest stories
Want to see more?
View All Stories
Fox Sports™ and © 2021 Fox Media LLC and Fox Sports Interactive Media, LLC. All rights reserved. Use of this website (including any and all parts and components) constitutes your acceptance of these Terms of Use and Updated Privacy Policy. Advertising Choices. Do Not Sell my Personal Info