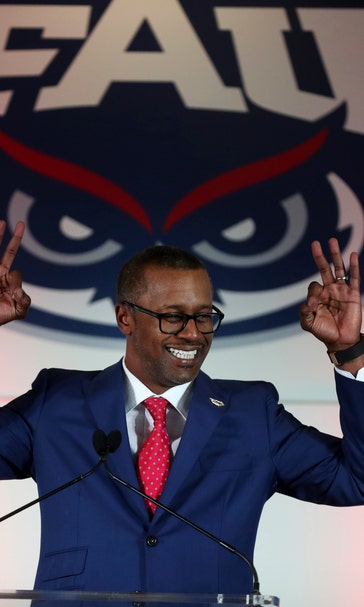 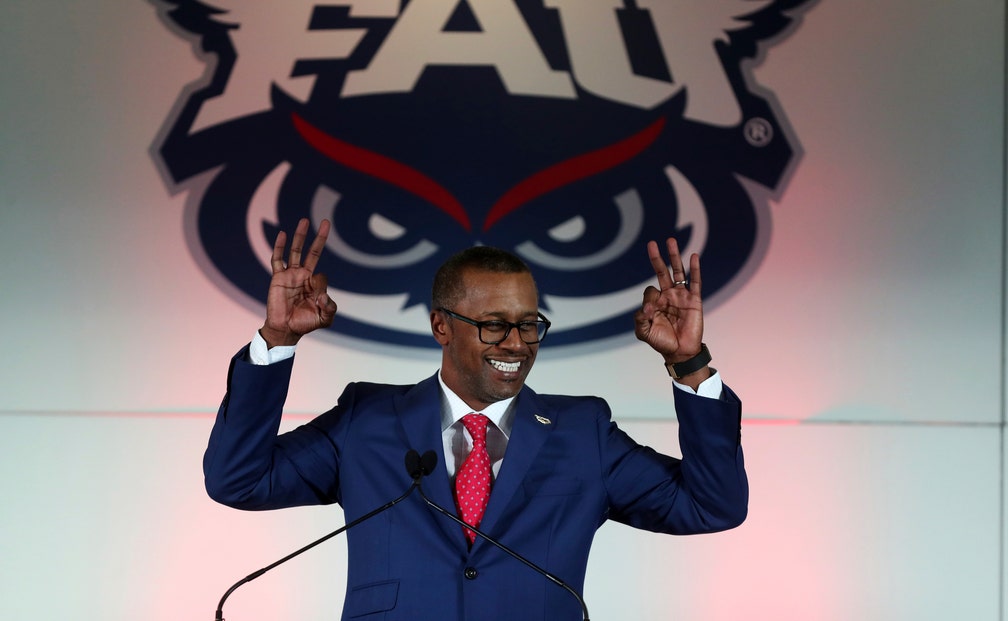 No Kiffin, no problem: FAU rolls past SMU 52-28 in Boca Bowl

The Owls were unfazed.

Chris Robison passed for 305 yards and two touchdowns and FAU scored two touchdowns in a 24-second span late in the first half to take control on the way to beating SMU 52-28 in the Boca Raton Bowl on Saturday night.

“This is just one of those feel-good things that the game of football brings out every now and then," FAU defensive coordinator and interim coach Glenn Spencer said. “It's all about relationships. I was telling those guys in there, no matter what happens tomorrow they've got a friend for life. It's just an emotional night."

Spencer held a game ball — a gift from the players — for the entirety of his postgame news conference. Spencer was on Kiffin's staff, and now that Kiffin has taken over at Ole Miss after three seasons with FAU he's among the coaches who probably aren't too sure about where they'll be next season.

“I got them to the practice field on time," he said.

Clearly, he did more than that.

James Charles ran for two touchdowns for FAU (11-3), which tied a school record for wins in a season and improved to 4-0 in bowl games. The first of Charles’ scores came with a minute left in the first half to break a 14-14 tie, Robison found Brandon Robinson for another touchdown 24 seconds later after an SMU interception and the Owls were off and running.

Rashad Smith ran a fumble back for a score in the third quarter to help FAU blow the game open. Robison completed 27 of 37 passes for FAU, which was playing a bowl game on its home field for the second time in three years.

“Adversity always comes during a season," Robison said. Änd although this might have been a big one in the eyes of a lot of people, we really didn't think it was anything. That's why we didn't let it affect us.”

Shane Buchele completed 27 for 47 passes for 303 yards for SMU (10-3). The Mustangs were seeking their first bowl win since 2012, this game coming a day after they gave coach Sonny Dykes — who has gone 15-11 in his first two seasons with the team, including the 2017 Frisco Bowl loss — a contract extension.

Xavier Jones had a pair of rushing touchdowns for SMU. James Proche, who entered as the NCAA's active career leader in receptions and receiving yards, had nine catches — giving him 301 for his career — for 86 yards and a score for the Mustangs.

Kiffin tweeted congratulations to his former team near the end of the game. “This was awesome!! 11 wins again so proud of you guys and the coaches!!" he wrote.

Now Spencer cedes control of the Owls to Willie Taggart, most recently the Florida State coach who was fired there midseason and hired at FAU earlier this month as Kiffin’s replacement. Taggart was at the game Saturday, evaluating.

“This is a football team that loves to compete and you can tell it’s a team that’s really close to one another," Taggart said.

Florida Atlantic: The Owls played without All-America tight end Harrison Bryant, who wasn’t expected to participate and had been ill in recent days anyway. They were also without three starters — top receivers Deangelo Antoine and Tavaris Harrison, along with middle linebacker Akileis Leroy, all suspended for academic reasons. Taggart said for the Owls to endure those losses, combined with a coaching change, “says a lot about this football team.”

SMU had the 26th-most points in the most recent AP Top 25 poll, so the Mustangs would have had a chance at being in the season’s final poll for the first time since 1984. FAU was 29th in the last regular-season poll, and now will see if 11 wins is enough to make its first trip to the Top 25.

Florida Atlantic: Scheduled to open 2020 on Sept. 3 at Minnesota. The Owls beat the Gophers in 2007.

SMU Mustangs
share story
those were the latest stories
Want to see more?
View All Stories
Fox Sports™ and © 2020 Fox Media LLC and Fox Sports Interactive Media, LLC. All rights reserved. Use of this website (including any and all parts and components) constitutes your acceptance of these Terms of Use and Updated Privacy Policy . Advertising Choices . Do Not Sell my Personal Info