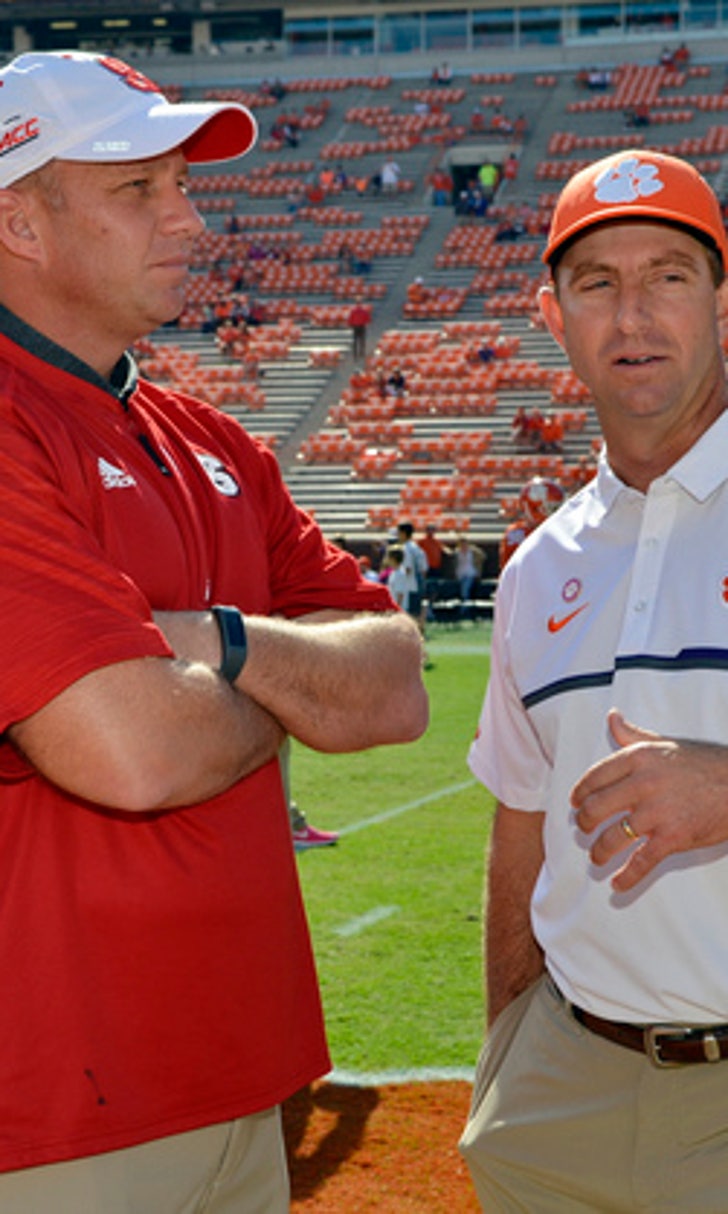 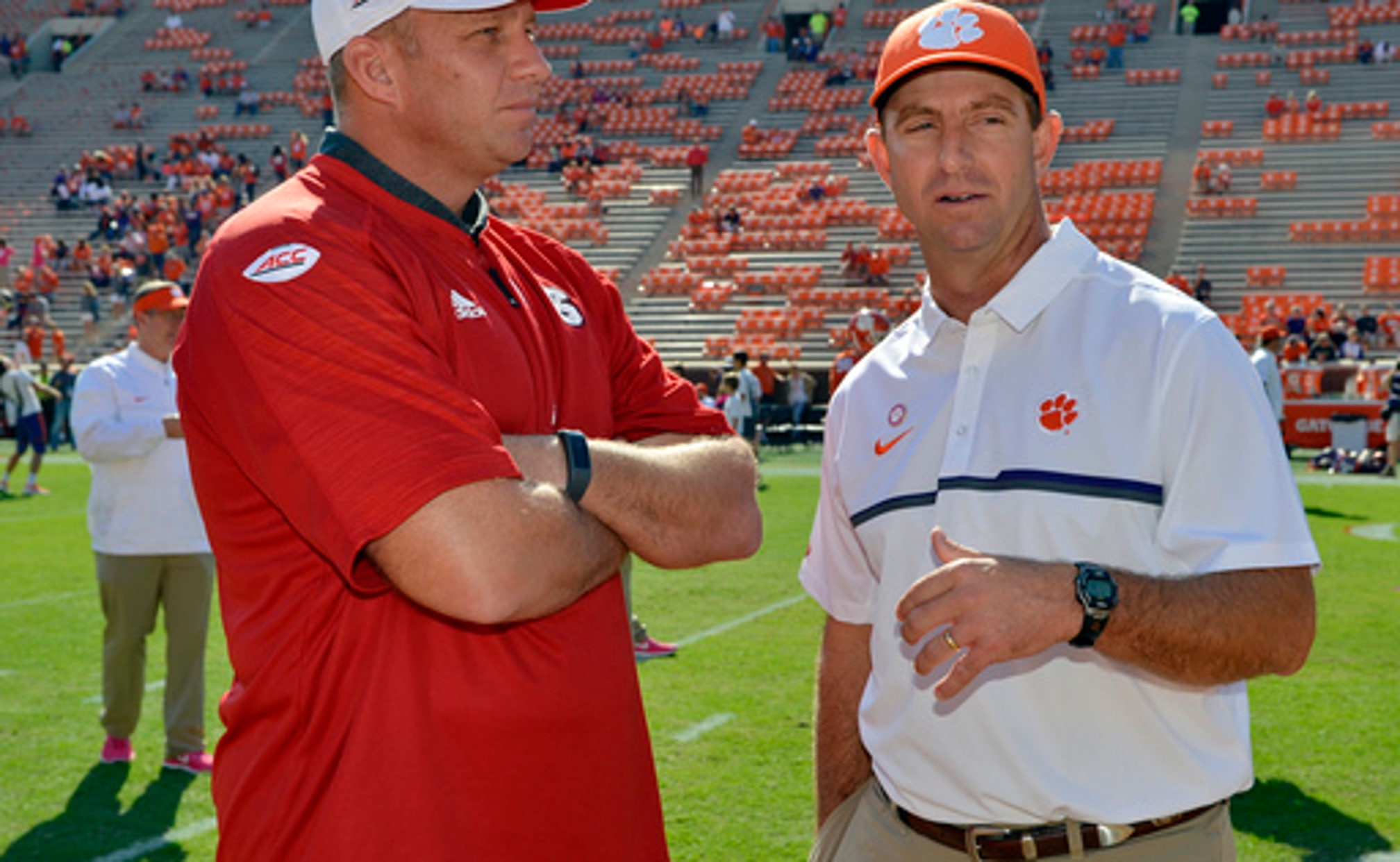 No. 6 Clemson visits No. 20 NC State in key division game

The sixth-ranked Tigers visit the 20th-ranked Wolfpack on Saturday in a game that could all but decide the Atlantic Coast Conference's Atlantic Division race. It'll come more than a year since the Wolfpack squandered a huge road win against the eventual national champions by missing a 33-yard field goal at the end of regulation, which several players said has stayed with them even as played other teams since.

''This game has definitely been marked on my calendar since last year and the last couple of seconds went out,'' senior running back Jaylen Samuels said.

The revenge factor comes into play, too, with several Wolfpack players specifically making a point of using that word this week. And N.C. State is coming off a 35-14 loss at Notre Dame that ended a six-game winning streak.

''As soon as you hit this week, you understand what's at stake,'' offensive lineman Tony Adams said. ''We understand what happened to us last year. So we definitely want to take advantage of anything we can this week to definitely have that slight edge and get revenge on these guys.''

Clemson is aware of that factor.

''After last year when we played them,'' Tigers defensive end Austin Bryant said, ''they feel like they should've won that game.''

While the Tigers are chasing a return to the ACC title game, they also are driving to make the College Football Playoff for a third straight season. They're can solidify their standing by winning a third straight trip to N.C. State's Carter-Finley Stadium, though a loss would knock them out of the race.

''It's hard because we're basically all we've got in that hostile environment with everybody against us,'' Clemson quarterback Kelly Bryant said. ''So we're going to have to bring our own energy on the sidelines and also on the field as well when we may feel we've got our backs against the wall and everybody's against us.''

Some other things to know about Saturday's Clemson-N.C. State game:

WOLFPACK INJURIES: N.C. State had several key players get banged up in the Notre Dame loss, most notably top runner Nyheim Hines (rolled ankle) and defensive end Darian Roseboro (right foot). Coach Dave Doeren described the injuries as more of a day-to-day issue and didn't sound too concerned after Thursday's practice. ''It's just a matter of how they feel during the game,'' Doeren said. ''We'll be ready if they can't go.''

AFTERNOON KICK: One of the happiest people over Clemson's 3:30 p.m. start time was coach Dabo Swinney. The Tigers had played their last 13 games away from home at night. So when he learned at about 1 a.m. Sunday about the afternoon kickoff time against the Wolfpack, Swinney could not hide his excitement. ''Holy moly,'' he yelled out. ''The streak is over.'' Swinney said they were 12-1 in those 13 away contests, but this time: ''At least we'll get home around midnight, I guess.''

TURNOVERS: N.C. State is second in the ACC by gaining five takeaways and losing one fumble in four league games so far. Wolfpack quarterback Ryan Finley has avoided many mistakes by throwing for 12 touchdowns against one interception, though that was a pick-6 during the Notre Dame loss.

GROUND GAME: The Tigers rank second in the ACC in rushing offense (219.8 yards per game). That unit will face a rushing defense ranked third in the ACC by allowing 119.8 yards per game, though the Fighting Irish's ground-heavy attack tore through the Wolfpack for 318 yards rushing last weekend.

TIGERS' SUCCESS: Clemson has won five straight meetings and 12 of 13 since 2003, though the lone loss came with the Tigers visiting Raleigh ranked No. 7 and leaving with a 37-13 loss in 2011.