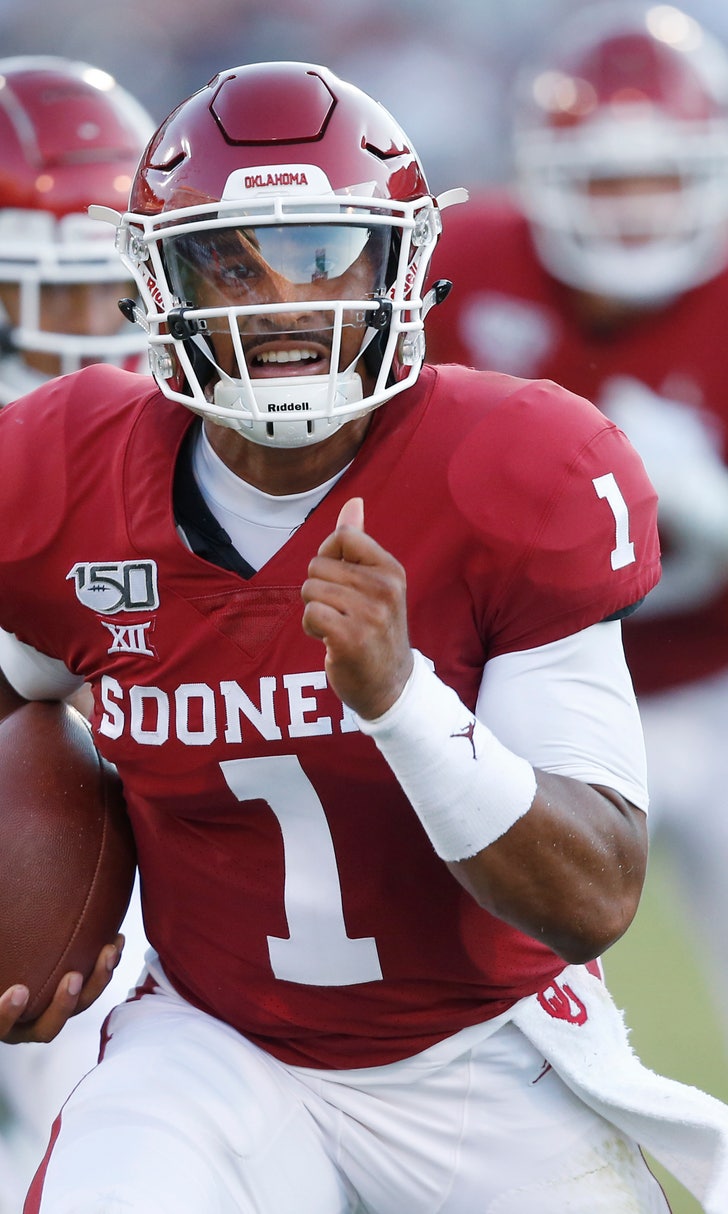 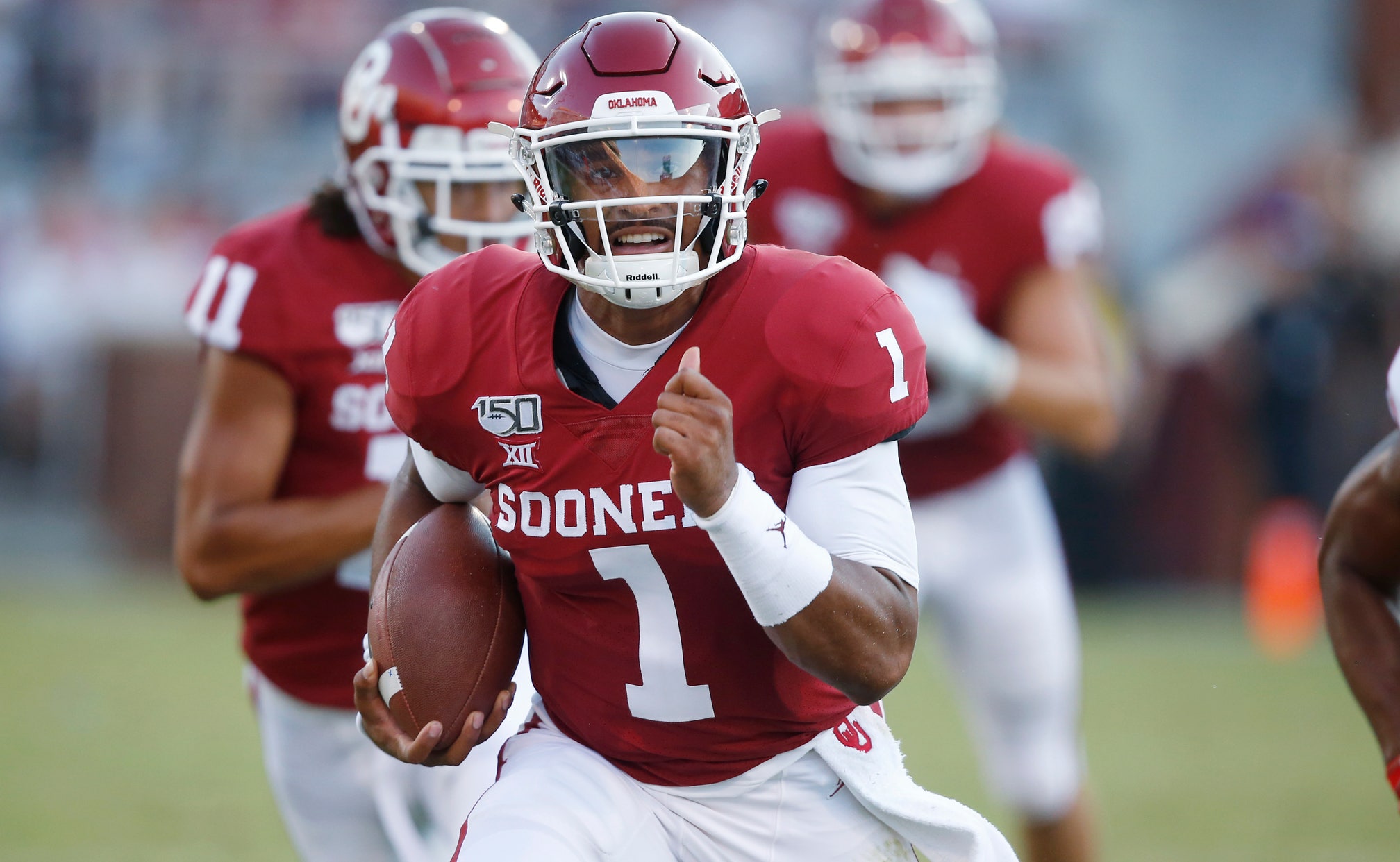 No. 5 Oklahoma has 20-game road win streak going into UCLA

Oklahoma WR CeeDee Lamb vs. UCLA CB Elijah Gates. Lamb, a junior, has 20 touchdowns in his two-plus seasons with the Sooners, including this year. He is averaging 23.8 yards per catch this season and had six receptions for 144 yards last week against South Dakota. Oklahoma will go after Gates, who struggled in last week's loss against San Diego State. The sophomore got called twice for pass interference, once for defensive holding and gave up a couple key receptions on third down.

Oklahoma: QB Jalen Hurts is the only player in the Football Bowl Subdivision with more than 500 passing yards (591) and 200 rushing yards (223). He also leads the nation with a 254.3 passer efficiency rating. Since the start of his sophomore year at Alabama (2017), he has thrown 31 touchdowns to only three interceptions.

UCLA: RB Joshua Kelley — who was ninth in rushing yards per game last season — has been limited due to a knee injury. The senior did not play in the opener against Cincinnati but had 15 carries for 53 yards last week against San Diego State. Kelley has had a rushing touchdown in nine straight games.

Oklahoma has won 32 straight against unranked teams. The last loss was against UCLA at the Rose Bowl in 2005. . UCLA has dropped nine straight against ranked teams with its last win coming at No. 18 Utah in 2015. . Bruins are 3-11 in two seasons under Chip Kelly, including 0-5 in nonconference games. ... QB Dorian Thompson-Robinson has committed five of UCLA's six turnovers. The sophomore has thrown three interceptions and lost two fumbles. ... LB Krys Barnes is 17th in FBS with 10.5 tackles per game and has double-digit tackles in four of last five games. ... Oklahoma LB Kenneth Murray has 23.0 tackles per loss since the start of 2017, including two this season.