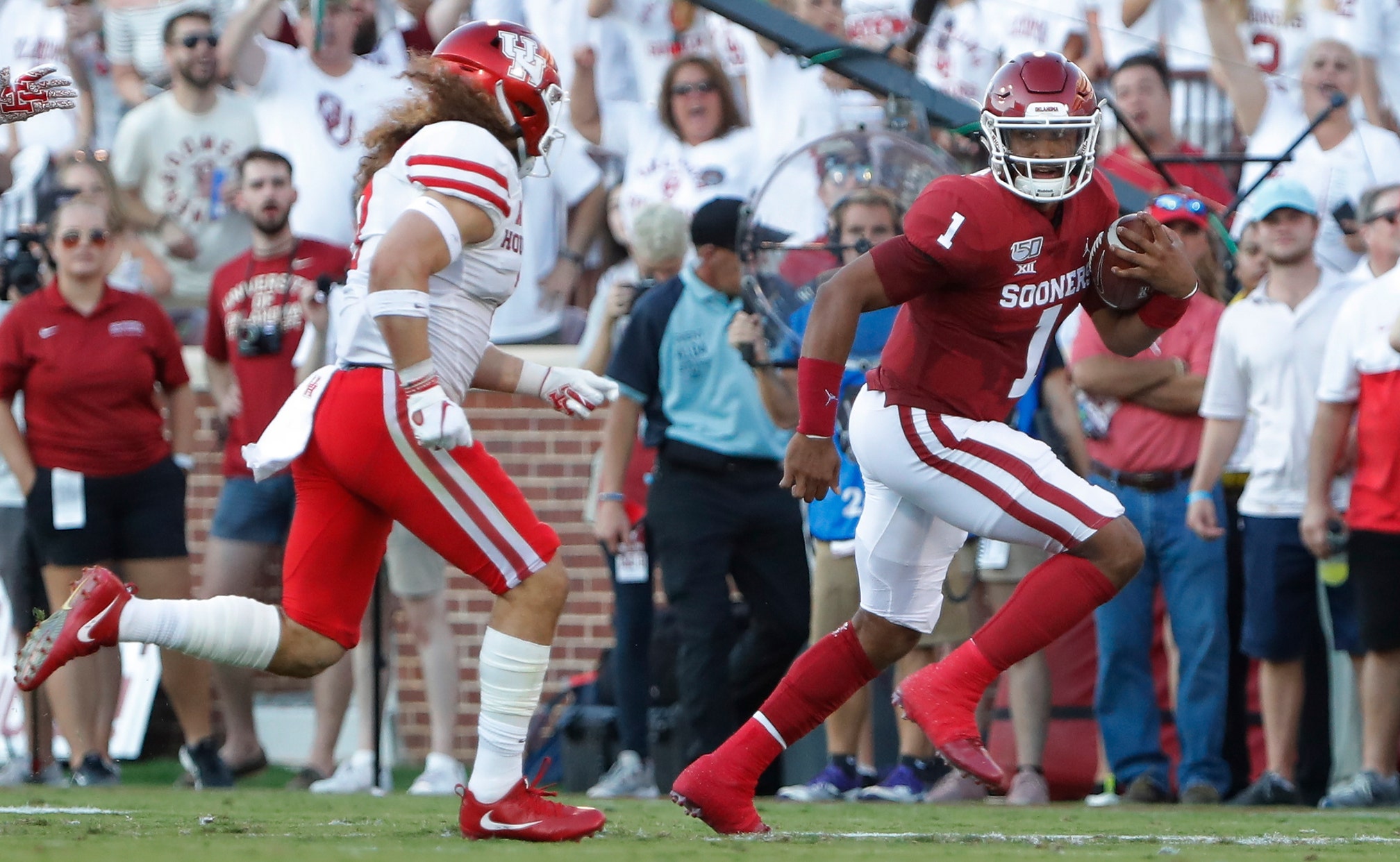 No. 4 Oklahoma looks to build off Hurts' dynamic debut

Oklahoma wants to build on Jalen Hurts' dynamic debut. In his first game since transferring from Alabama, the senior quarterback posted 508 total yards and six touchdowns to help the Sooners beat Houston. Oklahoma can't afford to look anything less than dominant against an FCS opponent.

Oklahoma offensive line vs. South Dakota defensive line: Oklahoma likely won't want to put Hurts in harm's way, and they probably don't want him to have close to the 16 carries he had last week, so running backs could get most of the action. That means traditional running plays, which requires strong line play.

Oklahoma: RB Trey Sermon and Kennedy Brooks. Sermon had 91 yards on 11 carries in the opener against Houston, and he could get more action this week. Brooks, Oklahoma's leading rusher last season, had only four carries last week. This could be the week he gets back to his previous form, running for 1,056 yards last season while averaging 8.9 yards per carry.