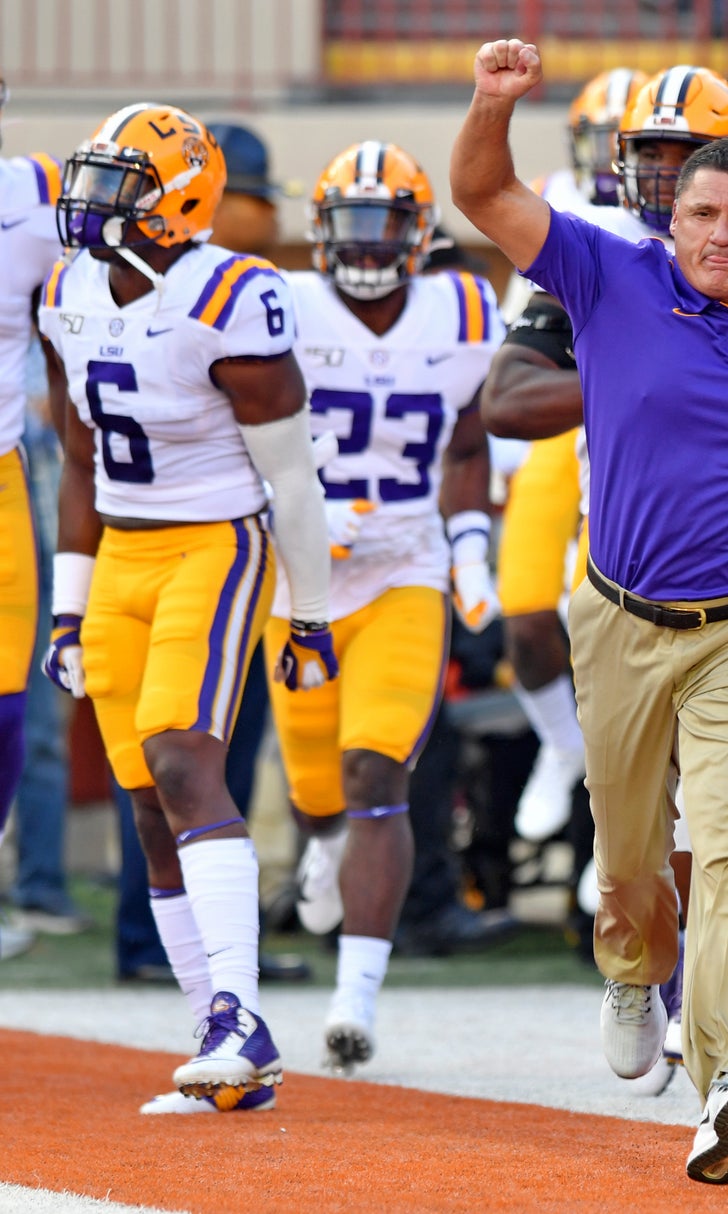 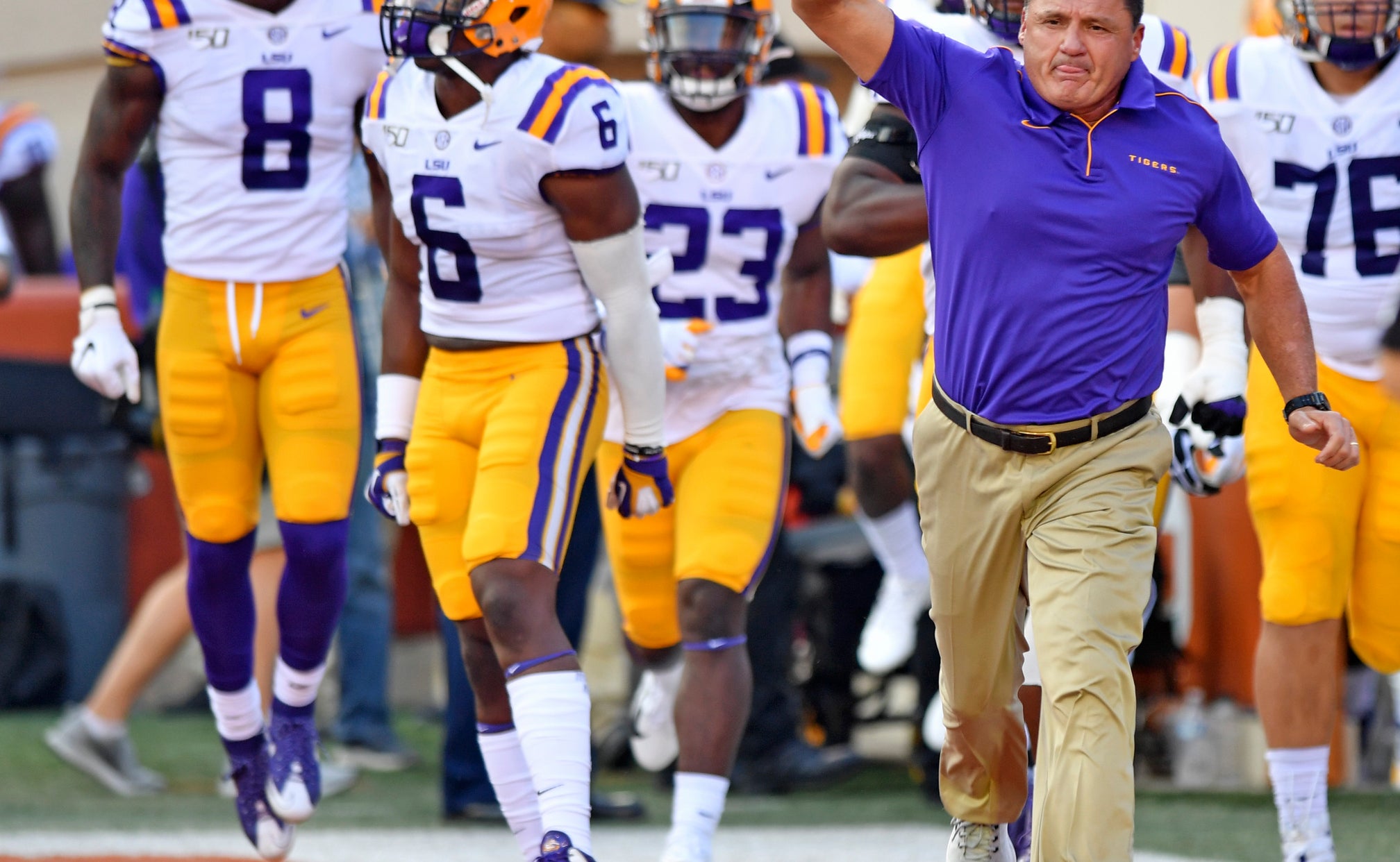 No. 4 LSU aims to stay sharp vs. struggling Northwestern St.

LSU likely will need to rest a number of starters after a physical victory at Texas a week earlier, but will need to win comfortably to keep from slipping in the poll. Northwestern State of the FCS needs to stay healthy and rebuild confidence after a 33-7 loss to Division II Midwestern State.

Northwestern State's defensive front will have to improve considerably against LSU's offensive line to give the Demons a chance to be competitive against the Tigers' up-tempo, spread offense. The Demon defense has allowed an average of 367 yards and has totaled three sacks through two games. LSU is averaging 410.5 yards passing and 112 yards rushing per game.

Northwestern State: QB Shelton Eppler leads the FCS with 35.5 completions per game and has averaged 309 yards of offense, both running and throwing, per game.

LSU: QB Joe Burrow is beginning to draw some Heisman hype after completing 54 of 66 passes for 749 yards and nine TDs through his first two games this season.

LSU coach Ed Orgeron and defensive line coach Bill Johnson both played for Northwestern State. ... The Demons have lost twice to an Orgeron-coached team, both times when the current LSU coach was in charge at Mississippi. ... Northwestern State has allowed 37.5 points per game, starting with a 42-20 loss to UT Martin. ... Northwestern State and LSU last met in 2011, when the Tigers won 49-3 en route to an unbeaten regular season and a berth in the BCS national championship game against Alabama. ... LSU's top three WRs — Justin Jefferson, Ja'Marr Chase and Terrace Marshall Jr. — have combined for 34 receptions for 572 yards and 9 TDs this season. Jefferson leads the SEC in yards per game with 125. ... LSU freshman K Cade York has made the first five field goals of his college career, all from 30 or more yards, including two from 40-plus yards.

Lurking Or Overlooked?
BYU is 9-0, but they're only 14th in the CFP rankings. And coach Kalani Sitake had thoughts on Breaking The Huddle.
12 mins ago

Tough To Go Against The Tide
Top-ranked Alabama has looked unstoppable. Can rival Auburn find any way to stop the Tide in Saturday's Iron Bowl?
3 hours ago

Happy Thanksgiving To The People
Before picking which sports stars should join the Thanksgiving dinner table, Charlotte Wilder thanks you, the sports fan.
4 hours ago

Northwestern Makes A Statement
Saturday's afternoon slate provided three big games featuring four of the best teams in the country. Here are the takeaways.
4 days ago
those were the latest stories
Want to see more?
View All Stories
Fox Sports™ and © 2020 Fox Media LLC and Fox Sports Interactive Media, LLC. All rights reserved. Use of this website (including any and all parts and components) constitutes your acceptance of these Terms of Use and Updated Privacy Policy. Advertising Choices. Do Not Sell my Personal Info