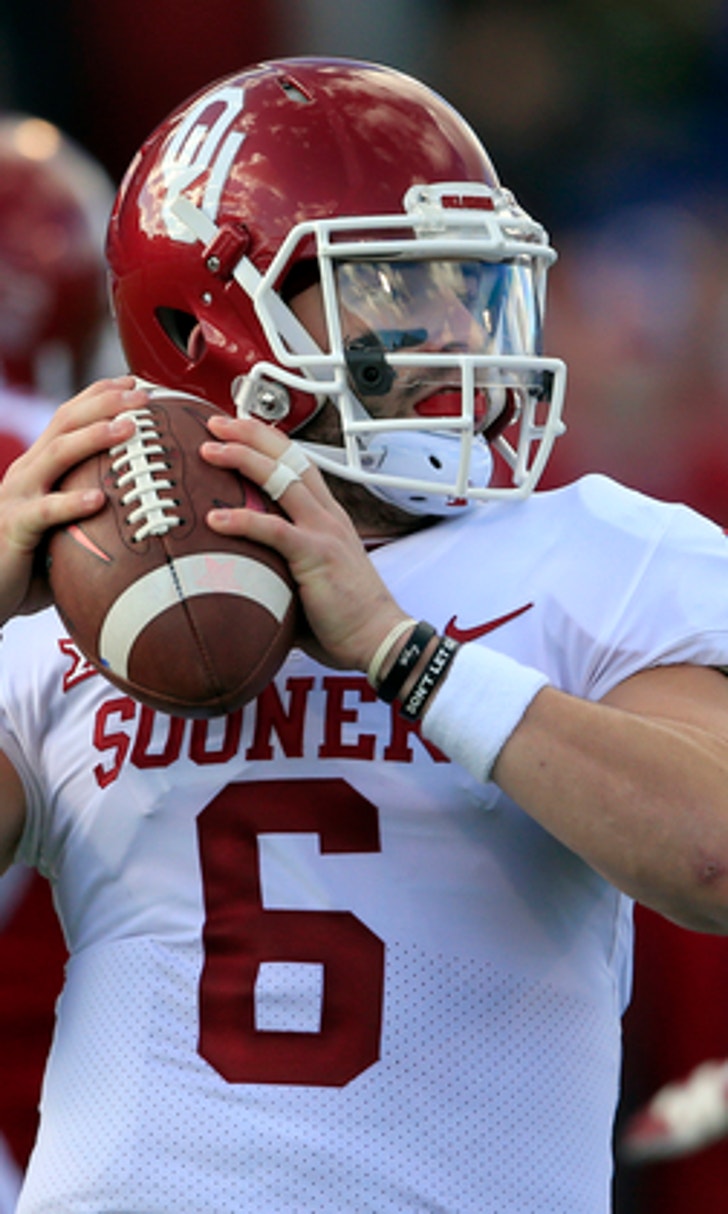 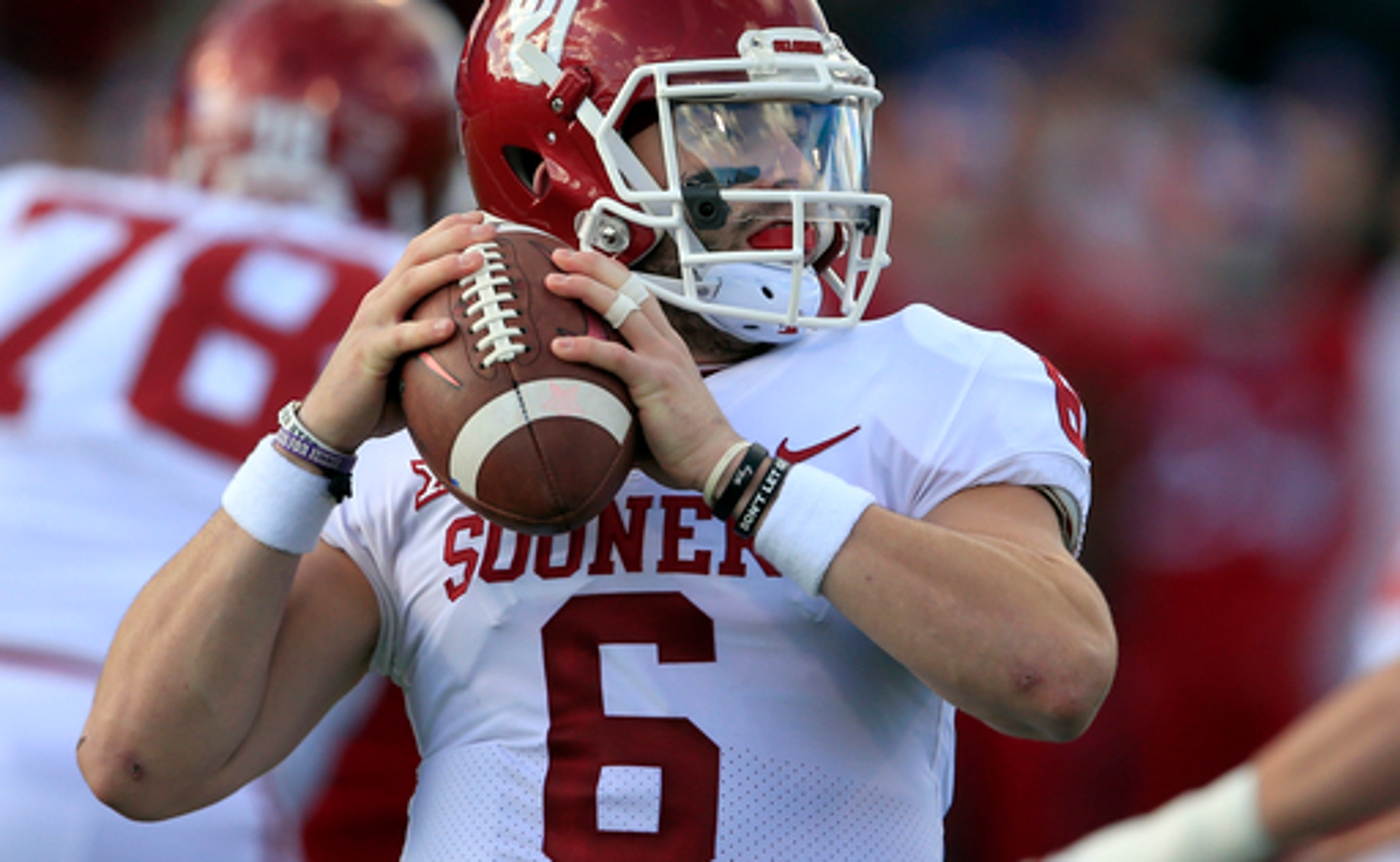 No. 3 Oklahoma in Big 12 title game, has to win for playoff

Some things to watch on the final weekend of the regular season in the Big 12 Conference, with two games the day after Thanksgiving and three more on Saturday:

West Virginia (7-4, 5-3) at No. 3 Oklahoma (10-1, 7-1, No. 4 CFP). While the Sooners have already clinched a spot in the Big 12 championship game, they need to win to stay in the top four of the College Football Playoff rankings . Since a 50-49 win over West Virginia in their first meeting as Big 12 rivals, the Sooners have increased their margin of victory while winning five in a row in the series, by 28 points last year.

In what was going to be a matchup of top-notch quarterbacks, neither Baker Mayfield (punishment) or Will Grier (broken finger) will start Saturday's game.

Grier got hurt diving toward the end-zone pylon in a loss to Texas and won't play. Mayfield won't start his final regular-season game with the Sooners because of his crotch-grabbing gesture and cursing at the opposing bench and fans during a 41-3 win after Kansas captains refused to shake his hand during the pregame coin toss. Mayfield also won't serve as a captain on senior day, but will play.

Baylor WR Denzel Mims vs. TCU secondary. Mims is second among Big 12 receivers with 52 total catches and 106 yards receiving per game in conference games. All five of Mims' 100-yard games this season have come against Big 12 opponents. The Horned Frogs have the league's top defense, and have given up a Big 12-low 220 yards passing per game.

Big 12 rushing leader Justice Hill from Oklahoma State has 117.2 yards rushing per game, well ahead of Iowa State's David Montgomery (98.2 yards per game). The last time the Big 12 had only one player average more than 100 yards over a full season was in 2013. The league had five in 2015, and three last year. ... Texas, bowl-eligible for the first time since 2014, will try to finish the regular season on a three-game winning streak for the first time since 2009. ... Texas Tech (5-6, 2-6) has to win its finale Friday night at Texas or will miss out on a bowl game. The Red Raiders haven't missed bowls in consecutive seasons since 1991-92.

Kansas has already gone winless in Big 12 play three times since the league went to a round-robin, nine-game schedule in 2011. The Jayhawks (1-10, 0-8) will have a hard time avoiding a fourth 0-for-conference play in that span. Their season finale is at No. 18 Oklahoma State (8-3, 5-3), which has won seven straight in the series, five of those games by at least 24 points.

Oklahoma State quarterback Mason Rudolph goes into his home finale as the national leader with 374 yards passing per game. He is 30-9 as the starter, leading to Cowboys to 10 wins in games they trailed after halftime. He is the school's career leader with 12,829 yards passing.