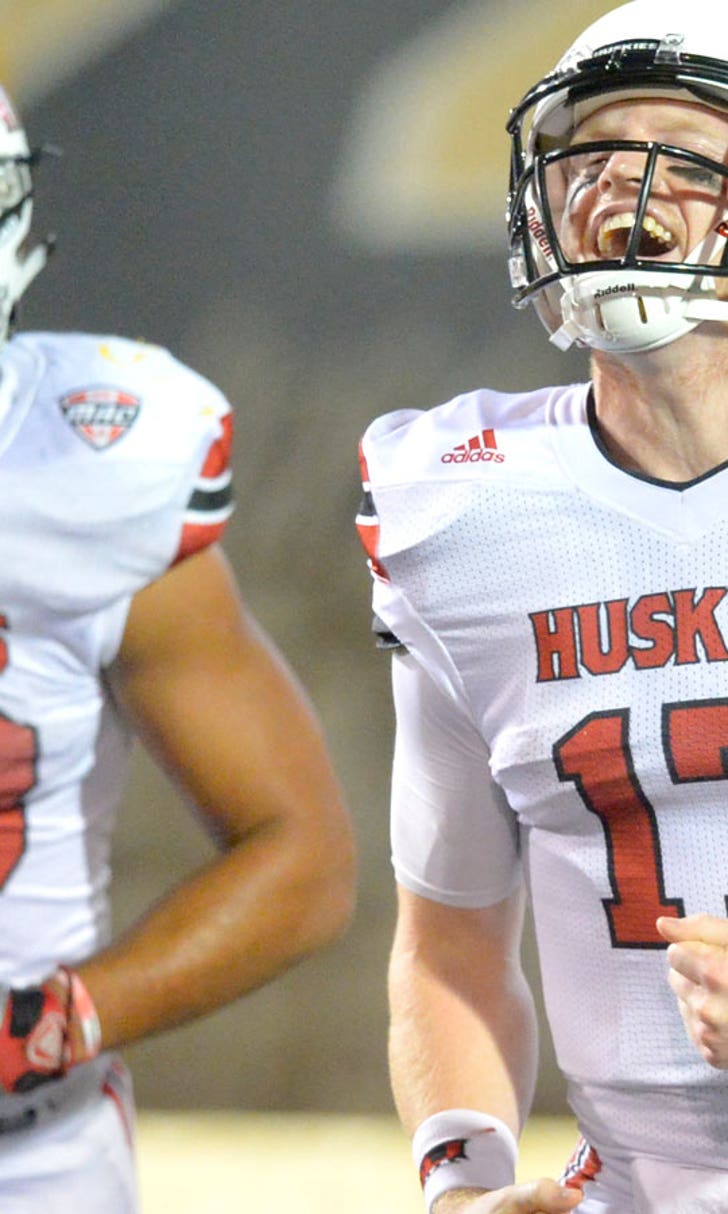 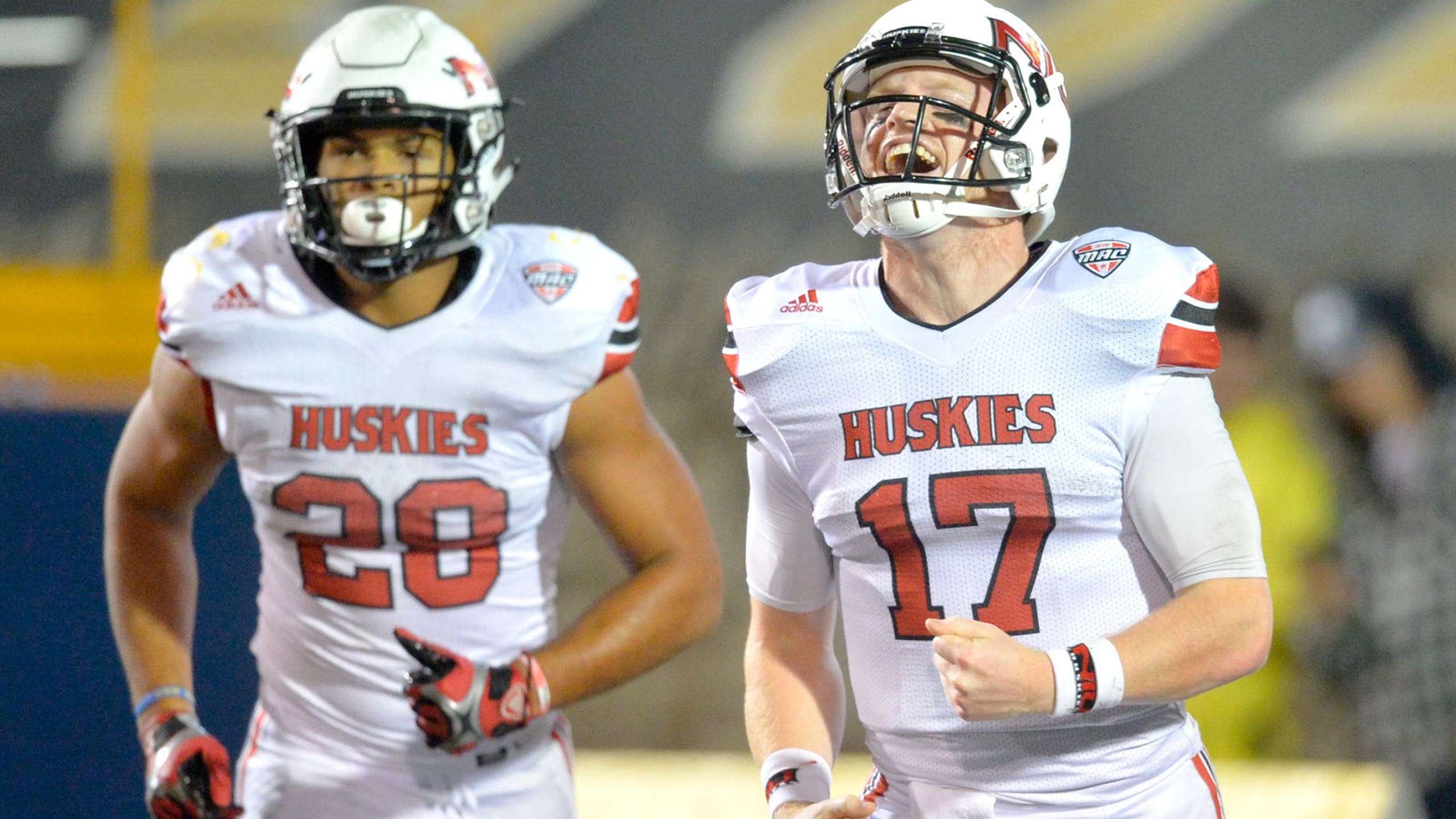 previous story
TCU, Baylor not among top 4 in first College Football Playoff rankings
next story
It's gut-check time for Missouri on Thursday 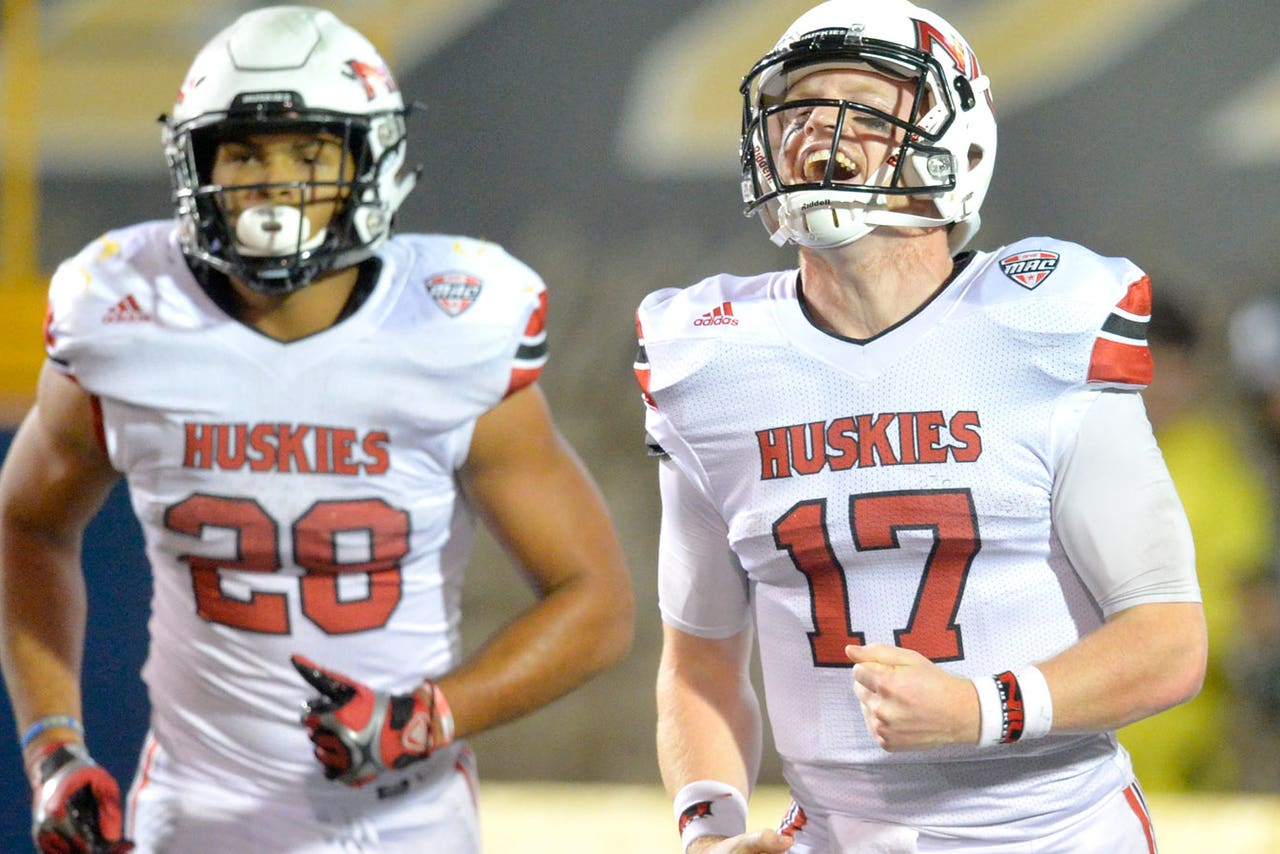 TOLEDO, Ohio — In one moment, Ryan Graham watched his best friend hobble off the field — likely for the last time this season — and found himself thrust into a starring role in a nationally televised game.

Everything turned out just fine.

The freshman quarterback led Northern Illinois on two fourth-quarter scoring drives, and the Huskies rallied to beat No. 24 Toledo 32-27 on Tuesday night.

Joel Bouagnon's 2-yard touchdown with 1:59 remaining lifted the Huskies (6-3, 4-1 Mid-American Conference) to their sixth consecutive victory against the Rockets (7-1, 4-1). Bouagnon rushed for 87 yards on 26 carries.

Graham entered midway through the second quarter after Hare suffered a leg injury. Coach Rod Carey said the junior likely will miss the remainder of the season.

"When we put (Graham) out there in the first half, we weren't going to let him do a whole lot. We were just going to kind of get his blood flowing," Carey said. "We got him in at halftime, went through everything with him and then just let him go. He had great poise tonight."

The Huskies closed to 27-25 when Graham found Kenny Golladay for a diving, one-handed, 7-yard touchdown reception with 9:27 left. Northern Illinois caught a big break on that scoring drive when Toledo's DeJuan Rogers was called for a personal foul on a field-goal attempt.

"We were undisciplined tonight. That's the best way to put it," Toledo coach Matt Campbell said. "We had multiple opportunities to put them away and other times when we had a chance to execute better when we should have. When you don't do that against a good team, that's what gets you beat."

The Tuesday night meeting was part of the MAC's 12th season of switching key games to mid-week dates in exchange for major national television coverage. Both teams dressed for the occasion, with Toledo wearing gold jerseys over gold pants for the first time and Northern Illinois donning new all-white road uniforms.

Northern Illinois is looking to represent the West Division in the Mid-American Championship Game for the sixth consecutive season.

For Toledo, its outside chance at a New Year's Day bowl game was dashed. The Rockets were ranked 24th in the first College Football Playoff rankings of the season released right before kickoff.

Toledo's Kareem Hunt rushed for 140 yards and two touchdowns. His 1-yard score with 4:23 left in the third quarter gave the Rockets a 24-16 lead.

But the Huskies rallied while playing without two players who provided much of their early offensive spark. One possession before Hare departed, wide receiver Tommylee Lewis was helped off the field and did not return.

Hare and Lewis connected five times for 125 yards in the first quarter, including a 67-yard touchdown and a 50-yard completion that set up the first of four Christian Hagan field goals.

Terry Swanson rushed for 133 yards on 16 carries, but the Rockets gained 87 of their 291 yards rushing in the second half.

"They came out with a little different run scheme tonight, so it took us a minute to adjust to that," Carey said. "But once we adjusted to it, I think we got our feet in the ground and put a stop to that and forced them back to the pass."

Toledo senior Phillip Ely was 15 of 33 for 136 yards, a touchdown and two interceptions — including a pick by Boomer Mays on the Rockets' final possession. Ely also was sacked twice — the first two sacks allowed by the Rockets this season.

"I thought both Terry and Kareem played well. I wasn't disappointed with either of those two," Campbell said. "Our game plan was to run the football offensively, but our passing game wasn't where we needed to be, whether it was dropped passes or protection issues."