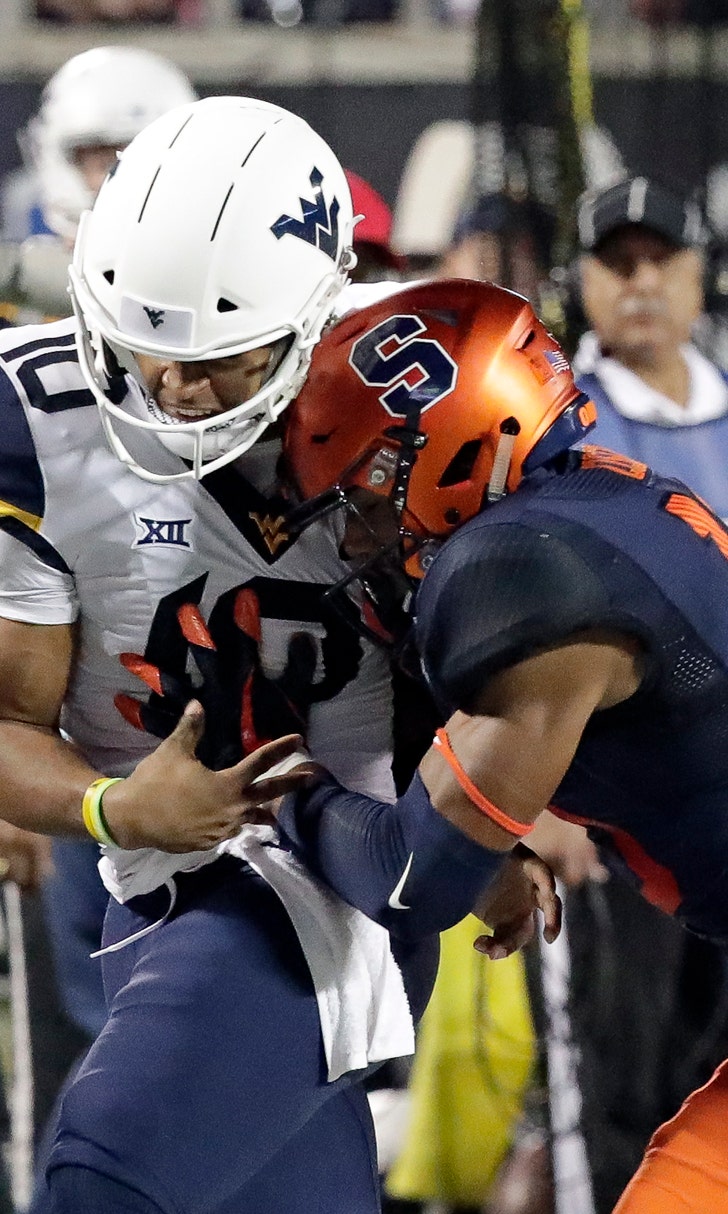 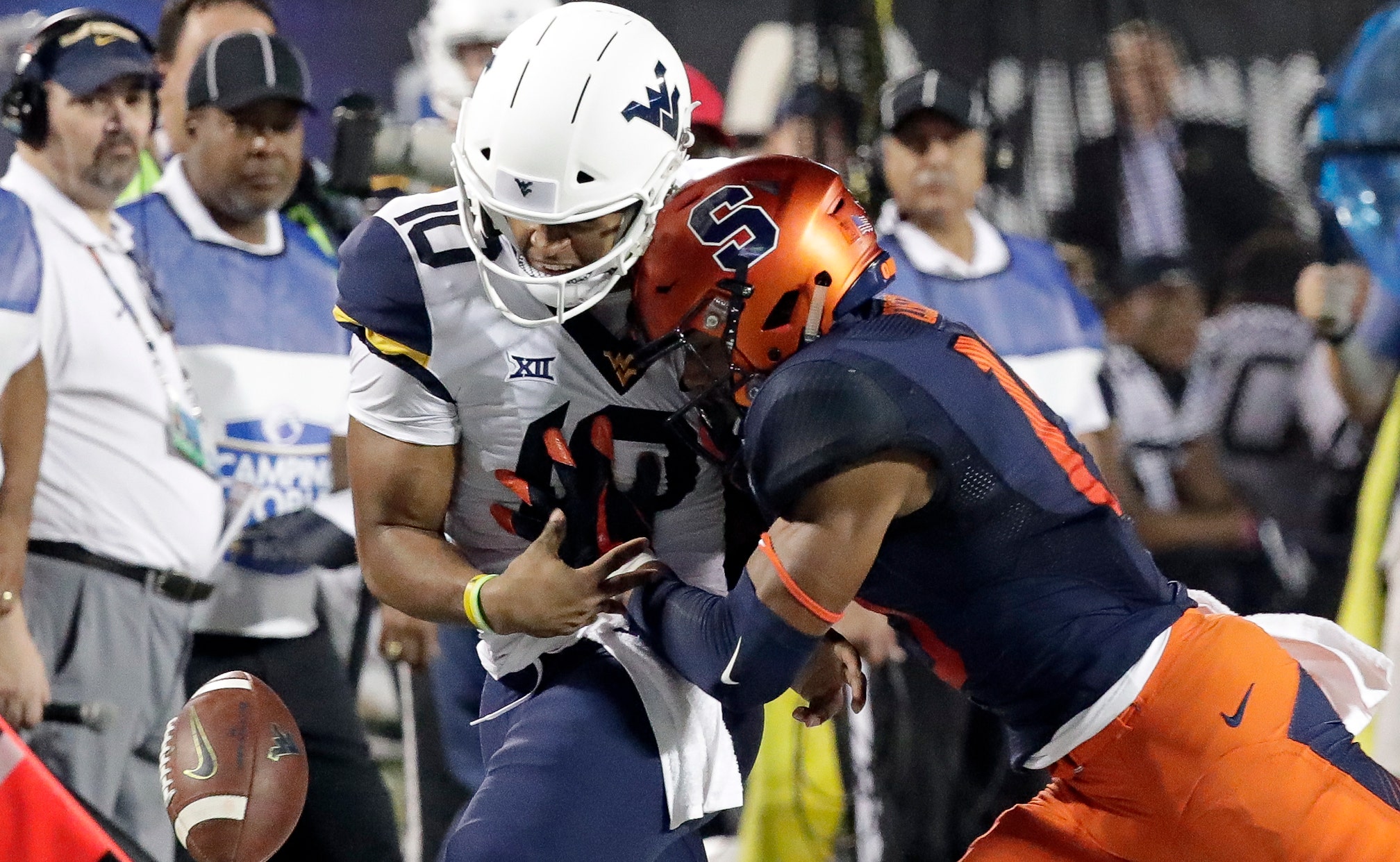 No. 22 Orange a tall test for Liberty in Freeze debut

The Flames will hostNo. 22 Syracuse on Saturday night at Williams Stadium. The Orange are the first team from a Power Five conference to play at Liberty and the first ranked program to make the trip to Lynchburg.

Freeze isn't sure whether he will be allowed to be on the sidelines for his debut, back surgery and an infection having sidelined him for a few weeks of practice. The school's IT department set him up with video monitors from numerous camera angles that enable him to watch practice from a hotel room near campus.

Whether Freeze is on the field or not, he knows the stakes are high.

"What I preach to our team and our coaches — great opportunity," he said. "Enjoy it. There's no stress. shouldn't be any stress with it. I mean look, they're a top 20 football team. This is our first full season in FBS if you will and so on paper, they have a better roster than we do but that doesn't always mean that the best roster wins."

The former coach at Mississippi knows how that goes. Before he was fired at Ole Miss just before preseason practice in 2017 when school officials found a "pattern of personal misconduct" that started with an investigation into a one-minute call to an escort service, Freeze's team beat Nick Saban and Alabama in back-to-back seasons.

"This is what we live for no matter what the team is, how big they are," quarterback Stephen Calvert said. "We've still got to approach it with the same mindset."

Syracuse plans on making that as difficult as possible. Calvert threw 18 interceptions last season, and Syracuse intercepted the ball 18 times and forced 31 turnovers, the most among Power Five teams. The Orange also return players that accounted for 34 sacks last season, the most among teams in the Football Bowl Subdivision.

"It's extremely important. I's something that we hang our hat on as a defense, being able to put pressure on the quarterback," defensive end Kendall Coleman, who had 10 sacks last year, said. "It's what we do up front and helping out the defense and what they do back deep."

The game will also mark the start of the Tommy DeVito era at quarterback for the Orange. The strong-armed redshirt sophomore performed well in several relief efforts last season and makes his first career start.

Some other things to watch for when Syracuse visits Liberty:

Freeze's back problem kept him away from practice for nearly two weeks and he was in a wheelchair when he attended his first weekly news conference on Monday. He made it clear he would much prefer to be on the sideline for the game, but was planning to take the advice of doctors if they instruct him to be in the coaches box.

The quarterback who goes by "Buckshot" threw 29 TD passes and only six interceptions two years ago, but had just 21 touchdowns and 18 interceptions last year. Freeze said teaching him to prepare better has made a difference and he only threw two picks in fall camp, but the Orange specialize in getting after the quarterback.

Freeze was out of coaching the last two years and Orange coach Dino Babers said that means Syracuse will have to make plenty of adjustments during the game once they see what Liberty is trying to do.

"We're playing a good football team that we don't know a lot about, and we're playing some fantastic coaches," Babers said. "We're trying to anticipate what they're going to do, but we won't really know until we get out there."

The Orange ended the second-longest poll drought among Power Five programs when they were ranked last October. Even early in the season, being ranked brings expectations and how they handle those will be important.

The matchup with the Orange seems like a no-win situation for them. In its first year as an independent at the FBS level, Liberty isn't supposed to be able to compete with a Top 25 program, even on its home field, but Flames athletic director Ian McCaw noted that Syracuse is just one of many ACC schools on the Flames' schedule.

"We've been really well received in terms of scheduling those ACC opponents," McCaw said, noting that the Flames also will play Virginia this year and have series ahead with Virginia Tech, Duke, Wake Forest and North Carolina.