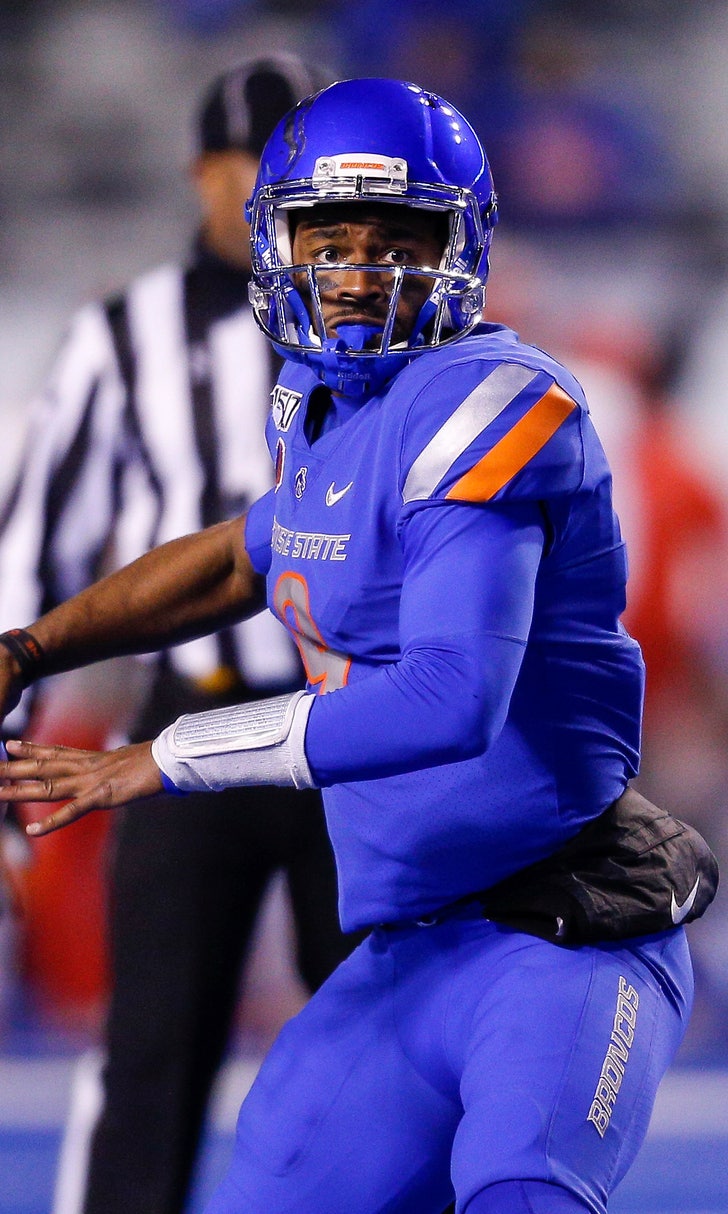 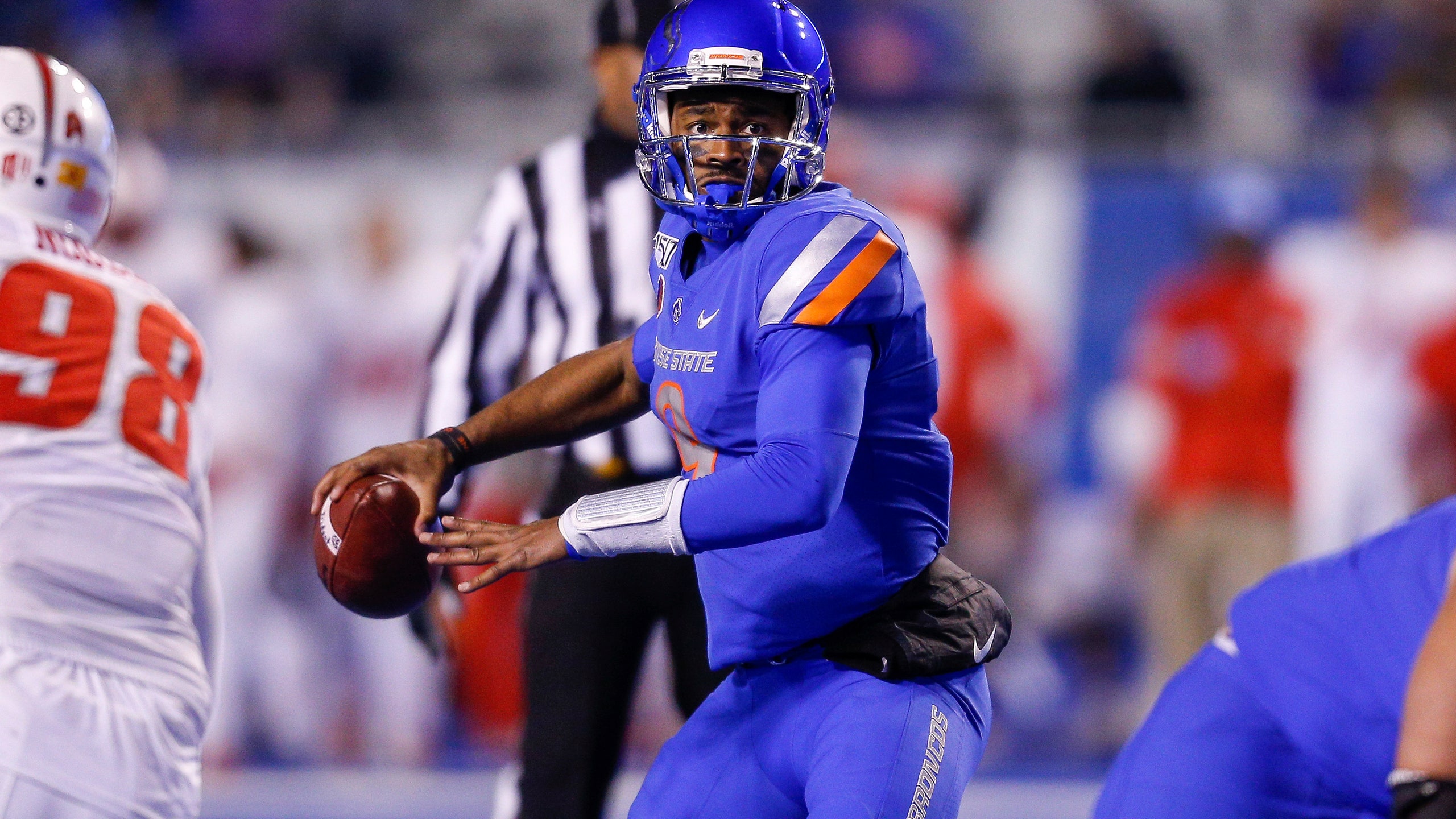 No. 20 Boise State dealing with injuries to top 2 QBs

LOGAN, Utah (AP) — Boise State is moving closer to yet another Mountain West Conference championship game appearance. This time, the 20th-ranked Broncos have to do it with uncertainty at quarterback.

Starter Hank Bachmeier and backup Chase Cord were sidelined with injuries in Boise State's 42-9 win over New Mexico and the status of both remains unclear heading into Saturday's critical game at Utah State. The Broncos could clinch a spot in the title game with a victory.

The Broncos (9-1, 6-0 Mountain West) may turn to third-stringer Jaylon Henderson to direct the offense for a second straight game. The redshirt senior made his first start against the Lobos last week and threw for 292 yards and three touchdowns.

Boise State coach Bryan Harsin credited Henderson for preparing himself for the moment when he got the call to start.

“He's been doing it all season long with the expectation that, at some point, he's going to play,” Harsin said. “That's how you have to think in that position. We have to control who plays. We decide who's going to go out there and get the majority of the reps. All he has to focus on is being the very best player he can be at that position for us.”

Another big game from Henderson can help fill the void left by Bachmeier in the offense. The freshman has missed three games with hip and shoulder injuries so far. When healthy, Bachmeier has thrown for 1,760 yards and nine touchdowns.

Utah State (6-4, 5-1) also faces a dilemma at quarterback. Jordan Love suffered an injury late in the Aggies' 26-21 victory over Wyoming and did not play in the fourth quarter. His status is uncertain against the Broncos.

“I really don't have anything on that yet,” Utah State coach Gary Andersen said. “There is nothing to really tell at this point, so we'll see."

Andersen believes Colombi is ready to make his first career start if necessary.

“It's not like he's just over there watching the birds fly around, the pigeons up on the press box. That's not what he's doing,” Andersen said. “He's ready.”

The Broncos are accomplishing a rare feat, winning games while rarely prevailing in the turnover battle.

It's a concerning trend going against a Utah State team that has 19 takeaways and leads the Mountain West with 10 fumble recoveries.

“We're not experimenting on that stat, I can tell you that right now,” Harsin said. "You like to be in the plus category at the end of the year and right now we're not where we need to be.”

Utah State’s Siaosi Mariner has put an injury-plagued junior season behind him with an outstanding senior campaign.

Mariner, a graduate transfer from Utah, posted back-to-back 100 yard receiving games for the first time in his career. He tallied a career-high 123 yards and a touchdown on four catches against Wyoming. A week earlier, Mariner finished with 103 yards and two touchdowns on a career-best 11 catches against Fresno State.

Mariner leads Utah State with 753 yards and seven touchdowns on 49 receptions. He totaled 785 receiving yards and four touchdowns on 52 catches over three seasons with Utah.

Boise State ranks 40th overall among FBS teams in red zone offense (.881) but the Broncos have seen an uptick in red zone conversions in recent games. Boise State has produced 12 touchdowns and four field goals in its last 16 trips to the red zone.

The Broncos could be without their top defensive player against Utah State.

Curtis Weaver injured his right leg in the second quarter against New Mexico and spent the remainder of the game with a walking boot on his foot. His status is uncertain for Saturday.

Losing the junior defensive end could be a huge blow for Boise State. Weaver leads the Mountain West in sacks (12.5) and tackles for loss (15.5). He ranks in the Top 10 nationally in both categories.