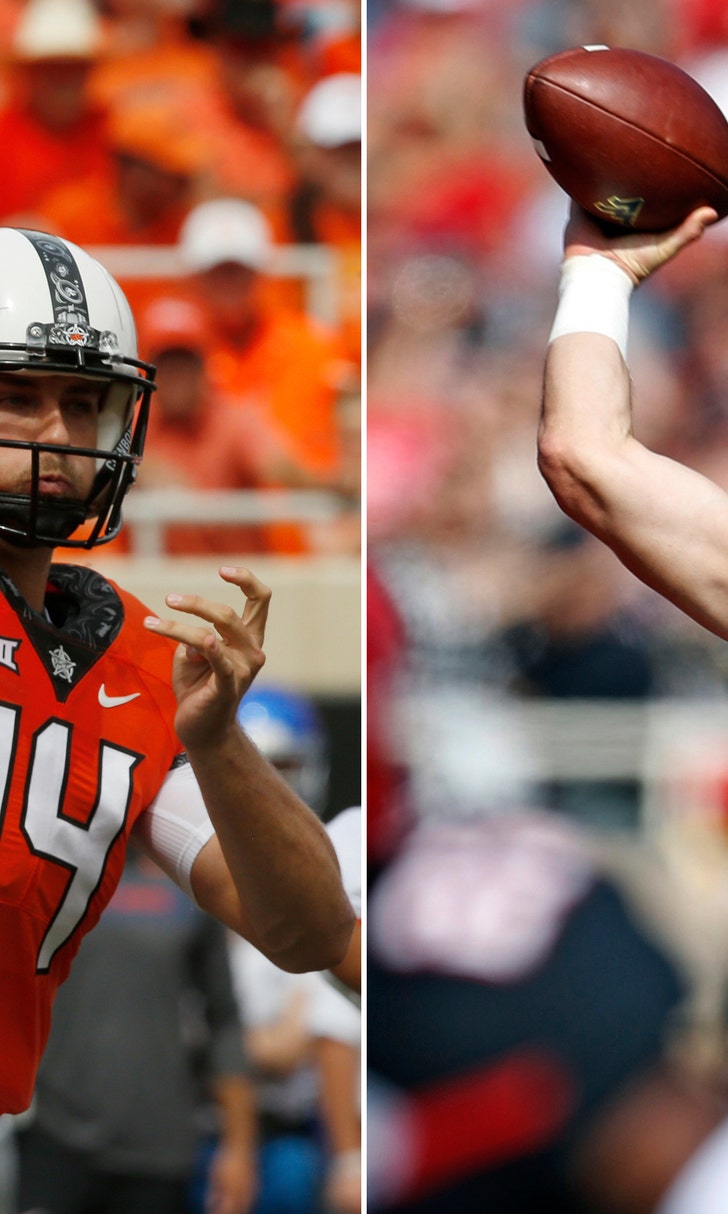 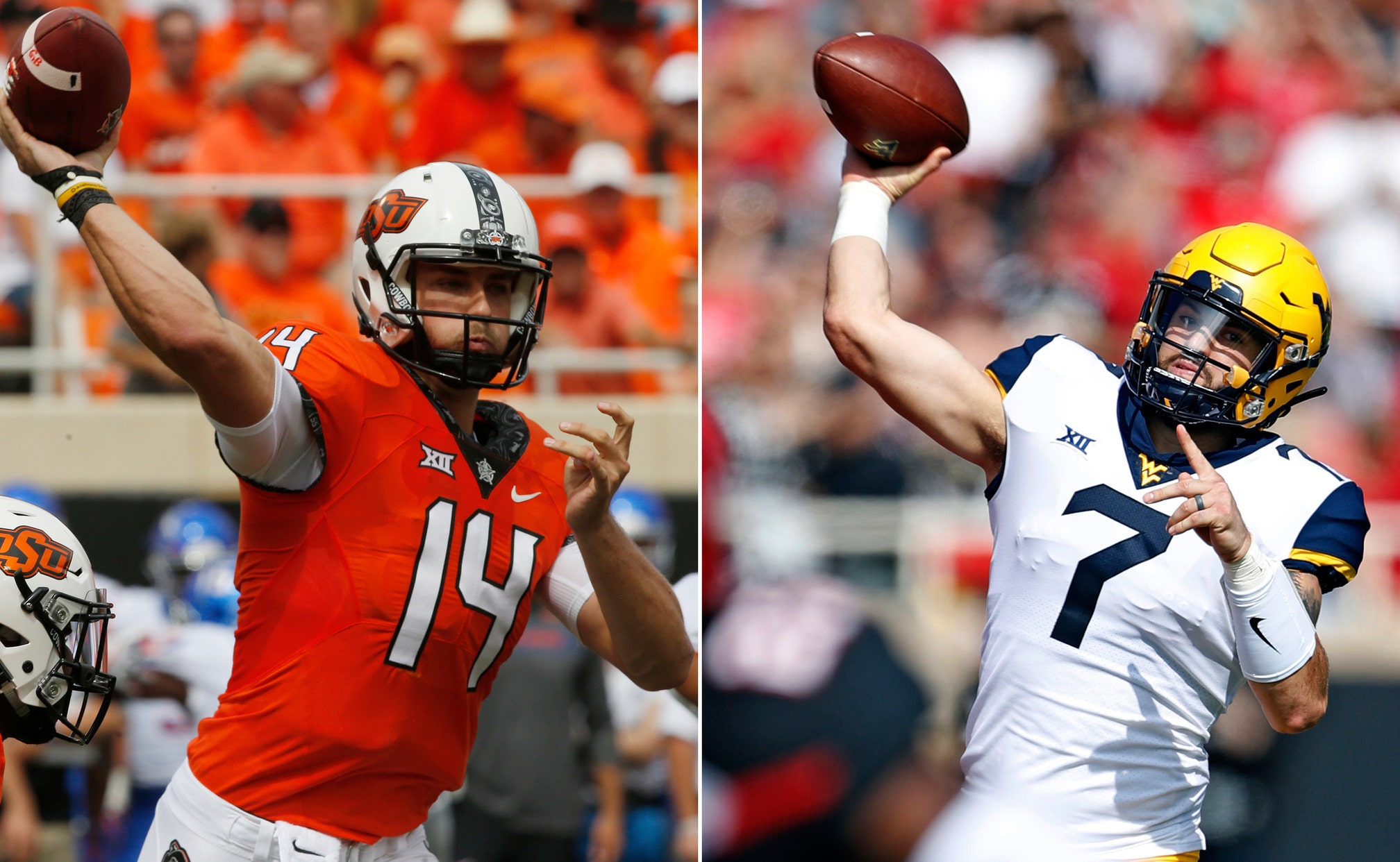 Some things to know about Week 12 in the Big 12 Conference:

No. 18 Iowa State (6-3, 5-2 Big 12) at No. 13 Texas (7-3, 5-2). The winner will still be in contention for a spot in the Big 12 title game and the loser would be eliminated if conference co-leaders No. 6 Oklahoma and No. 7 West Virginia both win Saturday. Iowa State, with freshman quarterback Brock Purdy, has won five Big 12 games in a row for the first time. After consecutive losses by a combined four points, sophomore QB Sam Ehlinger led the Longhorns on a late game-winning drive at Texas Tech — like he did earlier this season against Oklahoma. Ehlinger has thrown a Big 12-record 280 consecutive passes without an interception. Texas won its last Big 12 title in 2009, when it was also the last team from the league to play in a national championship game. Iowa State, which has lost 13 of 15 in the series, has never won the conference.

The quarterbacks when No. 7 West Virginia (8-1, 6-1) plays at Oklahoma State (5-5, 2-5). WVU's Will Grier, the Heisman Trophy contender, has thrown for 329 yards a game with 31 TDs. Taylor Cornelius, OSU's fifth-year senior and first-time starter, has thrown for 312 yards per game with 23 touchdowns. Cornelius does have to throw against a Mountaineers defense has allowed only 233 yards passing a game and a league-low 13 TD passes. Grier has 1,042 yards passing with nine TDs and one interception in three games since only 100 yards in a loss at Iowa State.

Oklahoma, which has won 15 consecutive November games, is the nation's only team with at least 30 rushing touchdowns (31) and at least 30 passing TDs (33). ... Texas Tech WR Antoine Wesley leads the nation with 134.7 yards receiving per game . He has four 150-yard games, including 199 and 171 in the last two. ... Kansas State has averaged 212 yards rushing with 14 TDs in the past five games. ... TCU and Baylor, both still trying to get bowl eligible, meet in the most-played series for both schools. TCU leads 54-52-7 in the series that dates back to 1899.

Kansas has only two games left with coach David Beaty and will be more than a five-TD underdog at No. 6 Oklahoma. The Sooners have won the last 13 games in the series by an average margin of 31 points. Oklahoma's last home loss in the series was 1996, the first Big 12 season.

Lil'Jordan Humphrey is the first Texas player since 2012 with consecutive 100-yard receiving games. He had eight catches for a career-high 159 yards last week against Texas Tech, and his second TD catch was a game-winning 29-yarder with 21 seconds left. Humphrey has 63 catches for 947 yards and seven TDs this season.