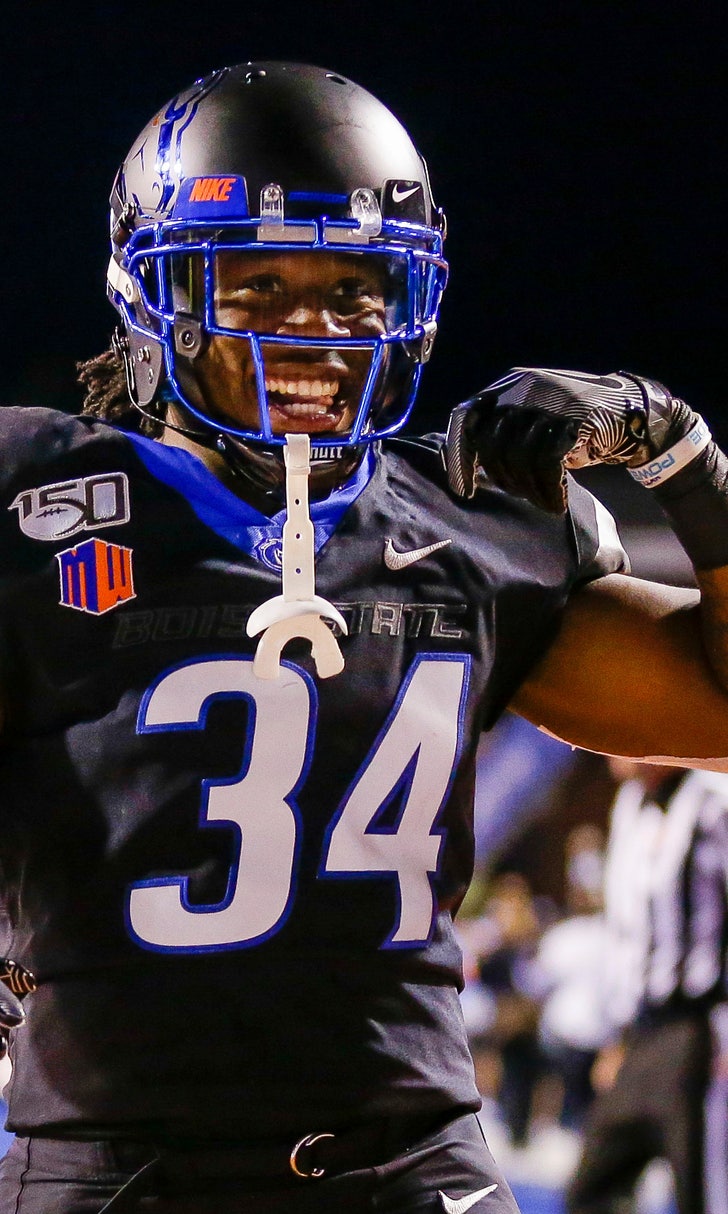 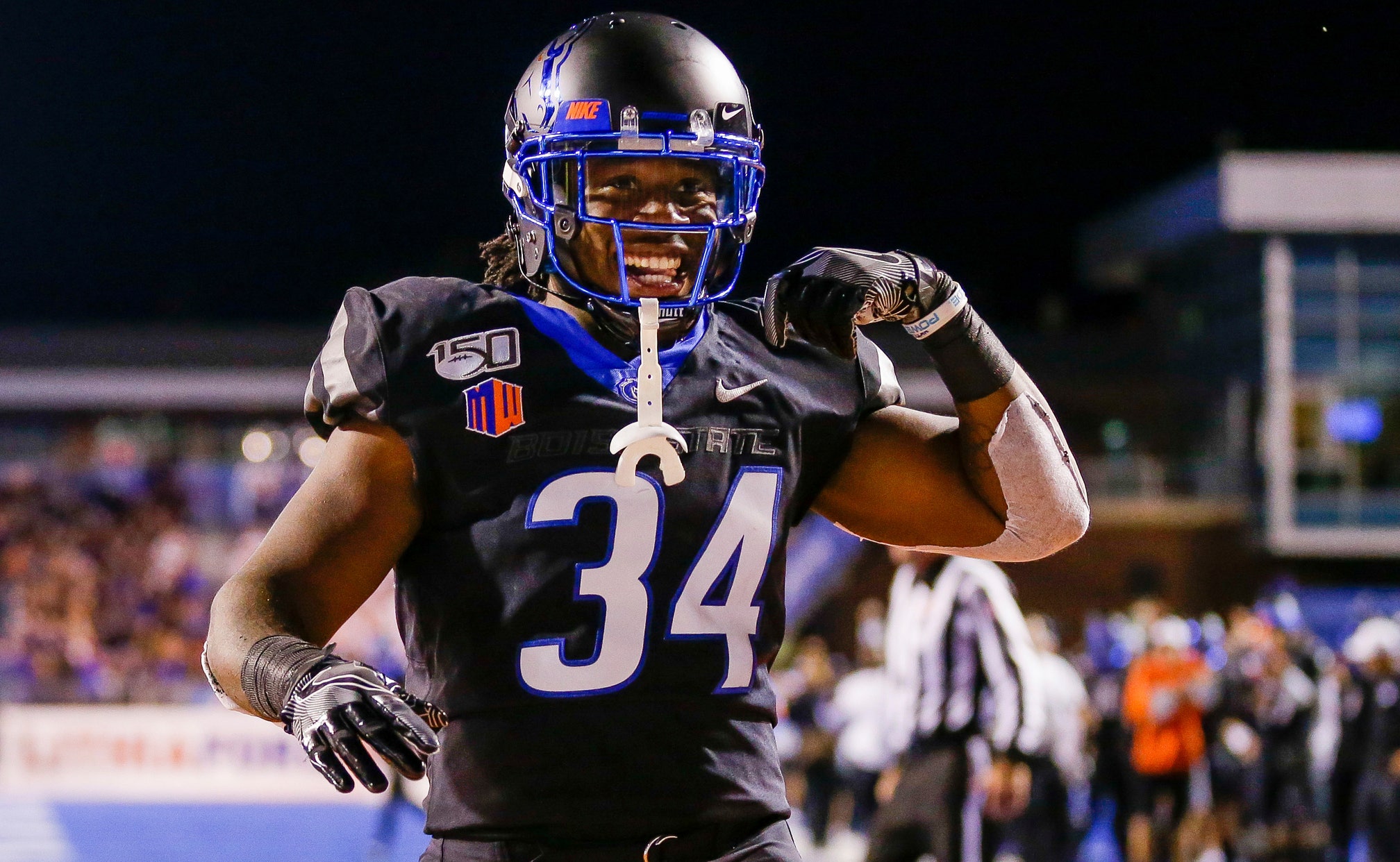 No. 16 Boise State can't afford to look past UNLV

LAS VEGAS (AP) — Before No. 16 Boise State visits UNLV on Saturday, the Broncos may want to take a peek at what happened to San Diego State's season last year for a quick lesson in looking ahead.

The Aztecs were cruising through the season and rode a 7-2 winning streak into a mid-November conference showdown with the Rebels, who were 2-7 and mired in a six-game slide.

UNLV went into San Diego and won. The Aztecs didn't win another game after that.

Enter undefeated Boise State (4-0, 1-0 Mountain West), which is on the road for the first time since Aug. 31, when the Broncos came from behind to defeat Florida State on the road before three straight home games. Now the Broncos face the must-win Rebels (1-3, 0-1), who are nursing a three-game losing streak.

"I think at times the wins, somebody said it, it's like deodorant, right? It kind of covers up the stuff that stinks," Boise State coach Bryan Harsin said. "I don't know who said that but I saw it the other day and I'm like 'that's exactly it' because there is a bunch of things that stink and if you don't correct them or address them then they're going to come back and get you. I hope that message was made clear over the bye week, more importantly than anything else."

Harsin is hoping his Broncos won't rest on what they've done so far, and said improvement needs to be made starting this week, even against the Rebels.

"To me, we need to prepare as a team a whole lot better," Harsin said. "That's been a message. Guys need to come in here and study and older guys need to teach younger guys how to do that."

Here are some things to know about Boise State and UNLV:

The Broncos have been a very good football team in the month of October under Harsin. Boise State is 18-3 in the previous five seasons with Harsin in charge and has never suffered more than one loss. The only October losses came in 2015 at Utah State (52-26), at Wyoming (30-28) in 2016, and last year at San Diego State (19-13).

Boise State could get a pair of key starters back to face the Rebels.

Safety DeAndre Pierce and right tackle John Ojukwu have both been out with leg injuries suffered in the season opener against Florida State. Both returned to limited practice last week during the Broncos' open week and Harsin said there is a chance both could play against the Rebels.

It may also be a case of giving the duo one more week of recovery to get ready for a key conference showdown with Hawaii.

NEW GUY IN THE MIDDLE

Boise State will be breaking in a new middle linebacker after Ezekiel Noa suffered a torn ACL and a broken wrist in the Broncos' win over Air Force.

Noa was Boise State's leading tackler with 28 through four games after moving from weakside linebacker to the middle before the season.

Benton Wickersham is listed as the starter replacing Noa on the Boise State depth chart.

It's the second straight year the Broncos have lost their leading tackler to a midseason knee injury. Riley Whimpey suffered a torn ACL last season.

Kenyon Oblad is scheduled to be UNLV's starting quarterback in place of Armani Rogers, who left last week's game at Wyoming with a sprained knee.

UNLV coach Tony Sanchez has designed a run-first offense that is better suited to the dual-threat Rogers, who doesn't have as accurate an arm as Oblad. Oblad has been an option when the run game isn't working.

Either quarterback would have his hands full with the Broncos. Boise State boasts the 25th-best defense in the nation, allowing 299.3 yards per game and only 157.3 yards per game through the air.

Despite being knocked out with an injury in the first half after just five carries last week, UNLV running back Charles Williams will play against the Broncos. The 5-foot-9 speedster is ranked No. 10 in the nation with 118 yards per game, including a career-high 168 vs. Arkansas State on Sept. 7.

Considering UNLV's quarterback dilemma, and Boise State's staunch pass defense, Williams will be counted on to extend drives. The Broncos rank 56th in the country, allowing an average of 142 yards rushing.