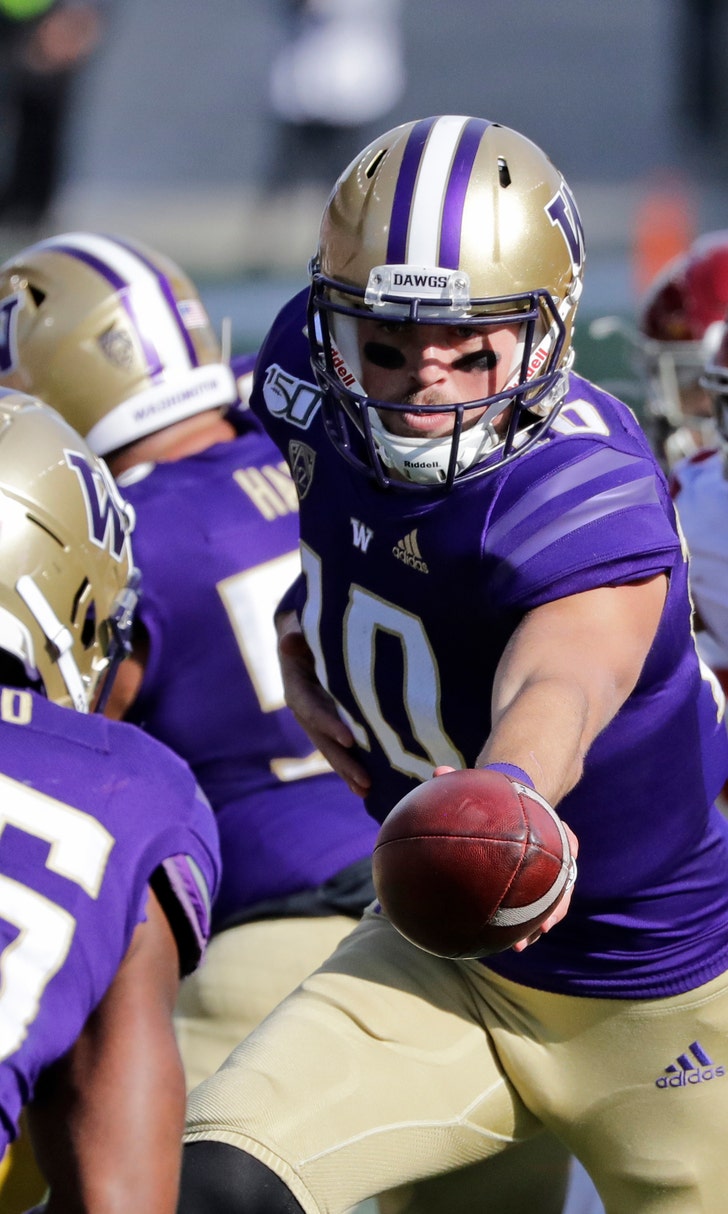 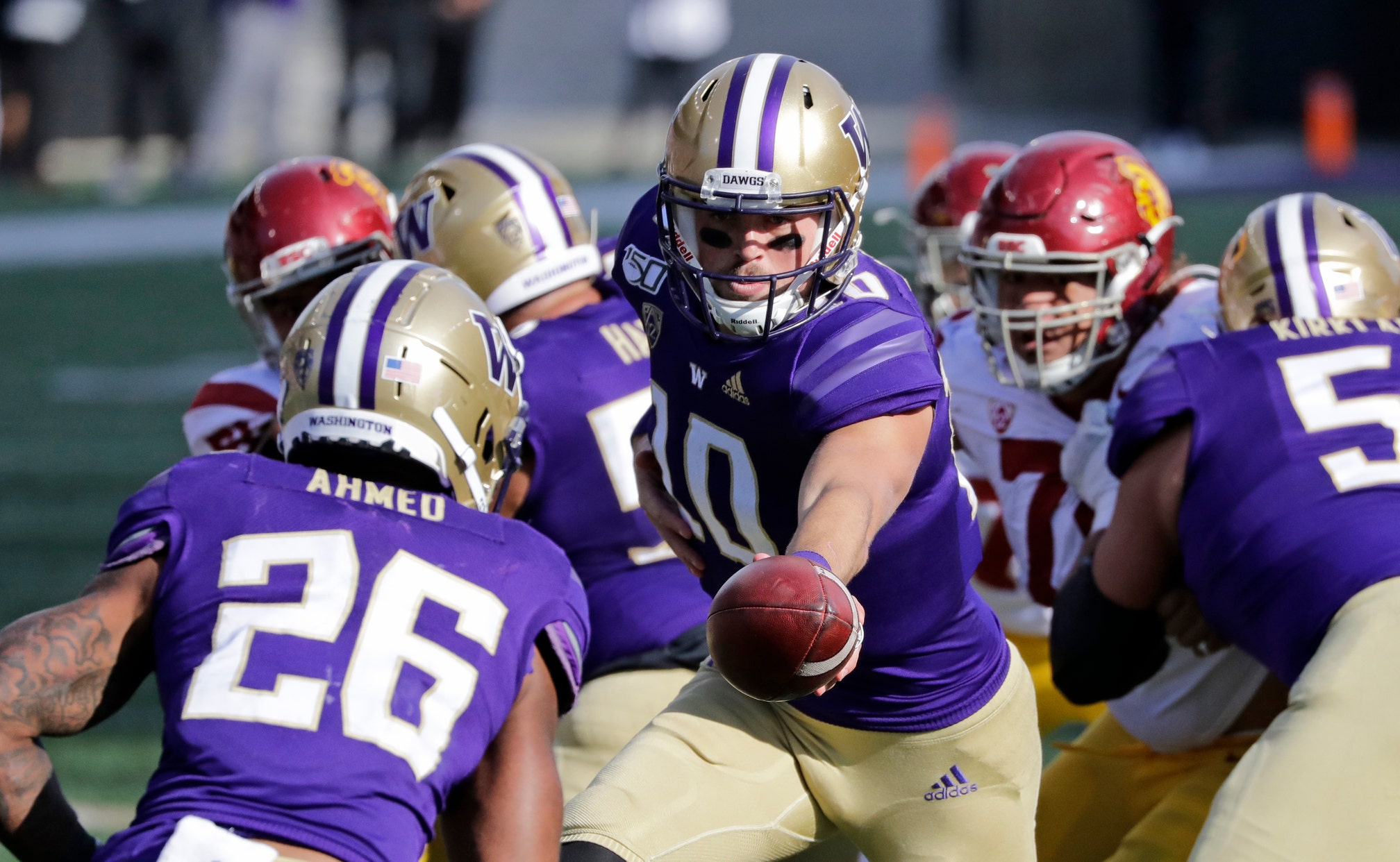 No. 15 Washington looks to end drought in Stanford

STANFORD, Calif. (AP) — Washington coach Chris Petersen isn't joking when he says he's not quite sure what to make of Stanford.

While the 15th-ranked Huskies have had some success against the Cardinal over the past decade, they haven't won on The Farm since 2007.

"Just their style is different, certainly on offense," Petersen said. "(They're a) multiple tight end team, always have been. A lot of checks. Slow the game down. Not a tempo team, so you get less plays. You've got to be efficient with your drives and all those types of things."

Washington (4-1, 1-1 Pac-12) has turned its season around since losing to California in the Pac-12 opener. The Huskies take a three-game winning streak into Saturday night's game, including a 28-14 victory over USC.

The road game against Stanford (2-3, 1-2) and another at Arizona are all prelude to the Huskies' Oct. 19 showdown against No. 13 Oregon.

First, Washington has to figure out how to win at Stanford. The Huskies have lost their last five games there, three of them blowouts.

Much of that came while Stanford was a Pac-12 powerhouse. This year has been vastly different.

The Cardinal had to hold off a late rally to beat Oregon State last week after three consecutive lopsided losses to USC, No. 18 UCF and Oregon. Stanford is also dealing with uncertainty at quarterback due to K.J. Costello's lingering thumb injury.

"We just have to push for consistency," Stanford coach David Shaw said. "Not just consistency of not screwing up but consistency of trying to play at a high level because that's what it's going to take this week against Washington. They are nonstop. We can't afford to have lapses against a good football team like this."

Then again, there is that homefield advantage.

"I hope there is a big crowd there," Washington running back Salvon Ahmed said. "I heard they call it the library over there. They give us a really good game every year. I hope that we come out and execute everything possible."

Here are a few other things to watch for when Stanford hosts Washington on Saturday night:

Costello was hoping to be able to throw after taking last week off, although Shaw wasn't very optimistic about the prospect of getting his starting quarterback back in the lineup. "K.J. is still listed somewhere between questionable and doubtful," Shaw said. "I have no doubts about his passion. I have no doubts about his ability. This is just health." Davis Mills started against Oregon State in place of Costello and passed for 245 yards and three touchdowns. He also caught a touchdown on a pass from tight end Colby Parkinson.

Ahmed broke out in a big way last week against USC. The junior rushed for a career-high 153 yards that was highlighted by his 89-yard touchdown run, the longest running play for Washington in 25 years. Ahmed missed the Huskies' win at BYU to get fully recovered from a leg injury and taking the week off proved to be the best move. Thanks to Ahmed's big day against the Trojans, he now leads the Pac-12 averaging 99.7 yards per game on the ground. But it wasn't easy sitting out two weeks ago. "It was hard to watch. I love to play this game. I want to be out there with my teammates whenever possible, but I'm so confident in our running back room that we were going to be OK and I was going to be back soon," Ahmed said.

Washington has not been shy about giving its young defensive backs a chance to shine. Safety Cameron Williams has made the most of it, including two interceptions last week against the Trojans. He also made a youthful mistake biting on play action and helping give up USC's one big play — a 44-yard touchdown. Williams isn't alone. The Huskies have given plenty of snaps to fellow youngsters Trent McDuffie, Asa Turner and Kyler Gordon.

Jacob Eason was mostly an afterthought in the win over USC, but not because of a poor performance by the Washington quarterback. Eason was 16 of 26 for 180 yards in the victory but didn't commit any turnovers and ran the Huskies offense efficiently. He may have a chance at a few more big plays in the passing game against the Cardinal, who rank ninth in the conference giving up 287 yards per game through the air.