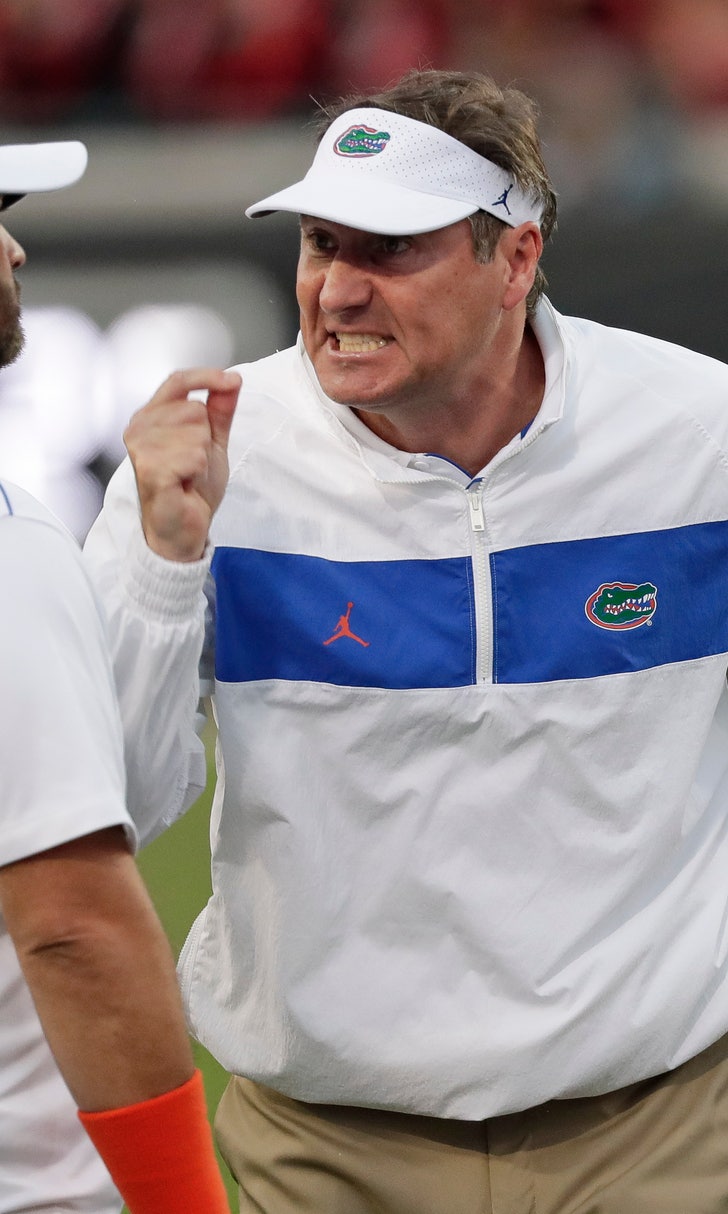 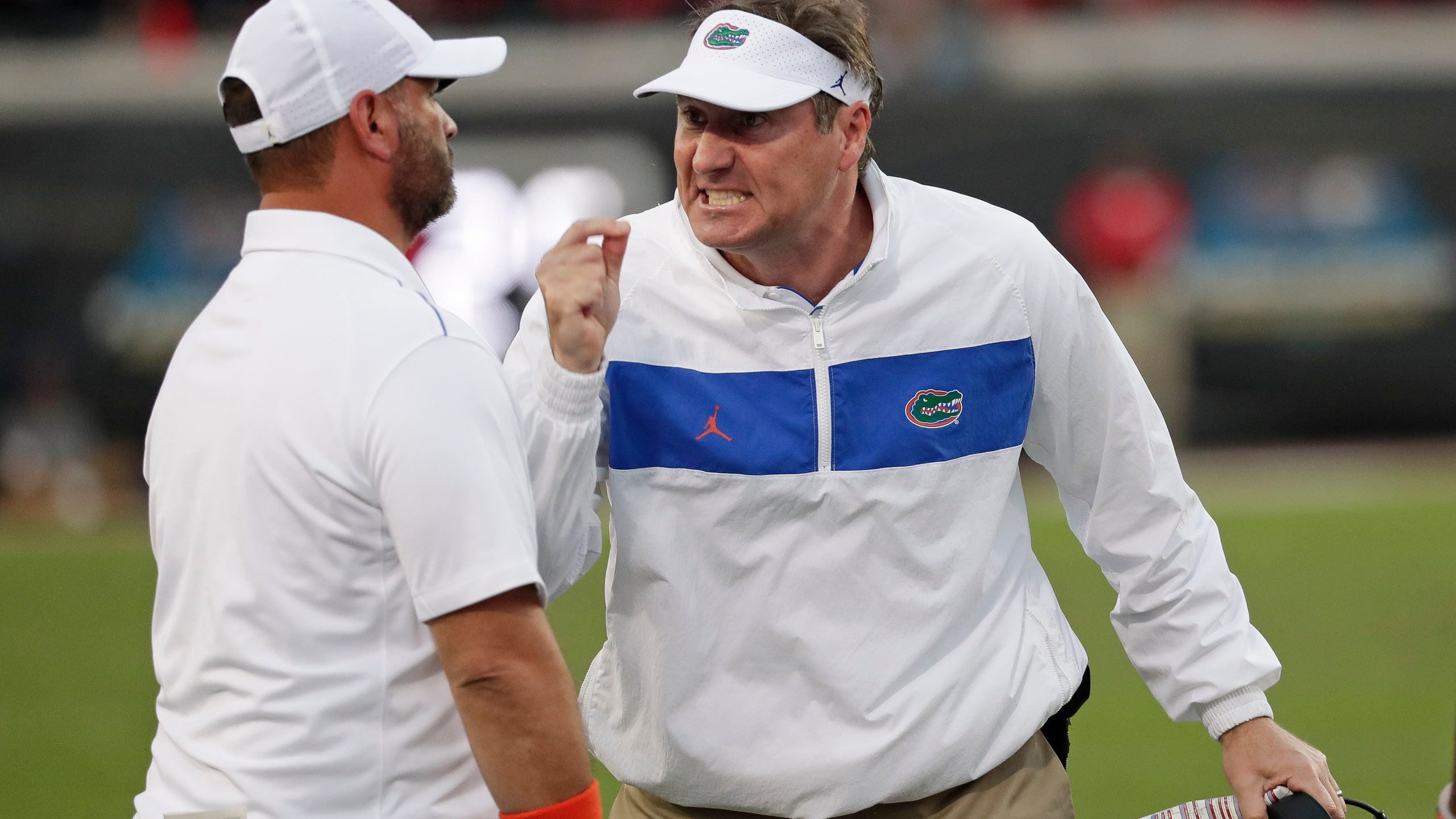 No. 10 Florida hosts Vanderbilt, hopes to regroup from loss

Krull and the 10th-ranked Gators embraced it, too.

"We're angry," Krull said. "It's something that's going to translate to a great finish."

Florida felt like it let the Southeastern Conference's Eastern Division title and maybe a shot at the College Football Playoff slip away in a 24-17 loss to Georgia in Jacksonville last week. Coach Dan Mullen's team was porous on defense, one-dimensional on offense and out of sync from the start. The result was a third straight setback to the Bulldogs and new goals down the stretch .

The Gators (7-2, 4-2 SEC) expect to regroup against Vanderbilt (2-6, 1-4), a 27-point underdog that's averaging 17 points a game and ranks last in the league in offense and defense as well as just about every other meaningful statistic.

Making the road game more daunting for the Commodores: they will start their third quarterback of the season on Saturday in the Swamp.

Coach Derek Mason said Thursday that fourth-year junior Deuce Wallace will make his first collegiate start against the Gators, who have won five straight in the series and 27 of the last 28.

"Deuce has looked good knowing he is the starter," Mason told WGFX-FM radio. "He's going to put this thing on his shoulders."

Vandy has two quarterbacks recovering from concussions : Mo Hasan and Riley Neal. Freshman Allan Walters will back up Wallace, and Neal will travel.

Wallace has played in six games this season off the bench, completing 33 of 76 passes for 237 yards and three interceptions.

Florida could pose problems, especially after struggling to do much to disrupt Georgia's Jake Fromm a week ago.

"We know who we are," defensive tackle Adam Shuler said. "We know that if we play to our best abilities, we'll come out how we want to."

Some other things to know about Vanderbilt and Florida:

Florida running back Lamical Perine has been held under 70 yards in eight of nine games this season. His 88-yard touchdown run against Auburn gave him his only 100-yard performance.

Vanderbilt, though, is allowing more than 200 yards a game on the ground. It could lead to a breakout game for Perine.

Vanderbilt leading receiver Kalija Lipscomb didn't play in the loss at South Carolina, and Mason has since said it was due to personal issues. The senior has 32 catches for 377 yards in a struggling offense. Mason said Lipscomb will be back against Florida, a top target for Wallace.

Vanderbilt might need to throw to ease the load on its top offensive player, running back Ke'Shawn Vaughn. His 1,024 all-purpose yards rank third in the league, and the senior ranks third in the SEC with 790 yards rushing. He already has topped 3,000 yards rushing in his career. He had a 43-yard run and a 75-yard touchdown reception against the Gators last year.

"He's a shifty guy," Shuler said. "He's powerful. You've got to really tackle him. He's not too far off all the other running backs we played against last week or the week before. He's just as good almost."

The Gators have won six consecutive home games. With victories against Vanderbilt and then rival Florida State in three weeks, they would finish undefeated in the Swamp for the 14th time since 1990 and just the third time since 2010.

The Prayer, Unanswered
In our Black History Month series, RJ Young looks at the career of Eldridge Dickey, the first Black QB selected in the first round of the draft.
6 days ago