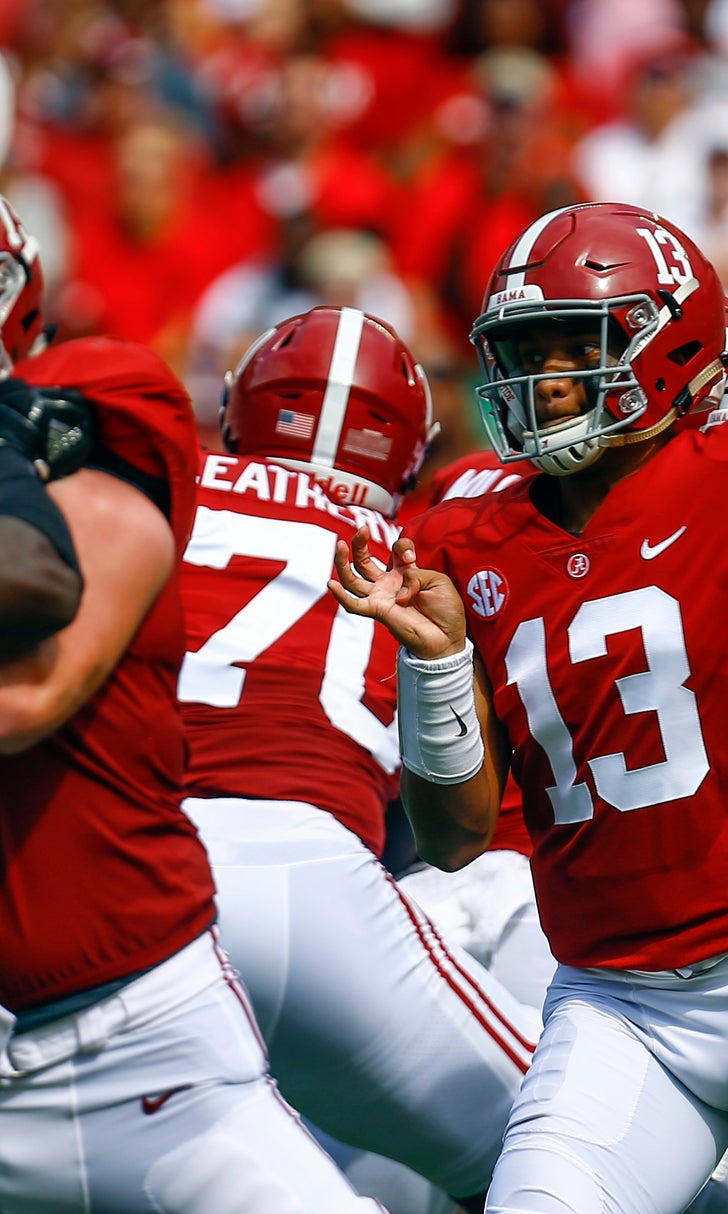 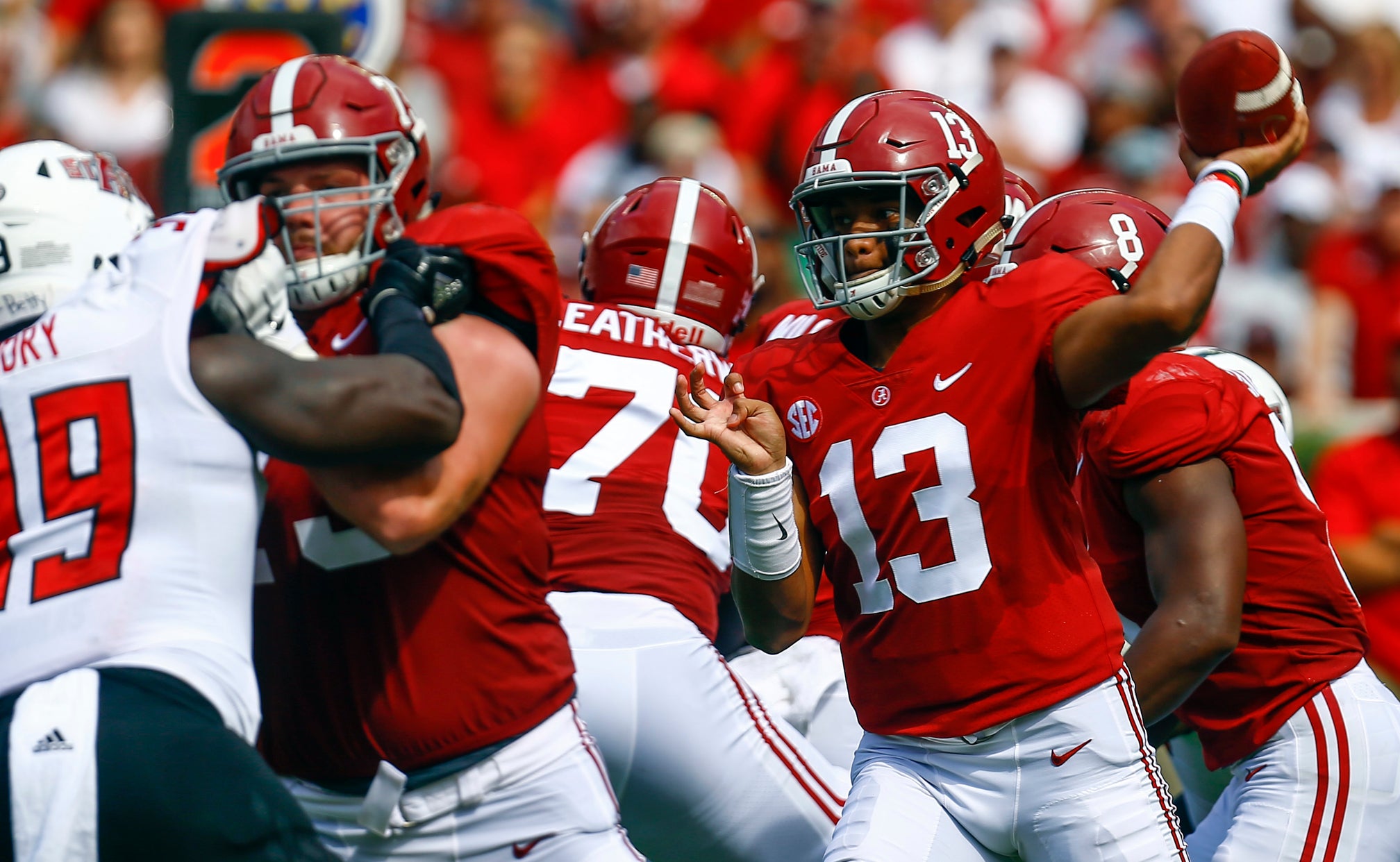 OXFORD, Miss. (AP) — No. 1 Alabama looks like one of the most complete teams in the country through two weeks, boasting a team filled with stars on both offense and defense.

Ole Miss roster doesn't have that luxury. With a suspect defense, if the high-scoring Rebels (2-0, 0-0 Southeastern Conference) want to pull off the upset over the Crimson Tide (2-0, 0-0), there's little doubt Saturday's game will turn into a shootout.

Alabama has some concerns about facing the Ole Miss offense, which is averaging more than 61 points and nearly 600 total yards through two games. The Rebels have a solid senior quarterback in Jordan Ta'amu, NFL-caliber receivers in A.J. Brown, D.K. Metcalf and DaMarkus Lodge, and a rejuvenated running game thanks to the presence of junior college transfer Scottie Phillips.

If Alabama can slow down the Ole Miss offense, the game could get ugly in a hurry.

The Rebels' defense gave up more than 600 yards to Southern Illinois last week in a 76-41 win. With that in mind, it appears unlikely Ole Miss can slow down Alabama quarterback Tua Tagovailoa, who has thrown for 455 yards, six touchdowns and zero interceptions through two games.

Even so, Alabama coach Nick Saban said nothing can be taken for granted.

"Those guys are playing hard," Saban said. "I know they gave up some points last week but I thought against Texas Tech they really played well against a really good offensive team."

The Alabama-Ole Miss games have been mostly entertaining in recent seasons with the Rebels pulling out upset wins in both 2014 and 2015. The 2016 was competitive as well, with Alabama rallying for a 48-43 victory. Last year's game was the exception, with Alabama crushing Ole Miss 66-3 in Tuscaloosa. This is the fourth straight year that the Rebels' SEC opener has been against Alabama.

It'll be a rare SEC matchup of Hawaiian quarterbacks when Tagovailoa and Ta'amu meet on Saturday. The two players both grew up on the island of Oahu in the Honolulu area and have occasionally trained with and against each other over the past several years.

Ta'amu was a surprise star last season after he took over for the injured Shea Patterson and had very good numbers during the last half of 2017. He's continued the good times this fall, leading the SEC with 392 yards passing per game. That number also ranks second in the country.

Tagovailoa's proficiency on third downs is a big reason why Alabama's converting a league-best two-thirds of the time (20 of 30). He has completed all 10 of his third-down attempts for 207 yards and four touchdowns, a quarterback rating of 405.88. Three of his four touchdown passes against Arkansas State came on third-down plays.

Alabama's rebuilt secondary faces its biggest challenge. The Tide had to replace its top six defensive backs from last season and now faces a talented receiving corps led by A.J. Brown, D.K. Metcalf and Braylon Sanders. Deionte Thompson is Alabama's leader in the secondary and the team's top tackler. Junior college transfer Saivion Smith and Shyheim Carter both have pick-sixes.