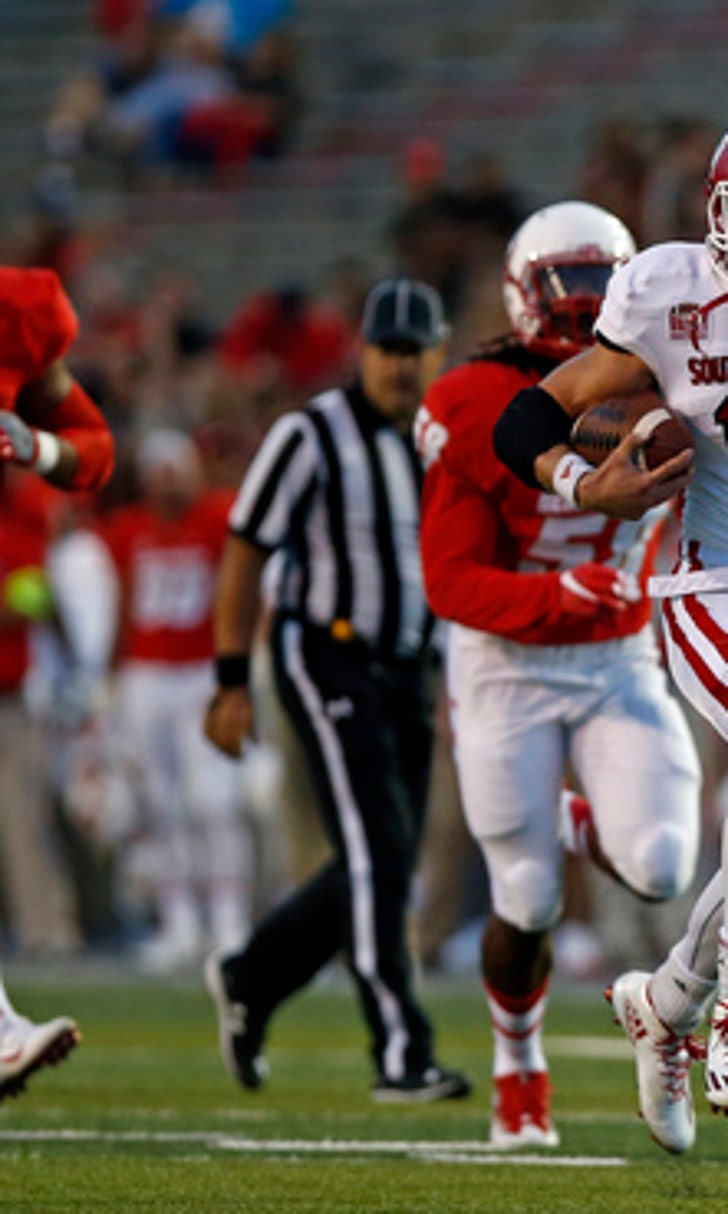 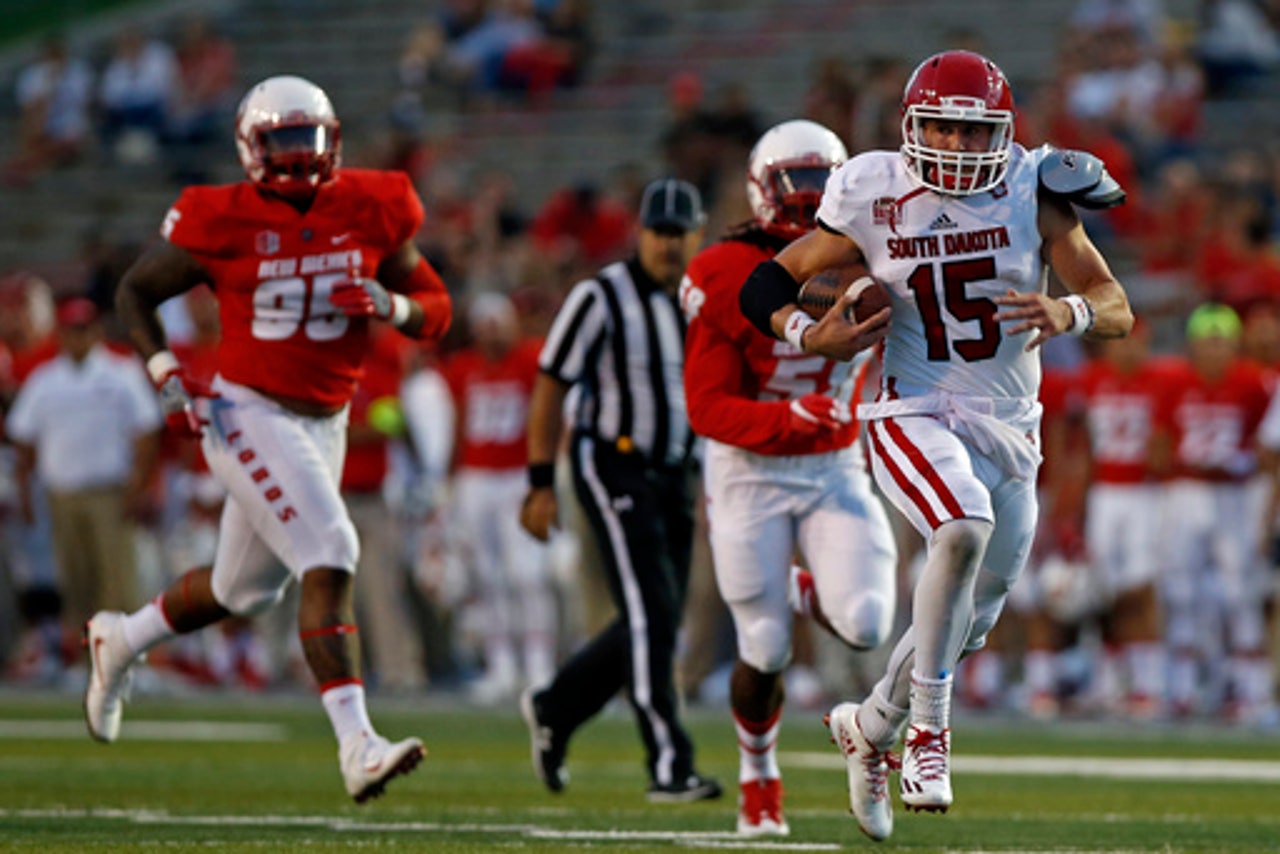 ALBUQUERQUE, N.M. (AP) Teriyon Gipson scored on the first play from scrimmage and New Mexico continued to pile up yards and points against South Dakota in a 48-21 victory on Thursday night.

Gipson finished with 181 yards on 10 carries and had touchdown runs of 84 and 75 yards on his first two touches. The second TD tied it at 14-all and started the Lobos (1-0) on a 31-point scoring binge over the next two quarters.

New Mexico benefited from three takeaways, which led to 17 points.

The Lobos, however, had issues controlling the line of scrimmage defensively allowing South Dakota (0-1) to find running room and extend drives - including a fourth-down conversion deep in its own end.

That was particularly evident in the first quarter when the Coyotes scored two touchdowns, including a 10-play, 90-yard drive to go up 14-7.

New Mexico: Entering the game, Lobos coach Bob Davie insisted quarterbacks Austin Apodaca and Lamar Jordan would both see time, but Apodaca may have cemented his position with a performance that included career highs in yardage (172), completions (12) and touchdowns (2). Jordan did not play.

South Dakota: The Coyotes has a reputation as a defensive unit, but it gave up 615 yards of total yardage. Offensively, however, South Dakota displayed a penchant for the big play, scoring three touchdowns of more than 40 yards.