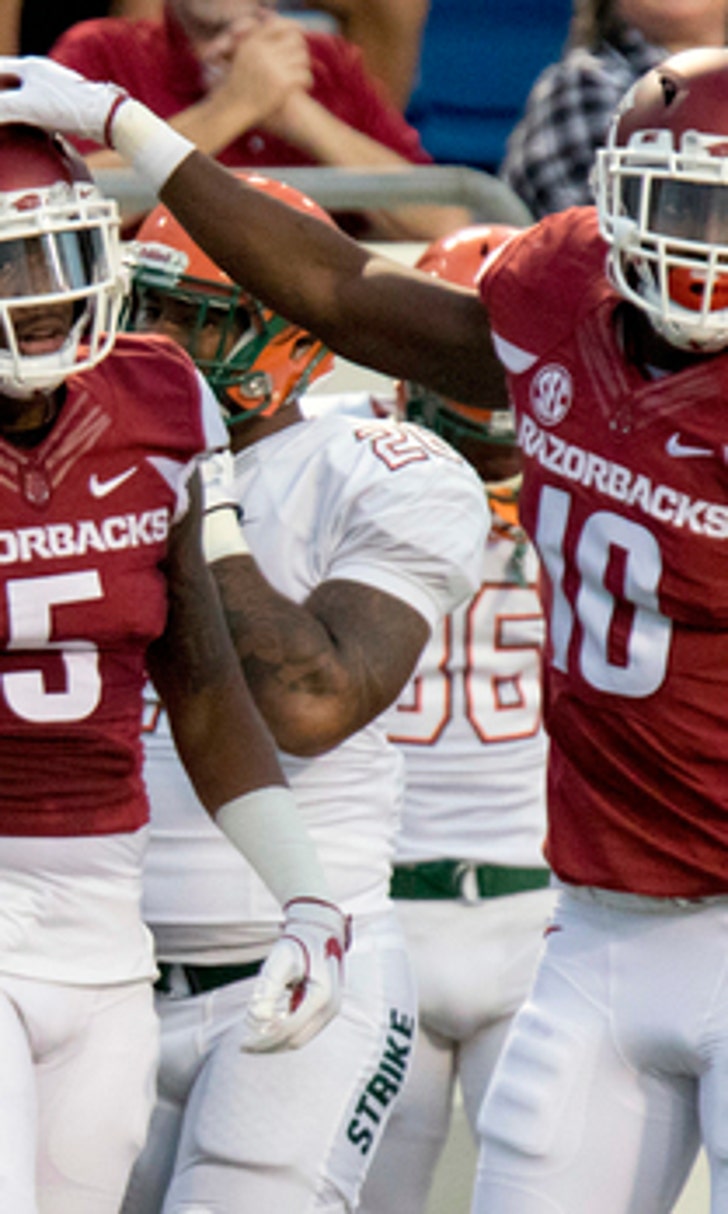 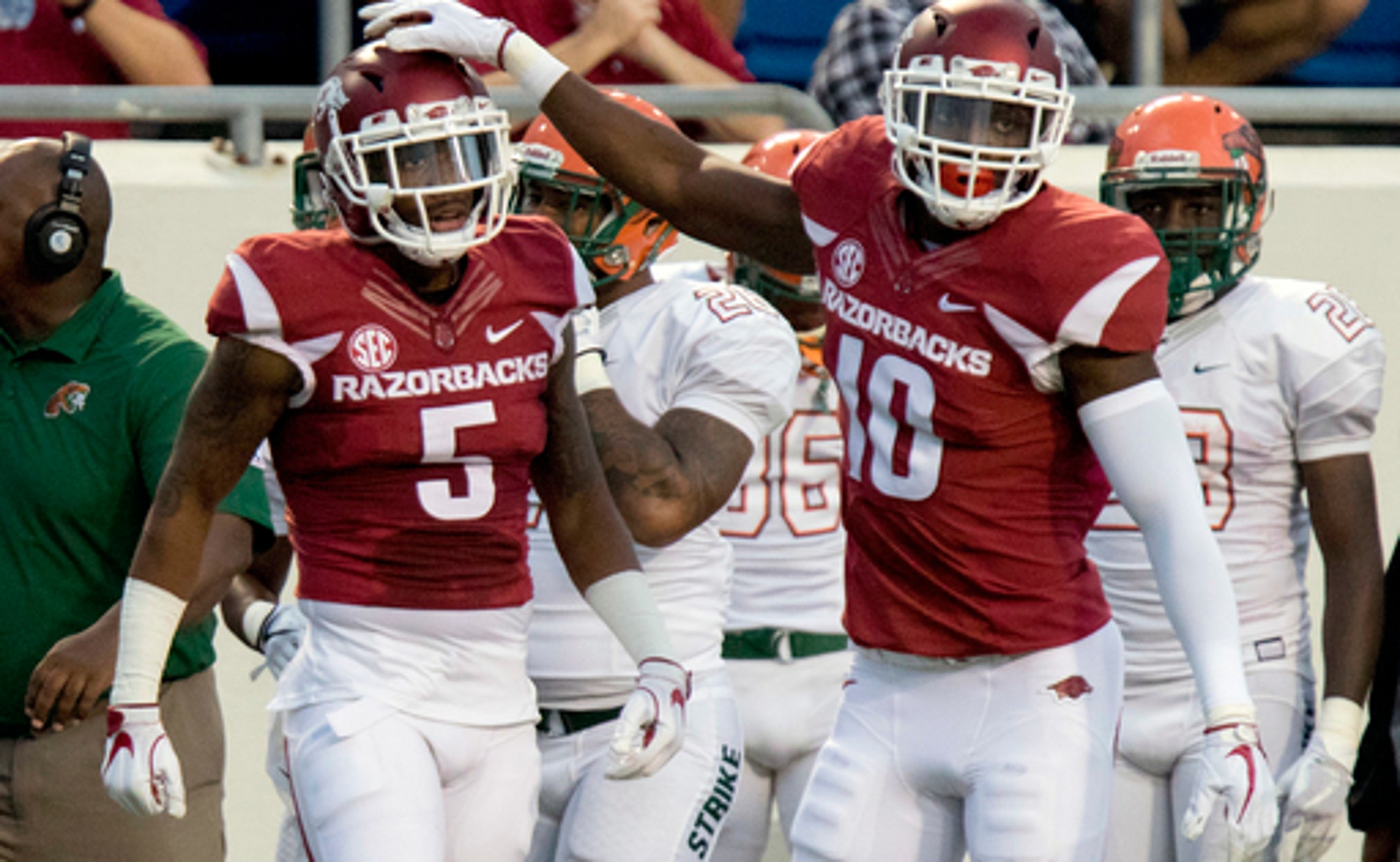 New-look Arkansas defense to be tested against No. 23 TCU

FAYETTEVILLE, Ark. (AP) When Arkansas coach Bret Bielema made the decision to switch to a 3-4 defense following last season, he did so with the idea of getting his best athletes on the field more often.

Bielema also did so with the hope of slowing someone exactly like TCU quarterback Kenny Hill, who the Razorbacks (1-0) will face for a third time when they host the No. 23 Horned Frogs (1-0) on Saturday.

Hill first played against Arkansas while with Texas A&M in 2014, leading the Aggies to a victory. He was at this best a year ago, decimating the Razorbacks defense while accounting for nearly 500 yards of total offense.

Arkansas won that game 41-38 in double overtime, thanks to a breakout quarterback performance of its own from Austin Allen.

This time around, Bielema would prefer not having to rely on Allen so heavily to defeat their former Southwest Conference rival.

''The fact that we've changed schemes will hopefully allow our guys to line up at a little better pace,'' Bielema said. ''We know they love to go tempo, and they'll go as fast as they possible can.''

Arkansas was one of the worst defenses in the country a year ago, allowing an average of 6.75 yards per play and 39 rushing touchdowns - both worst in the Southeastern Conference. The Razorbacks weren't challenged defensively in an opening 49-7 win over Florida A&M, but Saturday is expected to be another story entirely.

Hill threw for 206 yards and four touchdowns in last week's 63-0 win over Jackson State , two of which were to Desmon White. The Horned Frogs gained 542 yards of total offense in the win, but TCU coach Gary Patterson expects a better challenge this week against Arkansas.

''They have guys that can run around on defense,'' Patterson said. ''They like it for the people they'll get to play as far as far as lot of the passing groups ... They have good players to go along with it.''

Some things to watch as Arkansas tries to sweep the home-and-home series with the Horned Frogs:

One area of Arkansas' new-look defense that could be problematic is the secondary. Starting cornerback Ryan Pulley is out for what Bielema said is a ''significant'' amount of time after surgery following a pectoral muscle injury he suffered in last week's win. Pulley led the Razorbacks with 13 pass breakups last season.

Arkansas received a backfield boost in its opener from talented freshman Chase Hayden. The 18-year-old son of former Tennessee running back Aaron Hayden led the Razorbacks with 120 yards rushing on 14 carries - giving them another rushing option to go with lead back Devwah Whaley and former South Carolina transfer David Williams.

TCU's defense allowed only 65 yards of total offense last week while posting its first shutout since 2014. The Horned Frogs also scored twice on defense, with Ridwan Issahaku returning an interception 53 yards for a touchdown and Arico Evans returning a fumble 32 yards for a score.

Arkansas will play at home despite an ongoing $160 million renovation to Razorback Stadium. The project, which will increase the stadium's capacity to more than 75,000, is expected to be completed by the beginning of next season. Arkansas athletic director Jeff Long said construction will be halted during games, and Bielema said the stadium has already seen an increase in volume thanks to the north end zone being enclosed by the new construction.

AP Sports Writer Stephen Hawkins in Fort Worth, Texas, contributed to this report.