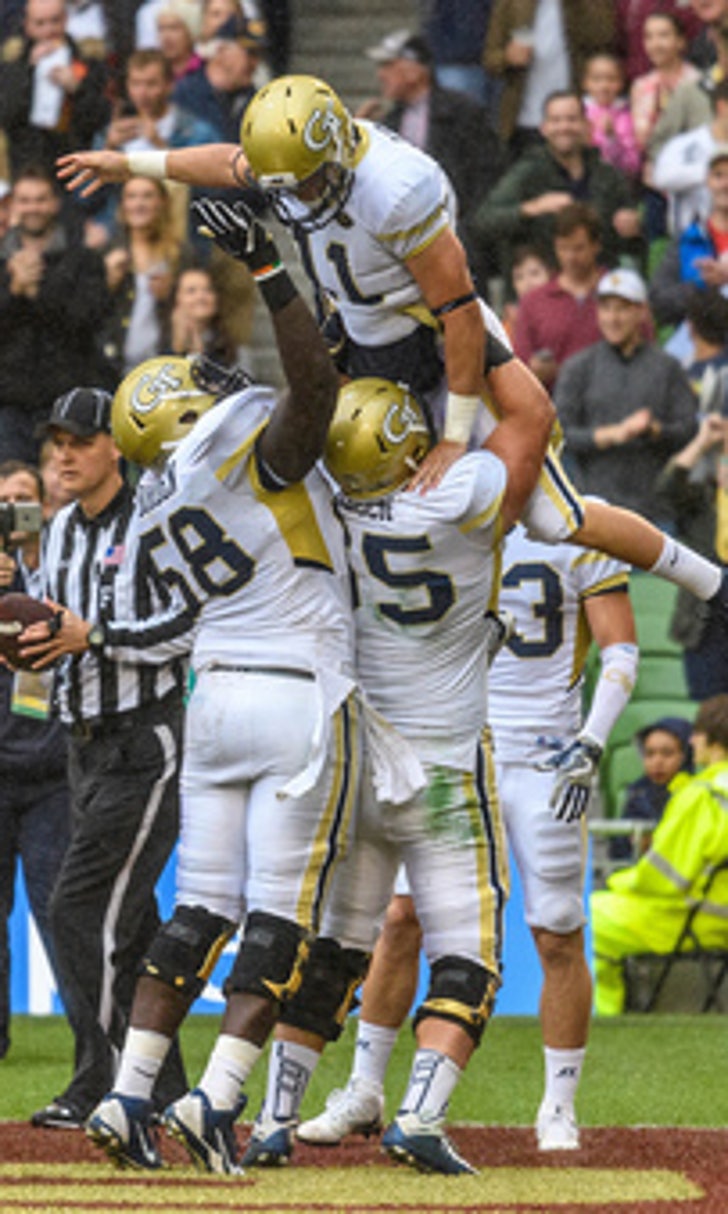 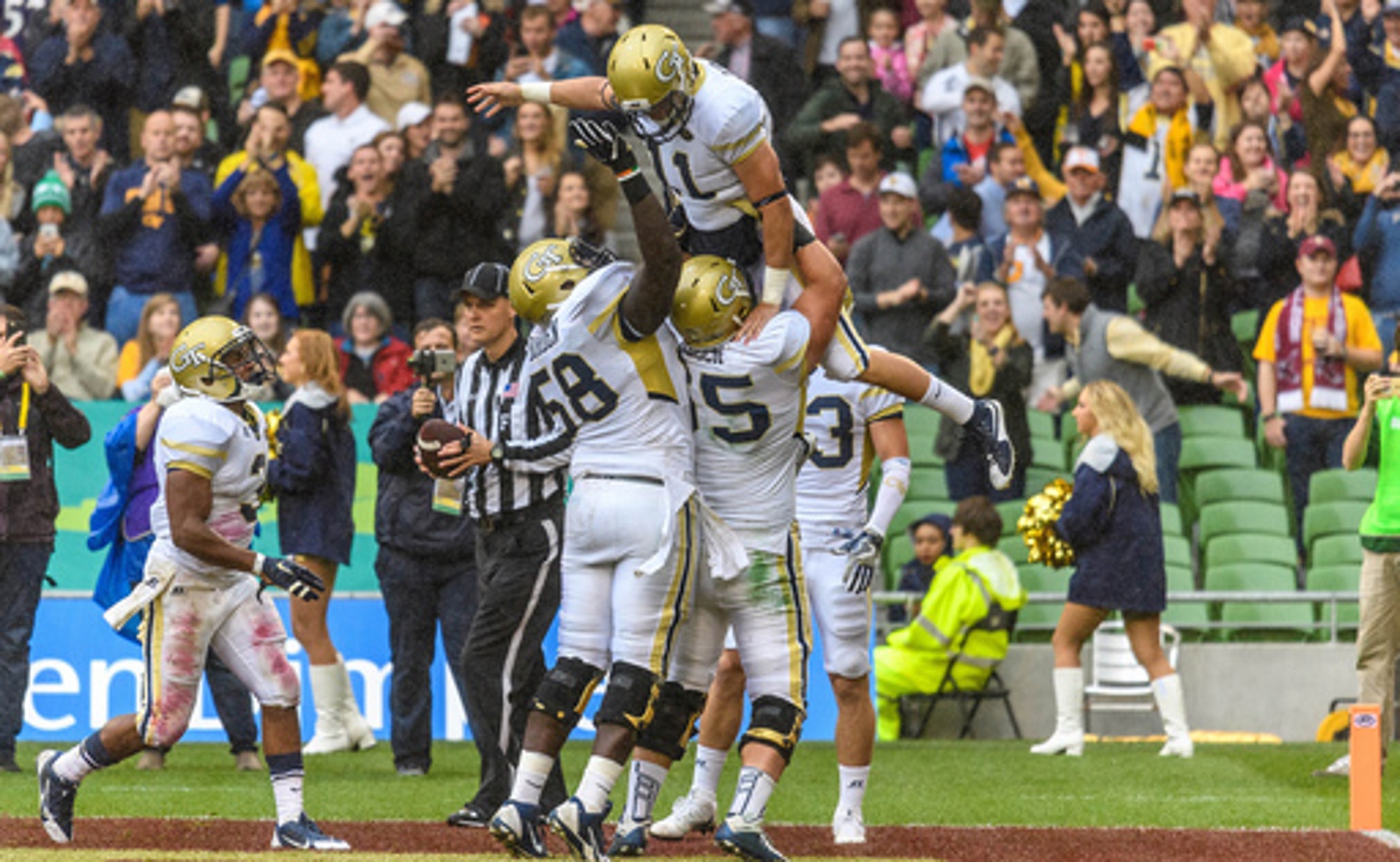 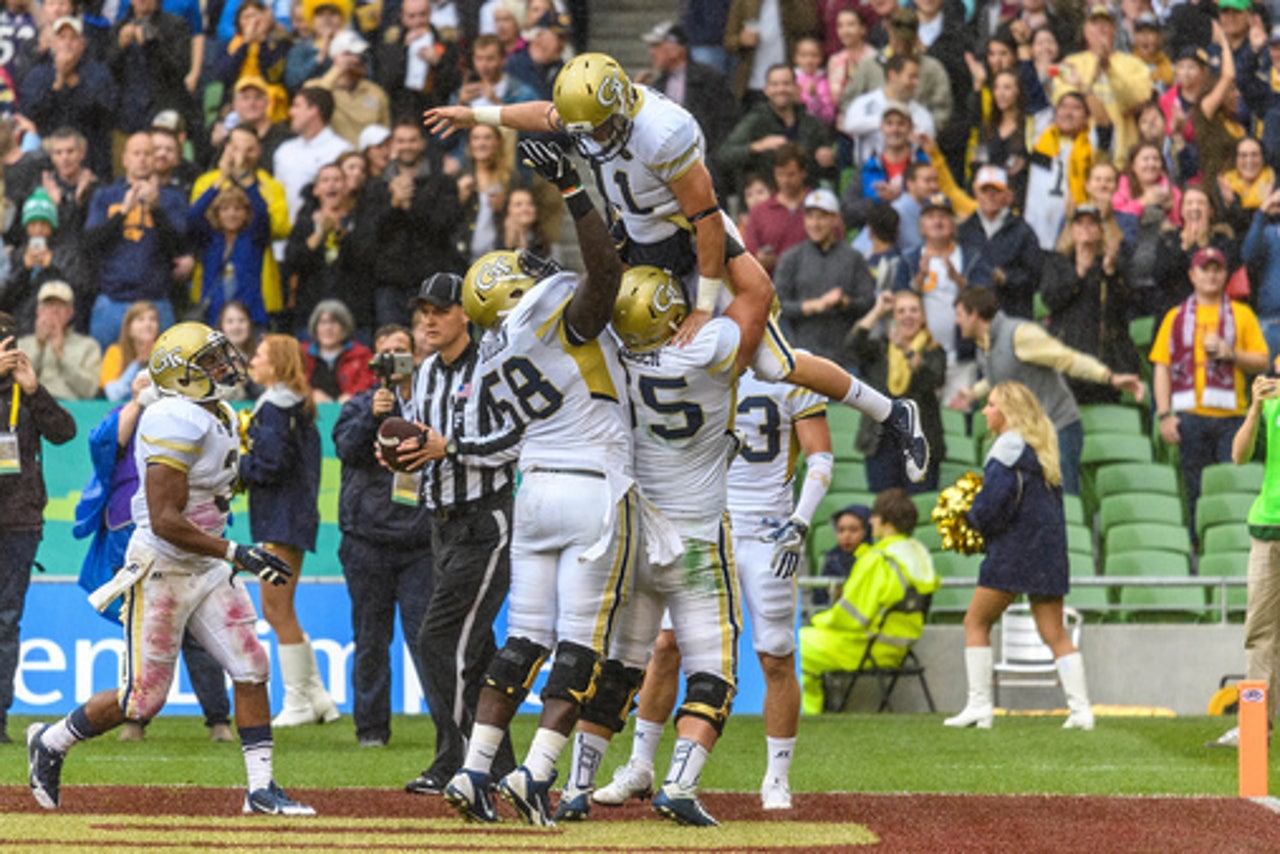 Justin Thomas threw two key completions on the go-ahead drive. The senior passed to Qua Searcy for 22 yards on a fourth-and-19 play and found Ricky Jeune for 26 yards on third down.

Georgia Tech (1-0, 1-0 Atlantic Coast Conference) won its first game played outside of the United States in the 124-year history of the program. Mills led the Yellow Jackets with 68 yards rushing.

It was a crushing loss for Boston College (0-1, 0-1 ACC), which was winless in conference games in 2015. The Eagles took a 14-7 lead on quarterback Patrick Towles' 6-yard touchdown run early in the fourth quarter.

Towles, a graduate transfer from Kentucky making his first start for the Eagles, threw an interception and lost a fumble in the first half.

Jon Hillman's 73-yard touchdown run on the Eagles' first play of the second half tied the game at 7-7.

The game, which had a 7:30 a.m. EDT kickoff, was played through rain, leaving the grass turf at Aviva Stadium slippery.

Boston College: The Eagles' defense, which led the nation in 2015 by allowing only 254.3 yards per game, looked strong again before Georgia Tech's go-ahead drive.

Georgia Tech: The Yellow Jackets will face FCS in-state rival Mercer for the first time in 75 years. The first game in Georgia Tech history came against Mercer on Nov. 5, 1892, and the teams' last game came in 1938. Mercer revived its program, which had been dormant for 72 years, in 2013.

Boston College: The Eagles will take a break from the ACC schedule when they look for their ninth straight win over in-state rival UMass. The last win for UMass in the series came in 1978.