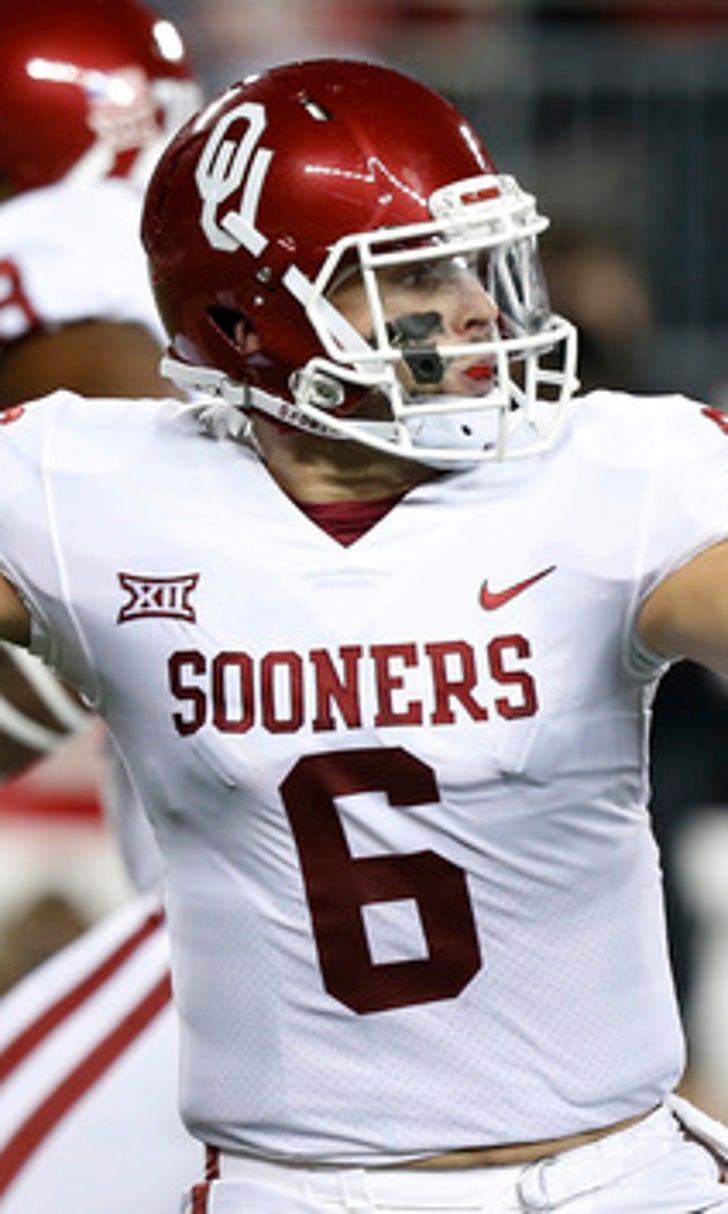 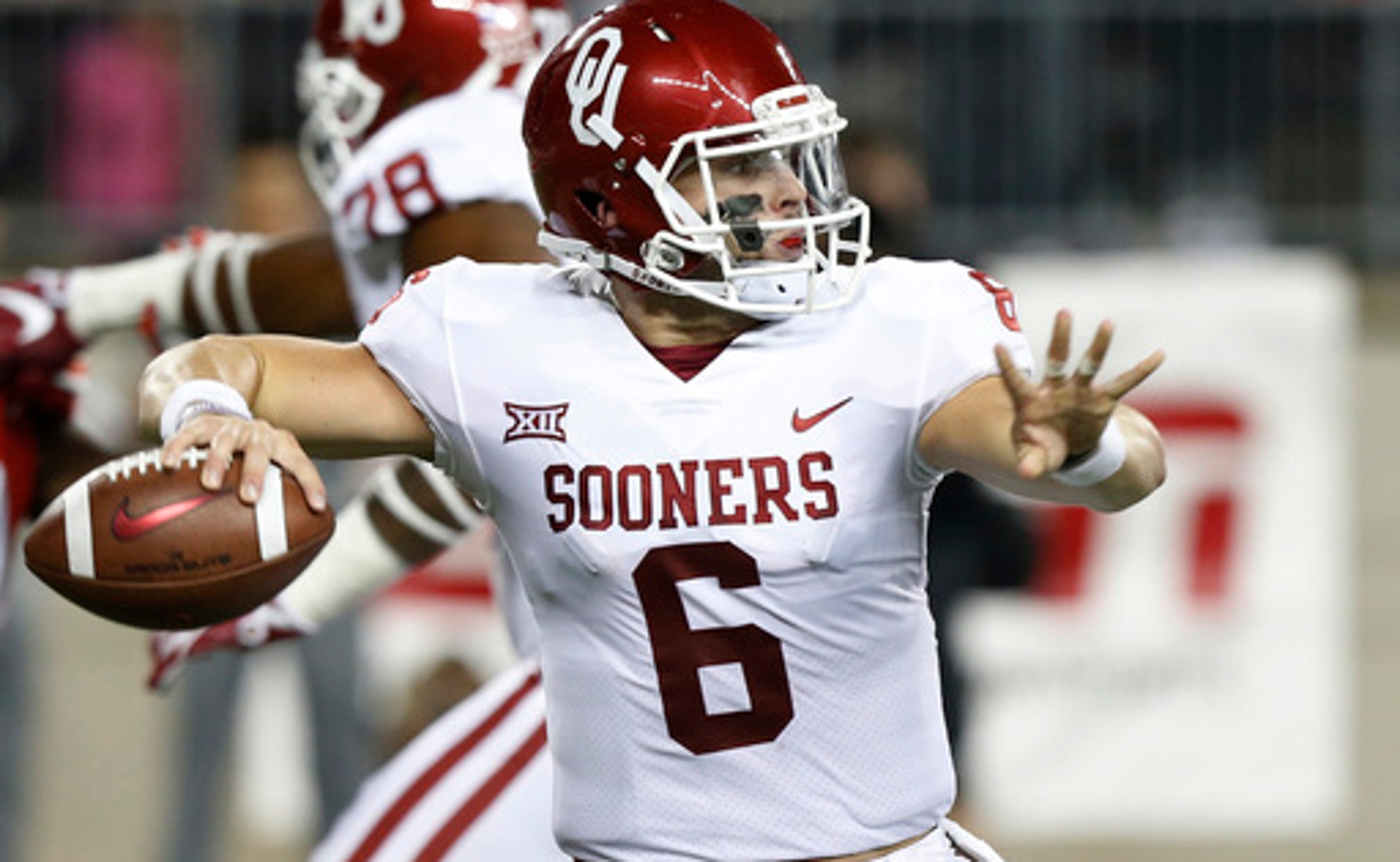 COLUMBUS, Ohio (AP) After dismantling Ohio State on the road Saturday night, Oklahoma quarterback Baker Mayfield sprinted around the field waving a Sooners flag before stopping to emphatically plant it in the middle of the huge block ''O'' at midfield as his teammates cheered.

Mayfield figured he owed it to the Buckeyes, who beat up the Sooners in Norman last year and then stuck around to embarrass them by singing the Ohio State alma mater on the field. This time, Mayfield flipped the script, looking the part of a Heisman Trophy candidate in leading the No. 5 Sooners to a 31-16 thumping of the sluggish and mistake-prone No. 2 Buckeyes at Ohio Stadium.

''We should have won by more,'' Mayfield said.

Ohio State's title hopes didn't evaporate, but the Buckeyes (1-1, 1-0 Big Ten) will have to solve myriad offensive mistakes and play much better to get back in the hunt for the College Football Playoff. True freshman J.K. Dobbins again was a bright spot for the Buckeyes, rushing for 72 yards and a touchdown, but quarterback J.T. Barrett couldn't hit the big passes when he desperately needed them to extend drives. He often resorted to pulling the ball down and taking off himself.

Mayfield threw for 386 yards and three touchdowns in shifting the Sooners into overdrive and piling up the yards in the second half as the Buckeyes' offense sputtered. Oklahoma (2-0) took its first lead of the game near the end of the third quarter and cruised in the fourth, giving first-year head coach Lincoln Riley an early signature victory.

''We never got down, even with the ebbs and flows of the game,'' Riley said. ''We just stayed in it. We competed at a high, high level. We expected to win this game.''

A week ago, Mayfield was 19 of 20 passing and threw for 329 yards and three touchdowns in one half of work as the Sooners beat up on UTEP. He was sharp again against Ohio State, hitting 27 of 35 passes and tossing TD passes to Dimitri Flowers, Lee Morris and Trey Sermon.

Meanwhile, Ohio State quarterback J.T. Barrett couldn't hit the big passes when he desperately needed them to extend drives. He often resorted to pulling the ball down and taking off himself after not finding an open receiver.

''It was awful,'' coach Urban Meyer said. ''We got beat by a very good team and a quarterback that was dynamic. I thought our defense hung in there against, like I said, a very good player.''

Oklahoma avenged the Buckeyes' 45-24 win in Norman last year. Barrett didn't look anything like the quarterback who tossed four touchdown passes in that game, as Ohio State lost at home Saturday for the first time since Nov. 21, 2015. He was 19 for 35 for 183 yards.

Ohio State: History shows that an early season loss to a top five team doesn't always spoil playoff hopes, but the Buckeyes face a much tougher road to get back there. They showed they are still susceptible to killer mistakes that need to be corrected if they expect to win out.

''We'll grow from it,'' Barrett said. ''Nobody points fingers. Own up to it and get to work tomorrow.''

Oklahoma: The Sooners will move up at least one spot.

Ohio State: The Buckeyes will drop, but should stay in the top 10.

Ohio State was plagued by the same problems with the passing game that has tripped it up since last season. Receivers had trouble getting open and when they did, Barrett couldn't get the ball into their hands. He was intercepted by Parnell Motley in the fourth quarter, allowing the Sooners to score a minute and 40 seconds later on a 3-yard run by Jordan Smallwood to make it 31-13. Meyer said there was plenty of blame to go around.

''I'm going to make it perfectly clear, there's not a bull's eye on J.T. Barrett,'' Meyer said. ''It's part of the system and a group that have to get better....We've got to get the damn thing fixed, and we will.''

''We've been really focused this week. Our preparation was great. It's about putting it all on the line and doing your job.'' - Mayfield.

Ohio State: After two tough games to start the season, the Buckeyes face Army at home next weekend.