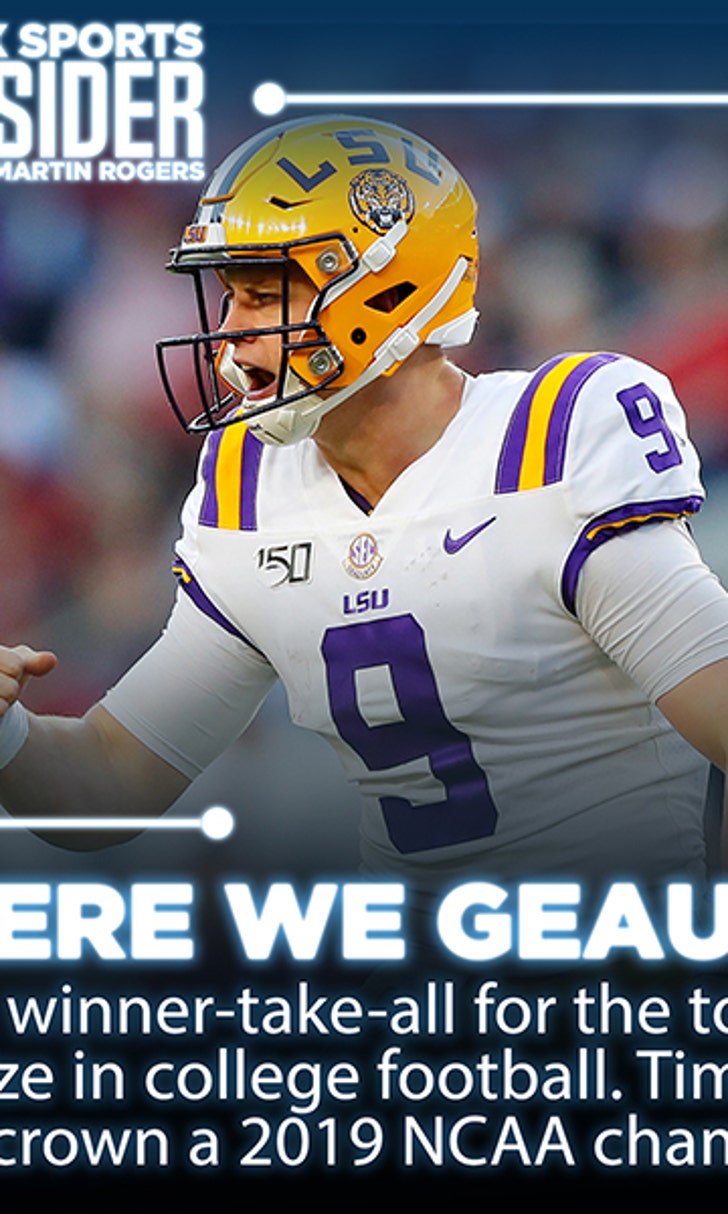 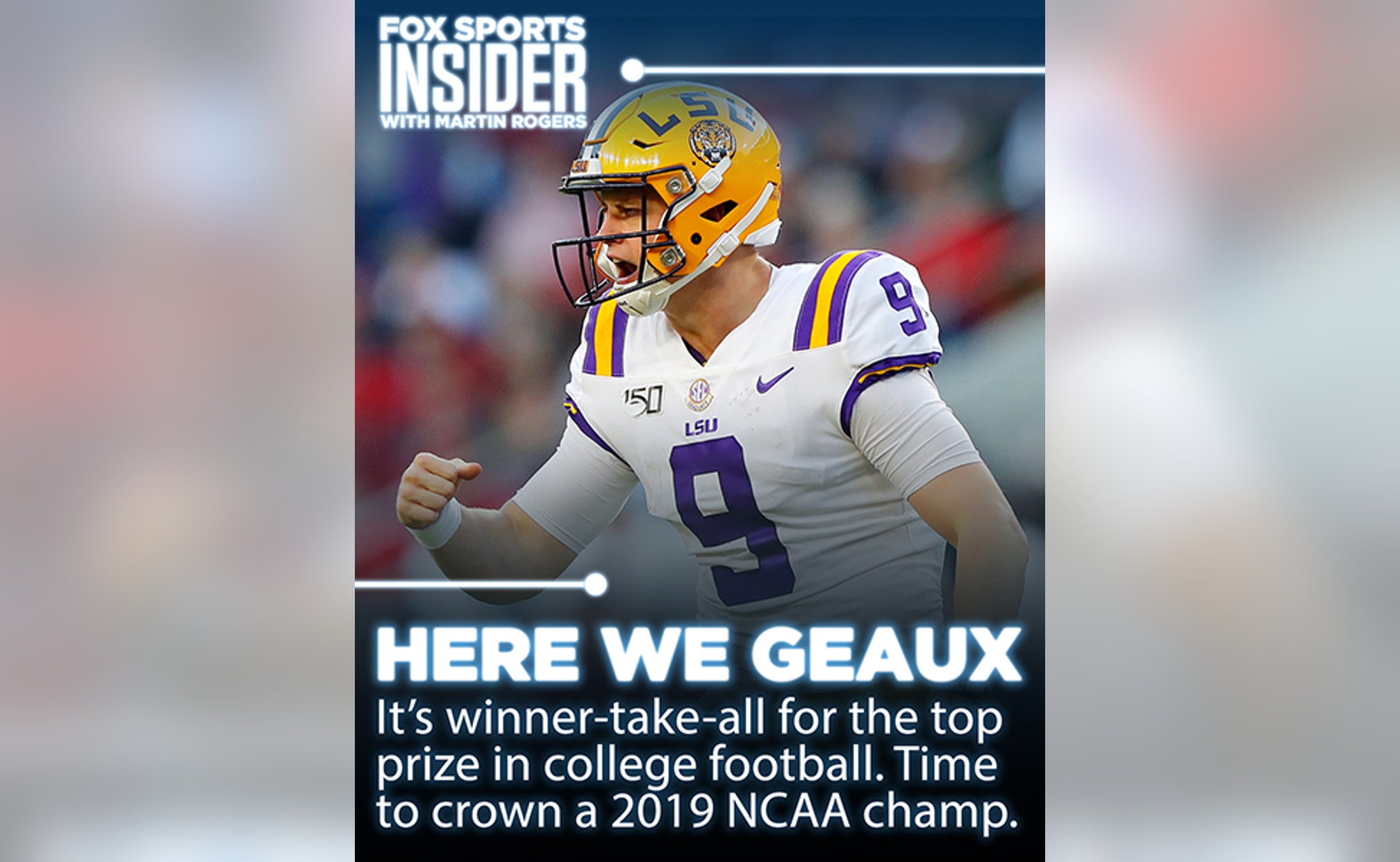 LSU vs. Clemson is the perfect end to the thrilling 2019 CFB season 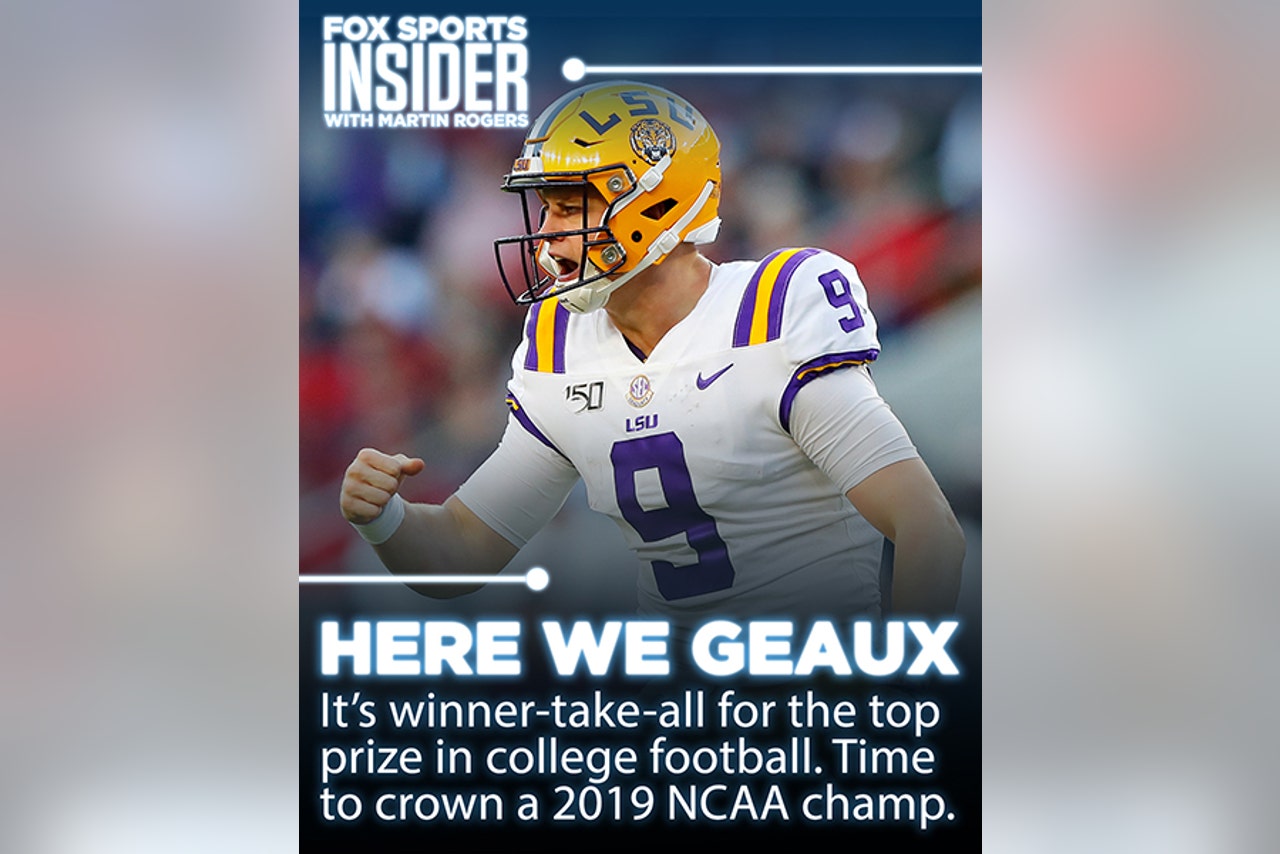 The biggest argument of all gets settled in college football on Monday night; the one that is the primary reason behind every complicated machination that makes the sport what it is.

Ultimately, we don’t have polls and rankings and power conferences and all the rest of it to figure out the 25th best team in the United States. We have it to find the best one; to ultimately boil 130 FBS teams down to a single champion, with all those games, all those months, and all that conjecture coming to a head at the Mercedes-Benz Superdome in New Orleans.

It features a pair of teams called the Tigers, both of whom (somewhat incorrectly) claim to hail from Death Valley, and still no consensus on who is the king of the college football jungle — until the game clock hits zero.

It comes at the end of a dramatic season with no shortage of storylines, but LSU vs. Clemson is the right showdown to top it all off, a battle between dueling programs that started off good and continued to get better.

There is stardust to top the bill, too, with Joe Burrow and Trevor Lawrence looking very much like quarterbacks that we will be watching do prolific things on Sundays for many years to come.

“Football, whether it is high school, college or pro, is a quarterback-driven sport and it is not ironic that (the national championship has) the two best quarterbacks in the game,” legendary coach and FOX college football analyst Urban Meyer said. “The first (pick) in the draft of this year — probable — in Joe Burrow, and then also Trevor Lawrence for next year. That is the intriguing matchup.”

But there is a lot more to it than which stud will hurl the ball truer and cleaner.

LSU and Clemson had markedly different paths coming into this game that have shaped each of them. Clemson came in as the defending national champion and riding the requisite hype that inevitably goes along with it. Yet fueling their surge was also a measure of public disrespect that grew and festered and ultimately was proven incorrect.

Criticism of the team’s soft schedule sprang up early, gaining traction when Dabo Swinney’s men squeezed past North Carolina by a single point on Sept. 28. Yet while a different non-conference slate could have been put into motion, it’s hardly Clemson’s fault that the ACC is going through a gloomy down period ... apart from, you know, the fact that it has sent a team to the national title game four of the last five years.

When the going got tougher, Clemson sprung into life. In the ACC championship, No. 24 Virginia was dispatched with zero fuss, on the receiving end of a 62-17 beating. Over the course of the campaign, Swinney had grown frustrated as the Tigers slipped down the polls and were third in the rankings by the time the committee made its final choices.

Yet for all of Ohio State’s yearlong excellence, it was Clemson that stood tall in the semifinal, surviving an evening of simmering tension to come from behind and move to within one game of a third national title in 36 months.

While the regular season tests were limited, Clemson has proven one thing beyond all doubt: that it relishes the biggest of stages, when everything is on the line.

FOX CFB lead analyst Joel Klatt had glowing comments for Clemson, the team that continued to render moot the talking points against them.

“Clemson didn’t start off playing great, and they did have that weak schedule,” Klatt told me in a phone conversation. “For me, Ohio State really started to figure them out and laid a pretty good blueprint for LSU to follow. What people say about Clemson is definitely a rallying cry for them and they are trying to use that to their advantage. But it can also be true. Their schedule was weak, no question. But here they are, and credit to them.”

Former Heisman Trophy winner and FOX analyst Matt Leinart agreed with Klatt’s assessment. “I have a feeling I’m in the minority here, but I’m going (with) Clemson for the upset,” Leinart said. “We can talk Xs and Os and how you’re going to slow down Joe Burrow, but you cannot teach the championship mindset of Dabo Swinney and Trevor Lawrence.”

Talking of upsets, FOX Bet has Clemson as a five-point underdog and +170 to win outright. They’ll be playing from underneath in the eyes of most fans, which is a rare position for them.

LSU’s route was undeniably more dramatic, as it had to not only survive, but thrive in the shark-infested waters of the SEC.

For Ed Orgeron’s squad, there were a series of statement games that took his team’s reputation from being one of a promising outsider to what has more closely appeared to be an unstoppable juggernaut of late.

There was an opening statement in getting past Florida by a pair of touchdowns; a noteworthy statement of toughness against Auburn; and then the granddaddy of all statements by toppling Alabama in a game far more lopsided than the 46-41 scoreline suggested.

The confidence only grew from there, as Klatt pointed out. “As LSU has gotten healthier on defense, the more their defense has started to dominate. When you add that to the fact that they already had the best offense in the country, that sent them off the charts.”

Just as Swinney has shown that you can be fun and quirky, yet still be a football coaching genius, Orgeron has taken his troops on a smile-packed journey to the verge of destiny.

Orgeron has simply gotten it done. His personality is as colorful as they come — everyone he has met has their favored Coach Ed tale of choice, and they are kooky, bizarre, and mostly riotously funny.

But he is serious about the business of football, and there can be no argument with what he has pieced together to lay the foundation for this season.

Except, of course, for the only argument that truly matters in college football — the only that gets settled on the field, and the one that we will find the answer to — on Monday night.

Enhance your CFB Playoff experience with the FOX Sports National Championship Watch Party! Click here at 8 p.m. ET to watch a live feed of Joel Klatt, Reggie Bush and Mike Pereira watching LSU vs. Clemson in real time and answering your questions about all things college football. And you can reply to this tweet to submit your burning questions ahead of time.