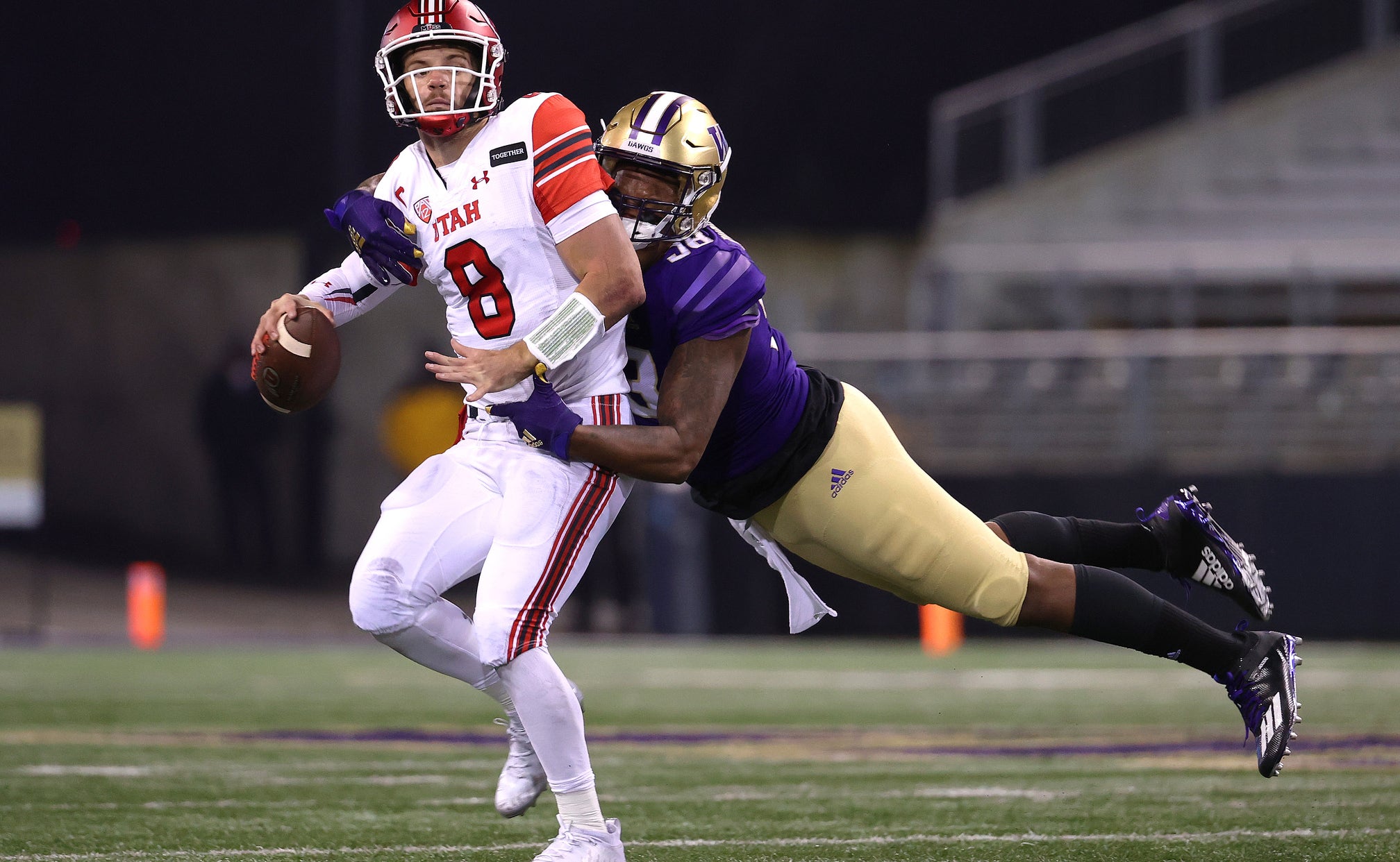 For some teams, this is the final weekend of regular-season play in college football. With two weeks remaining before the conference title contests Dec. 19, there are a lot of things to get settled in the race for the College Football Playoffs.

Saturday will feature a Pac-12 clash in Seattle that could decide who represents the North Division in the conference championship game. Plus, there's the meeting of SEC rivals Alabama and LSU in Baton Rouge -- a rescheduled game that is a rematch of one of the most thrilling games of 2019 and one of the crucial moments in the Tigers' march to the national title.

Those games highlight this week's FOX Bet Super 6 slate, and you could take home $25,000 by correctly predicting the winners and their margins of victory. Download the FOX Super 6 app and make your picks today.

Here's a breakdown of this week's six contest:

Things are always bigger in Texas – including coaching speculation. And the buzz is that the Longhorns' Tom Herman might be coaching for his job in the next two weeks, as Texas has disappointed again in its quest for the Big XII title.

Despite Texas' three-loss season, Sam Ehlinger is still a dynamic quarterback who would be in the short conversation for most talented QBs in the country. Meanwhile, Kansas State has lost four straight and had trouble on both sides of the football. Freshman QB Will Howard has shown glimpses (six TD passes) for Kansas State, but needs to take better care of the football (eight interceptions).

The Aggies didn’t blow the doors off LSU last week, but QB Kellen Mond and the offense did enough to earn a 20-7 victory that kept Texas A&M in the hunt for the College Football Playoff. Mond has thrown for 16 touchdowns and just two interceptions this season, while Isaiah Spiller has rushed for six scores.

Auburn was blown out as expected in the Iron Bowl and dropped out of the Top 25. The Tigers need this victory to still crack one of the top tiers bowls within the SEC and could provide a test for the visiting Aggies.

The first of back-to-back road games for the Cowboys, with a possible matchup against Iowa State in the Big XII championship game likely hanging in the balance. Still smarting after getting shellacked by Oklahoma two weeks ago, Oklahoma State rode the legs of running back Dezmon Jackson to a 50-44 victory over Texas Tech last week in its home finale. Jackson had 36 carries, 235 yards and scored three TDs.

TCU appears to be getting back on track after routing Kansas to win its third game in the last four. This is a danger game for Oklahoma State.

The title of "second in the Big Ten behind Ohio State" is on the line as the surprising Hoosiers face off against the perennial power Badgers. Indiana goes into this game without starting quarterback Michael Penix Jr., who is out for the year with a torn ACL in his right knee. Despite losing its dynamic QB late in the third quarter, Indiana got three TDs from Stevie Scott III in a 27-11 victory over Maryland last week.

Meanwhile, Wisconsin’s will play its first game since a loss to Northwestern and a cancellation against Minnesota, which made them ineligible for the Big Ten championship game in two weeks in Indianapolis. Wisconsin will only play five games, one short of the Big Ten mandate.

Washington’s path to the Pac-12 title is clear after the Huskies stayed unbeaten by rallying from a 21-0 halftime deficit to defeat Utah 24-21 last week in Seattle. The Huskies are the only unbeaten team in the North, despite not having to play a road game yet in 2020.

UW holds a half-game lead over Oregon (3-1) in the North race after the Ducks were stunned by rival Oregon State 41-38 last Saturday in Corvallis. The Huskies travel to Eugene for a showdown with the No. 23 Ducks on Dec. 12. Redshirt freshman QB Dylan Morris rallied Washington with three TD passes after his three interceptions helped dig a big hole against the Utes.

Defense has been the story for Washington, led by All-America candidate Elijah Molden at safety and Zion Tupuola-Fetui, who leads the conference with seven sacks.

Stanford picked up its first win last week by squeaking out a 24-23 victory over California in "The Game." The Cardinal escaped with Cal missed a potential game-tying extra point in the final minute.

The Cardinal practice during the week in Seattle after being displaced from Northern California due to restrictions because of the COVID-19 virus. Quarterback David Mills has thrown for 532 yards and two TDs in his two starts for David Shaw's squad.

Alabama is a 29½-point favorite going into this SEC clash -- the largest spread a defending national champion has ever faced. But this could be the game that provides an exclamation point in the Heisman campaign for Tide QB Mac Jones, who has completed 76 percent of his passes and thrown 23 TD passes.

Myles Brennan has had a fine year for the Tigers, throwing 11 TD passes with just three picks. The problem for the Tigers is they haven’t been able to consistently gain yards on the ground. In 245 attempts, the Tigers are only averaging 3.2 yards per carry.

Download the FOX Bet Super 6 app today and start picking these six games for free. You could win $25,000.