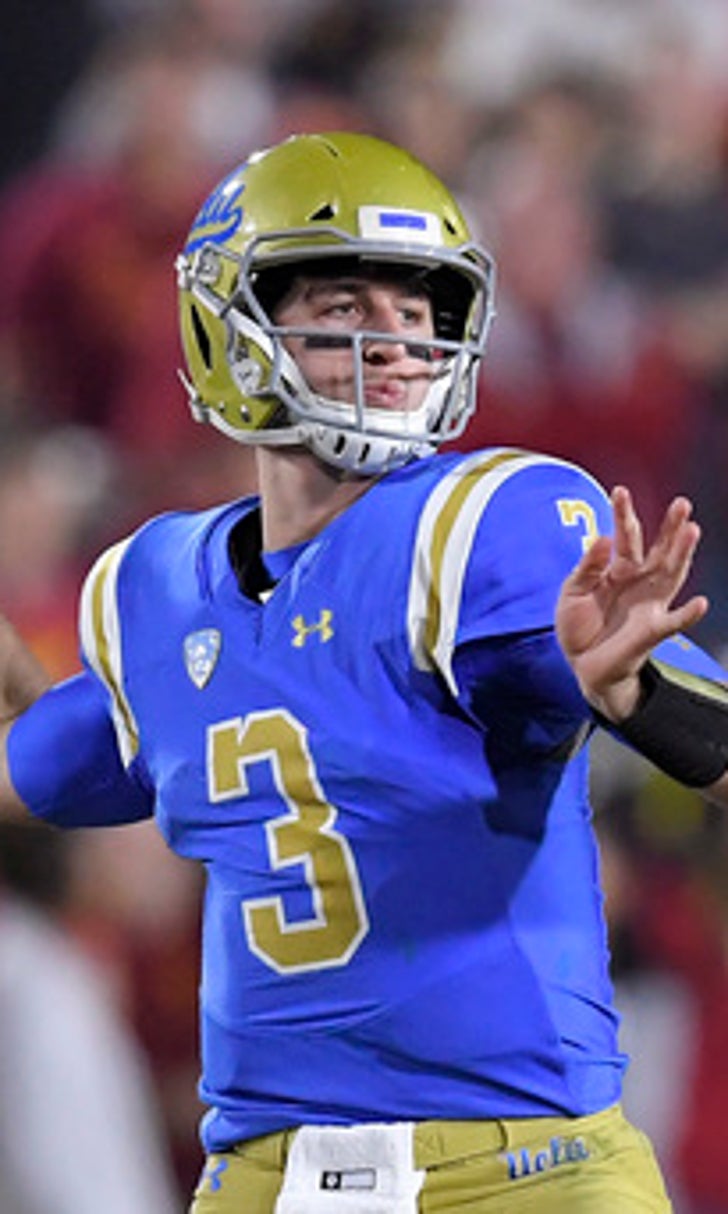 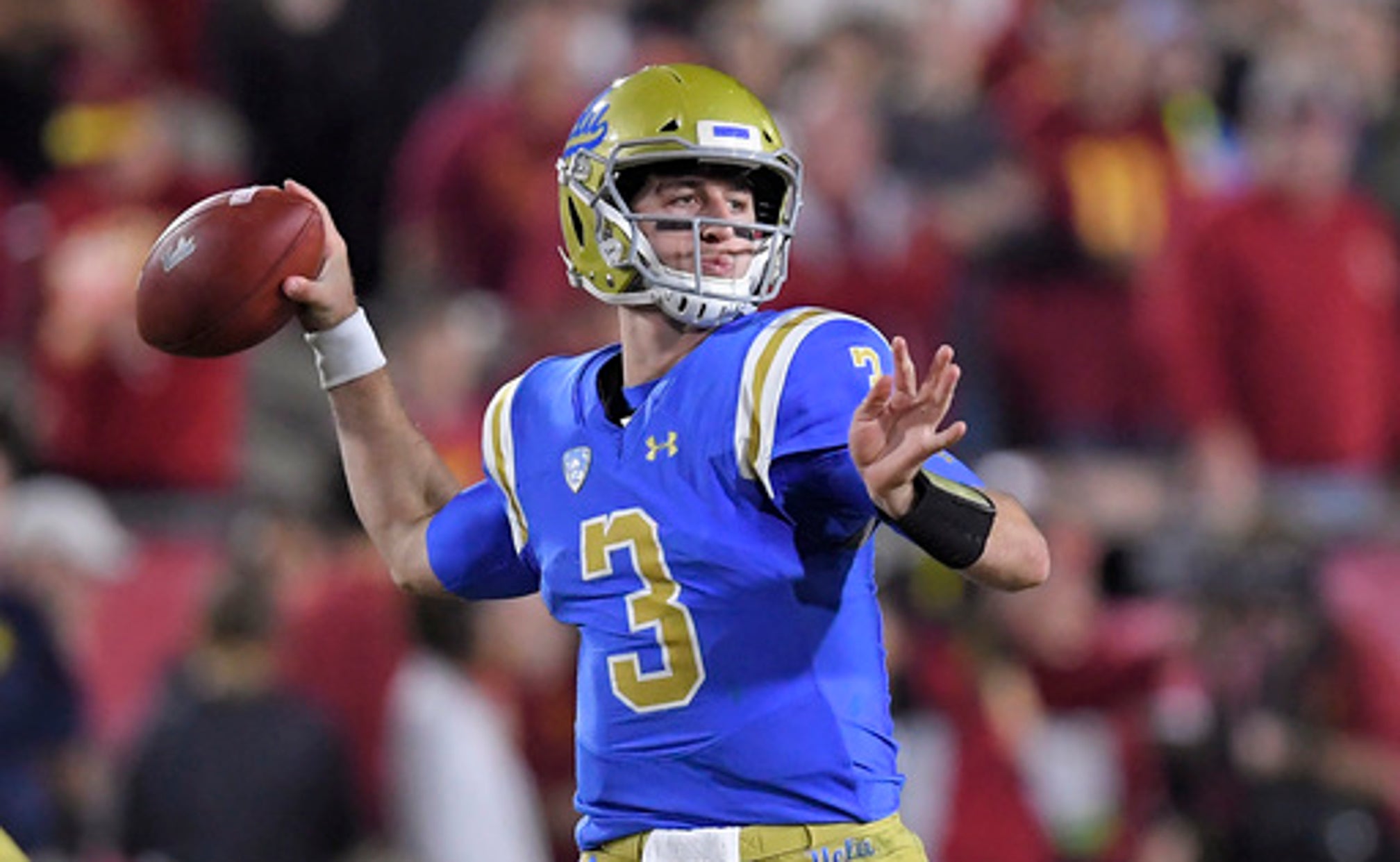 Within 30 minutes of one another, UCLA quarterback Josh Rosen and Southern California quarterback Sam Darnold announced they will enter the NFL draft.

The Los Angeles rivals have a chance to be the first two quarterbacks taken and possibly among the first few players off the board in April.

Rosen's decision was no surprise. He has started for UCLA since his freshman season, though injuries cost him most of his sophomore year and this season he did not play in the Bruins' Cactus Bowl loss against Kansas State because he was being treated for a concussion.

He passed for 9,301 yards with 59 touchdown passes and 26 interceptions in his college career, but UCLA never even so much as won a bowl game during his time there. He was close to fired UCLA coach Jim Mora. but Rosen said he discussed his decision with new Bruins coach Chip Kelly. After playing for three offensive coordinators in three seasons at UCLA he decided to move one. In his statement, Rosen said attending UCLA was "the best decision of my life." He also promises his mother that he'll return to Westwood to finish his degree.

There was more uncertainty about Darnold . He was a third-year sophomore this past season after sitting out as a redshirt as a freshman.

Darnold took over as the Trojans' starting quarterback four games into last season as a redshirt freshman. He won the Rose Bowl in his first season with a record 453-yard, five-touchdown performance against Penn State, and he led the Trojans to their first Pac-12 championship since 2008 this season. He passed for 7,229 yards with 57 touchdown passes and 22 interceptions in 27 games behind center for the Trojans.

Brown is the son of the late former NFL player Orlando Brown, who was nicknamed Zeus and played for the Baltimore Ravens. The younger Brown is 6-foot-8 and 345 pounds, and an All-American this season.