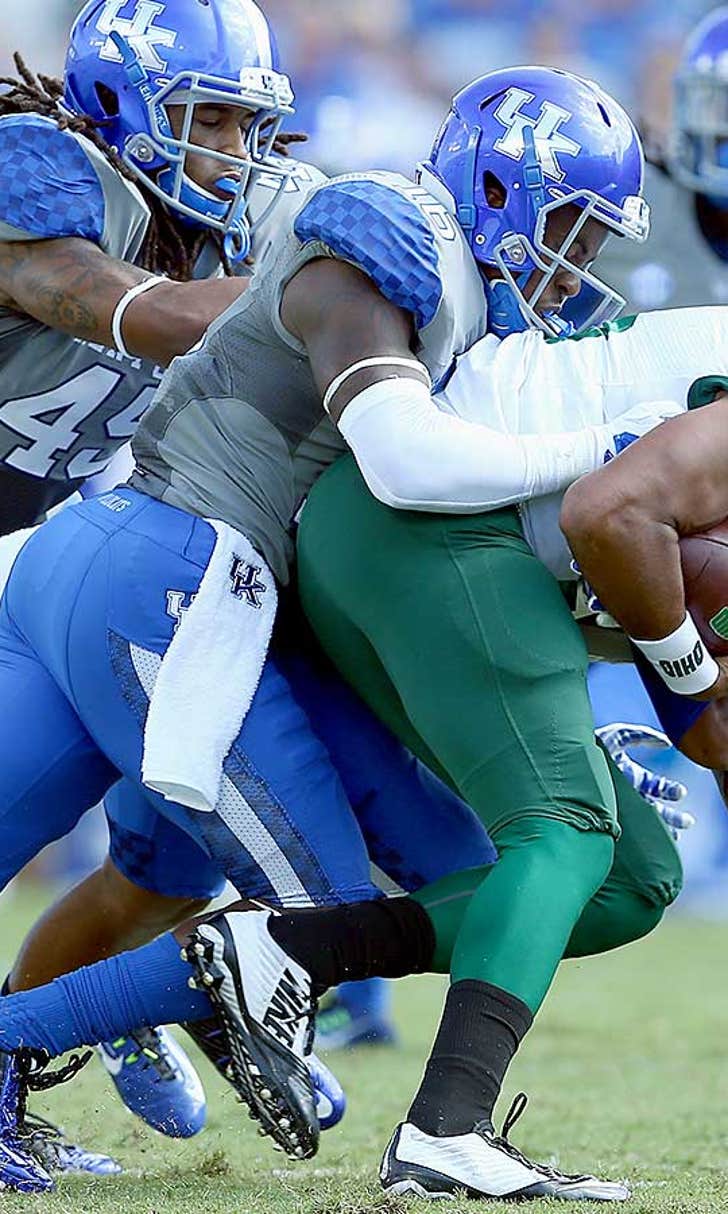 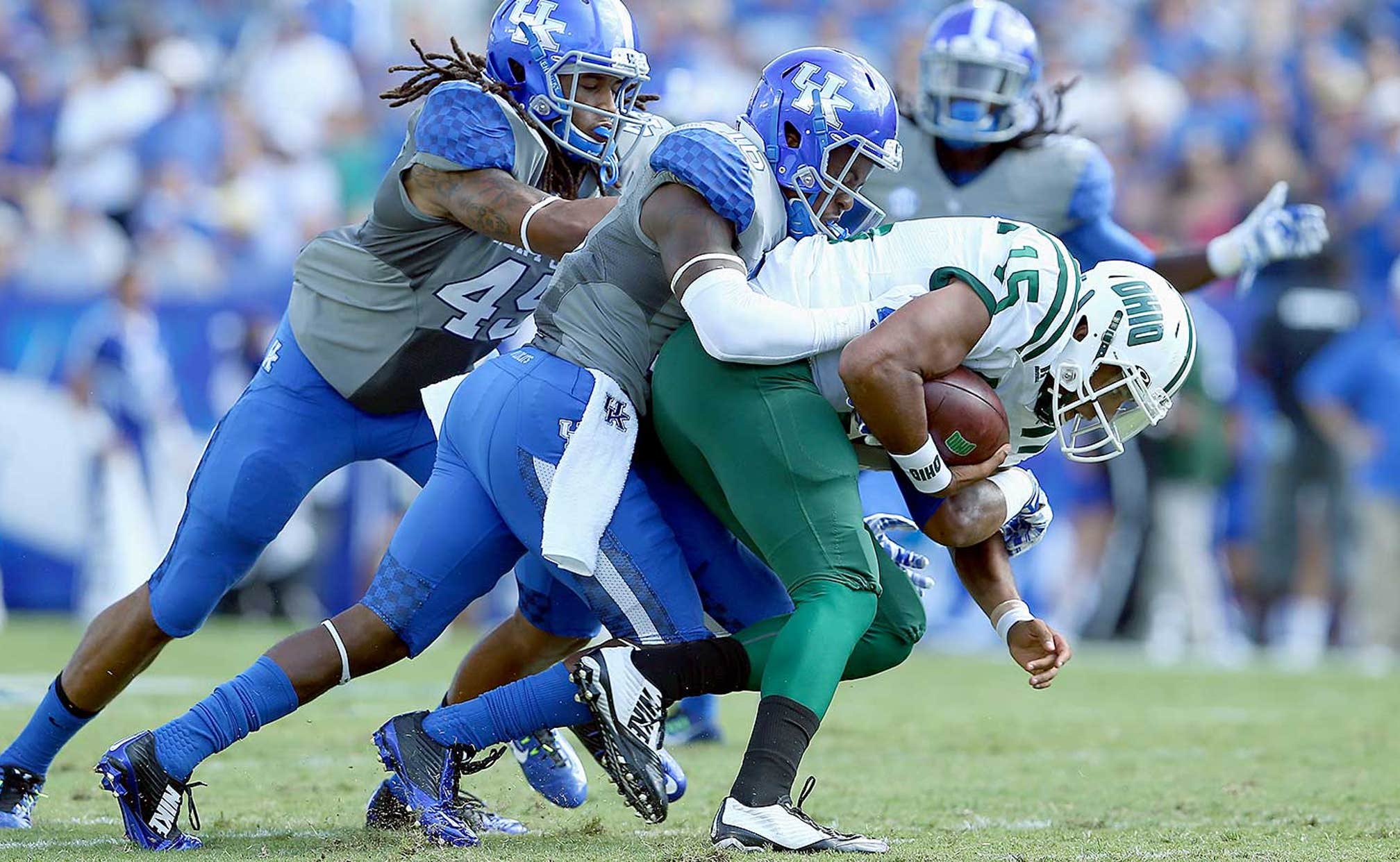 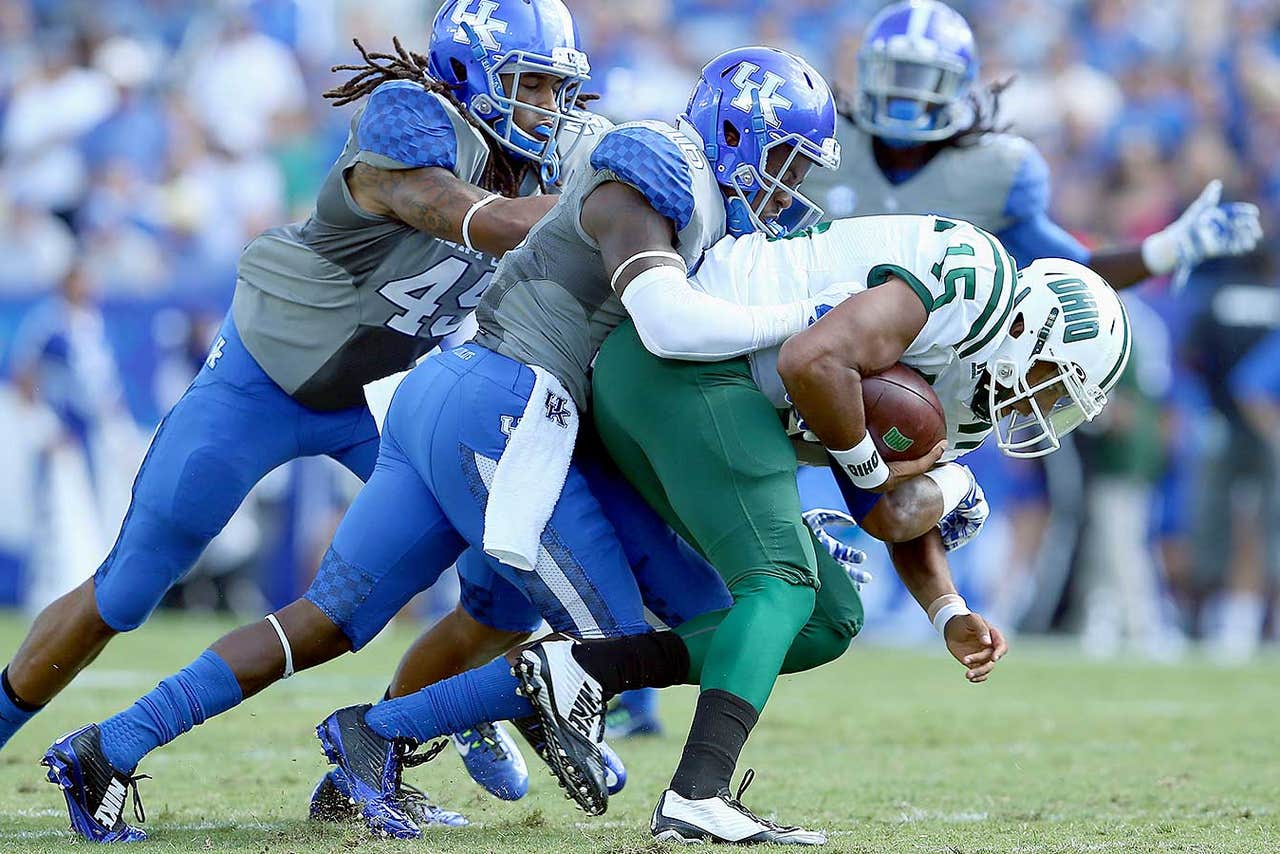 The disappointing career of Kentucky defensive end/outside linebacker Jason Hatcher has come to an unfortunate close.

Via a report from the Courier-Journal, Hatcher has been dismissed from Kentucky's football program due to a recent arrest on multiple charges. The soon-to-be senior was pulled over for speeding. When the police officer approached the car, it was reported that a strong odor of marijuana emanated from the vehicle. A pound of marijuana was then found within the car.

It's truly been a tumultuous last three seasons for Hatcher in Lexington. After committing to Southern Cal in high school, the then-elite prospect out of Louisville decided to stay home and play in his home state.

During his time in the program, Hatcher was never able to realize his immense athletic ability. He was a spot-starter at times, and flashed moments of brilliance. However, his time at Kentucky unfortunately will be characterized by an inconsistency as a player, and off-the-field issues.