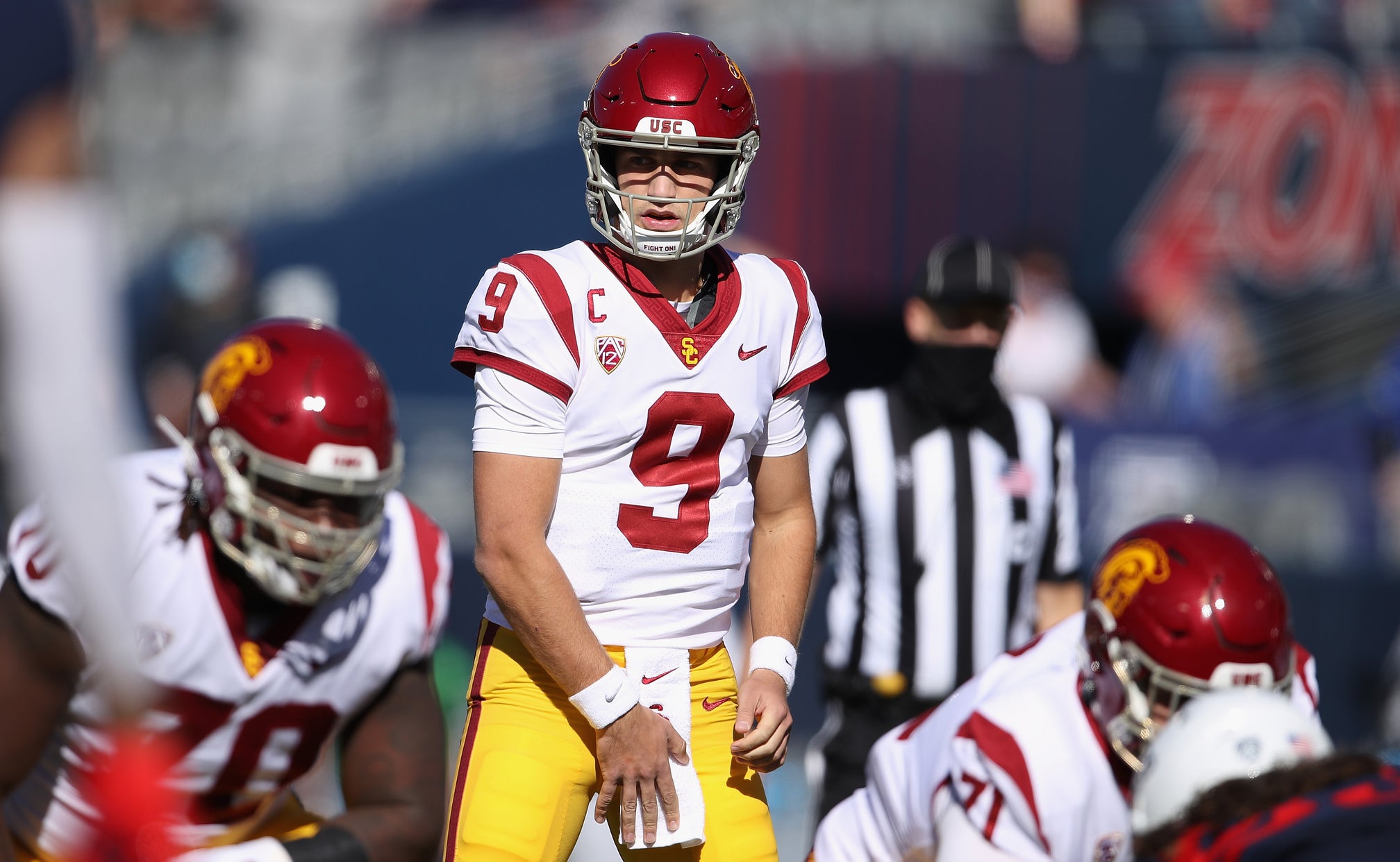 In need of a fourth quarter comeback?

Call on USC quarterback Kedon Slovis, who has now pulled off that very feat in consecutive weeks – against Arizona State and Arizona – to guide the Trojans to a 2-0 start on the season.

And after such late-game dominance, FOX Sports college football analyst and former USC superstar Reggie Bush named Slovis his Playmaker of the Week.

Finding that extra gear late in the game is no small feat, and Slovis discussed what the undefeated start means for the Trojans and where the squad needs to improve moving forward.

"Obviously, we've got a lot to clean up and have to play a lot better. But it is promising to come away with a win when you play badly."

And Slovis, as leader of the offense, shouldered the blame for the team's struggles when it comes to playing clean football early.

"It really does start with me. I have to start playing better from the beginning and everything will work after that ... We have to execute on a consistent basis."

As games approach the fourth quarter, Slovis said he feels more confident and comfortable operating the offense, but as the season wears on and he gets more film on teams, Slovis believes will be ready to attack more efficiently out of the gate.

"I think as a quarterback, it's easier when you see a defense the entire day. I think by the fourth quarter, we have them pretty much figured out. We know what they are doing."

Up next for 'SC is a team that hasn't played a game this season, and mystery looms large on what the Utah Utes will bring to the table on Saturday.

But if recent history is any indicator, the Trojans are capable to tackling any challenge and defying the odds en route to victory.

Lurking Or Overlooked?
BYU is 9-0, but they're only 14th in the CFP rankings. And coach Kalani Sitake had thoughts on Breaking The Huddle.
19 hours ago

Tough To Go Against The Tide
Top-ranked Alabama has looked unstoppable. Can rival Auburn find any way to stop the Tide in Saturday's Iron Bowl?
22 hours ago

Happy Thanksgiving To The People
Before picking which sports stars should join the Thanksgiving dinner table, Charlotte Wilder thanks you, the sports fan.
23 hours ago