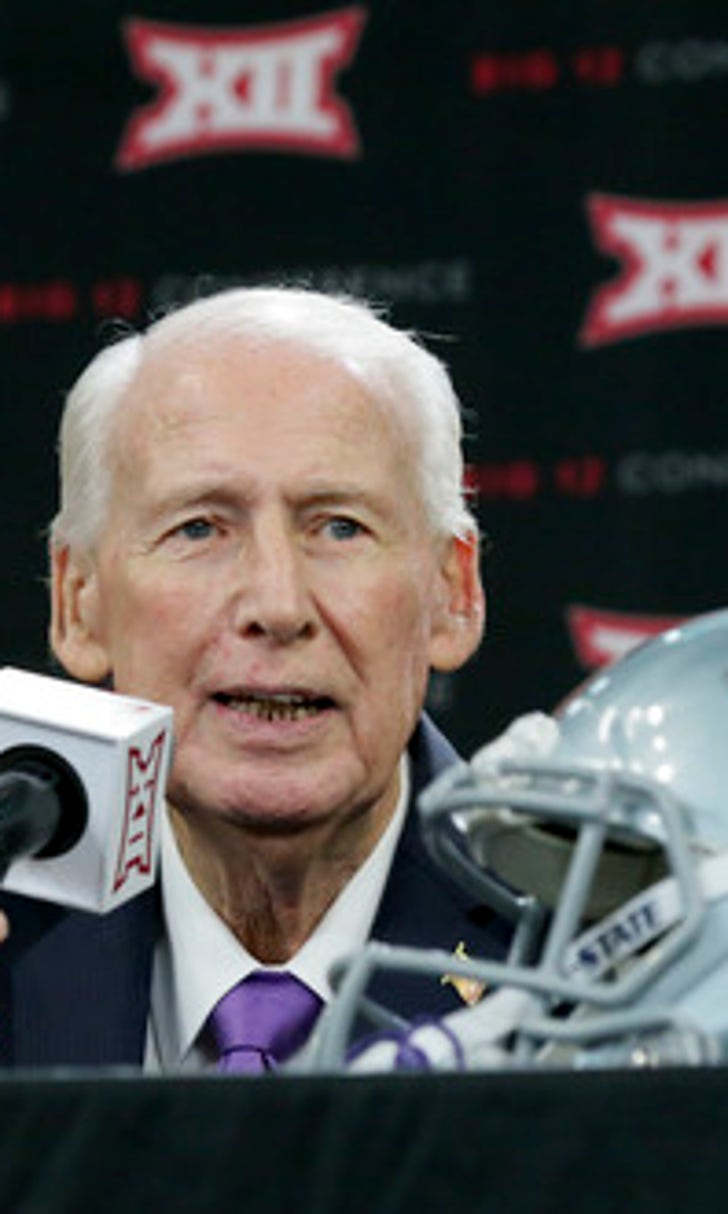 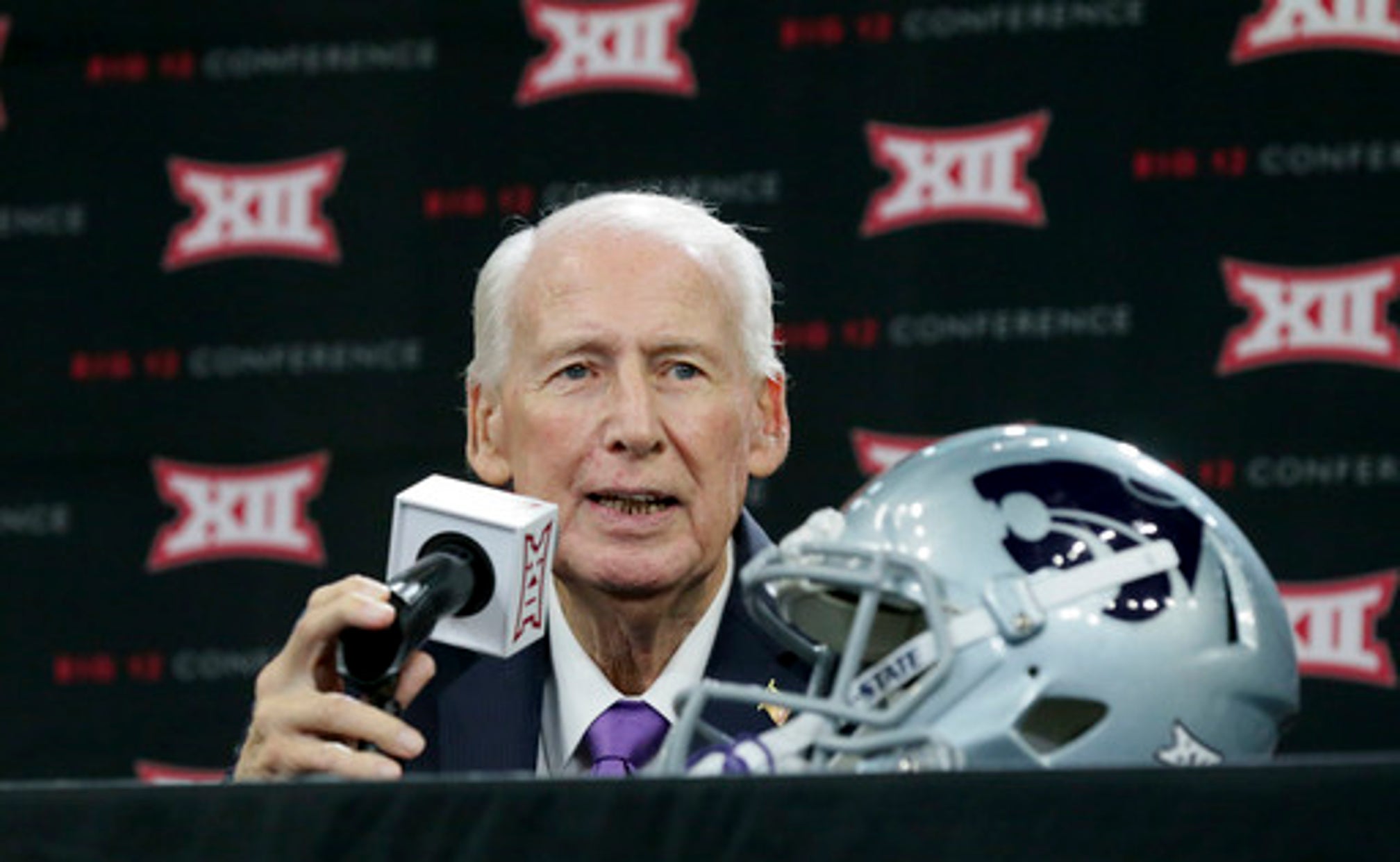 K-State's Snyder back for another preview and 'doing fine'

FRISCO, Texas (AP) Bill Snyder's age wasn't the first thing that occurred to Kansas State linebacker Trent Tanking when he got word that his coach needed treatment for throat cancer.

Tanking was mostly concerned with when the 77-year-old Snyder would be back.

''I think regardless of young or how old he is now, it's just, you worry for him,'' Tanking said Tuesday during Big 12 media days. ''You hope he does everything in his power to get back to you. He told us that. And he showed that he was coming back and that he was getting healthier, slowly getting his energy back.''

Snyder returned to preview his 26th season with the Wildcats, one with lofty expectations coming off a nine-win season that included a Texas Bowl win, and with most of the offense's production returning.

He much preferred to talk about those sorts of things in the biggest media scrum since his diagnosis was announced in January.

''Well, I'm doing fine,'' Snyder said. ''I mean, the recovery is ongoing, quite obviously, but I'm doing fine, getting around fine. Don't have any issues right now other than trying to prepare for the season. That's always an ongoing issue. That's 365 a year. Appreciate you asking.''

As expected, Snyder was a popular choice for commentary on the surprise departure of Oklahoma coach Bob Stoops, which led to the promotion of Lincoln Riley, now the youngest head coach in FBS at 33. Snyder retired after the 2005 season but came back after three years with the program struggling.

''I'm confident that he made the decision for the right reasons and that he's serious about the decision,'' Snyder said of Stoops, who won 10 Big 12 titles and a national championship in 18 seasons. ''You hear a lot about well, he's going to take a couple of years off and he's going to go back. I don't think so. That's not the way he feels right now. He's adamant that this is what he wants to do, and I believe that.''

The Wildcats were predicted to be also-rans in the past two preseasons, but are now up to third. Quarterback Jesse Ertz has a full season as the starter, and has a key returner in running back Alex Barnes.

''I'm not naive to the fact that the players certainly are going to pay attention to that,'' Snyder said. ''My caution to our players and to anybody that would listen would be not take anything for granted. You still have to do it.''

The way Ertz sees it, Snyder's demeanor and message haven't changed much amid the unusual offseason.

''We really share one same thing and that's the fact that we want to win,'' Ertz said. ''It doesn't matter how much we communicate or laugh together. At the end of the day we want to win and play football.''

And they're happy Snyder will be back on the sideline.