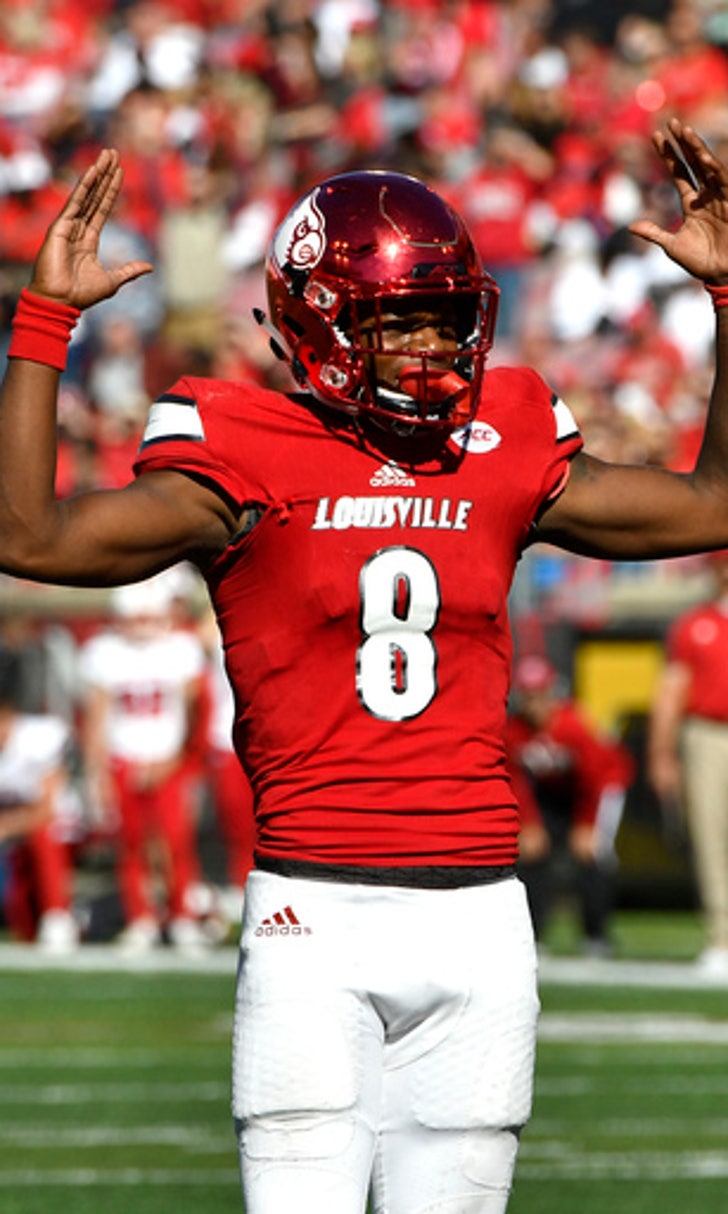 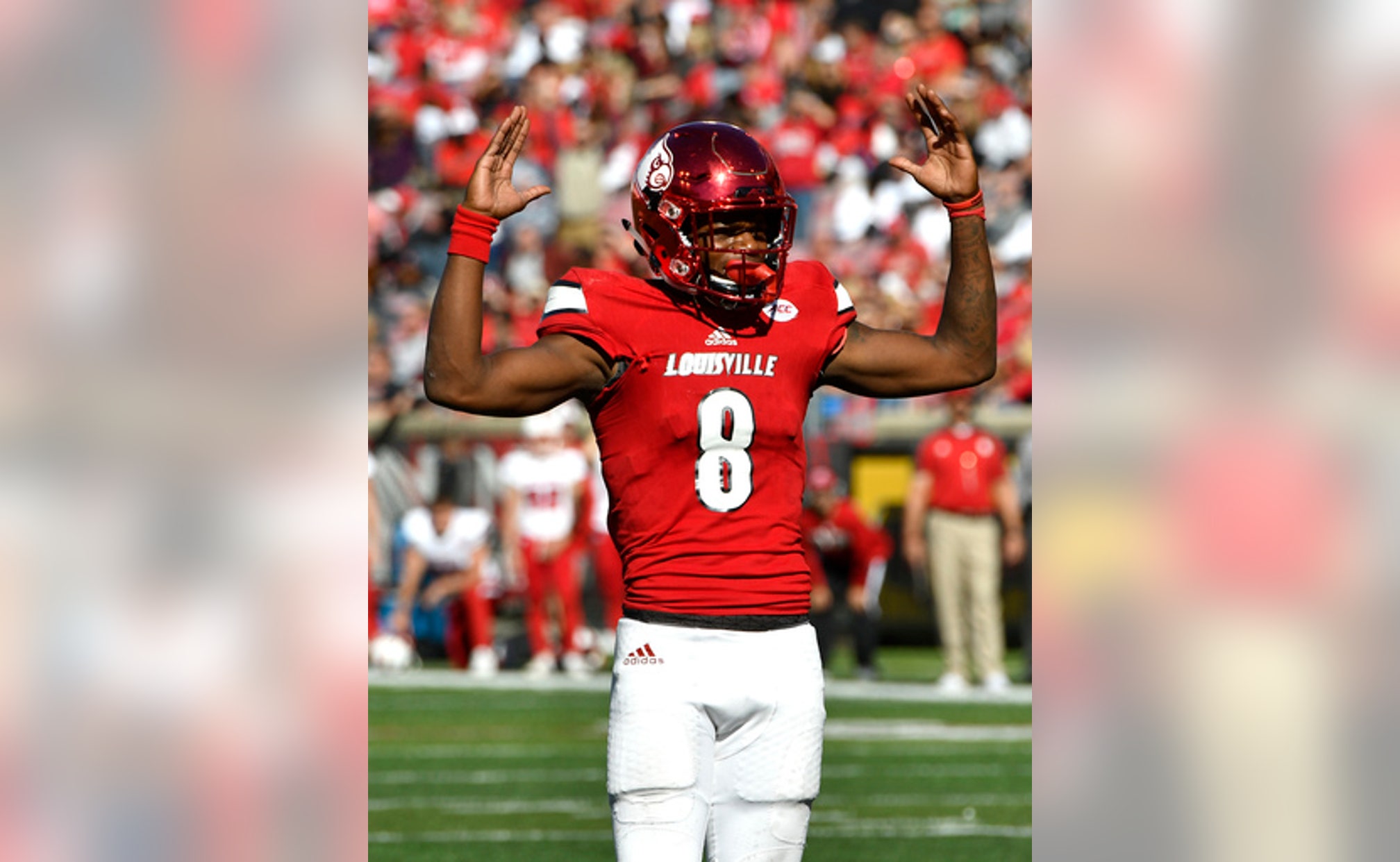 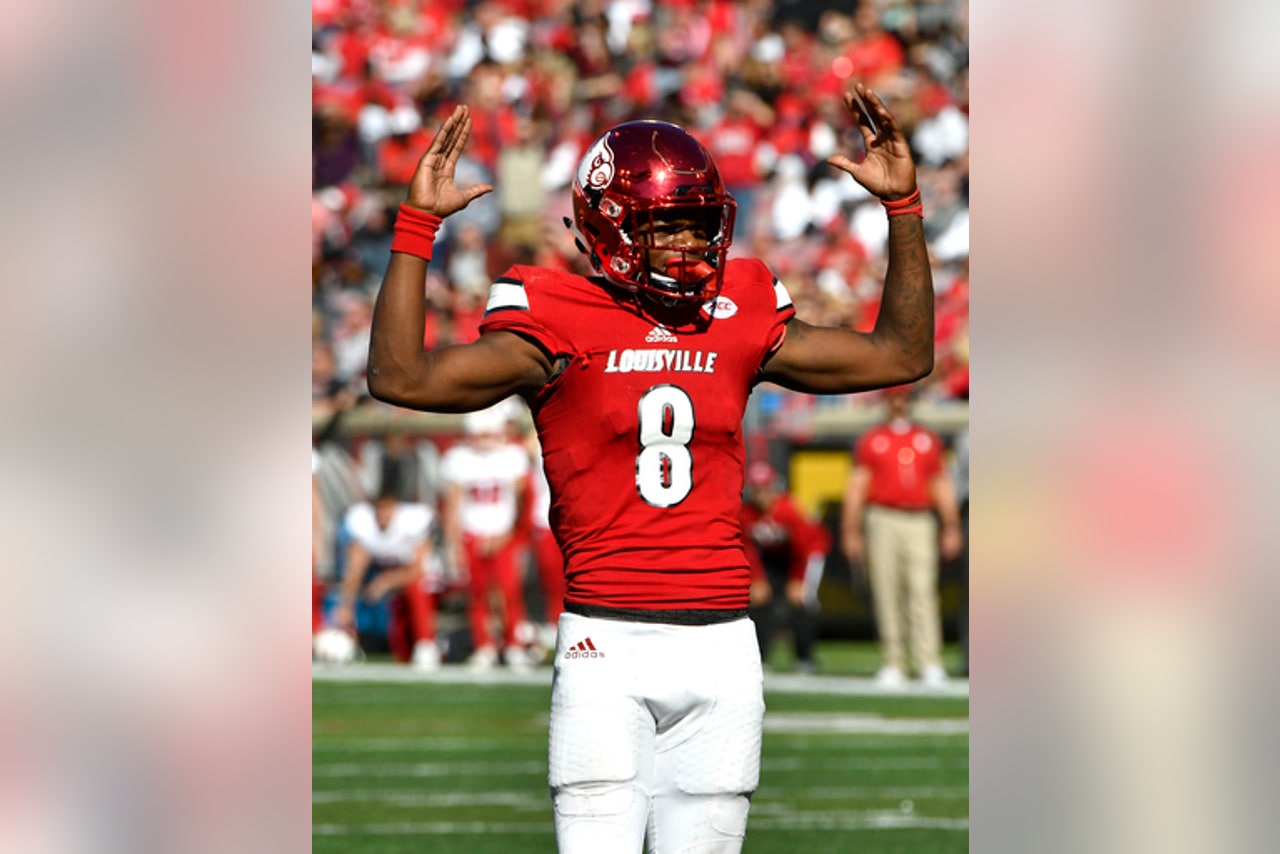 Jackson passed for three touchdowns and ran for a 36-yard score on the opening drive, giving him 34 TDs with five games to play. Dave Ragone and Brian Brohm each had 33.

Jackson, a sophomore quarterback and Heisman frontrunner, had 359 of his 431 yards on offense by halftime. He threw TD passes of 74 yards to Jaylen Smith, 3 yards to Cole Hikutini and 16 yards to Jamari Staples.

Jeremy Smith ran for a pair of 1-yard TDs for Louisville (6-1, 4-1 Atlantic Coast Conference), which reclaimed its high-scoring ways a week after managing a season-low 24 points against Duke.

''I think our guys took it personal and felt like we were the most physical team out there today,'' Louisville coach Bobby Petrino said. ''We executed well. ... The game plan was to throw the football and our guys ran really good routes.''

Blanton Creque had four field goals and six conversions to set a single-game school scoring record for a kicker with 18 points.

Whatever hope North Carolina State (4-3, 1-2 ACC) had of slowing the Cardinals and Jackson was quashed after kickoff.

Jackson's TD run capped a 72-yard, 93-second drive just as 55,218 were settling into their seats on homecoming. Louisville's next two scoring drives totaled 2:48 and the Cardinals might have had another if not for James Quick's fumble after a catch.

His 67-yard pass to Hikutini - who finished with a career-best 118 yards receiving on six catches - set up Jeremy Smith's first touchdown run. Hikutini's TD catch capped the next drive and Staples grabbed his first scoring pass of the season. Louisville outgained the Wolfpack 553-250 and held them to just 14 yards rushing on 25 attempts.

All this against an N.C. State defense that last week forced four turnovers and returned an interception for a TD at then-No. 3 Clemson before falling in overtime. The Wolfpack managed two third-quarter touchdowns to avoid a shutout, but not the rout.

And while N.C. State coach Dave Doeren acknowledged that players were hurt by the Clemson loss, he didn't expect this kind of hangover.

''We weren't ready to play today and that's on me,'' Doeren said. ''It was not our best against their best. When your turn the ball over, you're going to look bad. When you give up long plays, you are not going to look good. ... That wasn't the team we played with seven days ago.''

N.C. State: The Wolfpack's upset quest after last week's game slipped away at Clemson never got started. They were outgained 244 to minus-1 after one quarter before finishing with their second-lowest yardage this season.

Louisville: Other than a scoreless third quarter, Jackson and the Cardinals clicked on all phases in their most emphatic win since destroying Florida State. Jackson's TD passes to Jaylen Smith and Staples might have been his best, along with his run that got his day started. The Cardinals became bowl eligible for the seventh straight season.

Louisville's latest rout could boost its position and grab the attention of the playoff committee with the initial rankings just a couple of weeks away.

According to a tweet by ESPN Stats and Info, there have been eight instances of an ACC team yielding 40-plus points before halftime. N.C. State has been involved in three.

North Carolina State: The Wolfpack host Boston College next Saturday in search of their second straight series win against the Eagles.

Louisville: The Cardinals visit Virginia next Saturday, seeking to break a 2-2 series tie with their first win in Charlottesville over the Cavaliers.