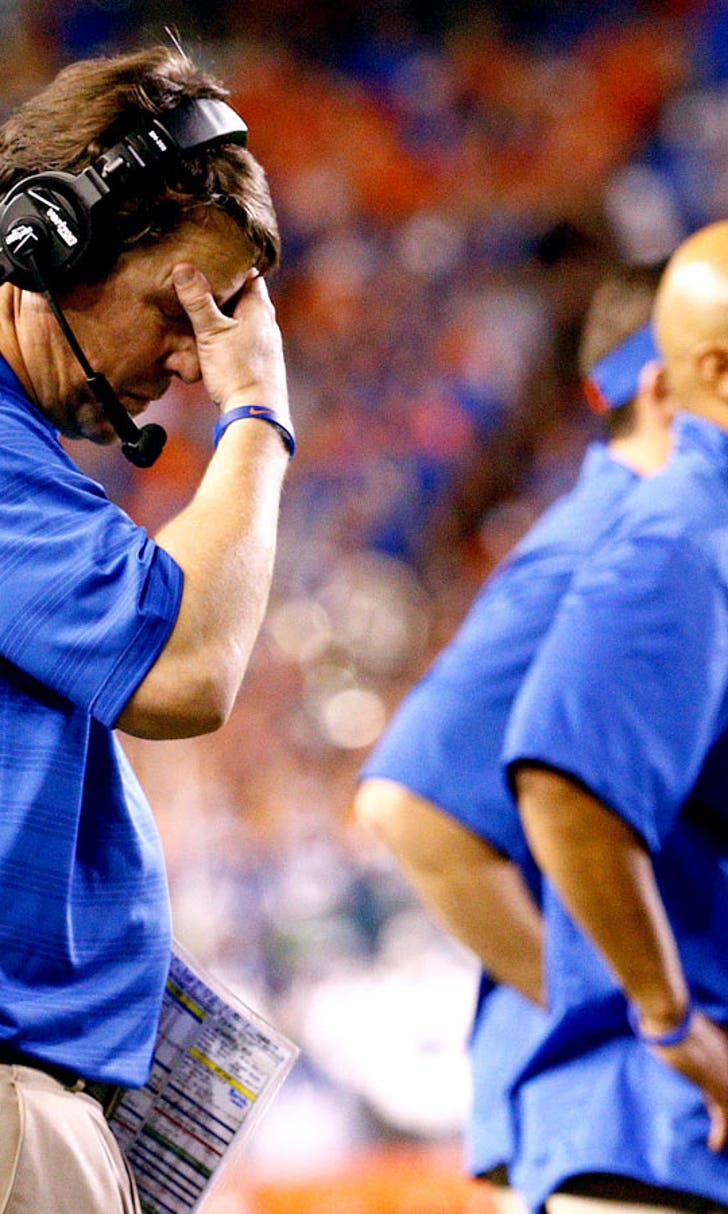 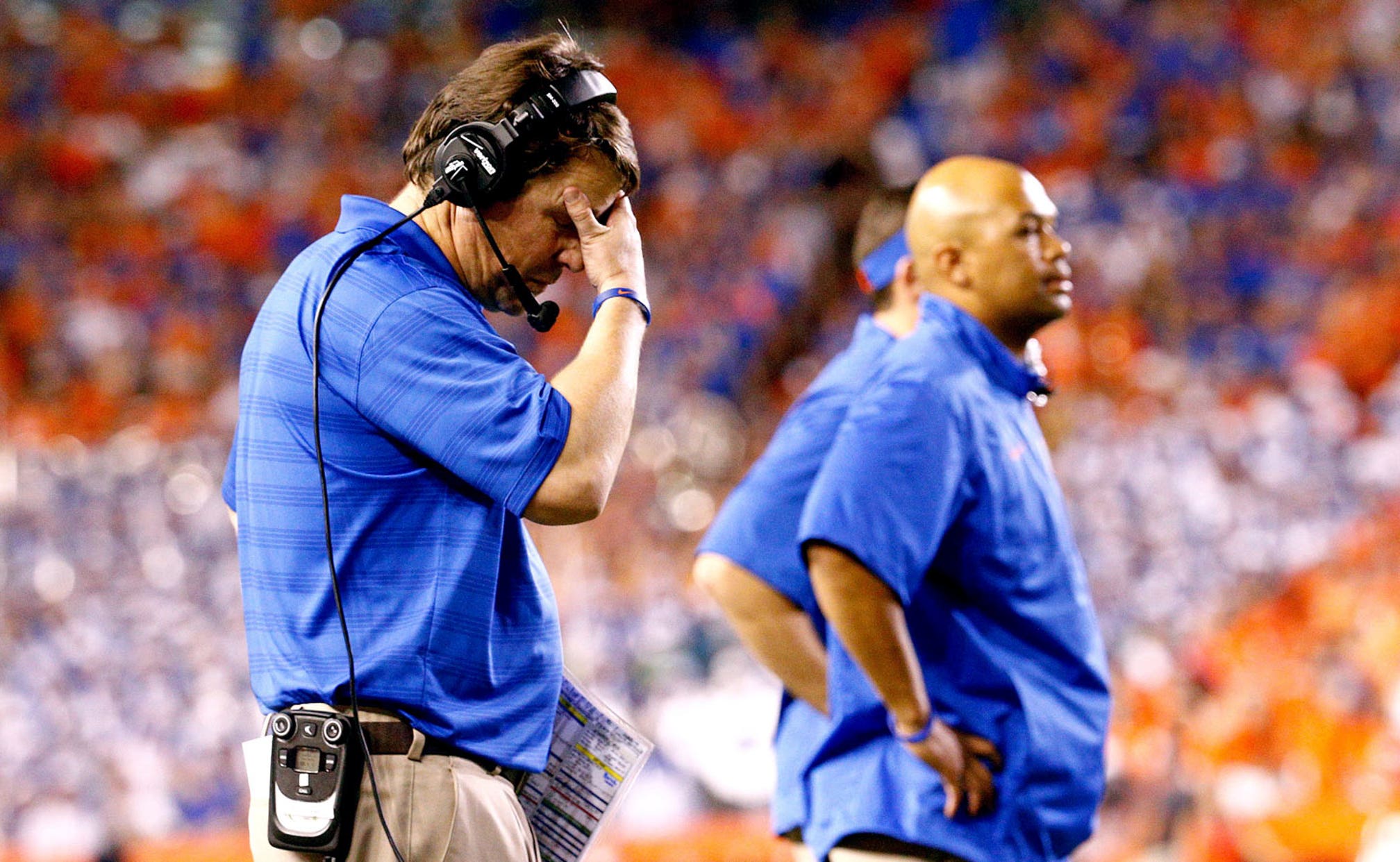 Is Will Muschamp doomed at Florida after brutal South Carolina loss? 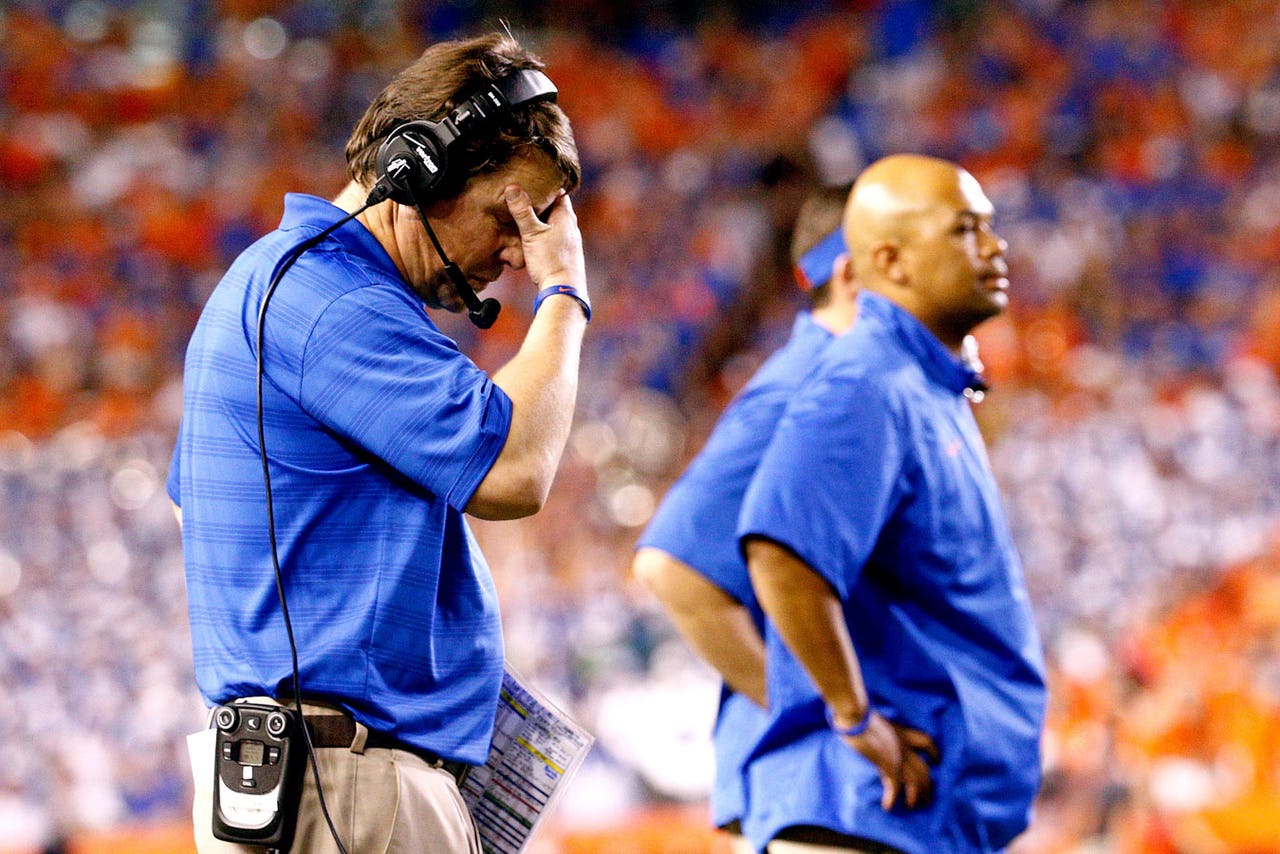 The game was over and Will Muschamp had breathing room ... and then it wasn't and the embattled Florida coach didn't.

With less than a minute left and a 17-10 lead over South Carolina in the Swamp on Saturday, Muschamp sent out his punting unit. Get the ball off and there would be little time and no timeouts left for the Gamecocks to rally.

However, the Muschamp era has been filled with gaffes and bloopers, and this day would be no different. Somehow, some way the Gators forgot to block South Carolina's Carlton Heard and he blocked the punt by Kyle Christy, which was recovered by the Gamecocks.

Adding insult to misery, South Carolina ran the ball with seconds remaining. On an option play, Dylan Thompson saved a bad shot gun snap, pitched to Mike Davis who dribbled the ball into the end zone before falling on it for a game-tying score (after the PAT).

It was almost predictable that the Gators would kick a field goal on their first overtime possesion, which they did, and the Gamecocks would score, which they did, as Thompson ran the ball in from four yards to make the final 23-20, South Carolina.

The only question left to ask is: Did the block punt and subsequent Gamecocks TD put the final nail in Muschamp's tenure at Florida?